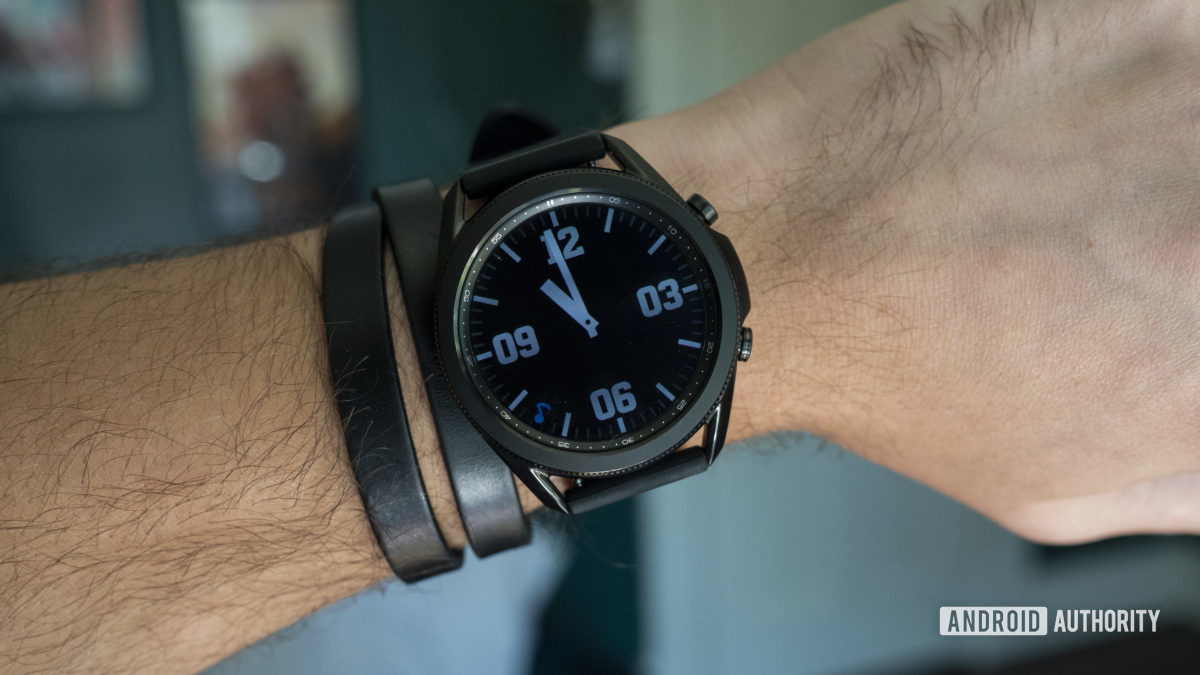 Update: June 25, 2021 (04:08 AM ET): We’ve updated the Samsung Galaxy Watch 4 hub below with new renders for the Galaxy Watch Active 4, some info about software announcements, and details surrounding the rumored inclusion of a BIA sensor on the Galaxy Watch 4. Read on for all the latest!

See also: The best smartwatches you can buy

Rumors of the forthcoming wearable are gathering momentum. Below, you’ll find a comprehensive list of all the credible leaks and rumors surrounding the Samsung Galaxy Watch 4 so far. We also have some info on the Galaxy Watch Active 4, which should launch at the same time. Be sure to bookmark this article and check in regularly for the latest. 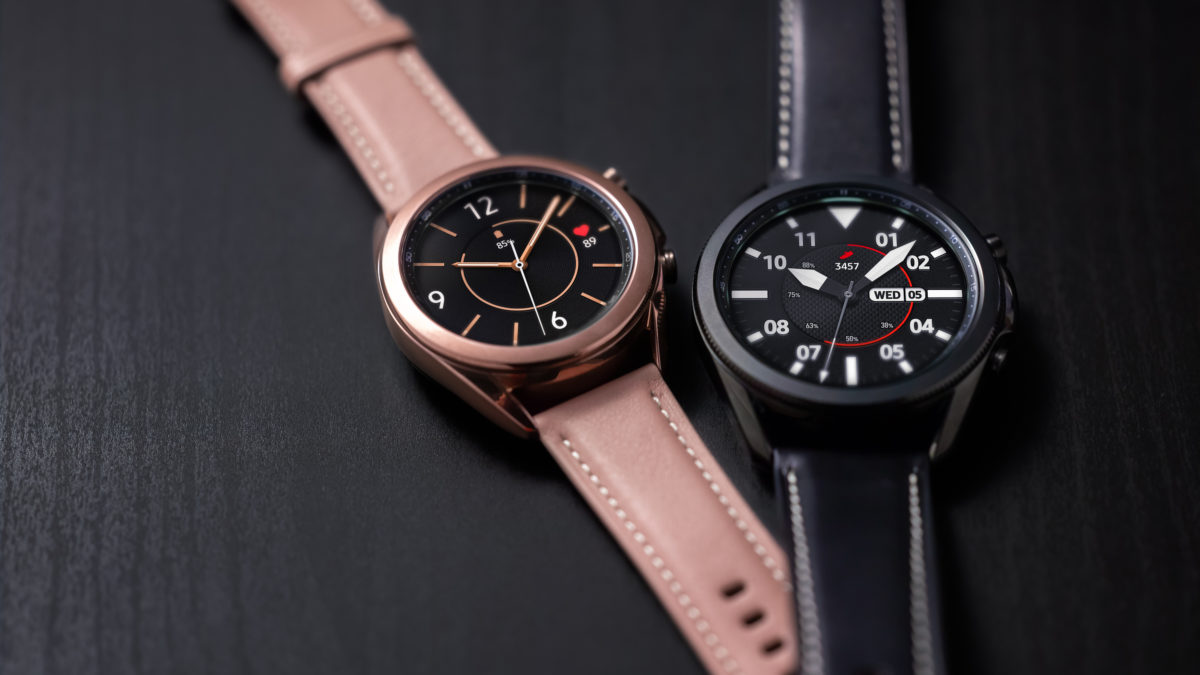 Samsung has switched up its product naming schemes now and again, skipping numbers or adding errant letters to its smartphones’ titles. We don’t foresee that happening with its Galaxy Watch line, though. As the fourth iteration of its Galaxy smartwatch, we expect the device to be called the Samsung Galaxy Watch 4.

There are conflicting rumors from multiple sources related to the launch date of Samsung’s next big products.

Keep in mind that Samsung did unveil its Galaxy S21 series much earlier than usual this year and we expect a June or July launch window for the Galaxy Z Fold 3 and Galaxy Z Flip 3. So it’s possible an earlier launch could happen.

However, yet another rumor suggests Samsung could just launch everything in August: the Galaxy S21 FE, two foldables, and the Galaxy Watch 4 series. We say “series” because a new listing on China’s 3C certification site suggests we could also see the Galaxy Watch Active 4 launch alongside the Watch 4. This supports earlier rumors from Ice Universe suggesting Samsung would debut its two watches simultaneously.

Finally, Samsung has scheduled an important event related to wearables on June 28, 2021. At this event, we expect the company to talk about the software that could launch on the new Galaxy Watch 4 series (more on that in a bit). It is unlikely it would also launch the watches at this time, but it’s not completely out of the question.

The bottom line here is that there are a lot of conflicting rumors related to the launch windows for the newest Samsung devices. Hopefully, we’ll get more clarity soon. 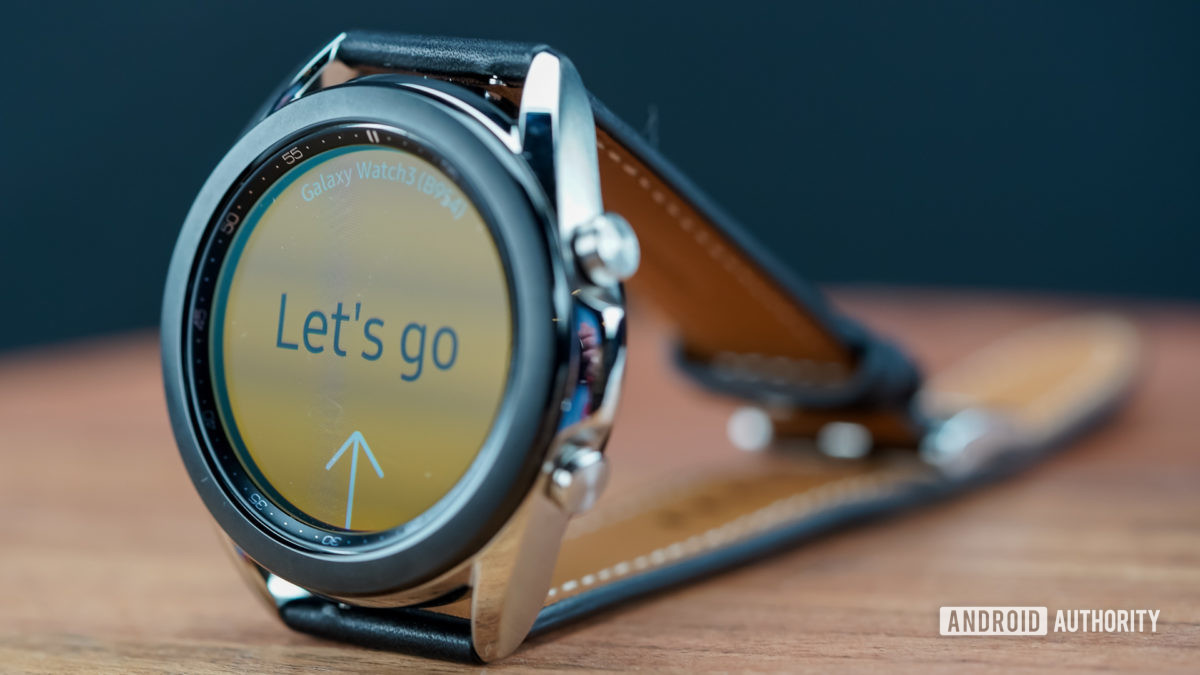 This would likely signal the return of the circular design and rotating bezel. As far as sizing goes, a leak of that information suggests we could see two sizes:

If those sizes end up being true, that means the larger Galaxy Watch 4 would be ever-so-slightly bigger than last year’s 45mm model.

But what about the Galaxy Watch Active 4? Thanks to serial leaker Steve Hemmerstoffer, aka @OnLeaks, we have an idea of that watch’s design: 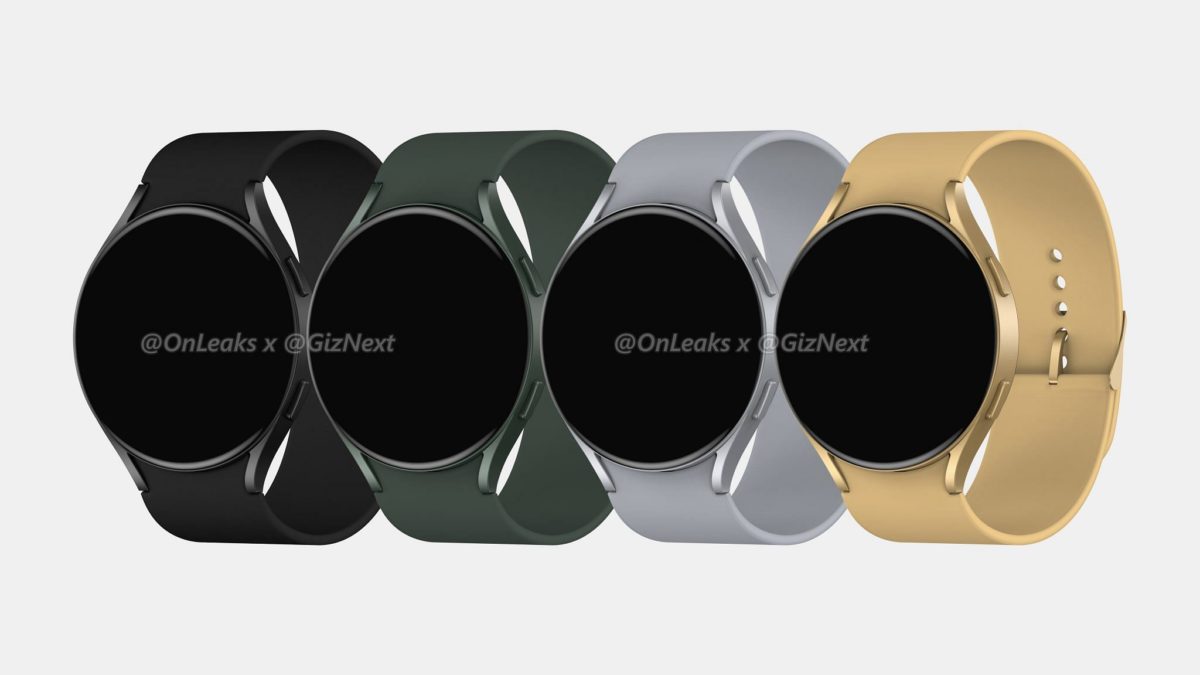 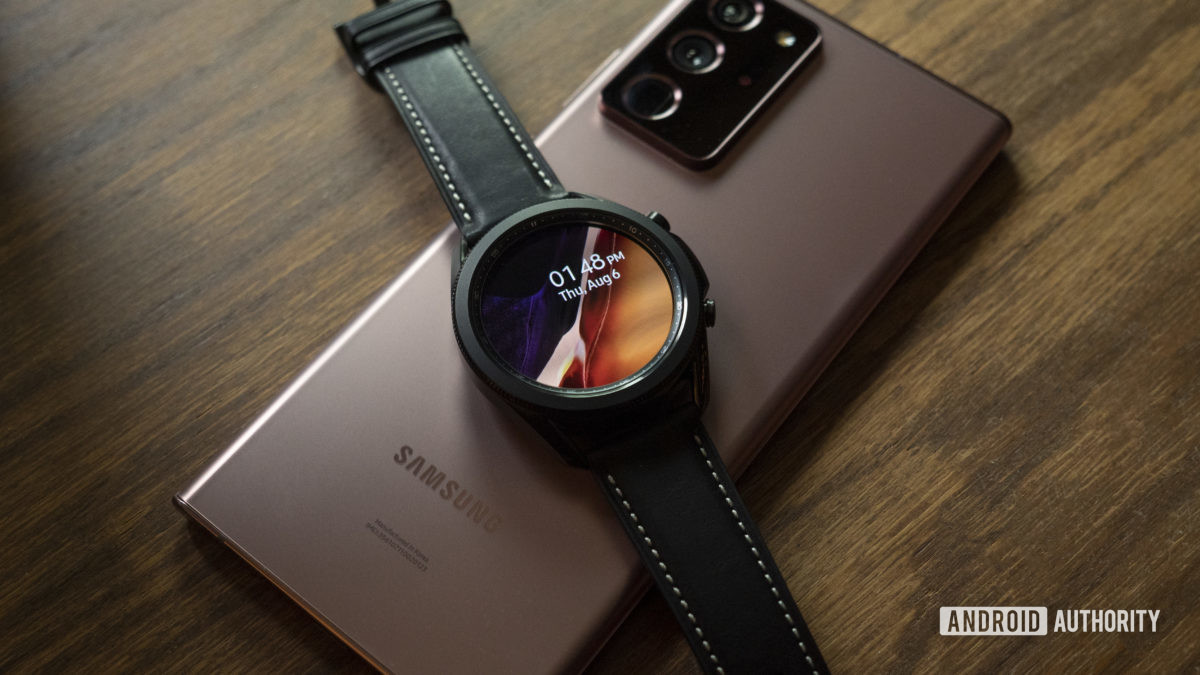 The Samsung Galaxy Watch 4’s raw technical specs also remain a mystery for now, but we may see some improvements to the wearable’s longevity.

According to an April report by The Elec, the 42mm Galaxy Watch 4 could feature a 240mAh battery — a decrease of 7mAh over the similarly sized Galaxy Watch 3. However, a listing by Finnish certification site SGS Fimko (via 91Mobiles) suggests the smaller Galaxy Watch 4’s battery could remain at 247mAh. It will also seemingly support 5W charging. The 46mm Galaxy Watch 4 may gain a 350mAh cell — 10mAh larger than its predecessor. We doubt these minute changes will result in major real-world results.

The 3C listing we mentioned earlier also suggests the watches will not be sold with power adaptors. It’s something Samsung has done previously with its smartphones, but could the company really not include chargers with its watches? It could be a move specifically relating to the Chinese edition of the watches. Nevertheless, once the devices pass through another certification agency, we should gain a clearer picture.

As for health tracking improvements, Samsung was tipped in January to add blood glucose monitoring to a future smartwatch. The company developed a system last year that uses lasers to detect the chemical composition of the blood. The addition would be a boon for those who have diabetes. Unfortunately, a more recent report suggests Samsung may have abandoned this idea.

According to another rumor, the Galaxy Watch 4 may introduce a new sensor to monitor body composition. The BIA sensor, or bioelectrical impedance analysis, would estimate the wearer’s body fat percentage, providing a broader overview of their general health.

It’s safe to expect the pulse oximeter, heart rate sensor, blood pressure monitoring, and ECG to make a return, though.

There’s a question mark hanging over the watch’s operating system. We already know that Samsung and Google have teamed up to deliver a new version of Google’s Wear OS platform. However, will the Galaxy Watch 4 series see the debut of that new platform?

We will likely learn a lot about this at the previously mentioned event happening on June 28. It’s very possible Samsung could announce which of its upcoming watches will see the new Wear OS.

Despite the chance of that big change, it seems the Galaxy Watch 4 software may pack a familiar look and feel. A leak suggests the Watch 4 could drape a One UI layer on top of Wear OS. 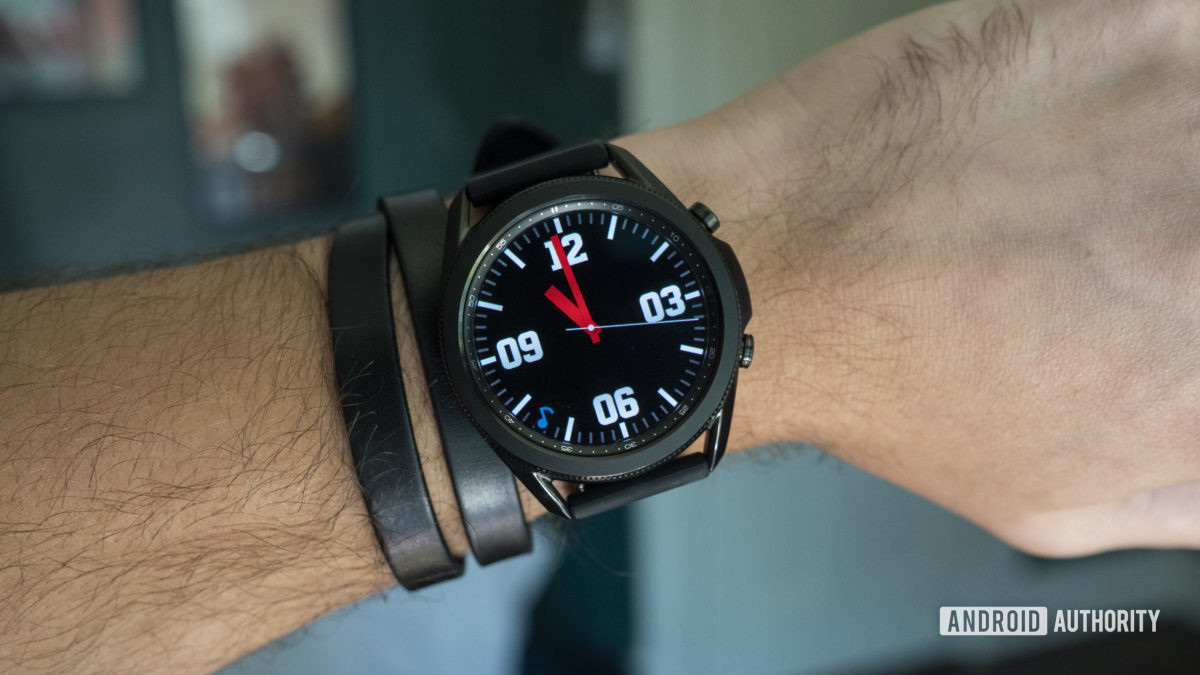 Samsung seems acutely aware of its products’ pricing in 2021. This year, it launched the Galaxy S21 series at a lower base price than the S20 line. Arguably, this was necessary, but could this philosophy filter down to the company’s flagship smartwatch too?

Related: The best Samsung smartwatches you can buy

Samsung’s Galaxy Watch 3 pricing started at $399, but the wearable did offer numerous improvements over its predecessor. However, it seems unlikely that the company would sell the new watch for anything less. This might be especially true if it implements additional health-monitoring tech.

As for availability, expect the Galaxy Watch 4 to be available to preorder on announcement day, with general sales commencing a few days later.

That’s all we know about Samsung’s next flagship smartwatch for now. Be sure to bookmark this Samsung Galaxy Watch 4 hub as we’ll update it with new info regularly!