Samsung was among the first phone makers to move into developing innovative and futuristic foldable devices. The first foldable phone launched by the South Korean smartphone manufacturer was the Samsung Galaxy Fold back in the year 2019. Two years since then, the Galaxy Fold has evolved by many folds. Be it in terms of design, the hand feel, the software or the performance, the latest generation foldable from Samsung dubbed the Galaxy Z Fold 3 gets pretty close to what the “perfect foldable” should be like.

I have been using the top-end model of the Galaxy Z Fold 3 in Phantom Black colour option since the last two weeks now. It comes in green colour option as well, but personally I find the black to be more subtle and classy. 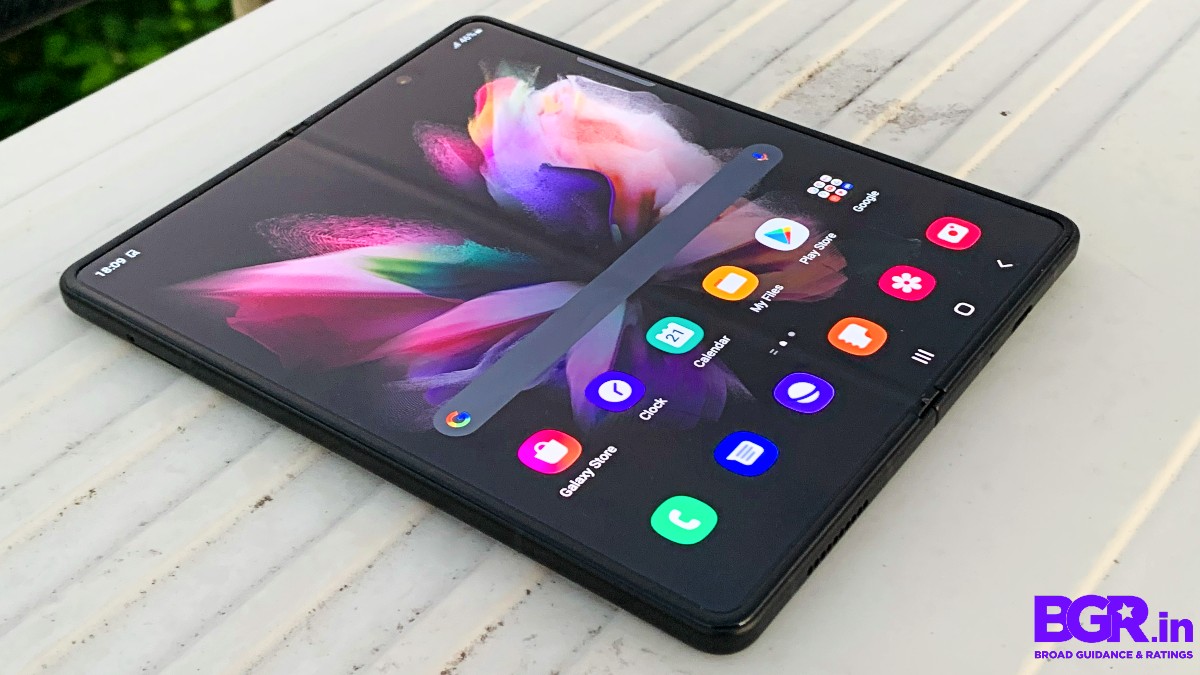 If you have used the Fold 2, the Fold 3 is going to look and feel quite similar with some useful improvements here and there. What impressed me the most is the balanced form factor and weight. Last year, when I spent some time using the Fold 2, one of the few issues I had was its bulky build. Samsung probably has taken the feedback into consideration and designed the Fold 3 in a way that it can be used with ease all through the day.

Samsung Galaxy Z Fold 3 looks similar to the previous generation foldable dubbed the Galaxy Z Fold 2. The glassy foldable smartphone includes two displays, wherein the bigger one measures 7.4-inches. The outer or the secondary display is slightly smaller and measures 6.2-inches with very minimal bezels around, which offers much improved multimedia experience when compared to the predecessor.

The cover panel includes triple rear camera module consisting of a 12-megapixel wide coupled with a 12-megapixel telephoto and ultrawide angle lens. The main display consist of a 4-megapixel selfie shooter inside of the hole punch, while the cover display packs a 10-megapixel image sensor.

On the side the Galaxy Z Fold 3 includes a side mounted fingerprint sensor, which unlocks the screen in a blink of an eye, embedded on top of the power key. Right above the fingerprint sensor, there’s the volume rocker. These keys are pretty easily reachable using one hand itself. 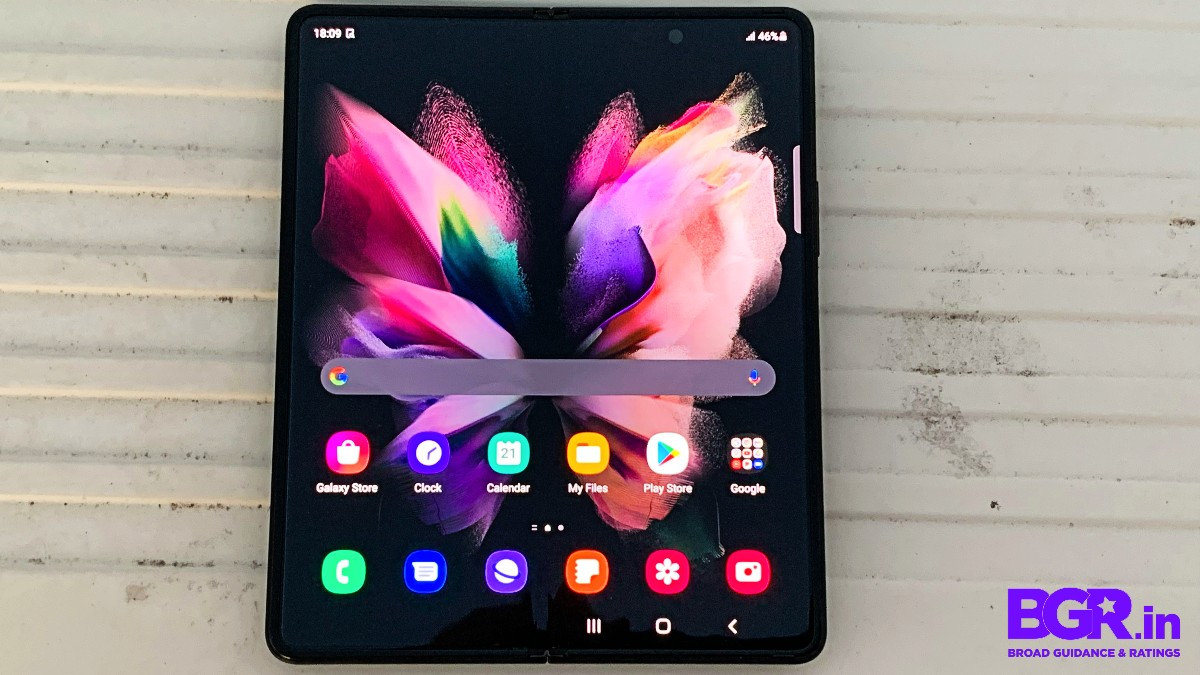 Overall, the Galaxy Z Fold 3 looks extremely premium and classy and offers a clean design. Despite packing so many features, the Samsung foldable smartphone doesn’t look cluttered at any point in time.

The Galaxy Z Fold 3 also offers a great build quality and is extremely comfortable to use at all times. Compared to the previous generation Fold, this one is very well balanced and when folded, one can use the device with one hand easily. However, in an unfolding state or tablet mode, you will require both hands to complete your daily task.

The process of folding and unfolding the Galaxy Z Fold 3 is extremely smooth. The hinge offers a sturdy build, and the phone doesn’t feel flimsy at any given point in time, which has always been the fear when it comes to foldables. So, kudos to Samsung for that.

Display is one of the best aspects about the Galaxy Z Fold 3. There are two screens – the primary one and the one on top of the cover. Even though the cover display offers a taller aspect ratio, it gets the work done, in my opinion. The foldable device includes extremely slim bezels on the sides and Samsung has very smartly hidden the punch hole and it at no time interferes with the viewing experience.

The outer screen lets you do so much beyond just checking notifications. It allows you to play games, browse social media, send emails and messages, and watch movies and web series. For a better experience, I suggest using the primary display. While most of it is good, typing a message or an email on the cover display can be a task and that’s mainly because of the smaller keypad. 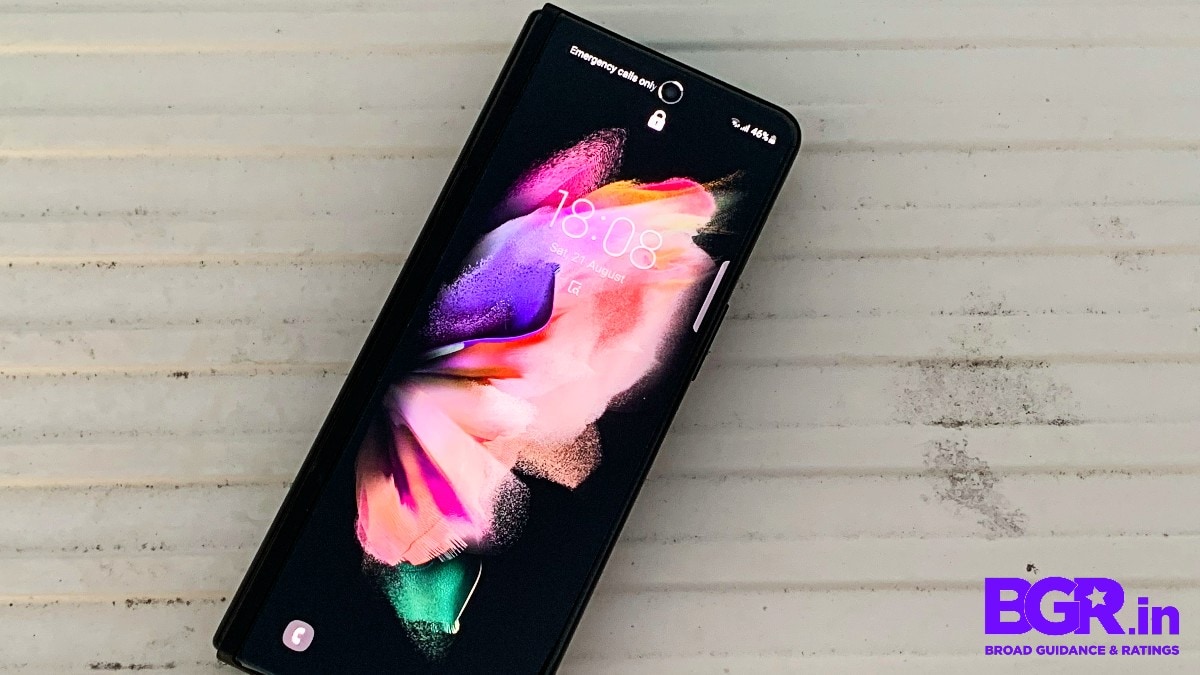 The experience gets better when switching to the bigger or the primary screen. The main display is fantastic and surely one of the best you will get in a foldable device yet. Be it watching movies or playing games, the primary display of the Galaxy Z Fold 3 offers a superb multimedia experience.

The bigger display makes multi-tasking extremely easy and smooth. The fold allows you to open number of tabs in one screen and make multitasking easier than ever before. The crease on the Fold 3 blends well with the overall display when compared to the previous generation fold, it is still visible and interferes with the overall media consumption.

To get it right off the bat, camera is one of the few departments that could have been better when it comes to the Galaxy Z Fold 3. It packs three 12-megapixel rear camera sensors coupled with a 4-megaixel sensor on the main display and 10-megapixel shooter on the outer display.

You can click photos from the rear camera module in folding as well as unfolding state. Capturing photos in either way is extremely comfortable, but I personally prefer the primary display since it shows the camera models and the object very clearly. However, for selfies I would suggest using the 10-megapixel image sensor on the cover display since the main display produces grainy shots and often miss out on details. 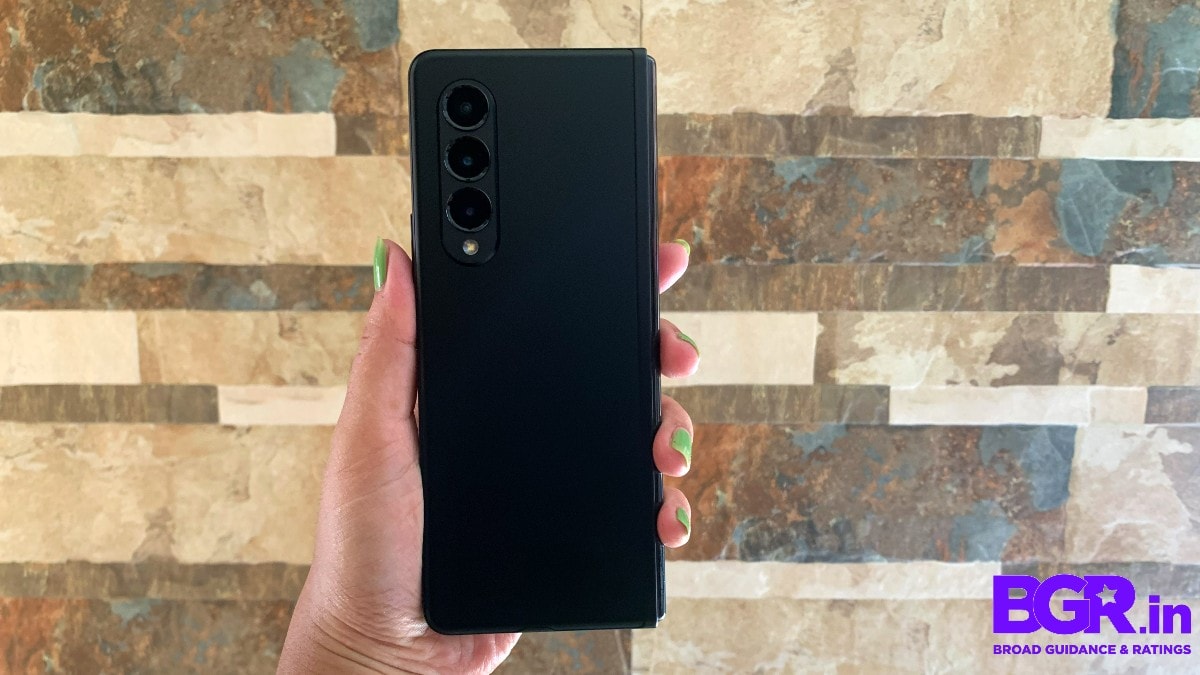 The Galaxy Z Fold 3 captures decent photos in day light situation but not as good as some of the other level smartphones such as the Samsung Galaxy S21 Ultra. Most photos clicked with the Z Fold 3 miss out on details and colours sometimes look too vibrant, which should impress some, but I personally didn’t like it much. Portrait and ultrawide angle shots also miss on details most of the time. Overall, these photos look good but zoom in slightly and you will see these pictures appear too mussy and lose out on details. All-in-all, if you are expecting good flagship level camera experience from the Fold 3, you could be disappointed.

Coming to front camera performance, the Samsung Galaxy Z Fold 3 surely isn’t the smartphone if you want to click superb selfies. The foldable manages to click decent selfies and also in portrait mode but details are missed here as well. Since there are two selfie shooters, I would personally suggest using the cover display image sensor since photos clicked with the shooter on the main display appear grainy and miss of details most of the time. 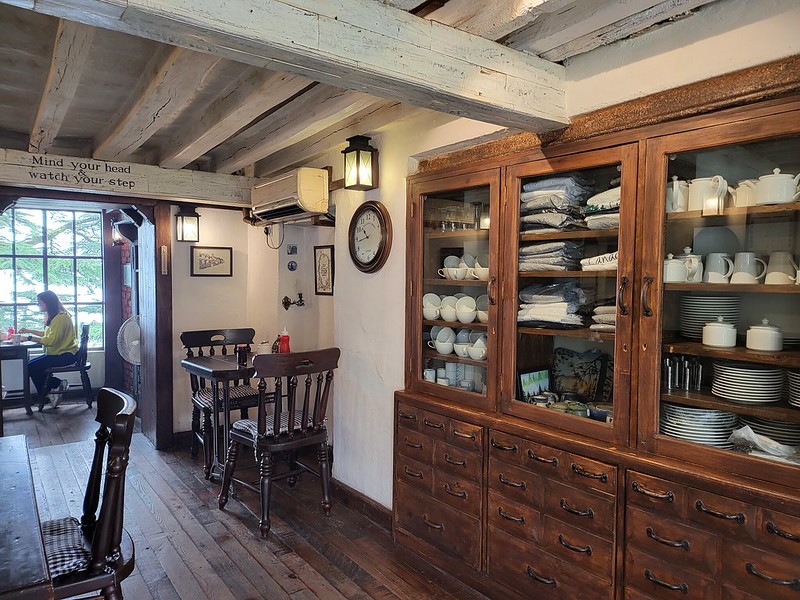 I have been using the Samsung Galaxy Z Fold 3 for nearly two weeks now and performed almost all day-to-day tasks including sending emails and WhatsApp messages, clicking photos, browsing the social media and the internet, taking calls – voice and video, and so much more. At no point did I feel the Galaxy Z Fold 3 couldn’t handle the extensive usage. Despite multiple apps running in the background, the foldable device offered a smooth, lag-free user experience. The phone does heat up sometimes. 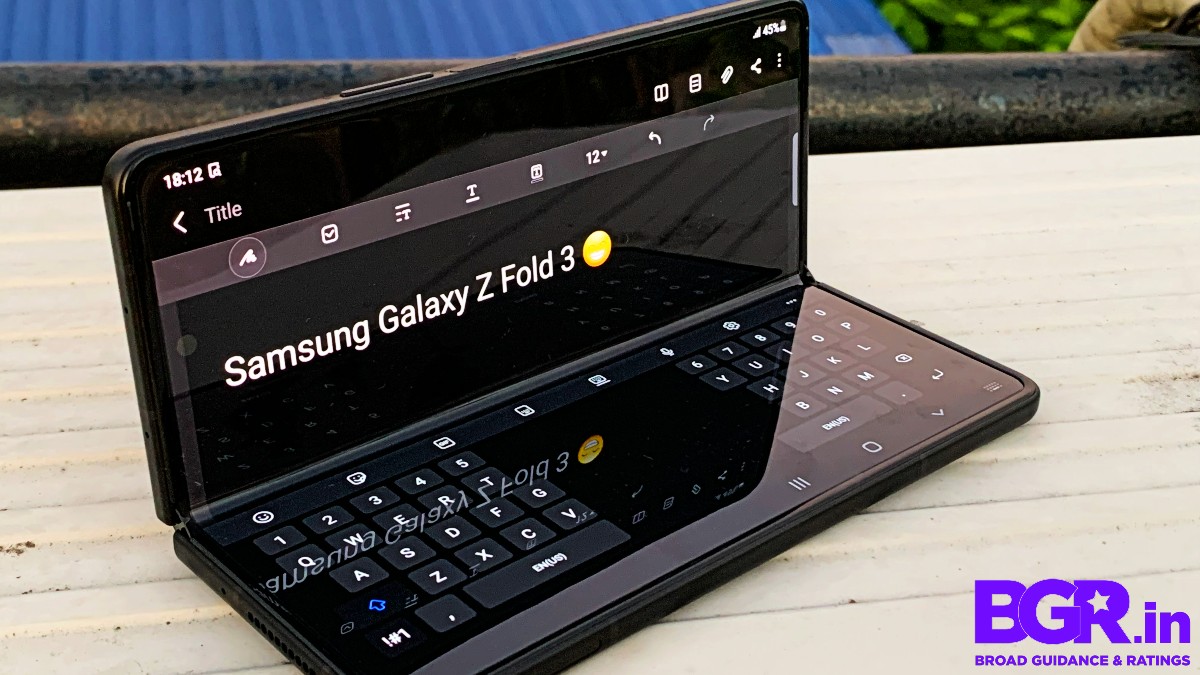 I am not really a gaming person, but I did try out a few mobile games such as BGMI, Garena Free Fire, Asphalt 9 to see how they perform. And as expected, the Galaxy Z Fold 3 was able to handle these popular mobile games seamlessly. Battlegrounds Mobile India game was, in fact, running on high graphics and still the fold was able to offer a fantastic overall performance and didn’t stutter. So, if you depend on your smartphone a lot for everything you do throughout the day, the Galaxy Z Fold 3 is definitely not going to disappoint you.

One of the few areas where I believe the Samsung Galaxy Z Fold 3 could have been better is the battery. I used the phone for doing day-to-day tasks including sending emails, WhatsApp messages, browsing social media platforms, making calls, clicking wide range of photographs and more. With such an extensive usage, the Galaxy Z Fold 3 lasted around 14 – 15 hours for me, which is not very good for a phone that charges such a hefty amount. I expected the phone the last for a day in single charge.

The Samsung Galaxy Z Fold 3 also takes quite some time to charge up completely. What I personally noticed is that the battery drains drastically when the main screen is used for longer duration, say, when you are watching a movie or a web series or playing extensive gaming sessions. Unfortunately, the fold doesn’t come bundled with a charger in the box but supports 25W fast charging capability. 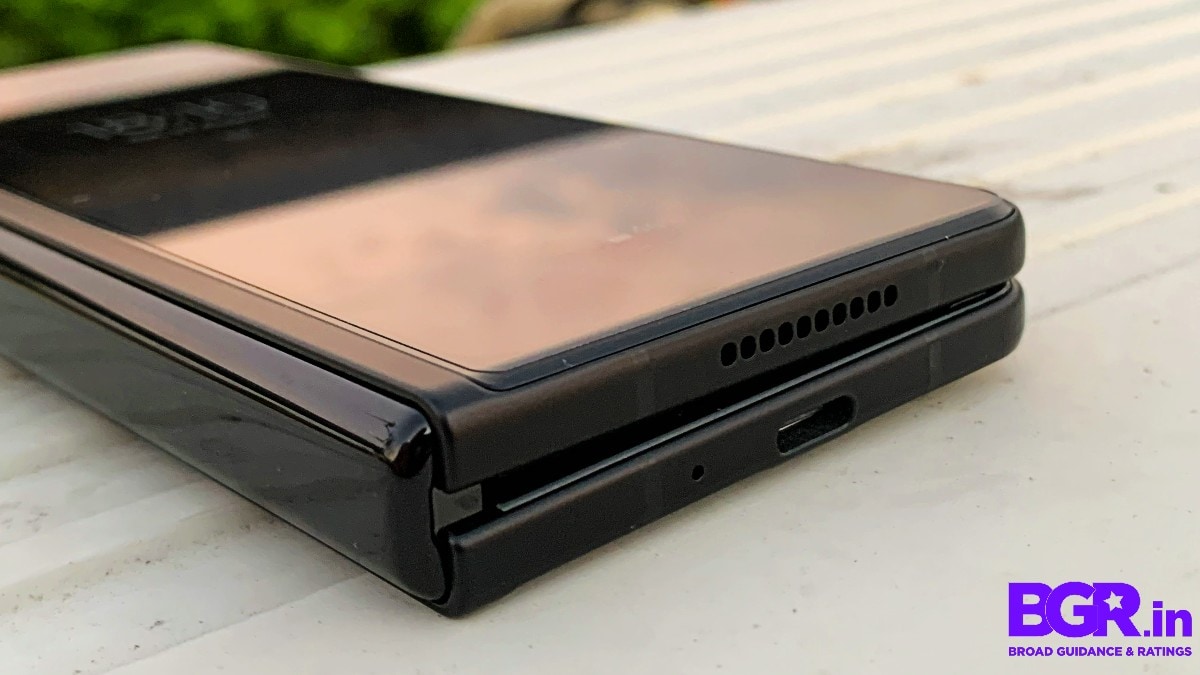 Similar to all other foldables in available in the market, the latest one from Samsung is also for consumers looking to flaunt a fancy folding device at their next business meet.

Samsung Galaxy Z Fold 3 is definitely among the best foldable phones that the South Korean smartphone manufacturer has developed so far. The Galaxy Z Fold 3 is a refined version of the previous generation Fold 2 in terms of overall experience. Overall, the device offers a well balanced design and build and even the user interface and performance have improved when compared to the Fold 2. Some areas where I believe the Z Fold 3 could have been better are camera and battery.

So, should you buy the Samsung Galaxy Z Fold 3 as your next daily driver? If you have the budget and can spend a hefty amount of around Rs 1,50,000 for a foldable smartphone, go for this one. In fact, it will not be wrong to say that the Galaxy Z Fold 3 is one of the best foldables available in the Indian market right now.