Samsung has introduced the Galaxy Z Fold 3, its third-generation foldable smartphone, and the lineup has come a very long way. When the original Samsung Galaxy Fold first shipped, screens started breaking on reviewers. The Korean firm had to go back to the drawing board to make further improvements before it even shipped.

It was far from the mature product you see before you today. Indeed, the Samsung Galaxy Z Fold 3 is set to be one of the best foldable phones on the market now. That’s the benefit of being first.

Design and Display: The Samsung Galaxy Z Fold 3 is refined

As I said, the original Samsung Galaxy Fold was a disaster and was delayed by months as Samsung worked on improving its durability for the second revision. Now when you buy a Galaxy Z Fold 3 today, you’re not wondering if the screen will break in a week. We don’t have to ask that question anymore. If you want one giant thing that’s changed between then and now, that’s it. 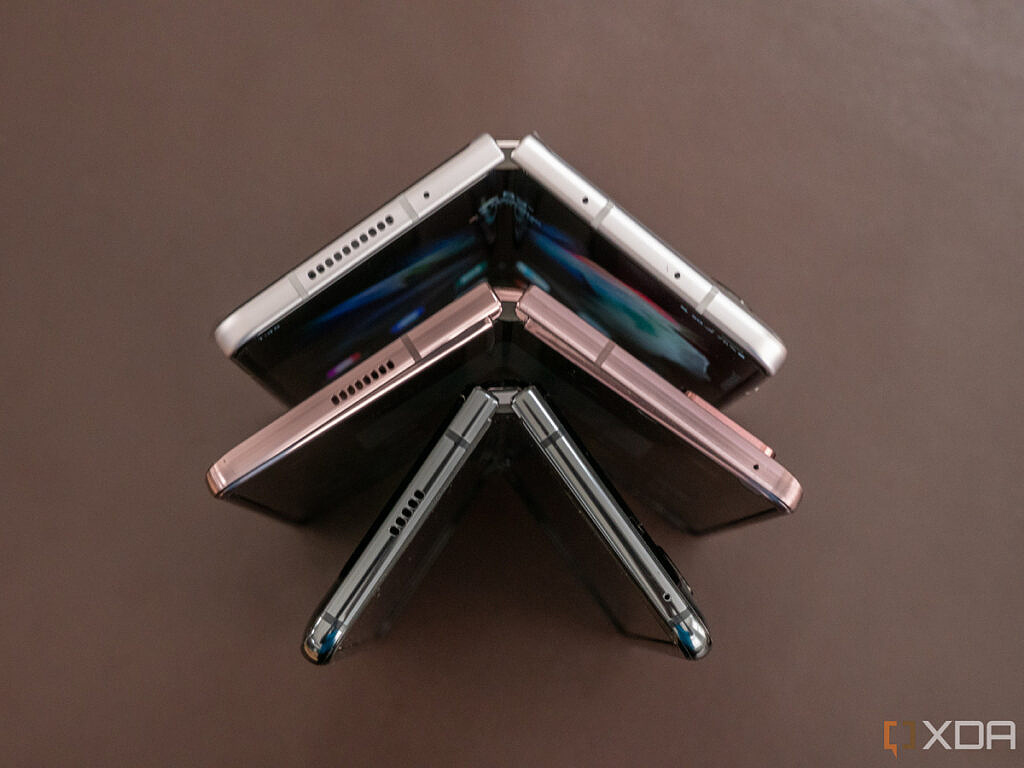 Looking at the actual design, the Samsung Galaxy Z Fold 3 is thinner, smaller, and lighter, although not by much. You’d have to put them side-by-side to tell the difference between the chassis themselves. The Z Fold 3 is only 5g lighter, and when folded, it’s 1.1mm thinner (1.2mm when unfolded). It’s 1.7mm shorter, and it’s 4.3mm wider when folded. 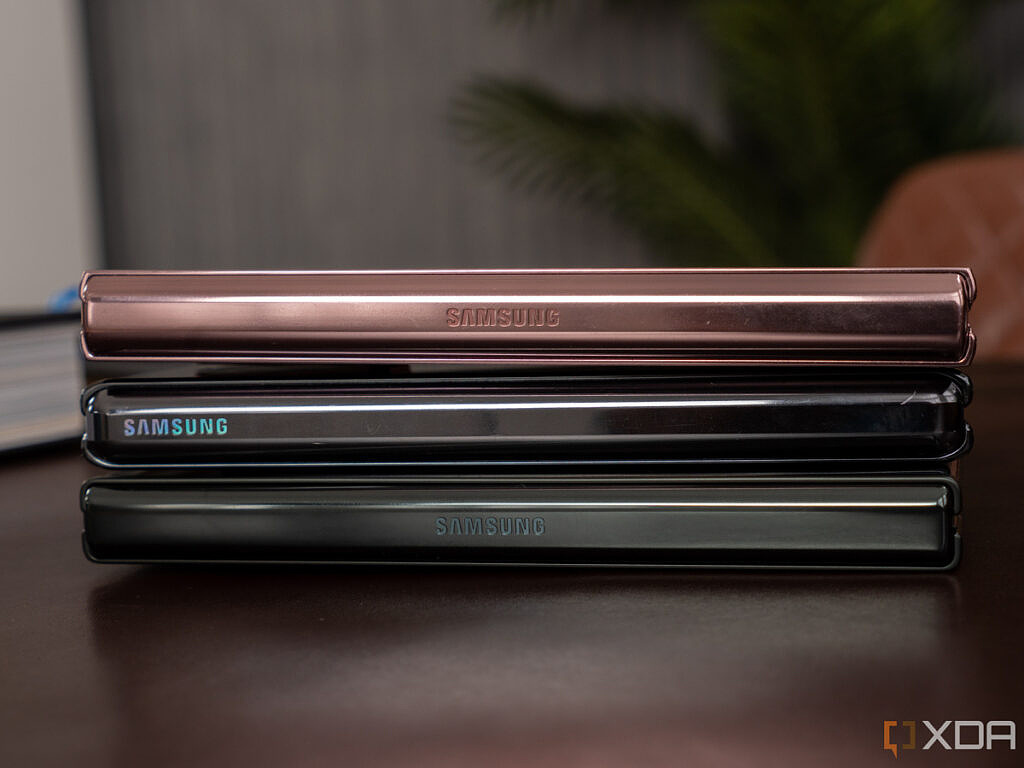 The inside screen is a bit bigger at 7.6 inches instead of 7.3 inches. The aspect ratio is larger on the Z Fold 3 as well, so it’s significantly bigger. The refresh rate is 120Hz now, making for smoother motions and animations.

One big change with this year’s model is S Pen support. With a big mini-tablet-sized screen, it would seem that the Samsung Galaxy Z Fold 3 and the S Pen are made for each other, making for a nice, easy way to take notes or draw. It took some time to get the pen right for the softer display though, so you have to get either the S Pen (Fold Edition) or the S Pen Pro.

Another significant change in the display is the external/cover display, the one you see when it’s folded. It’s 6.2-inches now at a 24.5:9 aspect ratio, compared to the 4.6-inch 21:9 screen that was seen on the original Galaxy Fold. This screen is always going to be your first interaction with the device, and while we like to talk about the big internal folding screen, the external screen is going to be the one you see any time you use it without unfolding it. 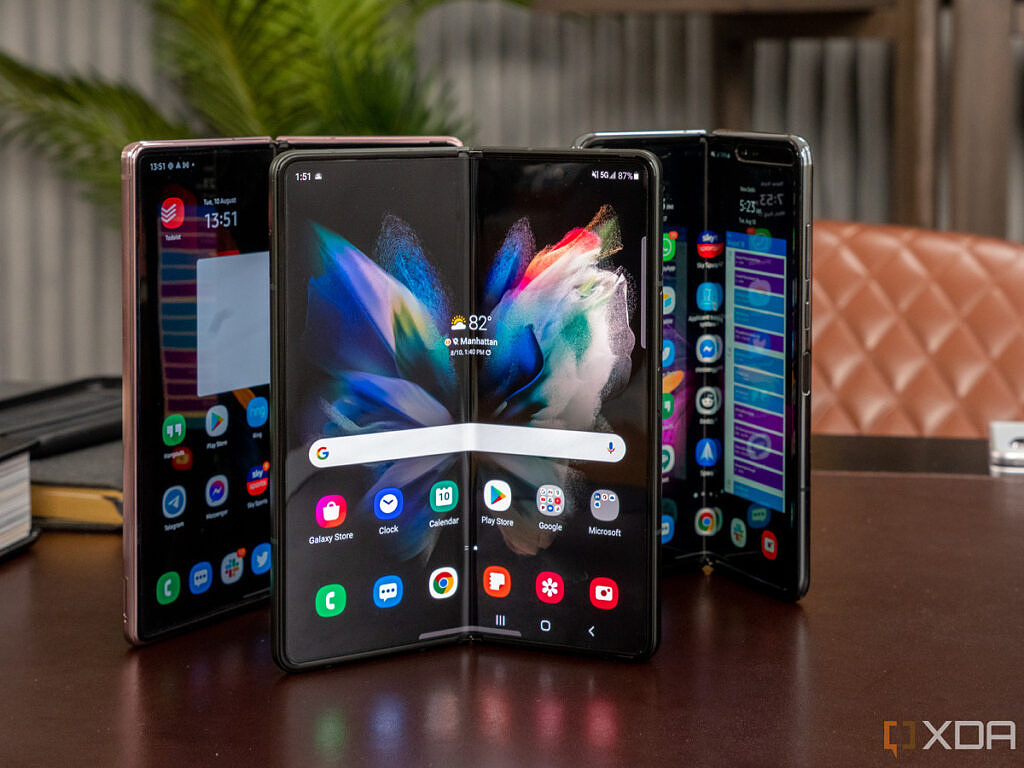 The Samsung Galaxy Z Fold 3 comes in new colors like Phantom Black, Phantom Silver, and Phantom Green, the former two of which have already been seen on the Galaxy S21 Ultra. You remember Phantom Black, right? That’s the one where the company went into detail about how it came up with a shade of the most common smartphone color in existence, black. Notably, the original Galaxy Fold only came in Space Silver and Cosmos Black. More colors are a sign of a more mature product since it’s not experimental anymore and Samsung understands what kind of supply it needs.

As you can see from the spec sheet above, most of the improvements in these departments are about what you’d expect. Indeed, when it comes to a device with a foldable display, the thing that matters is, you guessed it, the folding display.

The camera updates are pretty incremental, keeping up with the rest of the Galaxy lineup. The resolution of the main sensor is still 12MP, but it’s bigger and should be better in low-light. It’s about what you’d expect from two generations of Galaxy cameras. There’s still an ultra-wide sensor and a 2x zoom lens. 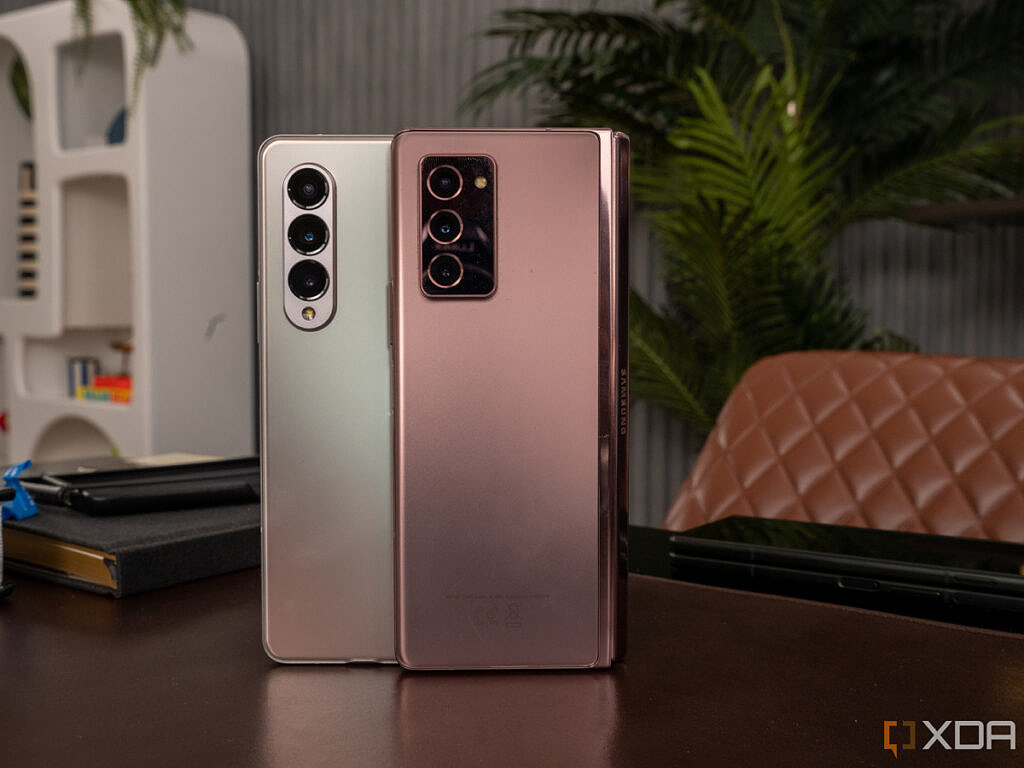 Speaking of the Snapdragon 888, there’s a massive performance bump there. Keep in mind the Galaxy Fold came with a Snapdragon 855, so like there are two generations between the phones, there are also two generations between the chipsets. The Snapdragon 888 has the new Cortex-X1 core, which is powerful and comes alongside the Adreno 660 GPU. You can combine that with the Hexagon 780 for the Sixth Generation Qualcomm AI Engine. Along with the massive performance gains, there’s also the Spectra 580 ISP, which is the first triple ISP in a Qualcomm chipset. That means the ISP can handle taking pictures from three sensors at once.

But again, all of this is incremental. That two-generational journey is nearly identical to plenty of other devices. The camera keeps up with modern devices, the battery is almost the same size if not slightly bigger, and the chipset used is the one from this generation.

Most of the changes have been moderate and incremental over the years. That’s no surprise; welcome to the world of smartphones. For a few years now, foldable devices have represented the most exciting change in the smartphone landscape that we’ve seen in a while. Everywhere else, we just have a rectangular slab where every year, we get a slightly better display, a slightly better camera, slightly better performance, slightly better battery life, and so on. 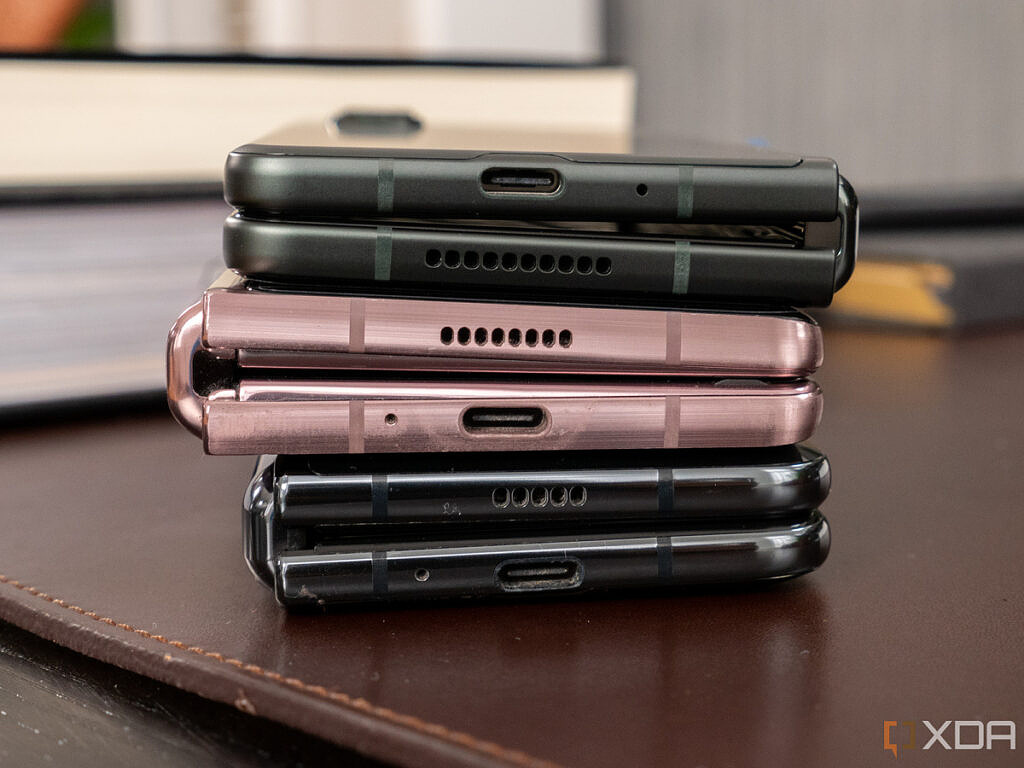 To revisit my original point, the biggest thing that’s changed is this is a mature product. After the original Galaxy Fold fell apart in the hands of reviewers, I wouldn’t have bought it in a million years, even after it was fixed. That’s not a concern anymore. The foldable OLED screen technology, once a cause for concern, is now tested and true. You can buy the Samsung Galaxy Z Fold 3 without worrying if you’re wasting a couple of thousand dollars now, and that’s a big difference. 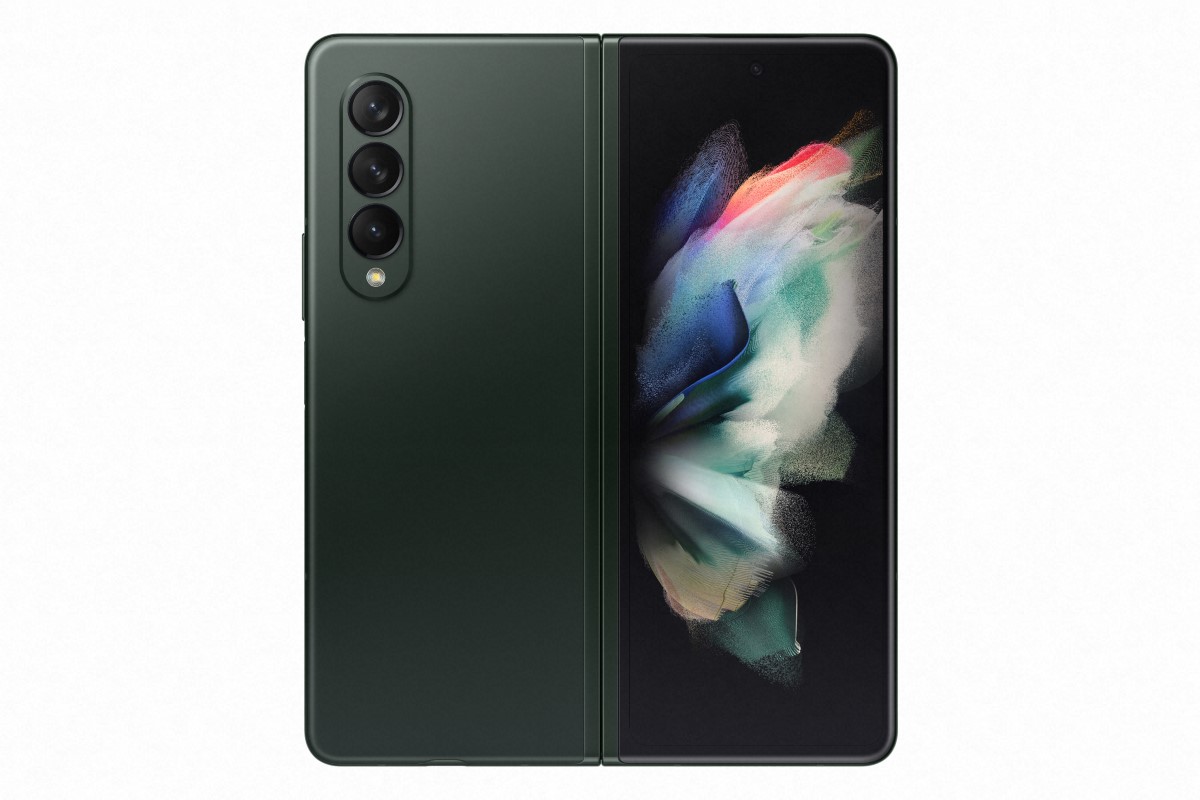 The Samsung Galaxy Z Fold 3 is the flagship foldable smartphone from the Korean firm, now packing an IPX8 rating and a 120Hz display