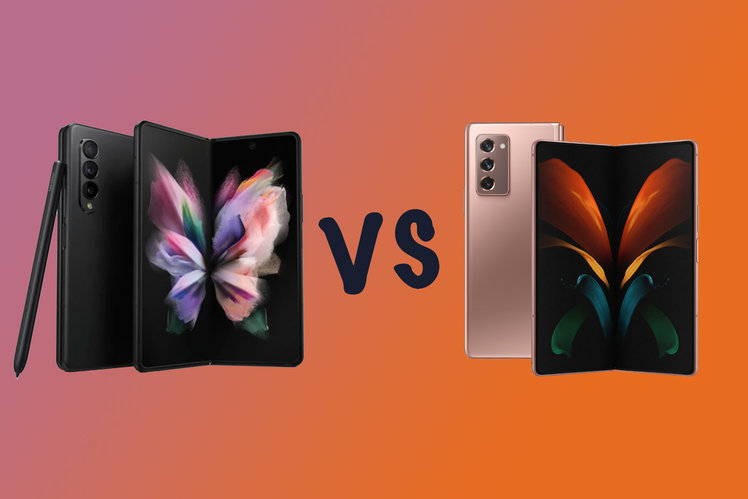 Samsung is expected to reveal the Galaxy Z Fold 3 alongside the Galaxy Z Flip 3 and a few other devices during Unpacked on 11 August 2021.

Though Samsung itself hasn’t confirmed any specifications of the Galaxy Z Fold 3, there have been an abundance of rumours, helping reveal what we can expect from the third generation – or fourth if you count the fixed version of the original – of the device.

The vertically-folding, bookstyle design is set to continue for the Z Fold 3 with a large display on the front, unfolding to a larger internal display, though there has been some talk of the Z Fold 3 adding IPX8 waterproofing, as well as a tougher frame.

Other reports have also suggested the Galaxy Z Fold 3 may offer an under-display front camera on the main display, which would see a more seamless design than the Galaxy Z Fold 2’s centralised punch hole camera.

The foldable dynamic AMOLED display has HDR10+ certification and it offers a 120Hz refresh rate. The cover display on the outside of the device is AMOLED, but it has a standard 60Hz refresh rate.

The Galaxy Z Fold 3 is rumoured to be coming with a 6.23-inch screen on the outside, offering a 2268 x 832 pixel resolution, while the inside display is claimed to be 7.56-inches with a resolution of 2208 x 1768 pixels, making it the same as its predecessor. A 120Hz refresh rate is expected on the main display again, as well as HDR10+ support and it’s claimed to be a LTPO display.

The Z Fold 3 will offer support for the S Pen, like the Galaxy S21 Ultra, though Samsung has said it has designed an S Pen specifically for foldables.

The Samsung Galaxy Z Fold 2 runs on the Qualcomm Snapdragon 865 platform, with 12GB of RAM and a choice of 256GB or 512GB of storage.

Rumours have been thin on the ground in terms of what hardware the Galaxy Z Fold 3 will offer, but we would expect to see the Qualcomm Snapdragon 888 or the 888 Plus, supported again by at least 12GB of RAM and 256GB storage.

It is expected that the Z Fold 3 will be 5G capable again, though rumours have claimed the battery capacity will be a bit smaller than its predecessor. It’s said it could be 4380mAh, which is the same as the original Fold. We’d expect support for fast charging, wireless charging and reverse wireless charging though.

According to rumours, the Z Fold 3 will come with a triple rear camera made up of 12-megapixel main camera, 12-megapixel telephoto sensor, and 12-megapixel ultra-wide camera too. There are claims Samsung will offer Phase Detection Autofocus on all three lenses however, meaning we should get fast, accurate focusing.

Based on the speculation, the Samsung Galaxy Z Fold 3 will offer some design refinements compared to its predecessor, largely in terms of the camera housing on the rear.

It should also offer a hardware upgrade in terms of processor, some camera improvements to the rear cameras, as well as possibly the addition of an under-display camera on the main display.

Battery capacity could reduce compared to the Z Fold 2 and the display specifications appear to be remaining the same, except for the idea that the Z Fold 3 will support the S Pen.

For now, nothing is official, but you can follow all the Z Fold 3 rumours in depth in our separate rumour round up.