Samsung has been working on a folding smartphone with 2 hinges and 3 panes for some years now, and we have even seen a working prototype from Samsung Display. 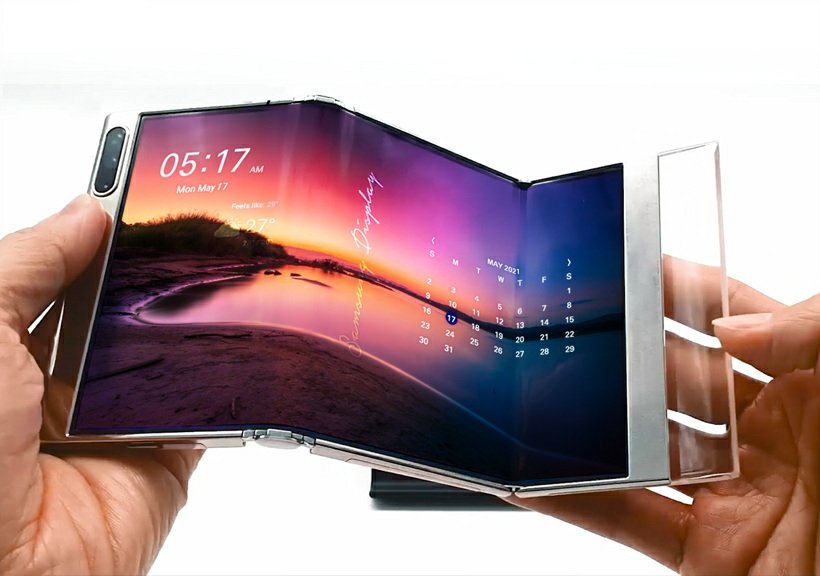 Now there is more evidence that the company is seriously working on the device, based on a very detailed patent uncovered by LetsGoDigital. 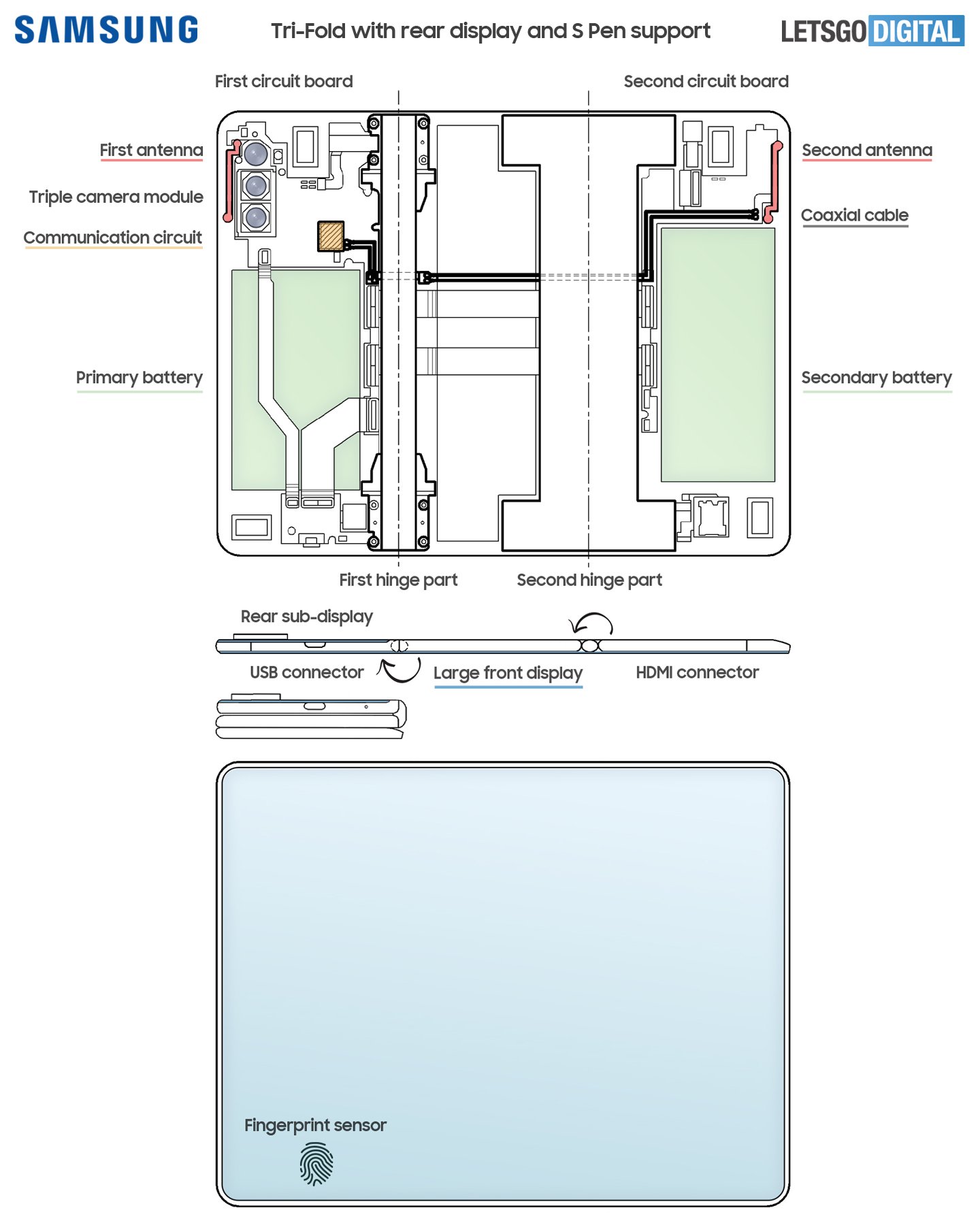 That shows a device with the aforementioned two fingers, three panes but also detail such as a triple-lens camera at the back, an extra display at the back for selfies using the main camera, an in-display fingerprint reader, under-screen selfie camera, USB and HDMI connector.

The illustrations also show dual batteries and a dual antenna, for better reception.

LGD rendered the resulting device, which can be seen below: 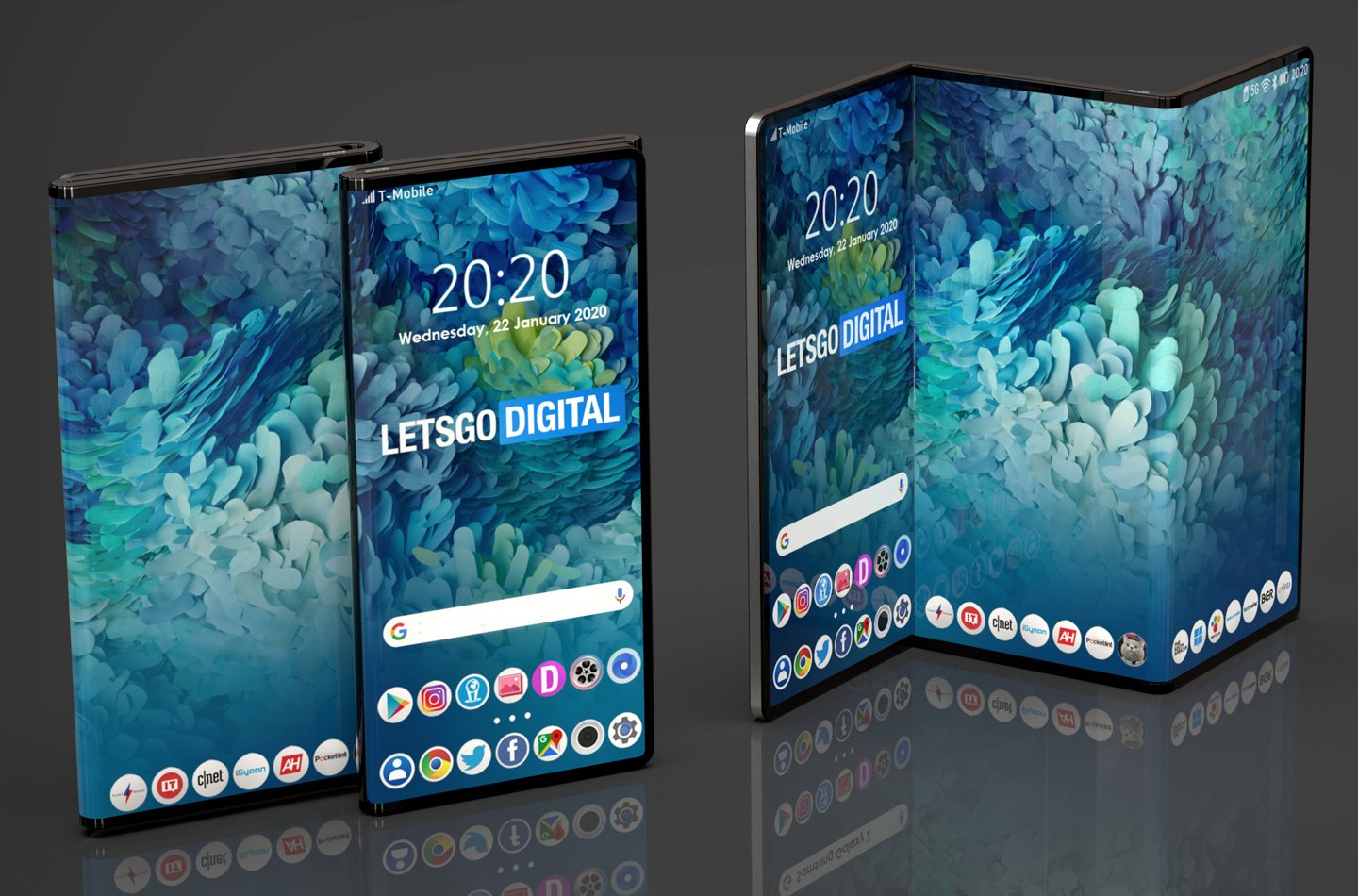 A tri-folding smartphone has the advantage of not needing an external screen, and expanding to a much larger size, but is of course much thicker and heavier than a regular smartphone.

With folding smartphones pretty close to mainstream, do our readers think it’s time for the next step? Let us know below.