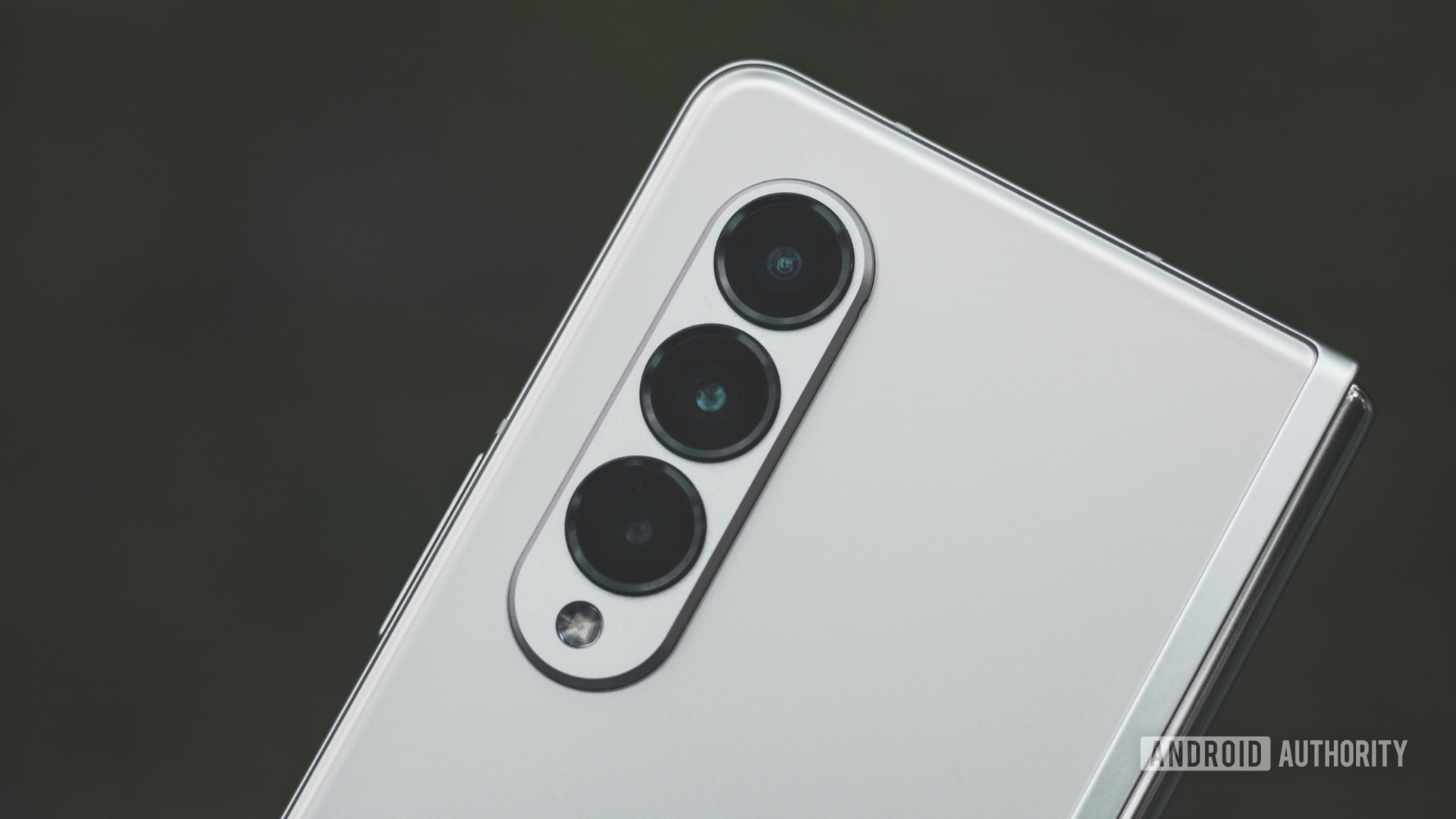 The Galaxy Z Fold series represents one of the most expensive smartphones on the company’s roster. Obviously, the foldable technology is a huge aspect of those high prices.

However, even with those high costs, the camera systems on the Galaxy Z Fold line haven’t been much to write home about. That could change this year, though, as a new rumor suggests the Samsung Galaxy Z Fold 4 cameras could be a big step up over last year’s model.

Granted, we usually expect camera upgrades year-over-year with smartphones, so this rumor is pretty easy to believe. The exciting aspect of the rumor, though, is that the cameras could be borrowed from the Galaxy S22 series. Those phones earned glowing marks from us for photography.

The rumor — stemming from Galaxy Club — suggests there could be two notable upgrades to the Galaxy Z Fold 4. The first would be the telephoto lens. It could be the 10MP telephoto on the Galaxy S22, Galaxy S22 Plus, and Galaxy S22 Ultra. That would mean the foldable would have 3x optical zoom, a nice step up over the 2x zoom on the Z Fold 3.

The telephoto and exterior selfie camera could see some sweet upgrades.

It’s unclear if the other three camera sensors — the exterior wide and ultrawide and interior selfie cam — would see any upgrades.

We expect the Samsung Galaxy Z Fold 4 to launch sometime in late summer, likely in August. Stay tuned as there will likely be a lot more rumors on the way soon.