Samsung is readying its Android 12 update — here’s what you need to know about One UI 4.0. 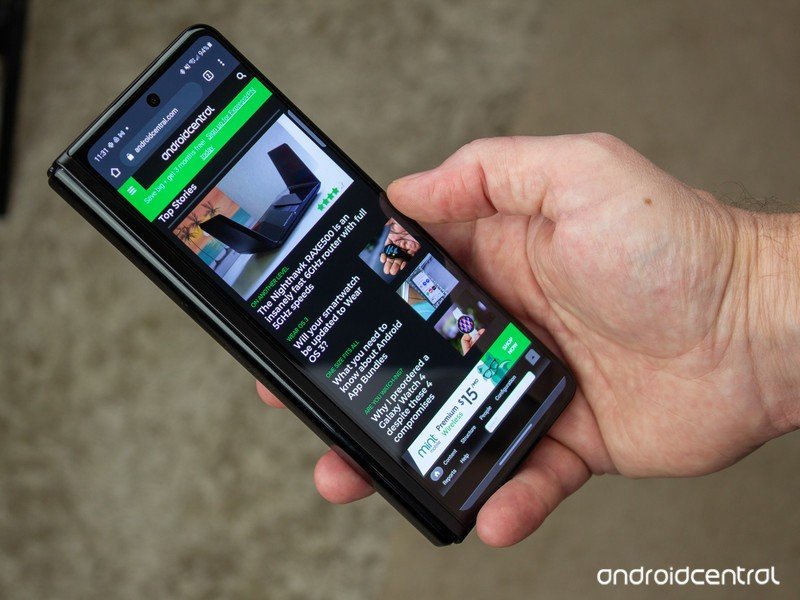 Samsung did a fantastic job rolling out the One UI 3.1 update based on Android 11 to most phones in its portfolio, and with Android 12 around the corner, it’s time to look at what Samsung has in store for us in 2021.

Samsung already confirmed that its next major software version will be called One UI 4.0, and we don’t have to wait too long to get a look at the new interface. The South Korean manufacturer is set to kick off the One UI 4.0 beta sometime in September, so let’s find out what Samsung has to offer with Android 12, what phones will get the update, and a look at the new features.

This is the one

Still the flagship to beat

The Galaxy S21 Ultra combines the latest display and hardware innovations to deliver a flagship that truly stands out from its rivals. You get a sublime 120Hz AMOLED screen backed by the latest internal hardware, incredible cameras, all-day battery with fast charging, and software that’s highly customizable. If you want to be the first to try out One UI 4.0, you’ll need to switch to the S21 Ultra right now.

Samsung is kicking off One UI 4.0 beta in September

Samsung shared at the end of July that the One UI 4.0 beta will kick off in the “coming weeks.” On August 31, Samsung confirmed in a forums post that the update will start in September.

We should start seeing more activity on this front in the coming weeks, and while we don’t have confirmation on what markets the beta program will be available, it is likely unchanged from previous years. That means Korea and the U.S. markets will get an early look at One UI 4.0, followed by United Kingdom, India, China, Germany, and Poland. Samsung has traditionally limited its One UI beta program to these seven markets, and unless we hear otherwise, that will be the case for One UI 4.0 as well.

Samsung usually delivers its One UI beta to its latest flagships in the Galaxy S series, and that’s no different this year. The One UI 4.0 beta will go live for the Galaxy S21 series — the Galaxy S21, S21+, and S21 Ultra — before making its way to other devices.

If history is any indication, the beta will be available first for the unlocked models in the Galaxy S21 series in Korea and the U.S., and then roll out to other devices. Interestingly, Samsung has confirmed that T-Mobile and Sprint variants of the Galaxy S21 series will also be eligible for the One UI 4.0 beta. If you’re using a device in the S21 series, you will be able to enroll in the beta via the Samsung Members app once it becomes available.

Samsung makes the best Android phones you can buy today, and its mid-range offerings in particular — including the Galaxy A52 and A52 5G — have stood out this year, so it will be interesting to see when these devices will pick up the beta. I will add more details once we have official confirmation from Samsung.

These Samsung phones will get updated to One UI 4.0 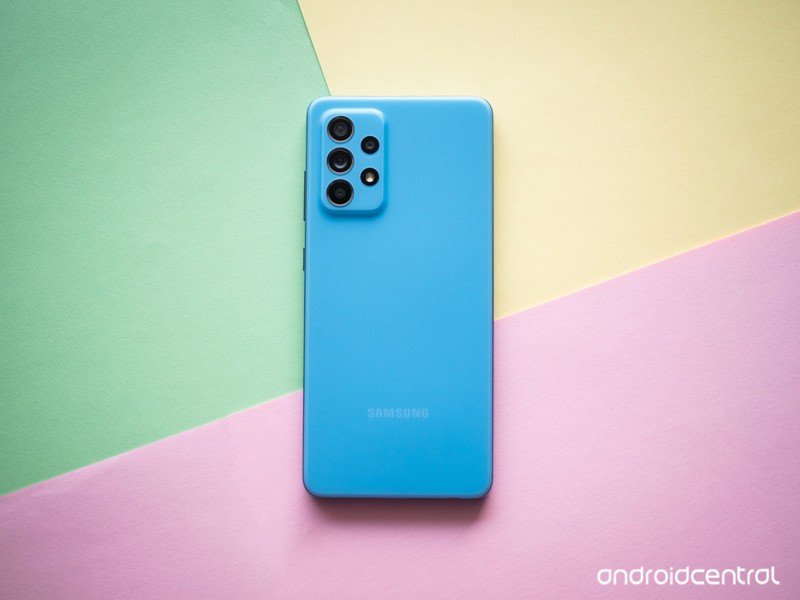 Samsung is the brand to beat when it comes to long-term updates, and with the manufacturer offering three Android updates to its flagships and mid-range phones, the Galaxy S10 series from 2019 is slated to get the Android 12-based One UI 4.0 stable build.

Samsung will deliver the Android 12-based One UI 4.0 update to all of its 2020 and 2021 phones, and there are a lot of phones on that list. Samsung usually shares a timeline for when the update will be available for specific phones, but we will get that information once the stable version starts rolling out at the end of the year.

In the meantime, here’s a tentative list of Galaxy phones and tablets that are eligible for the One UI 4.0 update:

Galaxy A series phones getting One UI 4.0

Galaxy XCover series getting One UI 4.0

One UI 4.0 is getting a lot of new features 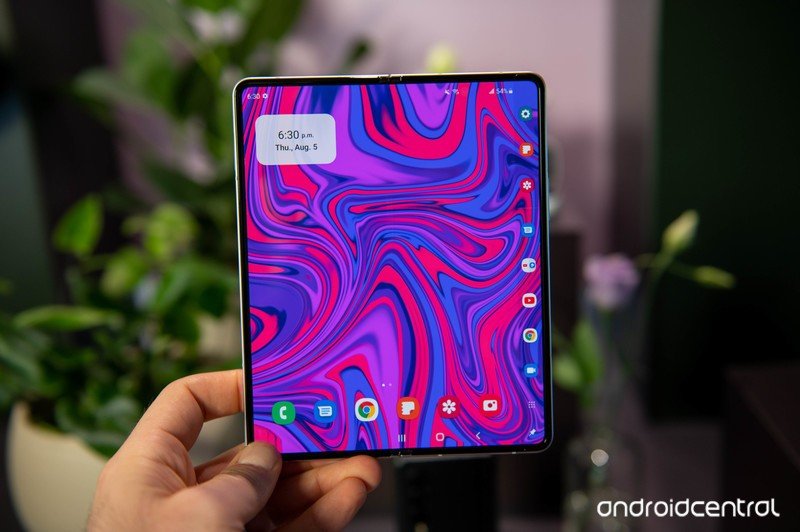 The Galaxy Z Fold 3 and Z Flip 3 run One UI 3.1.1 out of the box, with the version update offering a few tweaks over One UI 3.1. A few leaks from July said these devices were going to pick up the One UI 3.5 build, but it’s clear that Samsung is focusing all of its efforts on the One UI 4.0 update.

With One UI 4.0, Samsung is said to be introducing a host of new features and updating the interface. While One UI 3.1 featured a few refinements over One UI 2.0, the interface was left largely unchanged, so we are due for an update in this area. According to leaker chunvn8888, Samsung will unveil an updated color palette and new icons, and use Android 12’s Material You design aesthetic. With Google making bold design changes with Material You, it will be very interesting to see just how One UI 4.0 will differ to earlier versions of the skin.

Samsung confirmed a few weeks ago that it will be getting rid of ads within One UI, and it is entirely likely it will start doing so with One UI 4.0. We could also see changes to notification management, a vertically scrolling app drawer, new features in the power menu, updates to the camera, and much more.

Another major feature in One UI 4.0 has to do with under-the-hood tweaks, with Samsung said to be optimizing the UI to take full advantage of high-end hardware like the Snapdragon 888 and Exynos 2100. Samsung has done much better in this regard in the last two years, but its flagships and most of its mid-range devices now offering 120Hz panels, any UI optimizations will make a noticeable difference.

We will have to wait until the first One UI 4.0 beta becomes available to get a full list of changes, but at the outset, it looks like Samsung has big things in store with its upcoming software.

When will my Samsung phone get the One UI 4.0 update?

With the Galaxy S21 series getting the beta before other devices in Samsung’s portfolio, it is safe to assume that these phones will be the first to make the switch to the stable version as well. Samsung usually starts rolling out the stable One UI builds at the end of the year, and if there isn’t any change in that strategy this year, the Galaxy S21 models should get One UI 4.0 by December or early January.

Then the update will start making its way to older Galaxy S, Z, and Note flagships, with the mid-range phones likely to make the switch from later in Q1 2022. But at this point, we don’t have confirmation on the same, and we will have to wait and see how the One UI 4.0 beta unfolds before we can figure out a timeline for the stable rollout. With Samsung set to introduce a new UI and several new features, the beta may not be as straightforward as previous years.

That said, it is exciting that the Android 12-based One UI 4.0 beta is rolling out shortly. We’ll have all the details on the build as and when it becomes available, but in the meantime, let us know what features you want to see in One UI 4.0.

This is the one

Still the flagship to beat

The Galaxy S21 Ultra combines the latest display and hardware innovations to deliver a flagship that truly stands out from its rivals. You get a sublime 120Hz AMOLED screen backed by the latest internal hardware, incredible cameras, all-day battery with fast charging, and software that’s highly customizable. If you want to be the first to try out One UI 4.0, you’ll need to switch to the S21 Ultra right now.