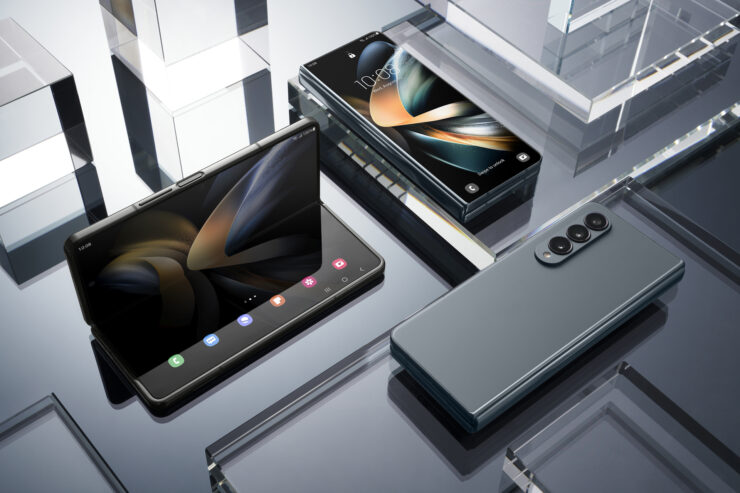 There is no denying that Samsung has made some bold claims when it comes to the durability of the Galaxy Z Fold 4 and Galaxy Z Flip 4 before the phones hit the market and well, and the company has now shared a video of how the phones are made, and honestly, it is impressive to look at.

The video wastes no time and starts by showing off the last few steps in the production cycle of the Galaxy Z Fold 4. You can see the robots precisely placing the back cover on the device. Following that, you can see a series of assessments that are taking place; you get to see the touch and proximity sensors being tested, S Pen and contactless payment capabilities, as well as network and camera testing. All of these are thoroughly tested.

You can watch the video below.

After Samsung is done with the rudimentary tests, the firm moves towards durability tests on the Galaxy Z Fold 4. The first test checks the water resistance using a specialized chamber. Devices that survive this test are then sent to the folding test bench where a robotic arm is responsible for folding and unfolding the phone so it can rule out any issues with the folding mechanism or the hinge itself.

There is another specialized robot that is responsible for testing the side keys by pressing them repeatedly and the entire testing process ends with another water resistance test where the nozzles spray water at high pressure at unfolded Galaxy Z Fold 4 from all the angles and once that is done, the phone is completely submerged.

Although the video does not show the Galaxy Z Flip 4 going through the same test, it does appear in the last water resistance test, which is enough reason for us to believe that Samsung is treating both phones the same way, and is pretty confident in the durability of these devices.

The post Samsung Shows Off How the Foldable Phones are Made in a New Video appeared first on Wccftech.