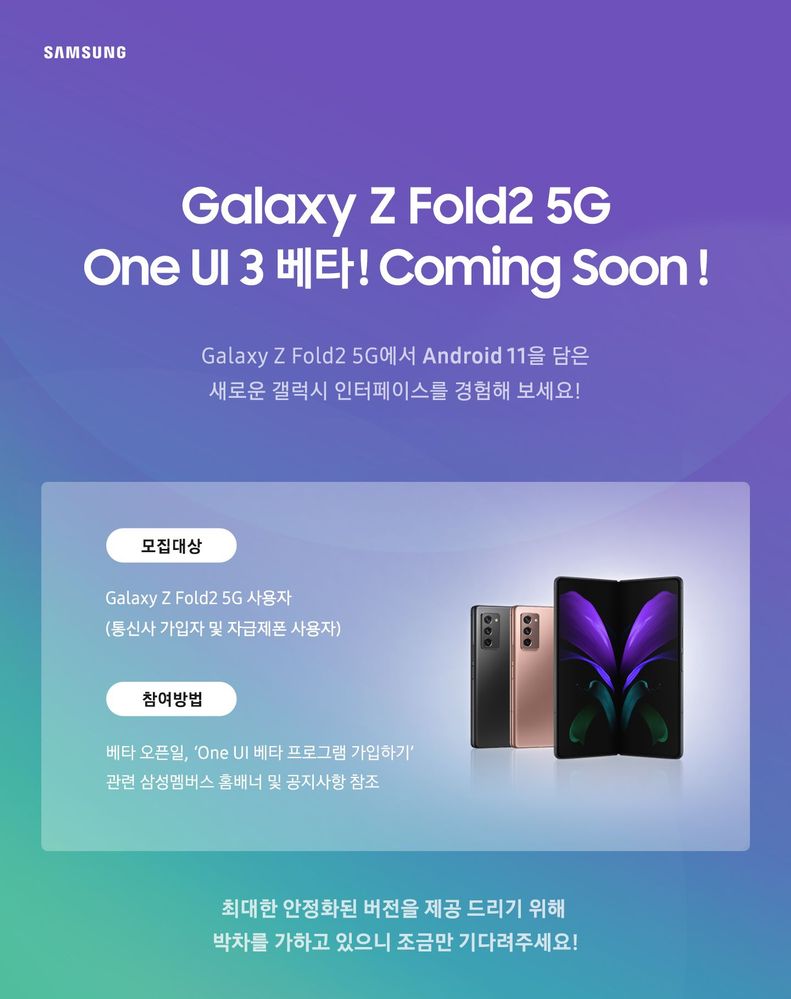 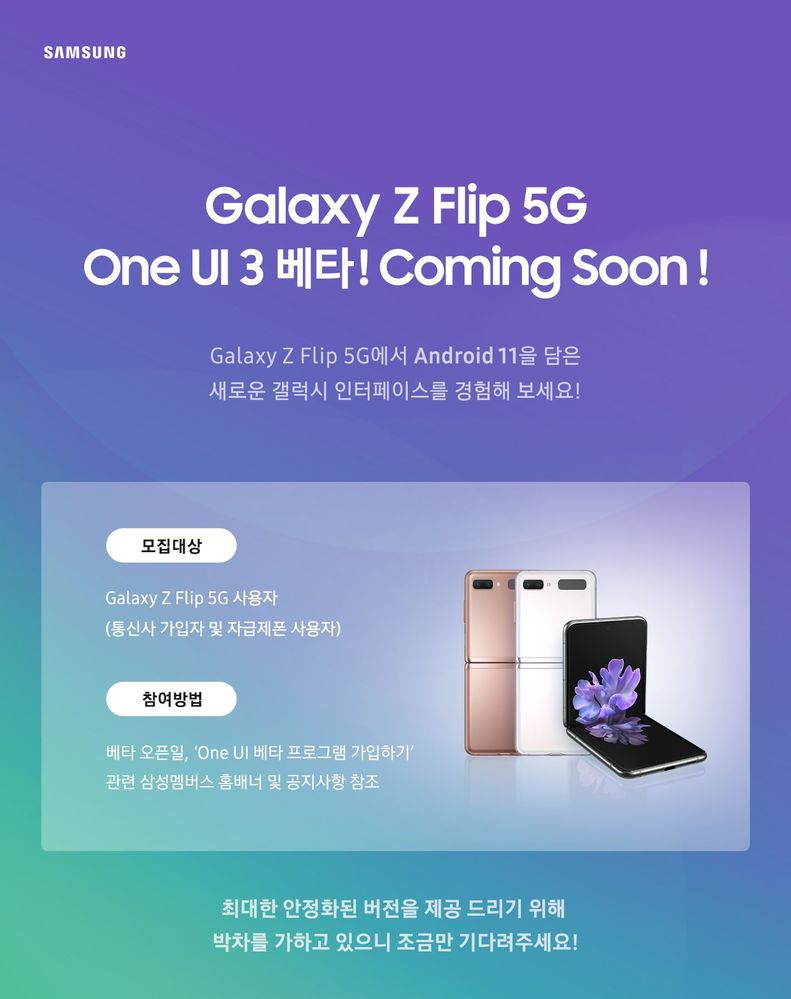 Along with the Galaxy Z Fold 2 and Galaxy Z Flip 5G, Samsung is also extending the One UI 3.0 beta to some of its older flagships, including the Galaxy S10 series and the Galaxy Note 10 series. The company has shared similar posts announcing the beta release for these devices and, they too, don’t mention a release date. 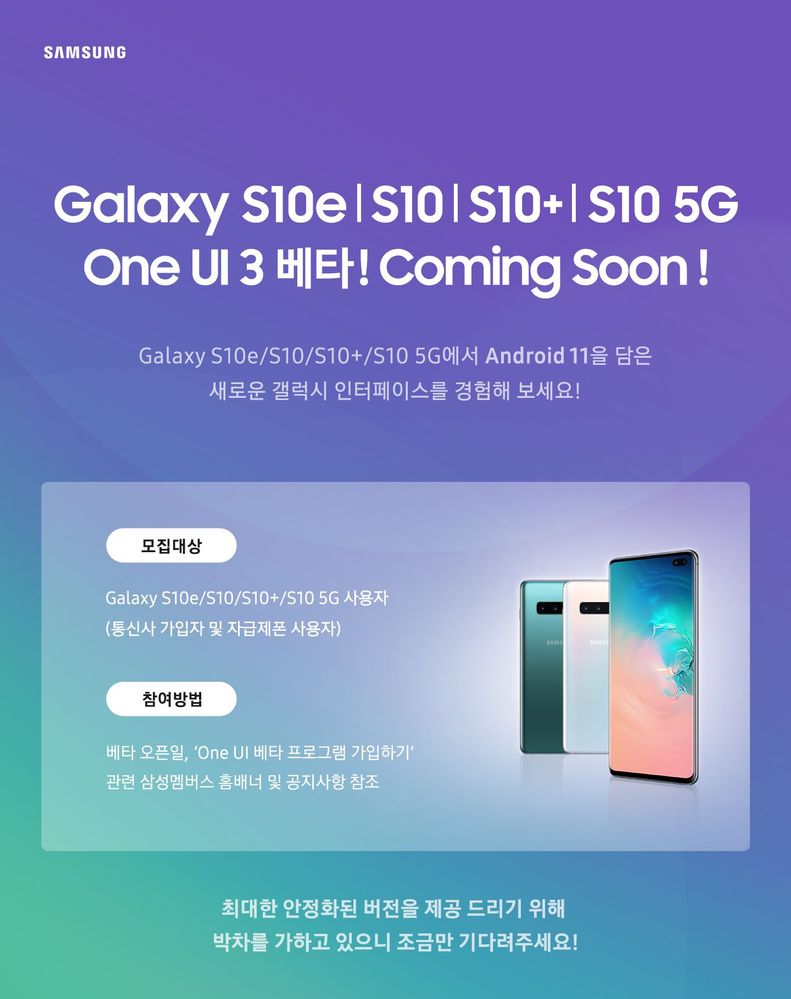 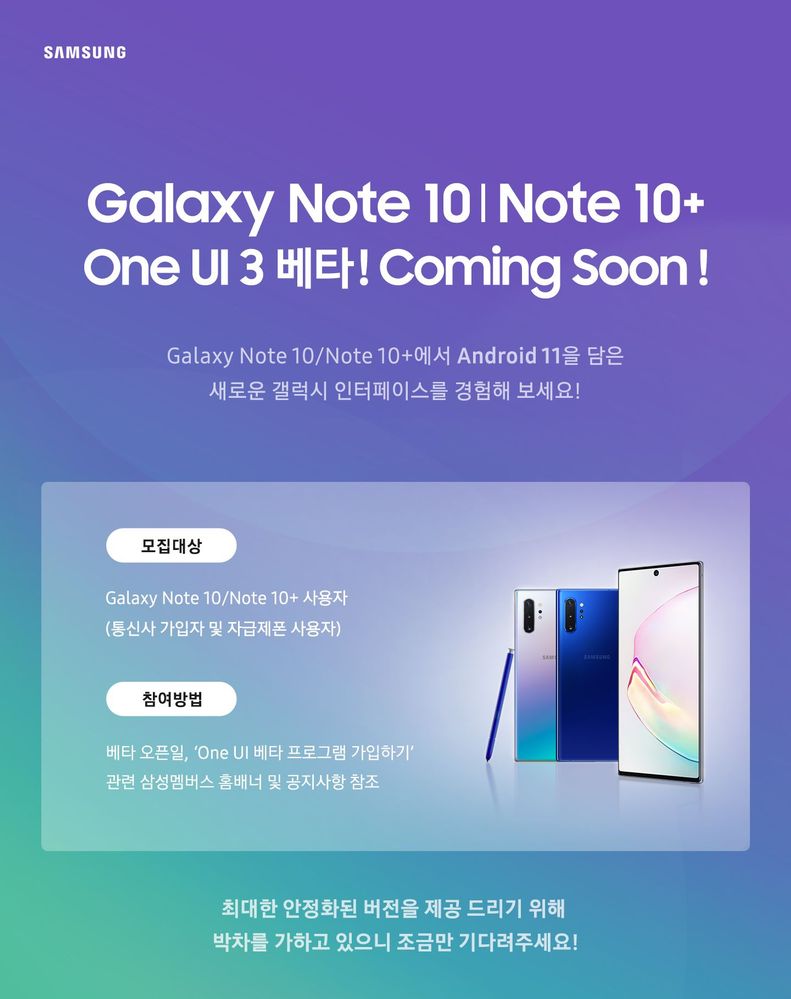 Once the One UI 3.0 beta update rolls out for these devices, you should see a banner announcing the release in the Samsung Members app. You can tap on the banner to register for the beta program and then tap on the enroll button on the following page. The app will then take a few minutes to process your enrollment, after which you should receive the One UI 3.0 beta update on your device.

Samsung is expected to set up One UI 3.0 update threads for each of these devices on its forums, where beta testers will be able to share their feedback on the open beta release. We will share the links for the threads as soon as the beta update goes live for all of the devices mentioned above.