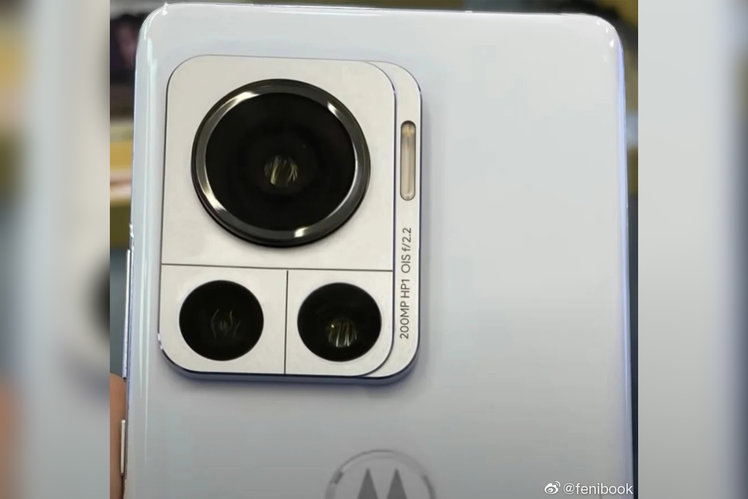 While the announcement may have gotten the industry abuzz with excitement, we have still yet to see the sensor appear on a phone.

That changes today with the leaked image of a real Motorola smartphone equipped with the 200MP HP1 sensor.

SamMobile reports that the image was distributed via the Chinese social media site, Weibo, before later appearing on Twitter.

The pictured phone is supposedly the Motorola Frontier, which is said to be the brand’s upcoming flagship-level device.

Many were expecting Xiaomi to be the first company to feature Samsung’s latest and greatest sensor, but it appears Ice Universe got it right again with the claim that Moto would be first out of the gate.

There has been no official word on when the Motorola Frontier will be released, but currently, our best guess is July this year.

As to when we’ll see the HP1 sensor on one of Samsung’s own devices, that’s even harder to tell.

Samsung doesn’t seem particularly interested in the pixel-count race, with only the Galaxy A73 currently topping the 100-megapixel mark.

With most Samsung 2022 flagships already on the market, that would leave the foldable Z-series phones as potential candidates.