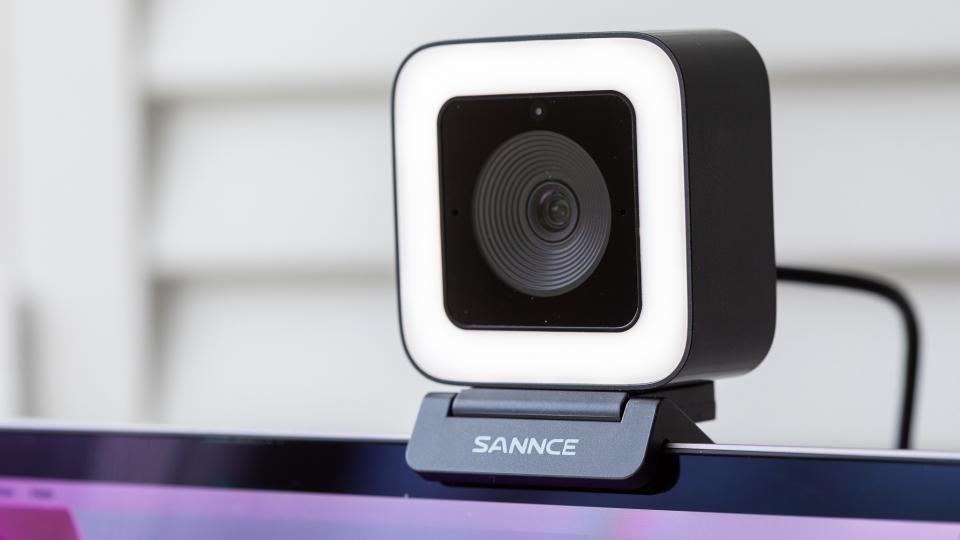 A premium streaming webcam that falls short of the mark

Best known for its home security cameras, Sannce has made its webcam debut with the launch of the Sannce 2K.

The webcam offers video capture up to a smooth 60fps in Full HD, a wide 90-degree field of view, built-in ring light, autofocus and support for up to 2K resolution video. With a spec list like this, Sannce looks to have its sights set squarely on Twitch and YouTube online streamers.

As a newcomer to the webcam market Sannce is going to have its work cut out proving it has something unique to offer. And, with a premium price tag to boot, the 2K faces fierce competition from the likes of Razer, Logitech and Elgato. Can Saance pull it off?

Sannce 2K webcam review: What do you get for your money?

The Sannce 2K webcam retails for £136 and comes bundled with a custom monitor mount, magnetic privacy cover, accessory tripod and a USB type-A to C cable. 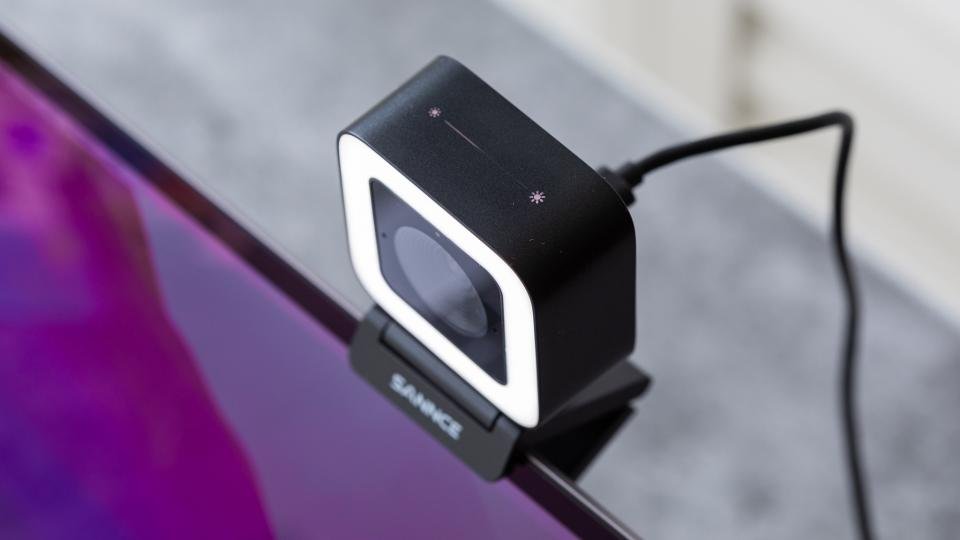 The camera features a smart-looking, minimalist design, with a semi-gloss dark grey finish around the back and sides and a large oculus across its face. The lens is flanked by a pair of microphones and bordered by an LED ring light which is controlled via an illuminated touch-sensitive strip that runs across the top.

The webcam comes with an articulating monitor mount that should be able to accommodate all but the thickest of monitors and the camera attaches neatly using magnets. For greater flexibility, there’s also a standard 1/4in tripod thread, allowing the camera to be mounted onto any standard tripod. 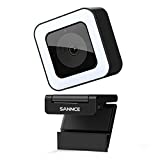 Design-wise the Sannce 2K is rather attractive. It has a smart, slimline profile and its adjustable magnetic mount works well. I’m a big fan of the touch controls for the ring light that light up as you increase the brightness.

Although arguably a touch oversharpened, the camera’s video is both clear and detailed. Where lower-resolution webcams can often blur the finer details, the Sannce 2K is able to define more delicate elements such as hair and fabrics.

It does an excellent job of handling image noise too. While some grain inevitably creeps into darker scenes, it’s handled in such a way that it never becomes noticeably distracting.

And the minimum focusing distance of just 2cm is also impressive, enabling you to raise smaller objects up to the camera while still keeping them in focus. 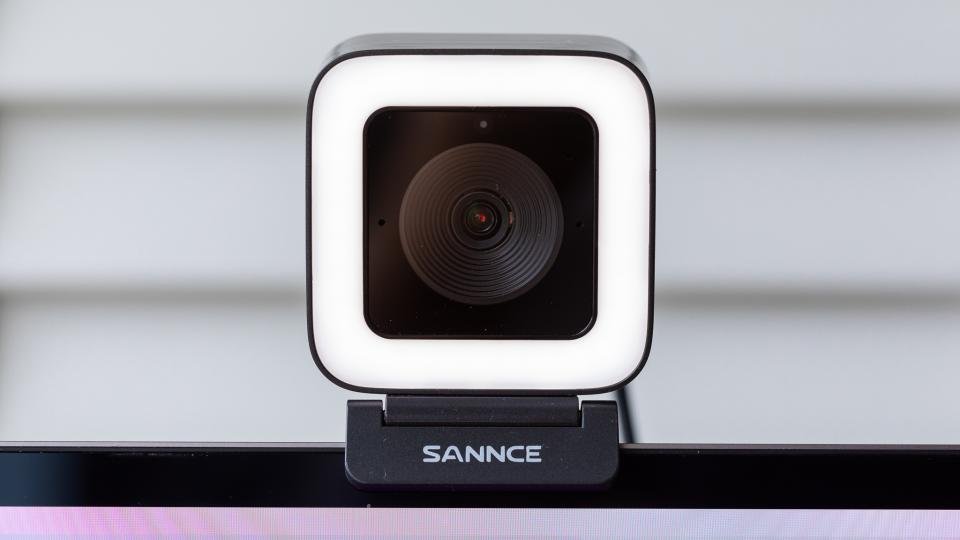 Finally, the wide-angle 90-degree field of view works well for streaming, allowing you to fit your entire upper body into the frame, even at fairly short distances.

Sannce 2K webcam review: How could it be better?

While the Sannce 2K does tick a lot of the right boxes, unfortunately, its image can be rather inconsistent. Unlike the majority of webcams on the market today, and certainly all of those that begin to approach the 2K’s price point, the camera lacks any sort of dedicated control software. 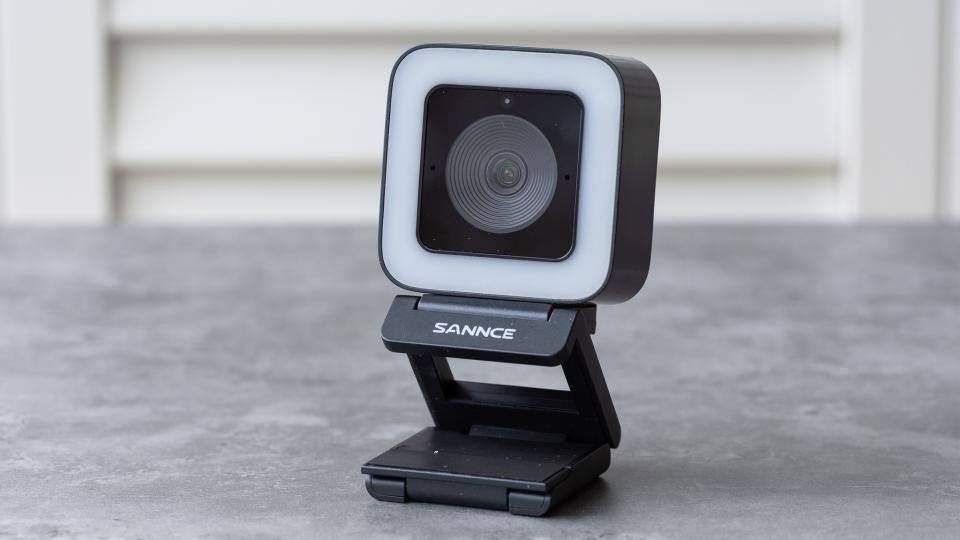 When used as a straight plug and play camera I found the camera’s exposure to be quite unreliable, often producing washed-out and overexposed or muddy and underexposed images. The built-in ring light did offer some assistance for darker scenes, but its effectiveness was limited.

The white balance was also easily tricked by the colour of the room I was in and the autofocus would sometimes appear ever so slightly off, leaving me with soft images. It’s frustrating because sometimes the image will balance out just fine, but when it’s off, it’s noticeably off and there’s little you can do about it.

To keep the image in check the camera really needs pairing with OBS or other similar streaming control software, as this is the only way you can guarantee a pleasing image or adjust the camera’s resolution and frame rate. It’s also worth noting that while 60fps is available at 1080p resolution, it does seem to come with a field of view crop. Paired with the right software, then, it performs much better, it’s just a shame it’s so inconsistent straight out of the box.

The microphone is also mediocre; it suppresses background sounds effectively, but the overall quality is thin and compressed. As streamers tend to use dedicated external mics, however, this is a minor criticism.

Sannce 2K webcam review: Should you buy it?

The Sannce 2K has the makings of a decent streaming webcam. The design and build are nice and, when paired with the right streaming software, it is capable of producing a detailed, balanced image. It’s just a shame that it ships without any sort of control software, as left to its own devices, the camera’s automatic settings leave a lot to be desired.

At £136 the Sannce 2K is pushing well into premium webcam territory and, for that sort of money, the likes of the Razer Kiyo Pro, Logitech StreamCam or Elgato Facecam offer a more well-rounded package for the vast majority of streamers.