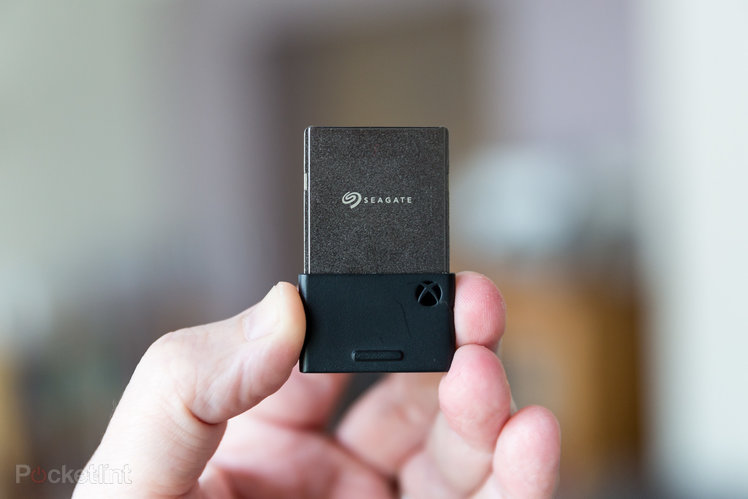 When Xbox originally unveiled the Xbox Series X console, it also announced that its internal solid-state drive (SSD) storage could be expanded via an optional, official Storage Expansion Card that plugs into a dedicated slot on the rear. The same with the Xbox Series S.

Now we have one such card in our hands. Well, in our Xbox. Made exclusively by Seagate and currently only available in one size – 1TB – the card works exactly like the consoles’ internal drive, offering the same optimisations, boosts and speeds.

But, at almost the cost of an Xbox Series S itself, is it worth considering Seagate’s superfast add-on, or can you make do with a external USB hard drive instead? We aim to answer those questions and more.

The Seagate Storage Expansion Card for Xbox Series X/S (to give it its full and rather long name) is tiny – not much bigger than a Compact Flash Card (for those of you with cameras out there).

If you’ve coughed up more than a couple of hundred pounds, dollars or Euros, you might feel like you’re not getting much value for money when you first unbox it. 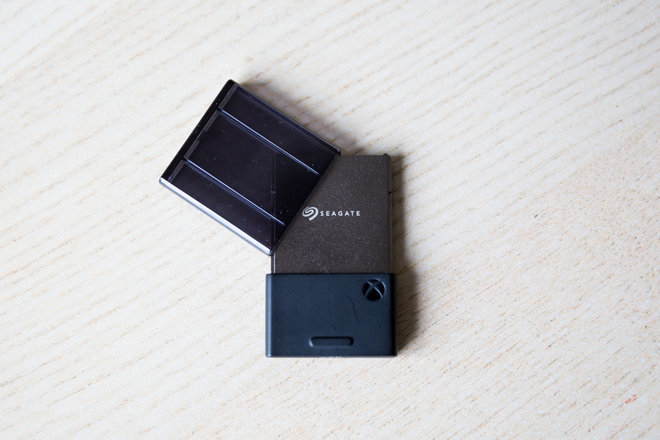 However, size isn’t everything, as the expression goes – and that’s never more true than here.

The card is sturdy and uniquely shaped to fit the next-gen Xbox consoles only. It has a metal connector and plastic casing – the bit that sticks out the back of the console to grasp onto. There is also a plastic cover included to keep the connector clean and protected when not in use.

It slots into the rear of your Xbox Series X or S in just one way, so you can’t accidentally put it in upside down. It is also a firm fit and doesn’t wobble.

Installing the Storage Expansion Card is as simple as it gets. You just plug it into the dedicated slot and the Xbox recognises it instantly. 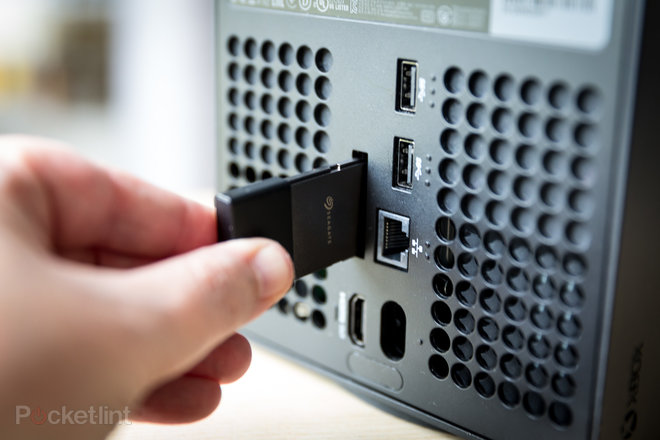 Strangely, we found that you need to have your Xbox Series X or S turned on for it to work – it wasn’t recognised when we plugged it in before switching on the console. This essentially goes against everything we’ve ever been taught about technology, but then again, the same is largely true with USB devices.

Once the console shows that it’s there – found on the manage storage devices page in settings – you can use it exactly the same as any external drive or the internal one. You can also set it to be the default drive for new game installations.

And, like any drives attached to the Xbox, you can move and copy games from one to another. We found that moving a game from the internal drive to the Storage Expansion Card was superfast, thanks to them both being SSDs and using proprietary transferring tech. 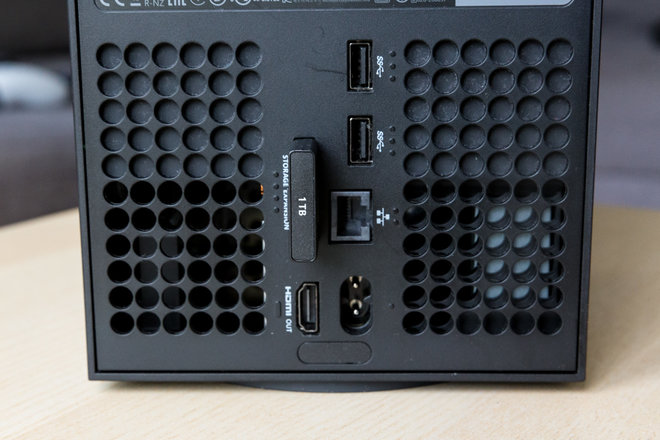 For those interested in the specs, neither Seagate nor Xbox list transfer speeds, but as it utilises custom PCIe Gen4x2 NVMe flash memory, it is said to achieve up to 2.4GB/s – the same as the internal equivalent.

What it can do

Before you download or transfer any games or apps to the card, you will see that there is approximately 920GB of available storage on the card – which is enough for around 18 to 20 triple-A titles. Presumably the rest of the 1TB space is used up through custom software for compatibility and Xbox Series X/S handshaking. 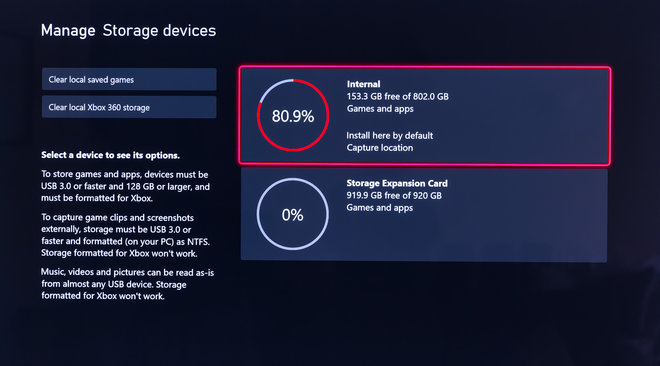 When stored on the card – as on the internal drive – games that are optimised for Xbox Series X/S will work perfectly. They will make use of the Xbox Velocity Architecture, that uses both the SSD and console processing capabilities to provide next-generation graphics and loading speeds, and they card pull assets near instantly for developers to use in more enhanced games.

This is the big difference between the card and an external hard drive, even a USB 3.1 SSD. External drives can store games, play them with a slight boost in loading times thanks to the faster processing of the next-gen Xbox consoles, and even work with Quick Resume – Xbox’s new game pause feature that can freeze around six games in the background to be switched between instantly.

However, an external drive cannot play games with the sort of optimisations common to next-gen technology – such as ray-tracing, 4K 60fps graphics, and the like. If you store Xbox games on an external USB drive, you will have to forego any next-generation enhancements.

Only the official Storage Expansion Card works with those – beyond the internal storage itself. 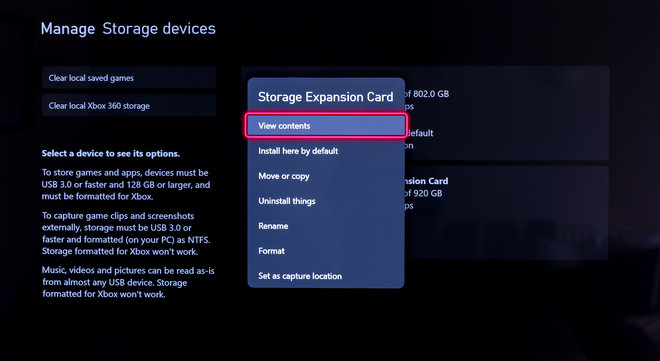 This makes it an important add-on for those with more next-gen games than their consoles can store. But, if you only have a stack of Xbox One, Xbox 360, and original Xbox games to keep in your library – i.e. from Xbox Game Pass – then you can probably save yourself a fair few bob and get an external HDD instead.