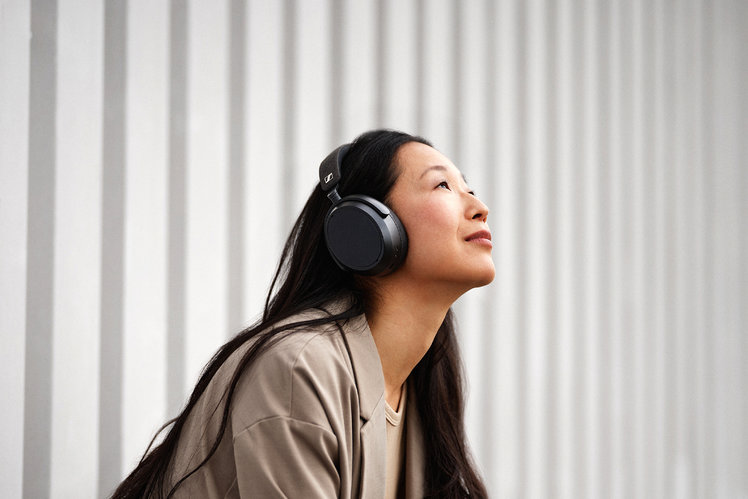 Sennheiser has unveiled its latest overear headphones, the Momentum 4 Wireless, with a fairly radical redesign compared to the Momentum 3.

The new look is far more in line with competitors from the likes of Sony and Bose, with fewer industrial touches and a more subtle design.

It has a cloth-covered headband and chunky flat earcups, and comes in black and white models according to your taste. There’s USB-C fast charging and a range of touch controls on one of those earcups.

This will suit many people, although it consequently doesn’t fold down as far as older models, instead simply swivelling flat to fit into the included carrying case.

There are some major improvements in addition to the new look, though. In particular, a large increase to battery life sees it reach a very impressive 60 hours even with active noise cancelling enabled.

Sennheiser also says its ANC is much improved thanks to new microphone arrangements that were unlocked by the fresh design, and that call clarity should also be significantly enhanced as a result.

Impressively, it’s also managed to bring a chunky reduction in price to bear, taking the Momentum 4 down to £299 and making it far more competitive with other high-end wireless headphones.

The headphones will be available to pre-order from 9 August 2022, and will actually release on 23 August.