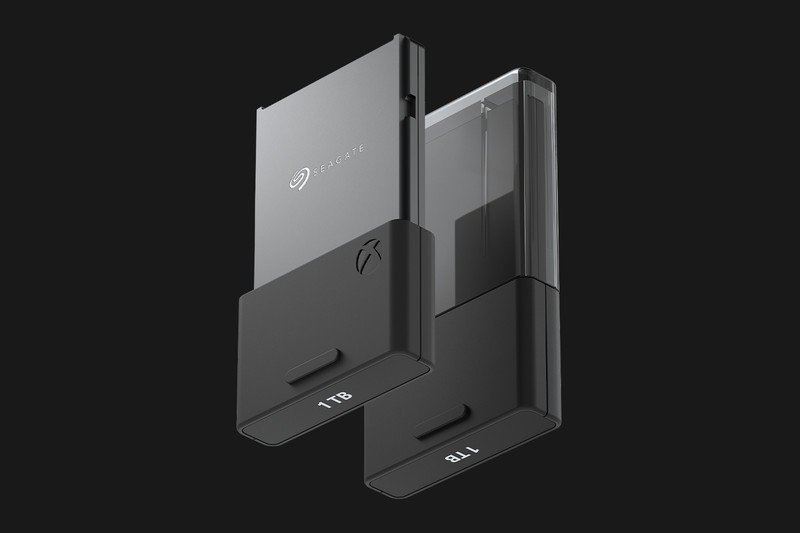 Microsoft pushes forward various technologies for Xbox Series X and Xbox Series S, with high-speed solid-state drive (SSD) storage among the fundamentals with next-generation consoles. It’s among the primary advancements supporting titles upgraded for the system, with reduced load times, denser worlds, and improved graphics as a result. That leaves the custom SSD technology deeply intertwined with everything the console offers and raises some troubles when it comes to expanding your Xbox storage.

In the past, it was as easy as plugging in your external hard drive over USB. But Xbox Series X and Xbox Series S demand high storage speeds, which saw Microsoft and Seagate engineer a custom solution, the Seagate Storage Expansion Card for Xbox. This proprietary card adds 1TB of storage to your console while ensuring speeds on par with Microsoft’s internal NVMe SSD tech. It results in transfer rates peaking at the same 2.4GB/s, far exceeding what you’d expect from an external hard drive, making for one of the best SSDs for Xbox Series X. Many of the best USB hard drives fall around 160MB/s, while popular high-performance SSDs often cap out around 1,000MB/s over USB.

The card comes in a compact form factor, measuring 53mm by 32mm, only marginally larger than the average thumb drive. It works seamlessly with Xbox Series X and Xbox Series S, hooking up to the rear of either console through a dedicated “Storage Expansion” port beside the HDMI output. The automatic plug-and-play setup requires no additional work to work with Xbox consoles out of the box. It also allows you to switch storage devices on the fly without restarting the Xbox console if you’re handling extensive game collections spanning multiple cards. 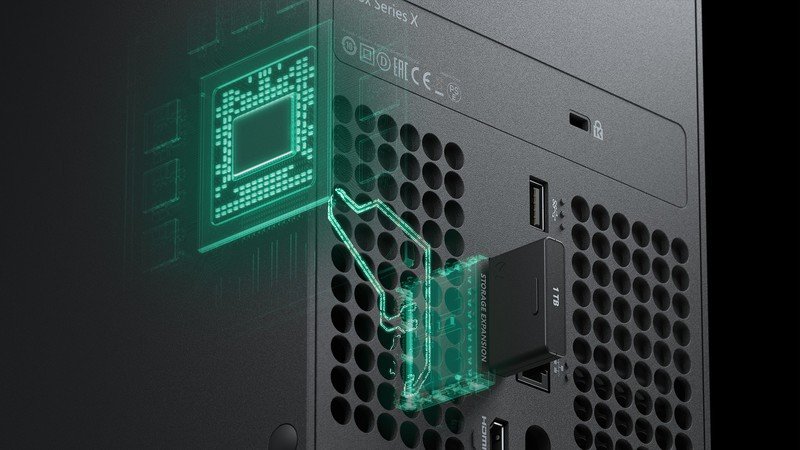 As for everyday usage, that means double the base Xbox Series X storage while tripling the restrictive base Xbox Series S capacity. It provides extra room for game installations on your console, especially valuable in a time where some blockbuster launches surpassing 100GB at launch. And with read and write speeds fully in-line with Xbox Series X and Xbox Series S internal SSDs, it means you can play next-generation games, as well as backward compatible titles, with no hassle.

But the Seagate Storage Expansion Card isn’t mandated for extra storage, with the consoles also packing partial USB support, albeit with restrictions. USB drives and their lower speeds mean that you can only store next-generation games, meaning you need to move them to the internal SSD when you want to play. It means USB drives act as a sidecar for your console, as a place to offload surplus data back and forth. However, older Xbox One, Xbox 360, and original Xbox games not upgraded to take advantage of Xbox Series X and Xbox Series S are fully playable from external USB drives, without that reliance on the SSD. Here’s a handy reference comparing your options.

It’s worth noting that while Microsoft has outlined clear guidelines around which Xbox titles are playable directly from the device, the reality slightly differs. Many titles with Xbox Series X|S optimizations don’t leverage the full capabilities of the internal SSD, and behind-the-scenes don’t function hugely differently than their previous-generation Xbox One counterparts. It means for some games, Halo: The Master Chief Collection, Call of Duty: Warzone, and Rocket League included, you can still play them with USB external hard drives, despite Microsoft’s official guidance. It may impact performance or load times, but core functionality remains mostly unchanged compared to using an SSD.

The Storage Expansion Card for Xbox Series X and Xbox Series S provides added convenience, but you’re going to pay for that luxury. The company has used notoriously costly PCIe 4.0 technology to ensure speedy transfers, providing a direct line to the CPU. It results in a $220 RRP in the U.S. and, while expensive compared to your average USB drive, it isn’t much different from what you’d expect to pay for performant off-the-shelf PCIe 4.0 SSDs for PC.

Is the Xbox Series X|S Storage Expansion Card worth it?

The Seagate Storage Expansion Card is undoubtedly the best external SSD for Xbox Series X and Xbox Series S. The high performance delivers the same experience as the internal SSD for both consoles. It also brings convenience unmatched by alternatives, blending seamlessly with your console’s base capacity into a single pool of storage. It soon gets frustrating to transfer games back and forth between drives, making Microsoft’s official solution so fundamentally compelling.

In reality, the Storage Expansion Card is the only true storage for Xbox Series X and Xbox Series S, and its adoption will likely rise once manufacturers produce more configurations. The biggest complaint hinges on the cost, setting buyers back almost half the cost of Xbox Series X at launch. While we’ve seen frequent deals dropping below $200, they’re not huge savings.

But for budget-conscious Xbox owners, a USB-based external hard drive is still a capable alternative, providing ample room for all titles without the hefty per-gigabyte cost demanded by the Expansion Card. You can find higher capacities, also significantly cheaper, both not available through Seagate’s custom card. Juggling your top titles between storage devices may get boring fast, but those extra steps across the best external hard drives for Xbox result in huge savings.

The best SSD out there 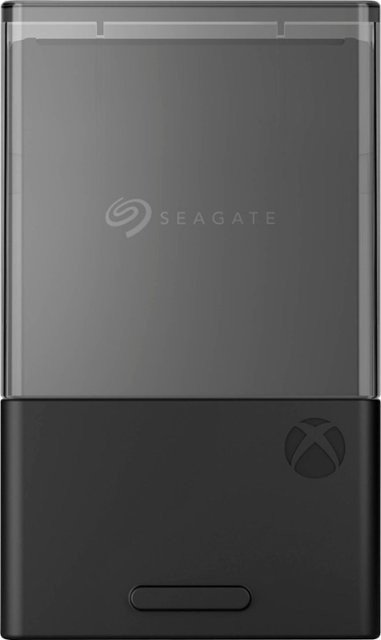 The no-compromise SSD for Xbox Series X and S 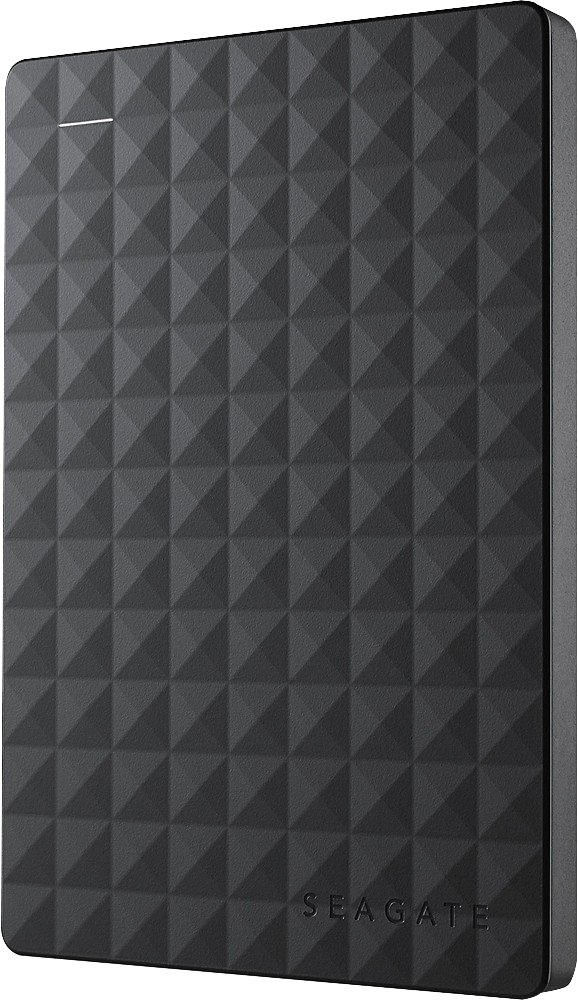 Upgrade your Xbox with affordable storage

With storage space an increasingly scarce commodity as file sizes soar, an external USB hard drive is the most affordable way to upgrade. While there are limitations on USB drives for next-gen consoles, only storing but not playing the latest releases, it’s still an ideal opportunity to expand your Xbox storage.