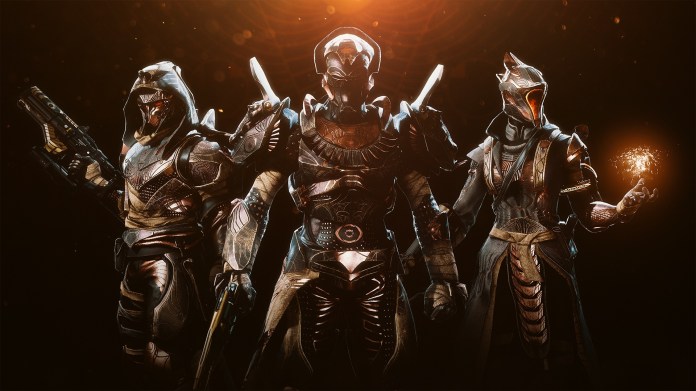 Since its launch in 2017, Bungie has continuously worked on evolving Destiny 2. With new expansions and seasons, the game has introduced ever-expanding storylines, various locations, weapons, events, and game modes. Destiny 2 delivers a perfect combination of PvE and PvP experience with amazing abilities, Supers, weapons, and movement. It goes without saying that if you love playing Destiny 2, you have embraced the grind that comes with it.

Destiny 2 has been pretty confusing for new players. Considering that the game has multiple PvE and PvP activities, bounties, triumphs, story quests, seasonal activities, and exotic quests, it becomes complicated to keep track of all of them. Along with these, Bungie keeps adding new systems to Destiny 2, which can make the game feel even more complex. For instance, the upcoming transmog system for Destiny 2, where players need to earn three different in-game currencies to unlock cosmetics.

New players need seasoned players to guide them through several activities as well as systems and make them familiar to the grind. Else, there are several YouTube videos and Reddit posts that explain everything in detail. The complicated new player experience isn’t necessarily something bad for Destiny 2. Games that require players to grind for gear and weapons generally want players to figure things out on their own or play with other players who have been playing for a while. However, even some experienced players are unable to figure out how armour mods like Warmind Cell mods and Charged with Light mods work. After understanding how most systems in Destiny 2 work, the game becomes much more interesting as you can create builds that will help you tremendously in PvP or PvE.

Destiny 2’s latest expansion, Beyond Light, introduced a new location, storyline, and an elemental subclass called Stasis. After completing the entire Beyond Light storyline, players get access to Stasis, which can be enhanced further by grinding for Aspects and Fragments. When Stasis was newly introduced last season, it was incredibly overpowered in the game. While players appreciated Stasis in PvE, most PvP players hated Stasis entirely. It makes sense for the developer to make the new Element in Destiny 2 look flashy and be overpowered to influence players to buy the new expansion, which is known as power creep. But, Bungie received a lot of pushback from the community as getting frozen and slowed in Crucible is extremely frustrating. I have killed quite a few Guardians in their Supers with one Duskfield grenade and a shotgun.

After a lot of community feedback, Bungie nerfed Stasis subclasses to balance them, which has made them much more bearable. However, getting frozen in Crucible still means certain death, unless a teammate somehow saves you. Bungie still has a lot to do when it comes to balancing Stasis as there are limited options to counter or evade Stasis abilities and Supers.

The State of Destiny 2 PvE

Destiny 2 PvE content is probably the best part of the game. The game is filled with several PvE activities including Strike Playlists, Nightfall Strikes, Raids, Dungeons, Exotic quest, Lost Sectors, and patrols. Along with these, Bungie usually adds new matchmade seasonal activities, Master and Grandmaster difficulties for Nightfall Strikes, Exotic missions, and Lost Sectors. In endgame PvE content, you will find modifiers for enemies that require certain types of armour mods and weapons paired together and a much more desirable reward pool.

Endgame PvE content also encourages a lot of replayability with Adept weapons and mods. Players can grind endgame activities like Grandmaster Nightfall Strikes to chase their perfect godroll weapon and Adept mods that they would frequently use. Bungie has also started introducing random rolls for Exotic weapons like Hawkmoon and The Dead Man’s Tale. The recently added Presage quest, which unlocks The Dead Man’s Tale, is one of the best PvE missions in Destiny 2. It blends simple puzzle-solving with dense enemy-filled rooms and some fantastic lore. You can play this mission again and again to get different rolls for The Dead Man’s Tale and play it on Master difficulty to unlock the catalyst. Activities like these keep you coming back to Destiny 2.

Destiny 2’s PvP playlist, Crucible, has its problems but still manages to be one of the best out there. For starters, the gunplay, movement, and abilities feel spectacular, and the sheer abundance of weapons and Exotic armour pieces let you create builds that can drastically change the way you approach PvP. However, after vaulting some of planets during Beyond Light launch, Bungie hasn’t added new maps for the Crucible playlist, which forces you to play the same maps repeatedly.

The Destiny 2 Crucible experience is somewhat defined by the ‘meta’ weapons, Exotics, and even subclasses. Aggressive hand cannons and aggressive shotguns like Felwinter’s Lie and Astral Horizon are currently the meta in Crucible. You can use other weapons in Crucible, but the aggressive hand cannon and shotgun combo feel the most consistent on every map and game mode. Like every other shooter out there, Bungie balances weapons every season after seeing an uptick for certain weapon archetypes to shake up the meta.

The endgame PvP activity, Trials of Osiris, remains unapproachable for most players. As Adept weapons can be earned only after going Flawless, many players go for Trials exclusive weapons when they can be earned with the three-win bounty. The reward pool for Trials is also limited as it currently has only three weapons and an armour set. After getting the desired roll for the Messenger pulse rifle or Igneous Hammer hand cannon, players have no reason to play a competitive 3v3 match in a game that wasn’t meant to be a competitive shooter.

Finally, Destiny 2’s Gambit remains mostly the same after being combined with Gambit Prime to make the matches shorter. It also suffers with less maps after the content vault, similar to Crucible.

What’s Next for Destiny 2?

Destiny 2 will kick off Season of the Splicer tomorrow, which brings the fan-favourite Vault of Glass raid from the original Destiny. The new season will add over 30 new and reprised Legendary weapons along with new Exotics, armour sets, and ornaments. The Helm area will be upgraded with Splicer tech and Destiny 2 will get a new 6-player matchmade activity called Override, where players will hack the Vex Network from within. Destiny 2’s Season of the Splicer will run from May 11 to August 24.