Privacy-focused messaging platform – Signal – has lately surged in popularity, and is quickly adding new features to cash in on the opportunity as more users come to it after ditching WhatsApp. The latest addition comes in the form of a data transfer tool that allows users to migrate their entire profile information and the associated data such as chats from one Android device to another. No more having to rely on local or cloud-based backups.

The latest feature is called ‘Transfer account’ and it has arrived with version 5.5 of Signal app’s beta version. First shared on the unofficial r/signal community thread on Reddit, the new tool relies on an encrypted local Wi-Fi Direct network to transfer the account information from one device to another. Here’s what the changelog says:

“Your next upgrade deserves an upgrade. Quickly and securely transfer your Signal information to a brand-new Android phone. Use the end-to-end encrypted migration feature to move your account and messages from an old device to a new device over a private local WiFi Direct connection.” 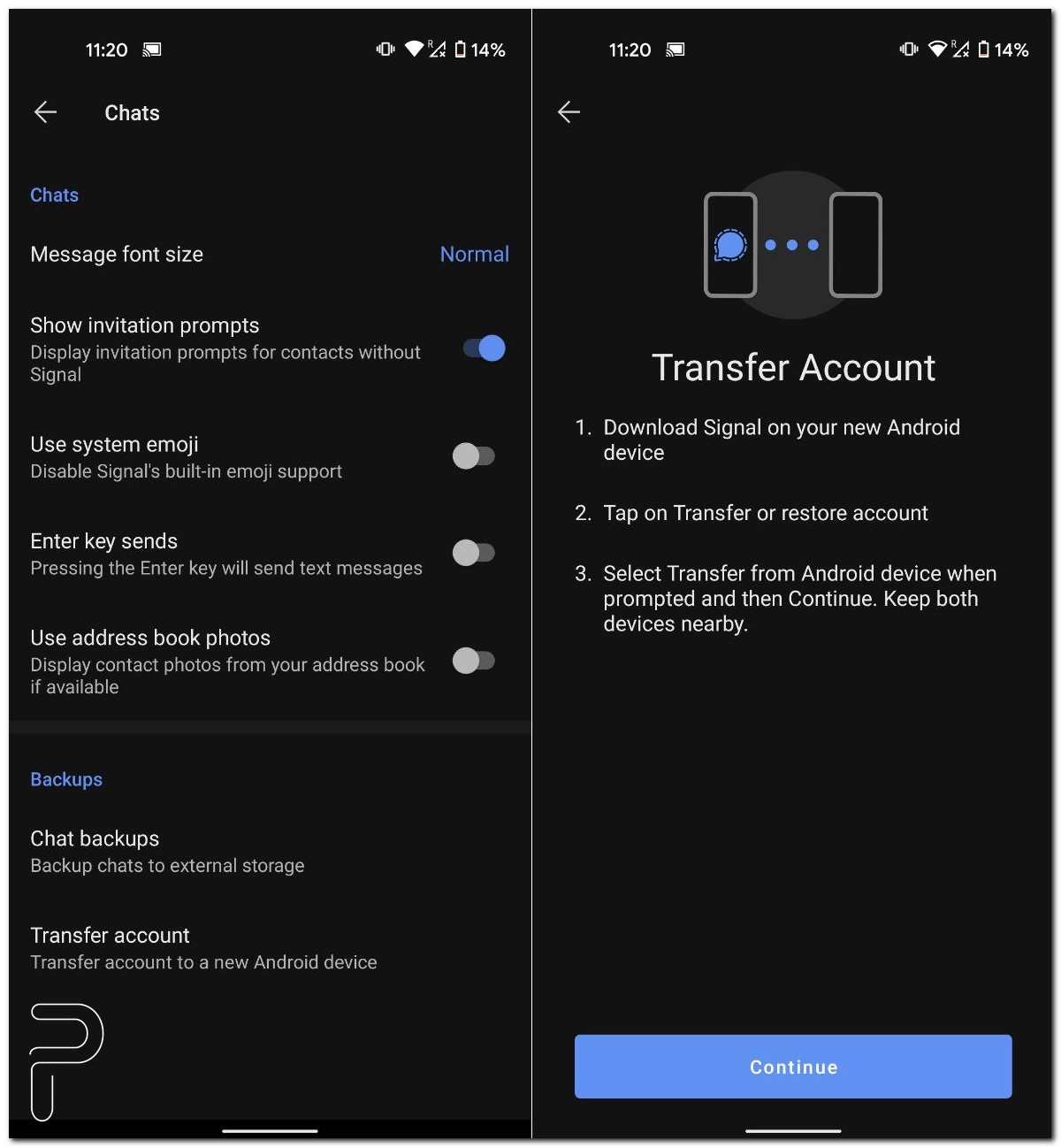 The new Transfer account feature can be accessed from within the Chats section in the app’s settings menu. And as per the steps listed in the app, the process of transferring Signal account information from one Android device to another is fairly easy. All you have to do is download the app on the other device and tap on the transferor restore option while setting up. Now, hit the transfer option on your old device when prompted, followed by the Continue button.

Since the data transfer takes place over a Wi-Fi Direct channel, Signal suggests that you keep both the devices close to each other to avoid any connectivity issues. In case you are on the Signal app’s stable version and want to try out the new Transfer account feature, you can switch to the beta channel for Android here.

The post Signal app for Android now lets you migrate account data to another device appeared first on Pocketnow.