Coming off of the warm reception of their first family of retail NVMe SSDs, SK hynix this morning is adding another model to the Gold P31 family: the long-awaited 2TB version. The higher capacity drive, still using SK hynix’s in-house controller and 128L NAND, is being launched with immediate availability today, with retail pricing set at $280.

The 2TB version of the P31 Gold has been something of a long time coming for SK hynix. The company was showing off the drive as early as CES 2020, when the P31 drive family was first announced. At the time, the 2TB drive was set to be released somewhere down the line as the Platinum P31 – SK hynix even had the box art already prepared – but the Platinum P31 remained missing in action after the other P31 drives were launched last summer. Now almost a year later, SK hynix is finally releasing the 2TB drive, and in a change of plans they are selling it under the existing and well-received Gold P31 banner, rather than going with Platinum.

Moving on to the drive itself, other than the increase in NAND capacity, there’s no change in functionality for the 2TB version of the Gold P31. Like the other P31 drives, SK hynix is still using their in-house Cepheus controller, a very energy efficient PCIe 3.0 x4 controller. Similarly, the 2TB drive is still paired with the company’s 128L NAND. And because the 1TB drive was already fully populated from a NAND standpoint, the performance ratings for the 2TB model are otherwise identical to the 1TB model, with peak write speeds of up to 3.2 GB/sec (so long as you’re writing to the SLC buffer).

The additional capacity does mean that SK hynix has needed to tweak the physical layout of the drive. Surprisingly, SK hynix tells us that the 2TB drive is single-sided, meaning that the company has been able to add more NAND capacity without resorting to putting chips on the back side of the PCB. We’ve asked for more details, but the immediate implication is that SK hynix has 1024Gbit 128L TLC NAND available. At the same time, the 2TB drive is also getting a unique black PCB, as compared to the green PCB used for both the 500GB and 1TB models.

With the 2TB Gold P31 arriving so late, SK hynix is one of the last vendors to introduce a 2TB mainstream drive. Competing 2TB drives using the Phison E12 and Silicon Motion SM2262EN controllers have already been available for quite some time, and as we’ve already seen with 1TB drive pricing, are priced lower than the 2TB Gold P31. So as they’ve been doing with the rest of the Gold P31 series throughout the last year, SK hynix is going to be riding on the drive family’s great power efficiency – which continues to make for a top-tier laptop SSD – as well as the product consistency afforded by building the drive entirely in-house with their own parts. Otherwise, the drive is easily outperformed by newer high-end PCIe 4.0 drives, but then it’s also a fair bit cheaper than those drives. 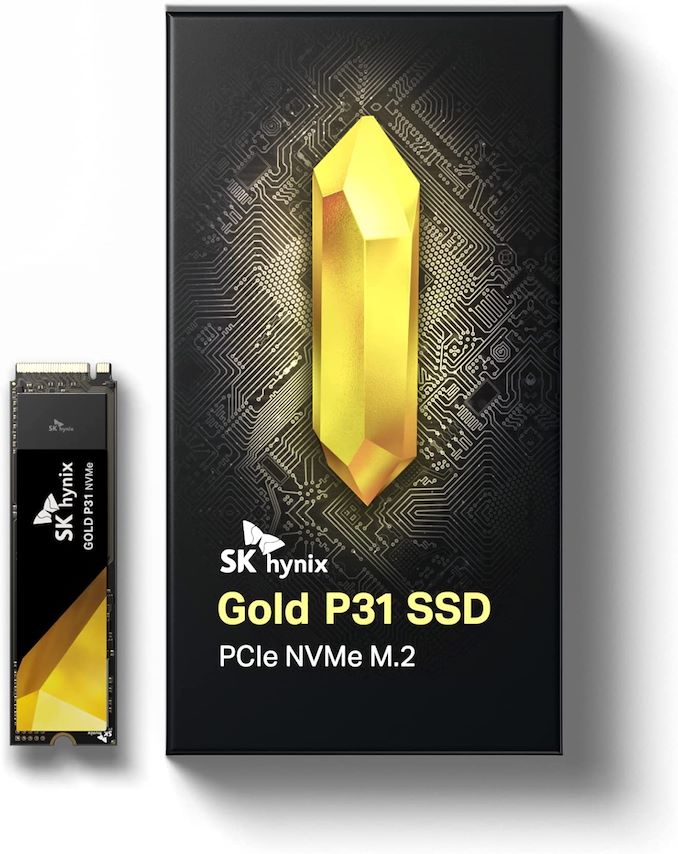 Otherwise, given that this is otherwise a minor update to their existing Cepheus/P31 platform, SK hynix is hitting the ground running on the release of the 2TB Gold P31 drive. It’s already available through the company’s Amazon storefront, where they’re charging $279.99 for the drive.

Unsurprisingly, this is just a bit above twice the price of the 1TB drive; so like other mainstream SSDs, the price at higher capacities is scaling fairly flatly with the amount of NAND used. Though if you can wait all of a week, SK hynix is already planning their first sale – the entire Gold P31 family, including the 2TB drive, will be going on sale on August 23rd for 20% off, which will make pricing more competitive with the other mainstream drives.