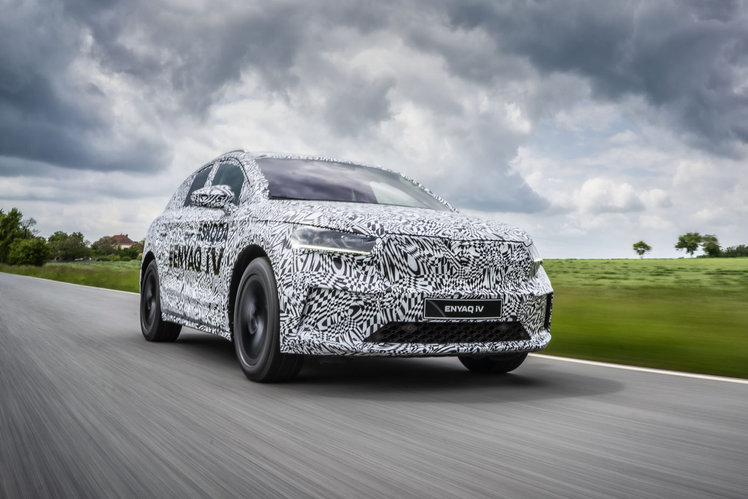 Skoda already has an electric car – the CitiGo-e iV – but it is going to be making a serious expansion to its iV offering with the Enyaq iV.

It will join Skoda’s line-up of SUVs, with Skoda promising that it’s going to be fun rather than geeky, with its build-up to the launch posing the question of how things got so serious?

What time is the Skoda Enyaq iV launch?

What to expect from the Enyaq iV

The Skoda Enyaq iV is based on VW’s MEB platform as per other electric vehicles that the group has recently announced. Skoda is promising that it will be dynamic, spacious and full of surprises. We suspect the spacious reference is thanks to increased cabin space because of the removal of the transmission tunnel that’s common in combustion cars.

There will be a 585-litre boot, meaning plenty of luggage space.

There’s going to be a 13-inch display in the interior, sitting on the dash “wing” with what Skoda is calling “a small nose” that projects forward giving you somewhere to rest your hand when interacting with that display – and bringing the experience nose design into the interior of the car.

Skoda has also talked about an “olive tan” leather, designed to give a more natural feeling inside the car. Much comes from the Skoda Vision E concept. 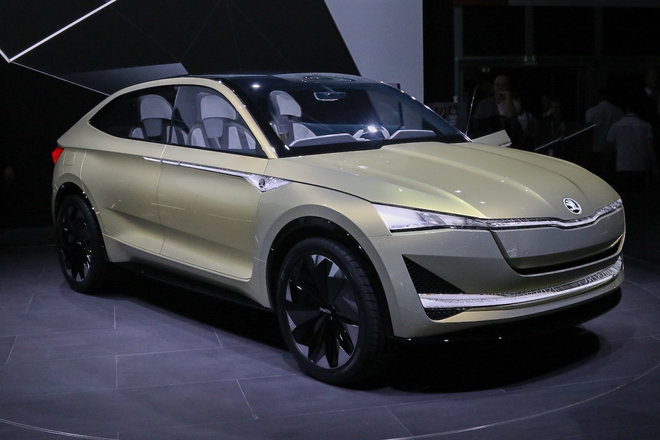 There’s going to be a number of configurations. The smallest battery will be 55kWh paired with a 109kW motor, offering 340km (211 miles) of range – it will be badged the Enyaq iV 50.

Finally there will be an 82kWh battery version paired with a 150kW motor to give 500km (311 miles) range, the Enyaq iV 80. These will all be rear-wheel drive versions.

There will also be two all-wheel models that build on these, the first adding a second motor to the front of the 80 to become the 80X giving it 195kW combined power, while the RS will go one better with 225kW. The top range for the all-wheel drive version will be 460km (285 miles).

The cited 0-62mph is 6.2 seconds, which is pretty nippy, although that’s going to be on the most powerful all-wheel drive version.

Charging will support the normal three pin plug and 11kW wall box, all the way up to 125kW rapid charging, meaning you can realistically cover long ranges without much time spent at the charger.