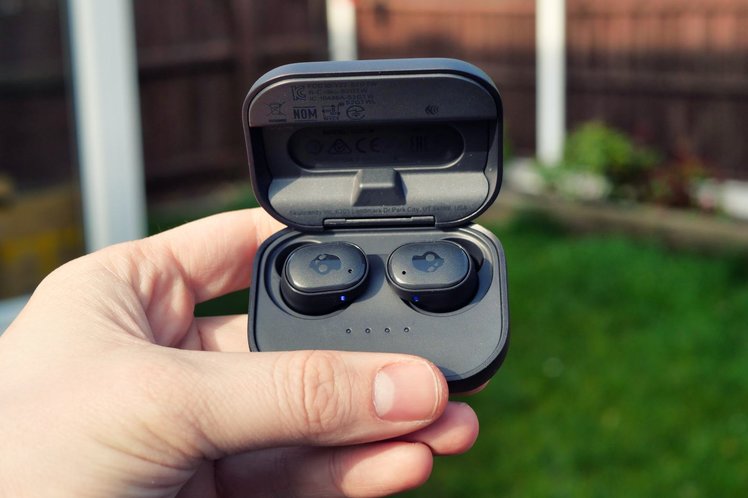 The Skullcandy Grind True Wireless earbuds promise to be the perfect partner for your daily grind. They offer an extensive list of features and at a price point that’s well within the reach of most people. But how do these budget-friendly buds fare in such a crowded market? We’ve put them through their paces to find out.

The Skullcandy Grind earbuds have an understated black plastic design, one that continues throughout the charging case too. There’s a matte textured finish throughout, with the exception of the glossy Skullcandy logo. Everything feels sturdy and well put together, but the overall aesthetic is a little uninspired and there are no fun colours to choose from – it’s black or black. 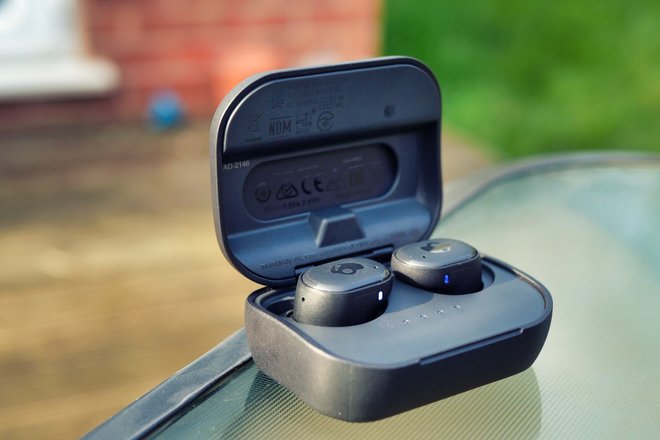 The charging case is slightly larger than your average, but still remains lightweight at under 63g. The larger chassis allows for impressive 40-hour battery life, though, so it’s worth the extra heft. The case has a slight curve on the underside that makes it more comfortable in the pocket than the usual flat charging cases, which we thought that was a nice touch.

In the box, you’ll find a short USB Type-C charging cable, a quick-start pamphlet, and three sizes of silicone ear tips for adjusting the earbuds’ fit.

The earbuds themselves have a fairly large body that extends upwards toward the top of the ear. Despite the bulk, these buds stayed firmly in place even when we were jumping around at the gym. The tips sit quite deep in the ear canal and we found it easy to get a good seal. However, there’s a bit of a ‘plunger effect’ that we didn’t find too comfortable. That said, everyone’s ears are different and your mileage may vary. 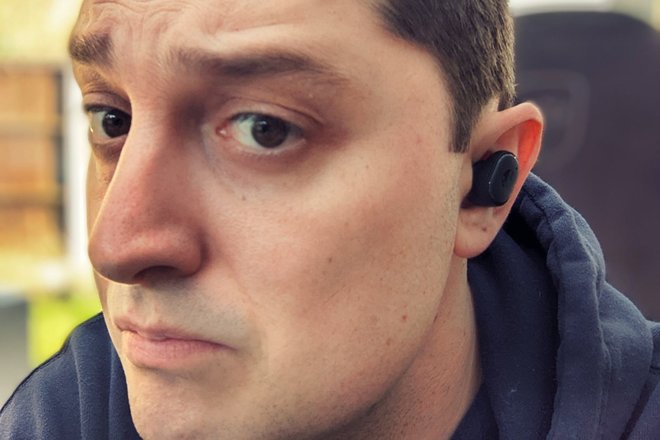 We were pleased to find that the earbuds have a physical button, rather than a capacitive touch sensor. This is something increasingly rare and we find it to be a far more reliable way of controlling your earbuds, especially in inclement weather or when wearing gloves.

The earbuds are IP55 rated so there’s no worry about getting them sweaty or using them in light rain. We also, accidentally, found out that they are quite durable – with the charging case and earbuds having been dropped onto a hardwood floor and kicked across the room without any noticeable damage.

Pairing the Skullcandy Grind buds is as easy as can be. The companion app is full-featured and intuitive too. We never experienced an unwanted disconnect over weeks of testing, while pairing was always fast with both Android and Windows setups.

The depth of the button mapping options within the app really impressed us. You can configure almost any setting to a button press, hold, or series of presses on each earbud, allowing you to access all of the features with ease.

The app also gives you EQ preset options to choose from, plus the ability to create your own custom equaliser curve. It will show you the charge state of each earbud and it enables voice commands, too. All in all, it’s one of the better headphone companion apps that we’ve come across.

The earbuds integrate with the Tile system, too, so you can use the Tile app to locate a missing earbud. This is one of our favourite features, as it’s easy to lose these little things and this could really save some worrying. We did, however, run into a limitation fairly early on: each earbud can be tracked separately, but the charging case is not tracked. We found ourselves wearing the earbuds and having misplaced the charging case, so Tile was no help there.

There are voice commands, too, which work fine – but it’s not a feature we could see ourselves using often. You can launch Spotify with your voice, which is probably the most useful of the features, but most can be achieved better by using your phone’s native assistant. The earbuds also have a feature called Spotify Tap which enables you to launch and start playing Spotify on your device with a single button press. It’s a fairly minor feature but handy nonetheless.

The sound quality is, unfortunately, what lets these earbuds down. That’s not to say they sound bad, just that it’s a dull sound that doesn’t excel in any one particular area.

There’s a tendency toward the lower frequencies, but it doesn’t extend as low as we would like, despite what the specification says. Extremely deep sub-bass on tracks like SBTRKT’s Wonder Where We Land doesn’t produce the rumble that we crave and begins to distort.

Vocals sound decent, though, with plenty of clarity, but the upper midrange is on the muddier side. Highs are well represented but can sometimes be masked by the considerably louder lower frequencies. This can be improved by using the custom EQ to boost the 12kHz range, but those craving utmost detail should look elsewhere. 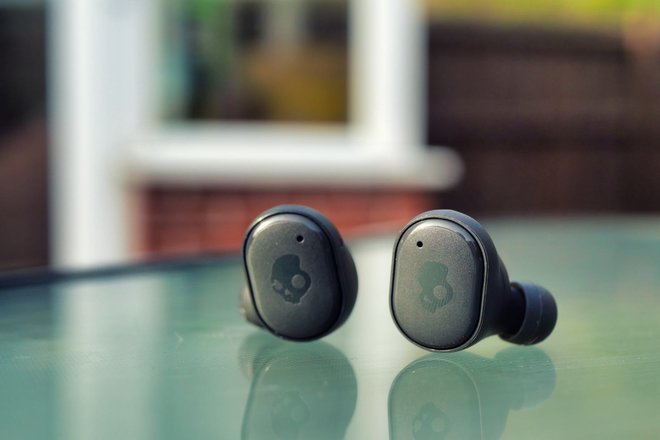 There’s no active noise-cancelling (ANC) on this model either – but we were still able to get a very good seal, which largely kept outside noises at bay. The isolation was so good, in fact, that we found ourselves frequently having to use the Stay-Aware Mode” to avoid stepping into traffic while out and about. Again, this will all depend on the shape of your ear, so your experience may differ.

Battery life was superb throughout our testing, with the earbuds seemingly matching their claims of nine hours standalone and 40 hours including the charging case.

The microphone quality is unremarkable but sufficient. It’ll do the job just fine for hands-free calls but you wouldn’t want to use it to record a podcast.