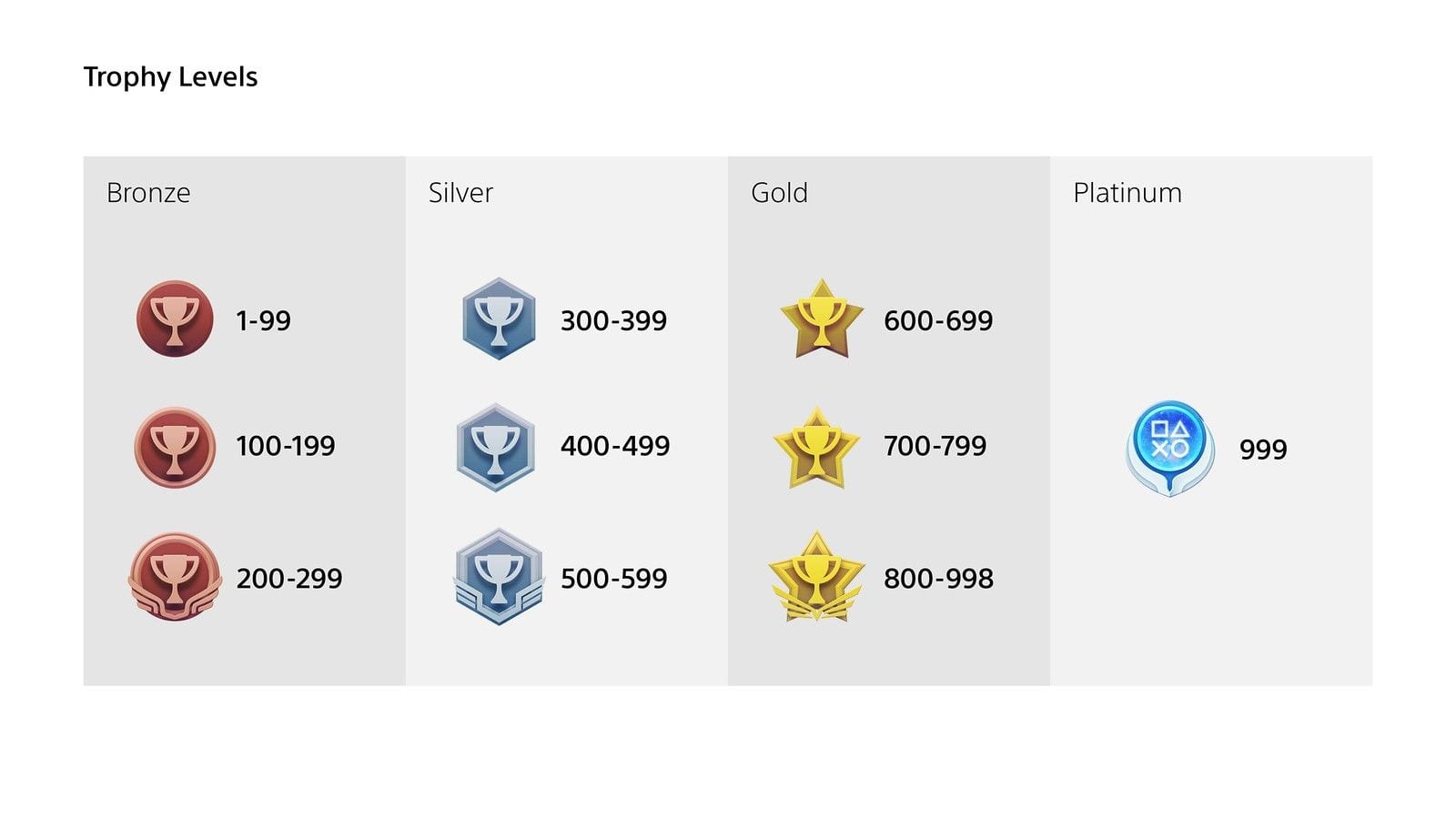 Today Sony Interactive Entertainment announced a substantial change in the way your PlayStation Trophy level is calculated just in time for PS5.

The level range will be changed from 1-100 to 1-999, which means that when the change will go through, your level will be dramatically increased.

For instance, if you’re level 12 now, your new rank will be over 200. This will happen tonight in North America and Tomorrow in Europe. You don’t need to do anything as it’ll happen server-side.

We of course, we also hear that trophies will all carry over to the PS5, but this isn’t too surprising.

Below you can read the full extent of the changes.

We’ve implemented a new Trophies level calculation system that is more optimized and rewarding. Players will progress quicker through the early levels, and levels will increase more consistently. Platinum trophies will count more toward your level progression, making them even more valuable.

With an expanded level range, we’re also updating the trophy level icon on PlayStation 5, as well as PlayStation App at a later date. Currently the Trophies icon is just a single gold star, but we’re adding a few variants:

The icons will also have a subtle distinction to visually suggest how close you are to the next level.

Incidentally, you can catch a lot of PS5 gameplay showcased last weekend by a large group of local YouTubers and watch a new teardown of the console.

If you’re interested in the PS5, recently Sony announced both prices and release dates.

The first release date will be on Nov. 12 in the United States, Japan, Canada, Mexico, Australia, New Zealand, and South Korea.

Everyone else will have to wait a little more: the console will launch in Europe and in the rest of the world on Nov. 19.