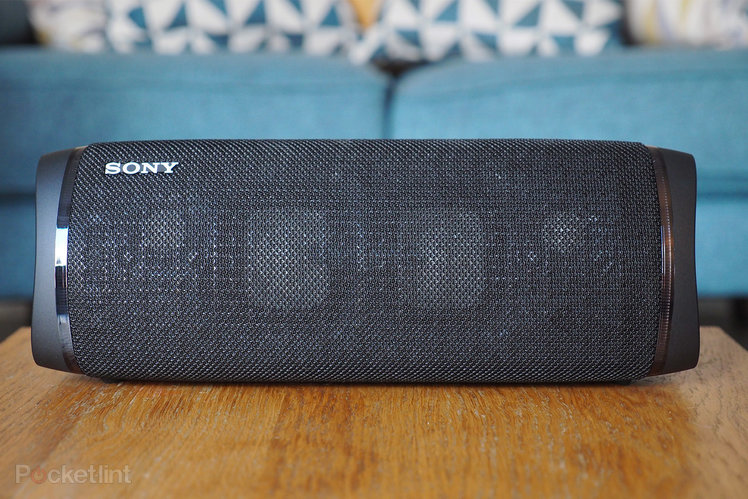 When we first plugged in the Sony XB43 it winked and flashed its lights at us. Hold up, isn’t this a speaker? Yes, but Sony’s Extra Bass range goes a step further in providing a disco-tastic array to go along with your tunes. Herein, we suspect, is the moment when many people stop reading and click that little ‘x’ to the top corner of the page.

If you’re still here, however, then we’ve got to say that – once you’ve figured out it’s possible to turn off the flashing multi-coloured lights (we’re boring, we know) – there’s a lot of good about the XB43. It’s got big and bold sound, is relatively portable, dust- and weather-sealed, and if you can get it for the right price it’ll give the competition more than a run for its money.

If you’re keen on the whole lighting setup then there’s a series of them in the XB43: two edge strips wrap around towards the passive radiator openings at either end of the speaker, illuminating in multi colours; while four main white lights behind the fabric mesh are positioned over the two woofers and two tweeters. There are various light modes, which you’ll either see as a bit of fun or, well, entirely baffling.

The lights obviously eat into battery life, though, so with them switched on Sony quotes a maximum of 14 hours battery life. We’re firmly in the camp of keeping them off, which will provide up to an additional 10 hours of battery life – giving a full 24 hours of listening. That’s a lot of life per charge.

USB-C recharging – the port is hidden behind the panel to the rear – makes it easy to plug in for top-ups. There’s also a full-size USB port if you want to plug your phone in to draw from the speaker’s battery, and a 3.5mm socket if you’d rather use a wired connection instead of Bluetooth.

The ports aren’t exposed to assure the speaker’s IP67 rating, meaning it’s fully dust sealed and water resistant – as in properly submersible down to a metre’s depth for up to half an hour, should it slip into your party pool by accident. 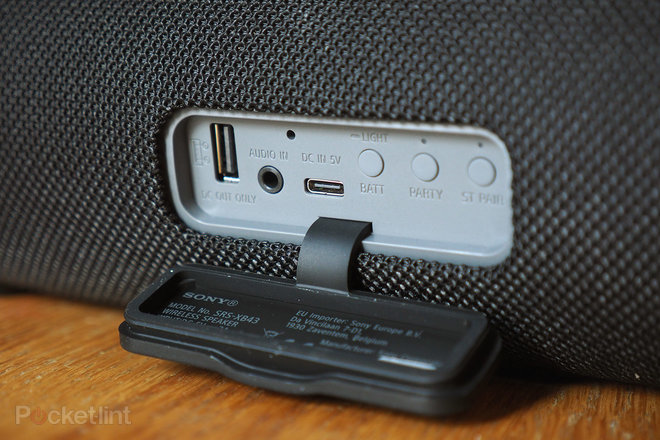 Party really is the theme here, with Sony’s Party Connect meaning you can connect up to 100 speakers in tandem. Well, you can *if they’re all up to date – so if you have an older XB product then don’t bank on it being able to pair, which is a bit of a potential sting.

Our review unit is finished in black, but there’s a blue model available too if you want some extra eye-catching goodness to go along with the light show.

A lot of speaker makers tout having a 360-degree or similar sound output as being the be-all of portable speaker design. Sony doesn’t actually go down this route, so the XB43 is relatively more directional in its sound delivery. It’s not as though you can hear nothing from obtuse angles, but for best quality you’ll need to be face-on. 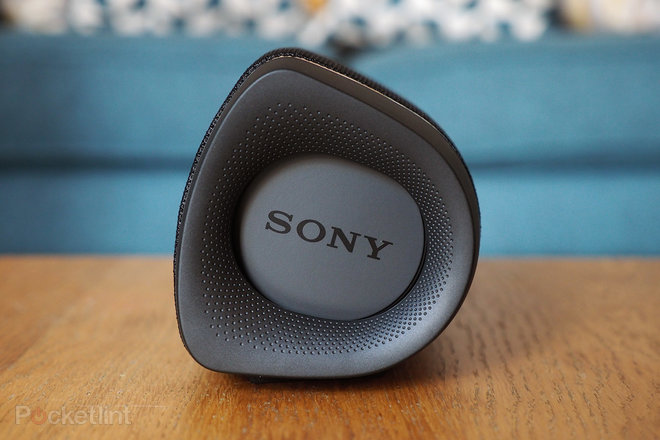 When you are face-on to the XB43, however, it knocks out a big, bold sound. Never one to go shy on the party speaker sell, that’s for sure, it’ll pound out pop hits with gusto, those twin passive radiators vibrating all the while to ensure its Extra Bass name is affirmed.

Sony claims bass down to 20Hz, which is so sub-bass that you wouldn’t really be able to hear it anyway. We’ve tested it and, while it does output at 20Hz, you’ll get more thwap from the 45-60Hz range – which is no surprise as a bass guitar won’t output sub 40Hz at its lowest note anyway. Short point being: there is bass in abundance.

The arrangement of two speakers adding ammunition to the passive radiators, paired with two tweeters, isn’t a hyper complex setup and, therefore, there can be the slightest of disconnect to the listening experience – it’s just not quite as fully cohesive as you can find elsewhere. It’s big, it’s loud, it’s wall of sound stuff – and that’s perfectly satisfying – it’s just not especially deft in its delivery. 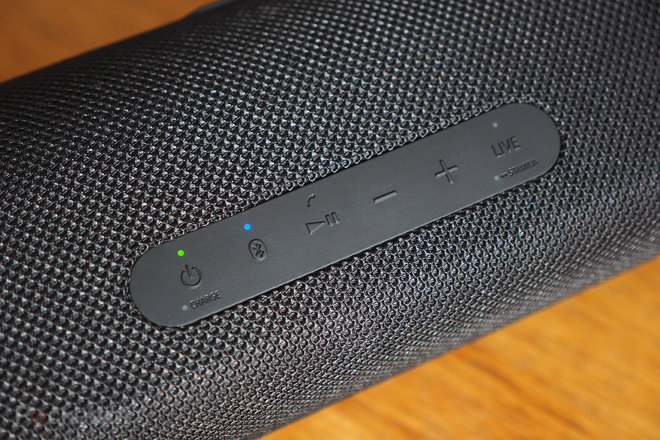 There is also a ‘Live’ button on the speaker which adds sound processing to give a pseudo 3D surround. This can add more dynamism, as if it’s lifting the track and helping to segregate the elements, but sometimes the speaker’s ability to discerningly handle high-end audio can actually highlight lower-end content – some of our Spotify streams have made it highlight distorted artefacts to some degree, as the tweeters can be a little sharp.

If you have a higher quality source then Sony’s LDAC codec is on board, meaning it can handle 24-bit/96kHz streams over Bluetooth – which is really high quality (if you can get it).