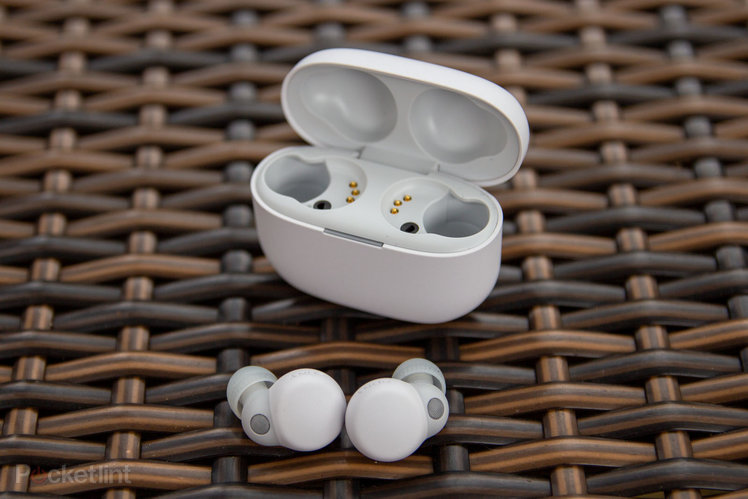 Sony has, for many years, been one of the top choices for headphones. With flagship product lines like the 1000X grabbing awards and headlines, there’s no shortage of quality, if you’re happy to spend big bucks.

With the emergence of a new brand early in 2022 – LinkBuds – we thought this name would be reserved for those unique open-ear headphones, but not so. It’s also applied to the LinkBuds S, which land as a sort of sub-flagship model, replicating much of what the WF-1000X offer, but in a more affordable package.

We’ve plugged in and kicked back with Sony’s LinkBuds S to see whether they’re worthy.

Let’s get to the bottom of the name. Sony has a lot of products and while 1000X has become a brand in its own right, the rest of the range is obscured with numbers and letters. LinkBuds, it appears, is designed to push another brand name.

The LinkBuds S product name is WF-LS900N, although Sony is avoiding using this, perhaps to try and get LinkBuds S to stick. As so they should, because this is a solid set of true wireless headphones. 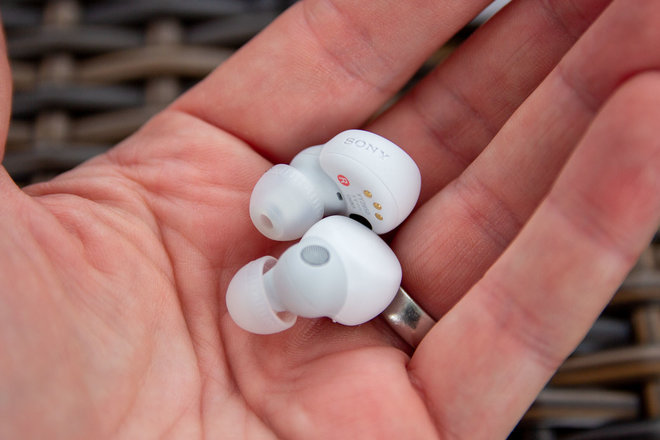 The LinkBuds S are compact, slimming down compared to the WF-1000X to make them 41 per cent smaller and 43 per cent lighter.

The design means they sit nicely in the conch of the ear, visible but not protruding, so there’s no issue pulling a hat over them. They come with four sets of tips in different sizes to help you get the perfect seal.

We found them to sit nicely in the ear, comfortable and secure, meaning there’s no need for things like fins or wings to help them lock into your ear. That means they’re secure when racing around – but of course the fit will differ from person to person. 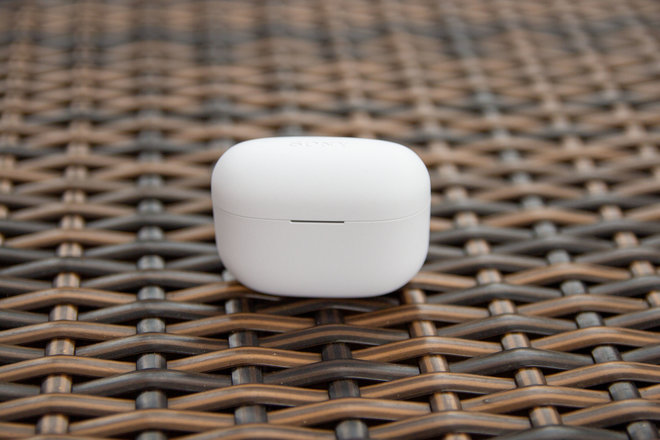 They are finished in a tactile plastic, strokably smooth both on the body of the bud and through the case. They are protected by an IPX4 rating so can handle some splashes, but won’t survive a soaking like some dedicated sports earbuds.

The case has a USB-C charging socket on the back – there’s no wireless charging – with a rear button to trigger manual pairing. There’s a nice action to the lid of the case, with a colour LED bar to give you some status indication and overall a good feeling of quality.

They come in three different colours, black, white and ecru, which is sort of beige.

Thanks to Google Fast Pair, if you’re connecting to an Android device the LinkBuds S will be automatically detected when you open the lid so you can just tap and away you go. Once connected, you’re also offered a link to the Sony Headphones app.

While the app isn’t essential, it does unlock a lot of the functionality, so you’ll want to install that app too. It’s within this app that you can define things like the connection quality, with LDAC on supporting devices for higher-resolution music, as well as the ambient sound mode and controls. 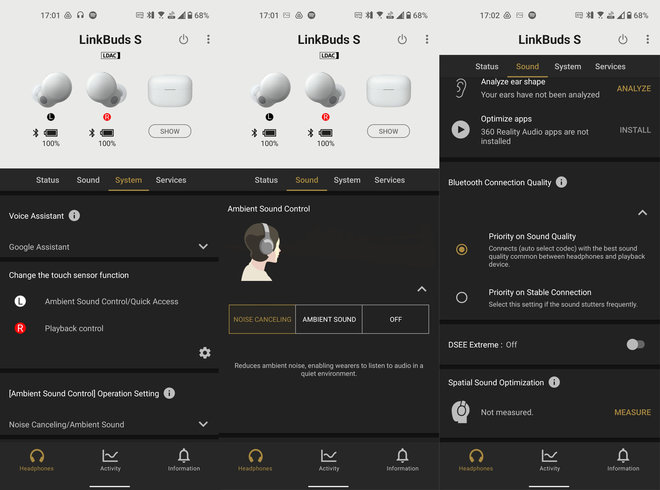 If you’re connecting to an iPhone you’ll find yourself on AAC, but Android now offers wide support for LDAC, not just on Sony Xperia handsets, but many others too. The Sony Headphones app lets you choose between sound quality or connection quality, as LDAC is more demanding on the connecting device and can occasionally lead to some connection problems if the signal isn’t strong enough.

The app lets you manage the ambient sound system, which offers to automatically adapt itself based on your activity. So if you’re walking, for example, it will let more sound through, but when you’re sitting still it will block out more background noise.

This adaptive system is optional, however, and we found it better to turn it off so you know exactly what you’re dealing with. We also found that the LinkBuds S always connected in ambient sound mode, even though we always used them in noise cancelling mode. 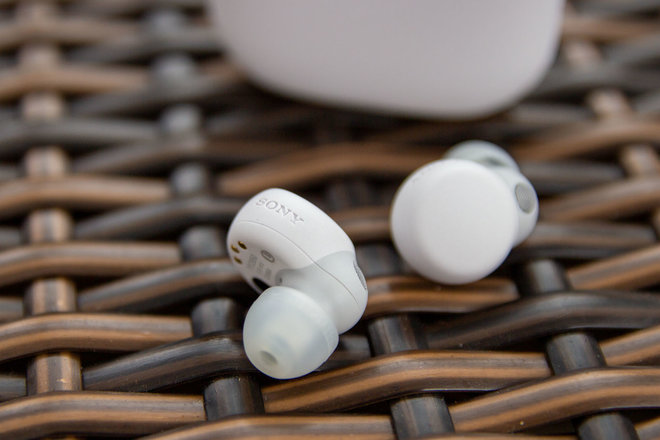 You can customise the controls to a degree, so the supported taps offer different functions. Again, these are all mapped out in the app. Like the 1000X, you can have ambient sound with a tap on a bud, or you can have the music pause when you start talking, which is ideal for ordering coffee for example.

There’s also integration with Alexa or Google Assistant, as well as quick access to Spotify if you want it, meaning that you’re fully equipped with services.

We’ve also found that occasionally the responses to taps aren’t as snappy as we’d like them to be. A double tap to skip tracks, for example, seems to take longer than it should and has often left us pausing rather than skipping music.

The Sony LinkBuds S are loaded with audio tech. There are 5mm drivers in each ear bud, but there’s also a lot going on to make your music and calls sound better.

LDAC we’ve mentioned and generally we’ve experienced a solid connection using LDAC on a number of phones, occasionally dropping connection for a brief period when turning the head. Connection and music is quickly restored, but this didn’t appear to be dependent on the device we were using, it seemed common to all phones we tested.

Switching to the option for a stable connection resolves this problem, so if the infrequent breaks in your music are irritating, then make sure you choose that option.

LDAC will get the most out of your higher quality tracks, but for those who aren’t streaming from a high-quality source, there’s the option of DSEE Extreme to boost the sound quality of your compressed tracks. Again, we found it better to turn this on. 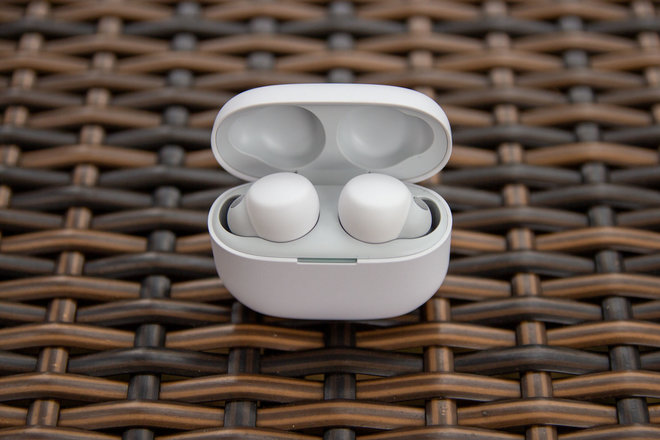 The sound quality is good from these headphones, with the option to tweak the equaliser if you want to customise it further to your liking.

The active noise cancellation is also really effective, great for blocking experior noise, like road noise and the hiss of an aircraft – although it won’t give you quite the sense of silence that you’d get from over-ear headphones.

Easy switching to ambient sound is useful if you want to be more aware of your surrounding when walking on busy streets for example.

The noise cancellation works well on calls too, with those on the other end of the line still able to hear us with minimal disturbance, even in busy locations. Most were unaware that we were using earbuds for the call, which is what you want.

The option for voice assistants is great, although we found the Google Assistant experience to be a little slow. On an Android device you can have a deep integration, able to read you notifications and offer the option to reply, but it all feels a little too slow and after a while it can be easier just to use your phone. But in a pinch with your hands full, it’s perfectly serviceable.

The headphones also offer access to 360 Reality Audio, aiming to give you more immersive audio with compatible apps. The setup for this process involves taking photos of your ears, we’re not sure why. Frustratingly you’ll have to repeat the process if you move phones or connect to a different device.

There is no support for multipoint pairing.

The LinkBuds S will give you 6 hours of music playback with ANC turned on, extending to 9 hours if you turn noise cancelling off. The earbuds take approximately 2 hours to charge in the case.

The case charges via USB-C, which takes about 3 hours for a full charge. The case will give you 20 hours of total battery life, which is pretty average for this segment of the market, and you can check the battery status via the app. When the battery level gets low, you’ll get an announcement in your ear, so you’ll know when to charge.