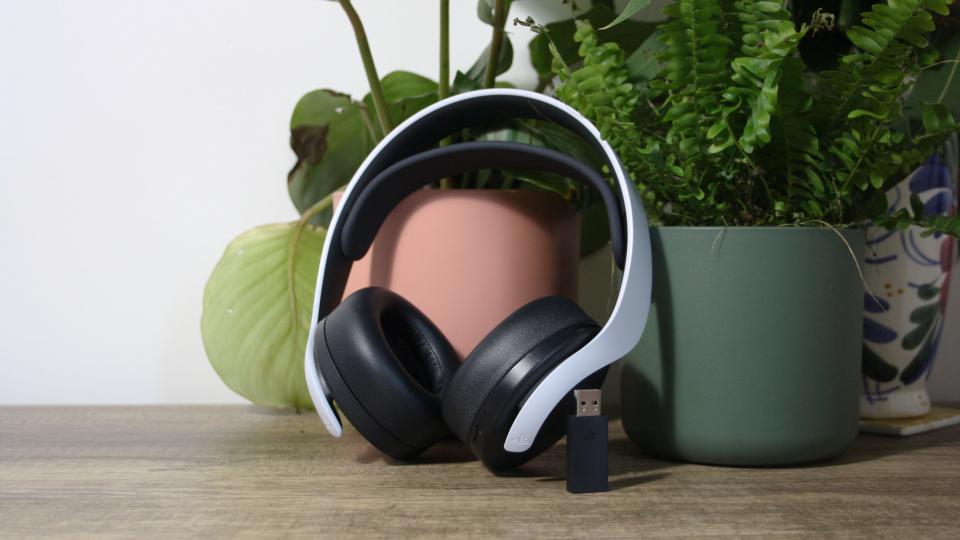 The Pulse 3D headset is in a curious predicament. While the PS5 is off breaking records and selling out everywhere, Sony’s new line of PlayStation-branded peripherals is sitting quietly on the sidelines, waiting to be noticed. The Pulse 3D is perhaps the most intriguing of these new products and yet there doesn’t seem to be much chatter about it.

As it turns out, Sony’s new wireless gaming headset probably doesn’t warrant masses of talk, but it’s by no means a bad product – far from it. The Pulse 3D sounds good, costs relatively little and performs flawlessly with PS4, PS5, PC and Nintendo Switch. There’s nothing particularly mind-blowing about it, but gamers on a budget will struggle to find a better-value headset, which in many ways is the only recommendation the Pulse 3D needs.

Sony Pulse 3D headset review: What do you get for the money?

For the money, you’re getting quite a lot of product: the Pulse 3D headset comes with a USB dongle (for pairing with compatible devices), a USB-A to USB-C charging cable and a 3.5mm cable for wiring the connection. It has two built-in microphones, plus a left earcup brimming with buttons: the power switch, USB-C port and 3.5mm port are joined by a mic mute button, volume controls and a game/party chat audio mix adjuster.

Sony promises a battery life of around 12 hours, which neatly lines up with my own experience. This isn’t particularly impressive but it’s enough for a few hefty gaming sessions. Charging via USB-C takes around three-and-a-half hours, which is a little on the slow side but far from terrible.

Sony Pulse 3D headset review: What’s it like to wear?

At the risk of repeating myself, for the money the Pulse 3D headset is a remarkably well-built product. Given that it’s made entirely from plastic, it does feel a tad cheap but, unlike many similarly priced headsets, the Pulse 3D doesn’t clamp your head too firmly. Better yet, the foamy, faux leather ear cups are spacious and comfortable enough for prolonged use. Plus, for the fans, Sony has made sure to reuse the DualSense controller’s unique texture (made of tiny circles, squares, crosses and triangles) on the Pulse 3D’s headband.

READ NEXT: Our full PlayStation 5 review

Sony Pulse 3D headset review: What’s it like to use?

There are positives and negatives. The Pulse 3D headset pairs instantaneously with your PS4, PS5, PC or Nintendo Switch, courtesy of the USB receiver, which is a relief. It’ll even work with the Xbox Series X if you use a 3.5mm cable and, although the cup-mounted controls work most seamlessly with the PS4 and in particular the PS5, they also function perfectly well with PC. The volume controls work fine on Switch, too.

On the other hand, the cup-mounted controls themselves are a mess. With very little to distinguish one button from another, feeling your way around the various controls is a real challenge until muscle memory kicks in. A simple volume wheel or textured button caps might have helped here.

The quality of the built-in microphones isn’t great, either. There are two of these, each built into the ear cups instead of on a bendy or extendable boom, which is pleasing inasmuch as it reduces clutter. However, sound quality is mediocre. Fellow Zoom callers noticed a fair amount of background noise while gaming companions said it sounded as if I was using the single earpiece/mic that came with the PS4.

Let’s be realistic: if you’re a true audiophile, you certainly won’t be buying the Pulse 3D headset. But of the four or five (predominantly more expensive) gaming headsets sitting in my home office, currently, the Pulse 3D is definitely my favourite on the audio front. It won’t blow you away but for listening to whatever music happens to soundtrack your working day, it does a perfectly good job.

Sony says the Pulse 3D headset has been optimised for use with the PS5’s new Tempest sound engine, and I certainly can’t disagree; it isn’t the most advanced headset on the planet but the 3D audio technology performed as intended. Strolling through Central Park in Spider-Man: Miles Morales, the chatter of NPC Manhattanites and bustle of nearby traffic had plenty of depth and direction.

Since Tempest is really simply a bog-standard 3D audio solution, it should function with other headsets, although it only works in games. I tried it out with the Logitech G733 Lightspeed for comparison’s sake and the Pulse 3D did a far better job recreating a sense of creating a three-dimensional audio soundscape.

READ NEXT: The best TVs for next-gen gaming

Sony Pulse 3D headset review: Should I buy it?

It would be easy for me to recommend a similar headset like the Turtle Beach Stealth 600 Gen 2 or Logitech G733 Lightspeed, since both offer a good feature set at a similar price.

If you’re a PlayStation fanatic, the Pulse 3D headset is a solid, inexpensive way to make the most of the new machine. But even if you’re not, the proposition this headset offers is a strong (albeit unexciting) one: good value, decent sound and a strong commitment to comfort are all hard things to pass up.