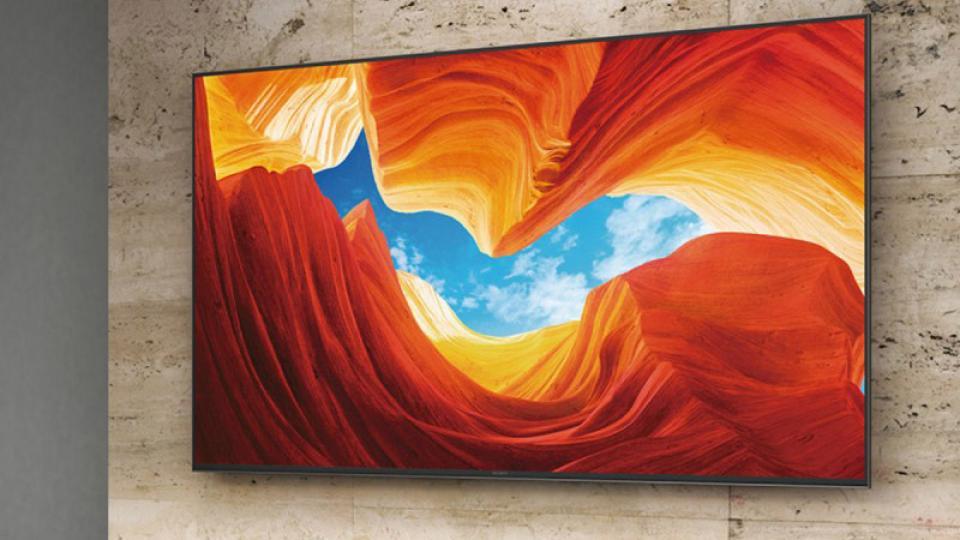 Our Rating Price when reviewed 2,199

Even at its £2,199 launch price, we felt that the Sony XH90 was fairly priced considering its excellent picture quality and 75in panel size. And with £400 off at Currys PC World, it’s now easily the best value big-screen 4K HDR TV you can buy in 2020. Read our full review below and you’ll see exactly why it’s earned our stamp of approval.Currys PC WorldWas £2,199Now £,1,799Buy Now

Sony has launched ten families of TVs in the UK this year, ranging from affordable 4K LCDs to premium 4K OLED and 8K LCD models, but the XH90 is arguably the most interesting of the bunch. Why? It’s the only one of the Japanese giant’s 2020 TVs that’s prepared for silky-smooth 120Hz 4K gaming and packed with niceties such as Variable Refresh Rate (VRR) and eARC support.

Before you get too excited, however, it doesn’t have all these HDMI 2.1 features straight out of the box. They’ll be added as part of a firmware update due later this year, and weren’t activated at the time of this review.

Thankfully, it’s not all about the gaming. The Sony XH90 is simply a great all-around 4K TV with impressive HDR performance and incredible motion handling. And unlike most 75in rival TVs, it’s actually fairly affordable.

Sony XH90/XH92 review: What you need to know

The Sony XH90 directly replaces the Sony XG85 from 2019, but with one huge upgrade: the old IPS edge-lit panel has made way for a VA-type LCD with full-array local dimming (FALD). As a result, the XH90 can deliver a higher maximum brightness, punchier images and better screen uniformity than its predecessor.

The XH90 is available in four sizes: 55in, 65in, the 75in size on test here and, lastly, 85in. There are some alternative XH90 models out there; the XH9077, XH9096 and XH92 variants feature a two-way stand position, but they use the same panel as our review unit so you can expect similar image quality. 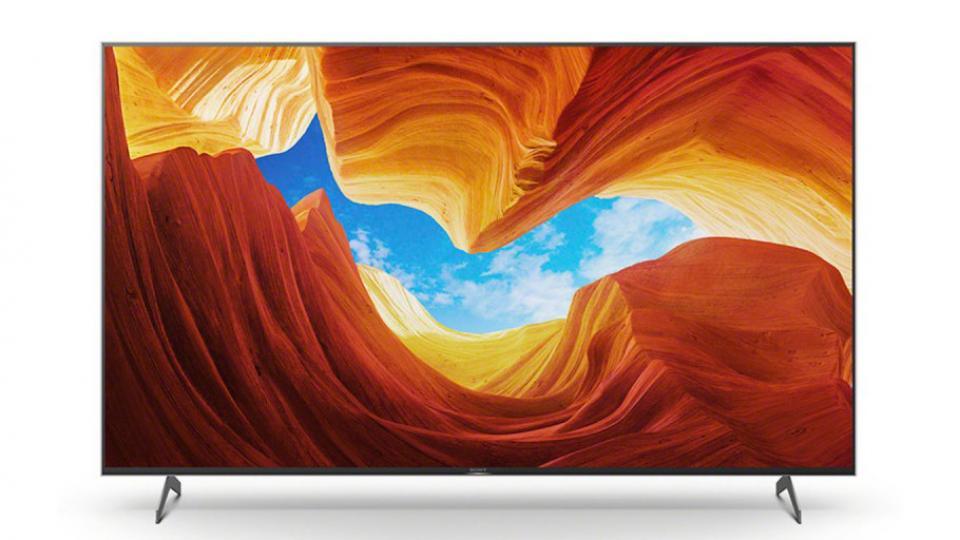 Sony has equipped the XH90 with its X1 4K HDR picture processor, which is a step down from the X1 Ultimate chip you’ll find in Sony’s flagship models. That said, it still has X-Motion Clarity black zone insertion technology and supports the HDR10, HLG and Dolby Vision HDR formats. Meanwhile, the XH90’s smart platform is based on Android TV 9.0 Pie and grants access to all the streaming apps you’d expect, from Netflix and Disney Plus to the free UK catch-up services.

However, one of the XH90’s key rivals is the Samsung Q80T. The range begins at £1,299 for the 49in model, reaching all the way up to £2,899 for the 75in set. It’s obviously much pricier than the XH90 but it does give you plenty of additional features. 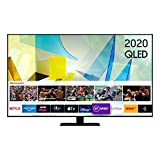 For a start, it’s a QLED model, so it will have a higher level of colour vibrancy and overall panel brightness. Secondly, it offers VRR, ALLM and 4K 120Hz refresh rates out of the box, HDMI 2.1 features that won’t land on the XH90 until that aforementioned firmware update. What the Samsung Q80T won’t give you, however, is support for Dolby Atmos and Dolby Vision, although it does offer HDR10+.

The Nano90 supports Dolby Vision, HDR10 and HLG, and also offers Dolby Atmos audio. All the important HDMI 2.1 gaming features are on board too, including 4K 120Hz refresh rates, VRR and ALLM. Unlike the Samsung Q80T and Sony XH90, the LG Nano90 also includes a Wide Viewing Angle layer, and this may give it the edge in some living rooms.

Considering that it’s using direct-lit LED backlighting with full-array dimming, the Sony XH90 is a fairly sleek-looking beast. The chassis flares out at the rear to accommodate the FALD backlighting array, but it has relatively thin bezels which are finished in a snazzy silver trim. The only niggle is that those reflective bezels may draw unwanted attention to themselves, and the semi-gloss panel is also fairly reflective which might not be the best combination in some homes. 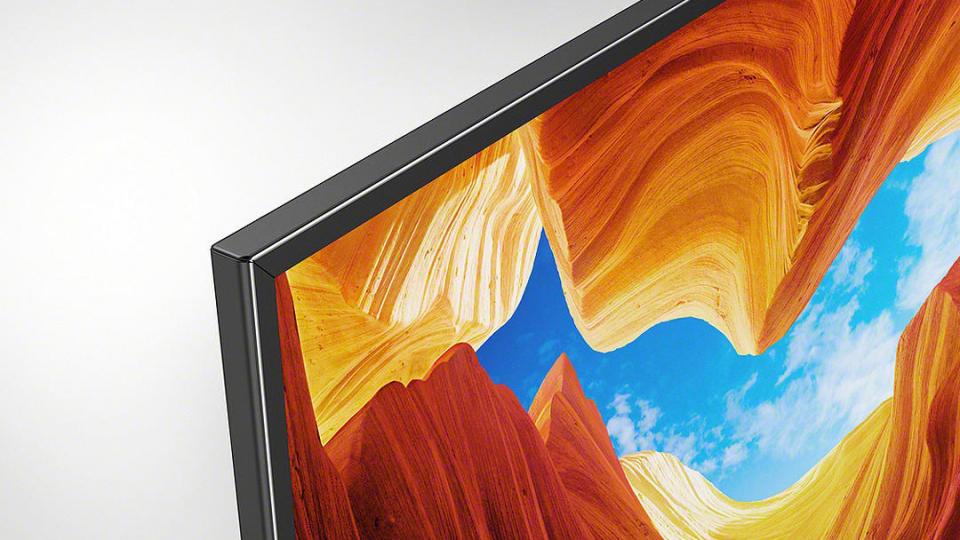 The XH90 sits on a pair of metallic feet situated at either end of the TV, and this means you’ll need a suitably wide TV stand. If that doesn’t suit, you could always go for an XH907, XH9096 or XH92 variant – these models allow the feet to be placed inwards to suit narrower AV furniture.

All of the XH90’s connections are located to the left rear of the display. It has four HDMI ports, two of which – namely HDMI 3 and HDMI 4 – are HDMI 2.1. Of those, HDMI 3 is the only designated port for ARC and eARC sources. 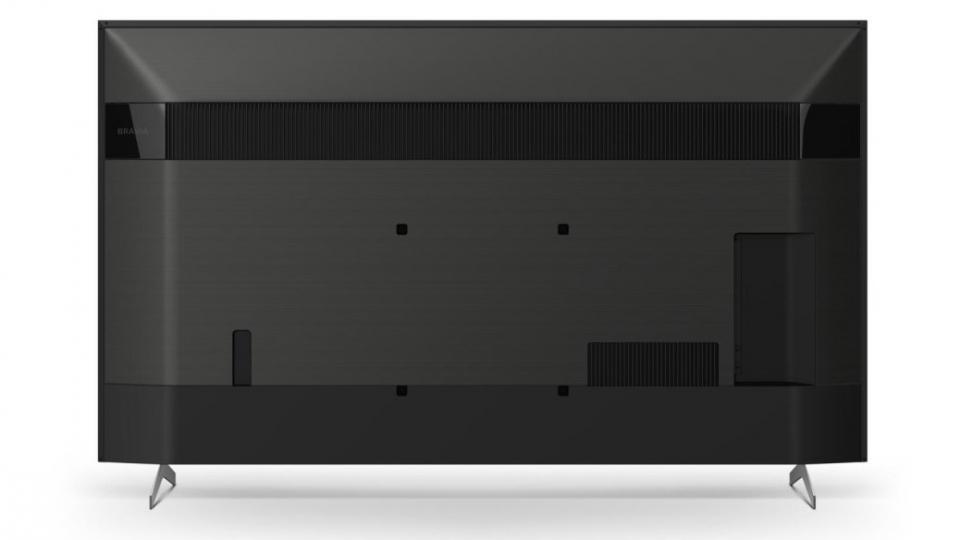 The XH90 has what Sony calls an ‘Acoustic Multi-Audio System’ made up of dual speakers backed up by additional sound positioning tweeters. For TV speakers, the soundstage is solid and the bass has some kick, but they still can’t beat an external soundbar or home theatre system. As for audio enhancement, the XH90 supports Dolby Atmos as well as DTS Digital Surround.

Sony includes a nice black remote with the same shape and layout as its more premium control – but without backlighting – and shortcut buttons for Netflix and Google Play.

Speaking of applications, the XH90 has all the usual paid streaming platforms: Disney Plus, Amazon Prime Video, Now TV and (obviously) Netflix and Google Play.

As in previous years, you can access UK catch-up apps through the integrated YouView service, although now it’s no longer essential to go directly through YouView. All you have to do is agree to YouView’s T&C’s during set up and all of the individual apps, from BBC iPlayer to My 5, will be available from the home screen.

The XH90 is the only Sony TV so far to use the new Mediatek MT5895 processor, which is supported by 3GB RAM. As a result, navigation of the Android TV 9.0 Pie is blazingly fast and super responsive.

While there are fewer colour calibration controls on the XH90 than on Sony’s flagship X1-Ultimate powered TVs, the XH90 can still be calibrated to accurate levels. Following our calibration, we measured a Delta E average of only 1.27 and in real-world viewing the colours and skin tones look realistic and natural.

Panel uniformity is top-notch too, especially considering this is a 75in LED LCD TV. On full-field grey slides, there was no banding whatsoever and only minimal dirty screen effect (DSE), with a slight darkening visible in the corners. In day-to-day use, you wouldn’t notice the DSE at all.

The Sony XH90’s motion control is better yet. It’s capable of native 24p movie playback, even when the ‘Motionflow’ setting isn’t engaged. This allows for smooth panning shots in 24fps films, without the faintest hint of judder. And even after cranking the smoothness right up to its maximum settings, 24p playback isn’t as thickly slathered with Soap Opera Effect as we’ve seen on previous Sony TVs. 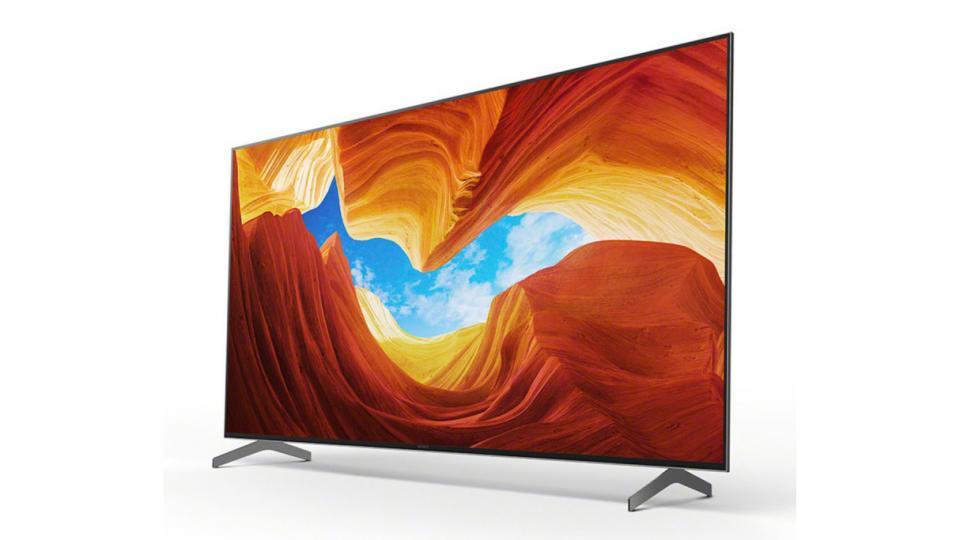 Technically speaking, the XH90 has a baseline motion resolution of 300 lines on 50/60Hz content. X-Motion Clarity – activated by setting ‘Smoothness’ to 2 and ‘Clearness’ to 1 – boosts the motion resolution all the way up to 1080 lines, and it’s only at this point that Soap Opera Effect is evident during 24p playback.

Overall, Sony’s motion interpolation technology is the best among the TV brands, introducing the least interpolation artefacts with no noticeable frame skipping or stuttering.

By LED LCD standards, the VA panel on the XH90 is able to achieve exceptionally deep blacks. It doesn’t use a viewing angle compensation film, however, so colours and contrast levels degrade when the TV is viewed off-axis. Just as with any other TV, it’s best to face the XH90 head-on when watching or gaming.

There are only 32 local dimming zones on the XH90, laid out on a 4×8 grid; that’s really not a lot of zones, and it shows. Sony might have one of the best local dimming algorithms in the business but, due to the physical limitations, there is some inevitable blooming and backlight fluctuation.

The algorithm prioritises accuracy over blooming suppression, meaning that the XH90 exhibits more shadow detail and brighter subtitles than you’d see on a Samsung QLED, at the cost of having more noticeable blooming (or haloing) of faint light around bright objects on the screen.

Upscaling of standard-definition content to 4K is decent enough on the XH90, but clearly inferior to the results achieved by Sony’s top-tier X1 Ultimate chipset. It’s particularly unforgiving with bit-starved, heavily compressed content because the XH90’s black gradation is poorer than other Sony TVs we’ve tested, and there’s no ‘Smooth Gradation’ control to smooth out in-content posterisation.

Bright HDR scenes look much more vivid on the XH90 than they do on rival OLED TVs, mainly because it’s not held back by an Auto Brightness Limiter. With that said, images don’t have as much dazzling impact as on the higher-end Sony XH95 or Samsung Q95T.

The XH90 actually uses the low-latency (or player-led) version of Dolby Vision, which isn’t as effective as the standard TV-led version. This can have an impact on daily viewing. For example, we spotted some unsightly near-black posterisation when playing Netflix content in Dolby Vision.

The big selling point of the XH90 over its 2020 Sony stablemates is the promised support for HDMI 2.1 features. Sony indicates that the HDMI 2.1 firmware update will grant the XH90 access to features such as 4K 120Hz playback, ALLM for auto-enabling Game Mode and VRR for tear-free gaming. This makes it a solid choice for gamers looking to pick up a new TV before the PS5 and Xbox Series X hit the shelves at the end of the year.

Response times are extremely quick on the XH90 once Game Mode is engaged (we had to activate it manually), with an input lag of only 18ms. That’s speedy but it’s not quite class-leading these days; the Samsung Q95T has an input lag of 10ms and the LG CX has a response time of only 6ms on a 4K/120Hz signal.

With the Sony PlayStation 5 on the way later this year, you’d think Sony would want to make sure all of its high-end 2020 TVs were HDMI 2.1-ready. As it stands – and provided Sony makes good on that firmware update promise – the Sony XH90 is a better choice for gamers than the Sony XH95, which is limited to 60Hz at 4K and lacks VRR and ALLM.

READ NEXT: The best TVs for gaming

Frustratingly, one of the XH90’s main attractions – it’s HDMI 2.1 support – has yet to materialise. With no deadline set for the firmware update, it’s a bit of a gamble buying the XH90 right now.

Once HDMI 2.1 lands, however, the XH90 will be much more tempting. And even without HDMI 2.1, the XH90 is a good all-rounder that represents excellent value for money – particularly so when compared to rival 75in models.

Yes, pricier Samsung and Sony full-array local dimming TVs do offer a better all-round viewing experience, but they cost an awful lot more too. The XH90’s picture quality is more than acceptable for a mid-range option and serves up vibrant HDR and exemplary motion handling. At this price, that’s enough to earn the Sony XH90 a well-deserved Recommended award.