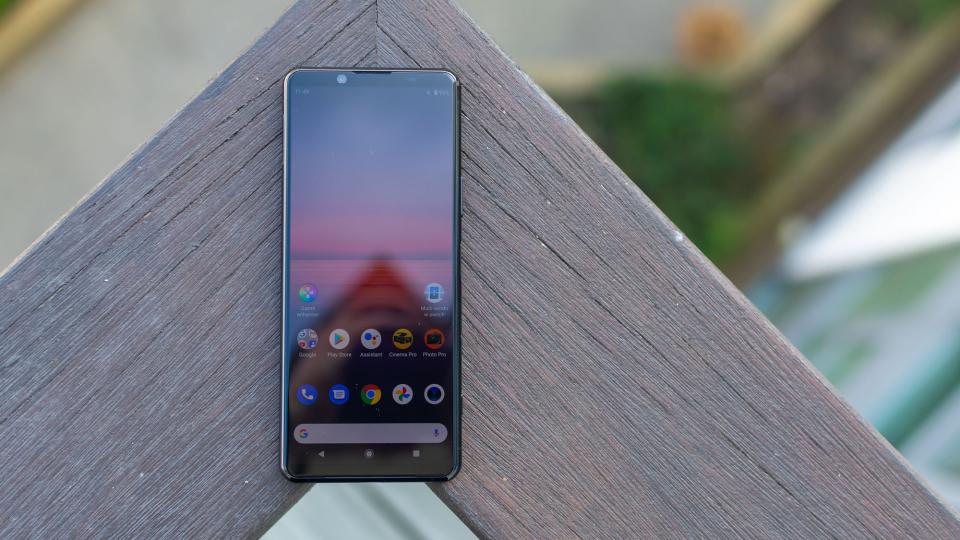 Similar to the Xperia 1 II but £300 cheaper, the Xperia 5 II is the superior choice

Sony’s Xperia 5 II is an affordable counterpart to this year’s pricey Sony Xperia 1 II and the successor to last year’s Xperia 5. Pronounced “Xperia Five Mark Two”, Sony is clearly sticking with its unconventional naming strategy for 2020, by simply adding a Roman numeral at the end of a product name whenever a new version launches.

Confusing name aside, the Xperia 5 II introduces a handful of changes, including 5G support courtesy of the Snapdragon 865 chipset, a larger 4,000mAh battery, a 120Hz display and the same triple focal length camera array found on the more expensive Xperia 1 II.

Sony Xperia 5 II review: What you need to know

Now that you mention it, the Xperia 5 II actually shares most of the Xperia 1 II’s core specifications, despite costing a lot less. Both phones come with the aforementioned Snapdragon 865 CPU and 8GB of RAM, have identical camera specs and incorporate the same tall-narrow 21:9 design. 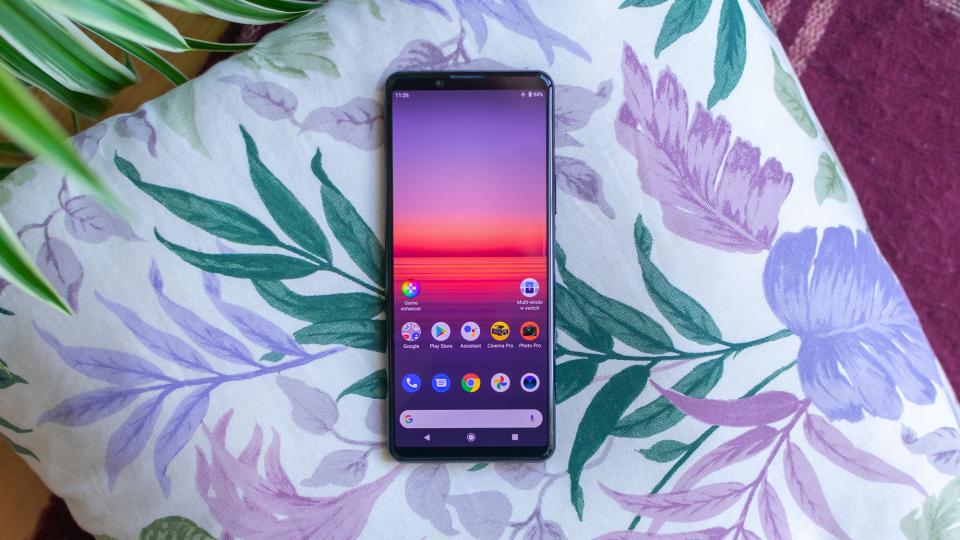 In fact, the only major difference is that the Xperia 5 II is a bit smaller – the screen measures 6.1in rather than 6.5in – and it lacks the pixel-packed 4K screen of the Xperia 1 II. It also doesn’t support wireless charging, but that’s your lot when it comes to any disparities between the two.

The Xperia 5 II arrives on 12 October at a SIM-free price of £799 in the UK. That’s £100 more than what last year’s Xperia 5 originally launched for, which is a bit of a shame, especially since this puts the price directly in line with the iPhone 11.

Shining a more positive light on things, though, is that the flagship Sony Xperia 1 II sold for £1,100 when it was released earlier in the year. Of course, it isn’t Sony’s cheapest 2020 phone; that’s the Sony Xperia L4, which only costs £170.

Despite this seemingly reasonable price, however, the Xperia 5 II still finds itself directly up against Android rivals such as the Samsung Galaxy S20, Galaxy Note 20 and Huawei P40 Pro.

The Sony Xperia 5 II may incorporate the same 21:9 design as the top-end Xperia 1 II but it’s slightly more pocketable than Sony’s newest big-screened behemoth. Indeed, at 69 x 8 x 158mm (WDH), the Xperia 5 II is slimmer than the iPhone 11, and only a fraction taller. 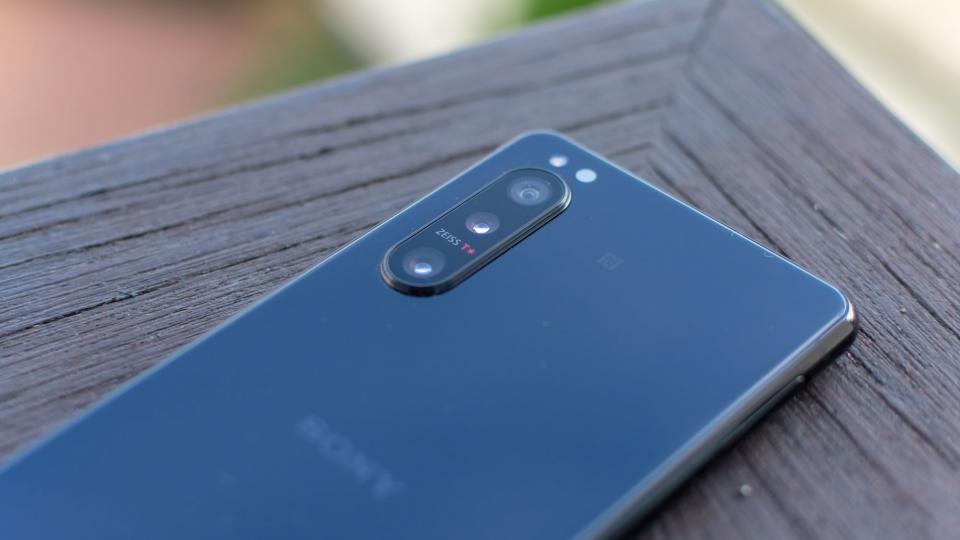 The Xperia 5 II has achieved this by drastically reducing the side bezels – the iPhone 11 has famously chunky borders – and it looks pretty swish to my eyes. The triple camera array on the rear of the phone is arranged in a vertical traffic light formation, accompanied by a single-tone LED flash at the top and silver Sony and Xperia logos in the centre and bottom portions.

The Xperia 5 II is sandwiched between protective layers of Corning Gorilla Glass 6 (it’s a bit of a fingerprint magnet) and the phone itself is IP65/68 certified for dust and water ingress protection, which means it can take a dunking at a depth of up to 1.5m for 30 minutes.

A dedicated Google Assistant button can be found on the phone’s right edge, along with a camera shutter button, a power button that doubles as a fingerprint sensor and volume rocker. The Xperia 5 II also has a 3.5mm headphone jack and can be picked up in either blue or black – no silly colour names here.

The Xperia 5 II’s display measures 6.1in across the diagonal and uses one of Sony’s HDR-capable OLED panels, with an FHD+ resolution. Like last year’s phone, the Xperia 5 II benefits from Sony’s Bravia X1 enhancement technology, which upconverts SDR (standard dynamic range) movies to “near HDR”. You can also enable the ‘Creator Mode’ display profile in the phone’s settings which, according to Sony, offers “pro-level” colour calibration tuned to the BT.2020 colour gamut. 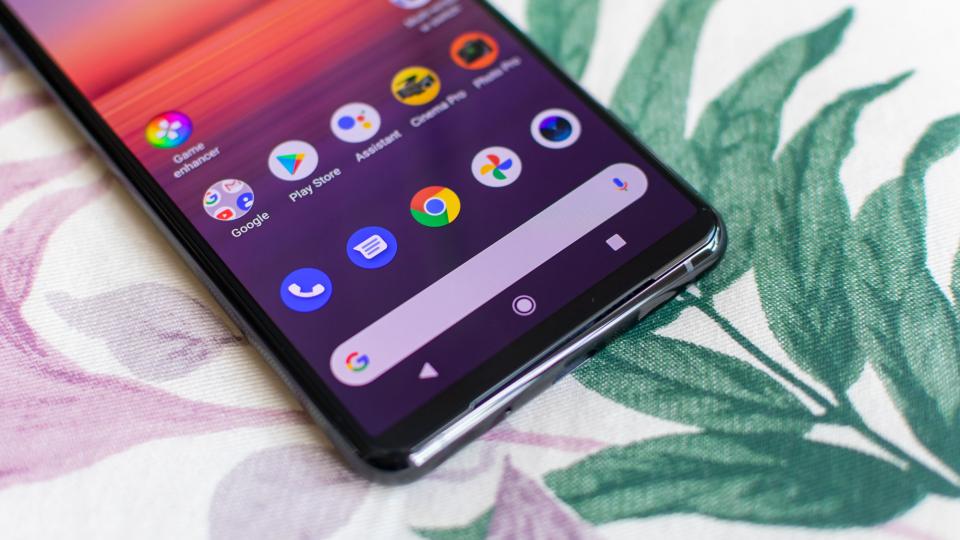 You’re going to want to switch to the ‘Creator Mode’ as soon as you boot up the phone, too. In our in-house calibration tests, the Xperia 5 II’s display is unmatched with regards to colour accuracy in this setting, with an average Delta E of 0.97 when targeting the BT.2020 colour gamut.

The rest of the display’s technical achievements are above board, too. Contrast is essentially perfect and, while it doesn’t get particularly bright even on the auto-brightness setting in direct sunlight – at a measured 353cd/m2, HDR content is filled with vibrant colours and dazzling specular highlights in darker scenes.

The Xperia 5 II is also the first Sony phone with a proper 120Hz refresh setting: the Xperia 1 II simply used fancy motion blur reduction tech for a “90Hz-like” experience. When you’re playing games, you can also enable an emulated 240Hz setting on the Xperia 5 II, which digitally inserts frames to artificially boost the phone’s frame rate. To my eyes, at least, I didn’t notice a difference when this was switched on/off, though.

Inside the Xperia 5 II is the latest Qualcomm Snapdragon 865 processor, which is paired with 8GB of RAM and either 128GB or 256GB of internal storage. At the Xperia 5 II’s launch, Sony claimed that both CPU and GPU performance has increased by 25% when compared with the previous-generation 855 chipset, and that correlates with our own testing as well.

In the Geekbench 5 test, which assesses the single- and multi-core processing speeds of a smartphone’s CPU, the Xperia 5 II outperformed last year’s Xperia 5 by a wide margin, directly matching the scores achieved by the pricier Xperia 1 II.

It’s a similar story when it comes to graphics processing, too, especially when you take the Xperia 5 II’s 120Hz screen into account. So long as the game supports higher refresh rates, you should expect over 60fps in most titles – fragging foes in Call of Duty Mobile (which comes pre-installed and supports Dualshock 4 connectivity) was an absolute dream.

A 4,000mAh battery keeps things ticking along, which is up from the piddly 3,140mAh capacity unit found inside the previous Xperia 5. As such, the Xperia 5 II’s battery life has been greatly improved, lasting 30% longer (22hrs 34mins) on a single charge in our video rundown test. When battery levels do eventually fall flat, the Xperia 5 II can be charged up to 50% from empty in around 30 minutes with a 21W charger (sold separately).

As for the cameras, the Xperia 5 II uses the same triple focal length combo as the Xperia 1 II. One is a 12MP lens with a 24mm equivalent focal length, another is a 12MP 3x optical zoom camera, which has a 70mm focal length and, finally, there’s the 12MP wide-angle lens, with a focal length of 16mm.

The main sensor is larger this year – with 1.8um pixels up from 0.8um – which means that it’s more effective at gathering light than its predecessor (low-light pictures look terrific), and it also benefits from Zeiss’ T* lens coating, which helps to reduce the number of reflections hitting the sensor. 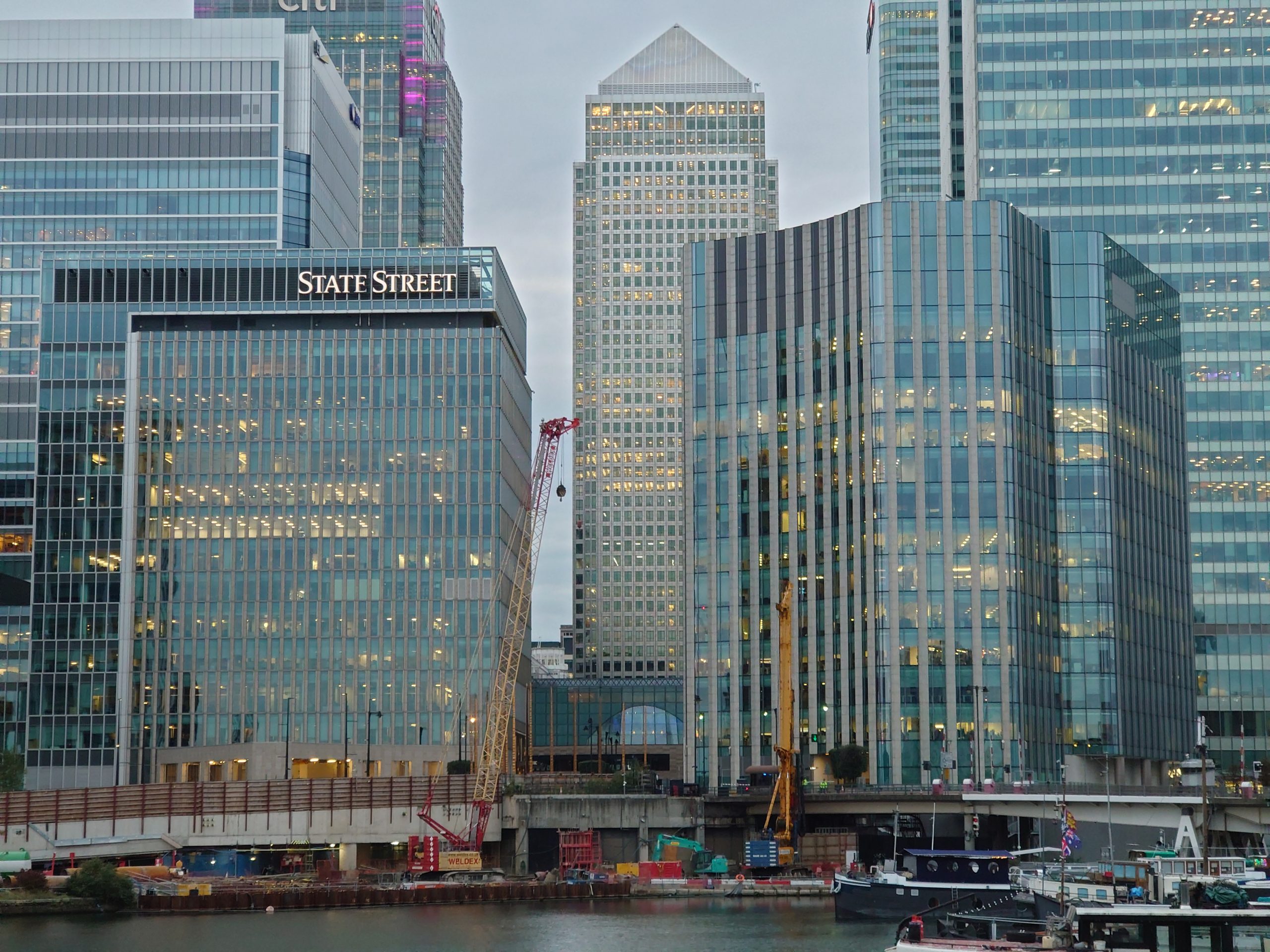 If you’ve already read my Sony Xperia 1 II review, then you won’t be surprised to hear that the Xperia 5 II cameras rub shoulders with the very best on the market. I didn’t notice any visual differences between images shot with the Xperia 5 II and the Xperia 1 II: whichever shooting mode I chose, pictures were overflowing with intricate details, with well-judged contrast and neutral colours. 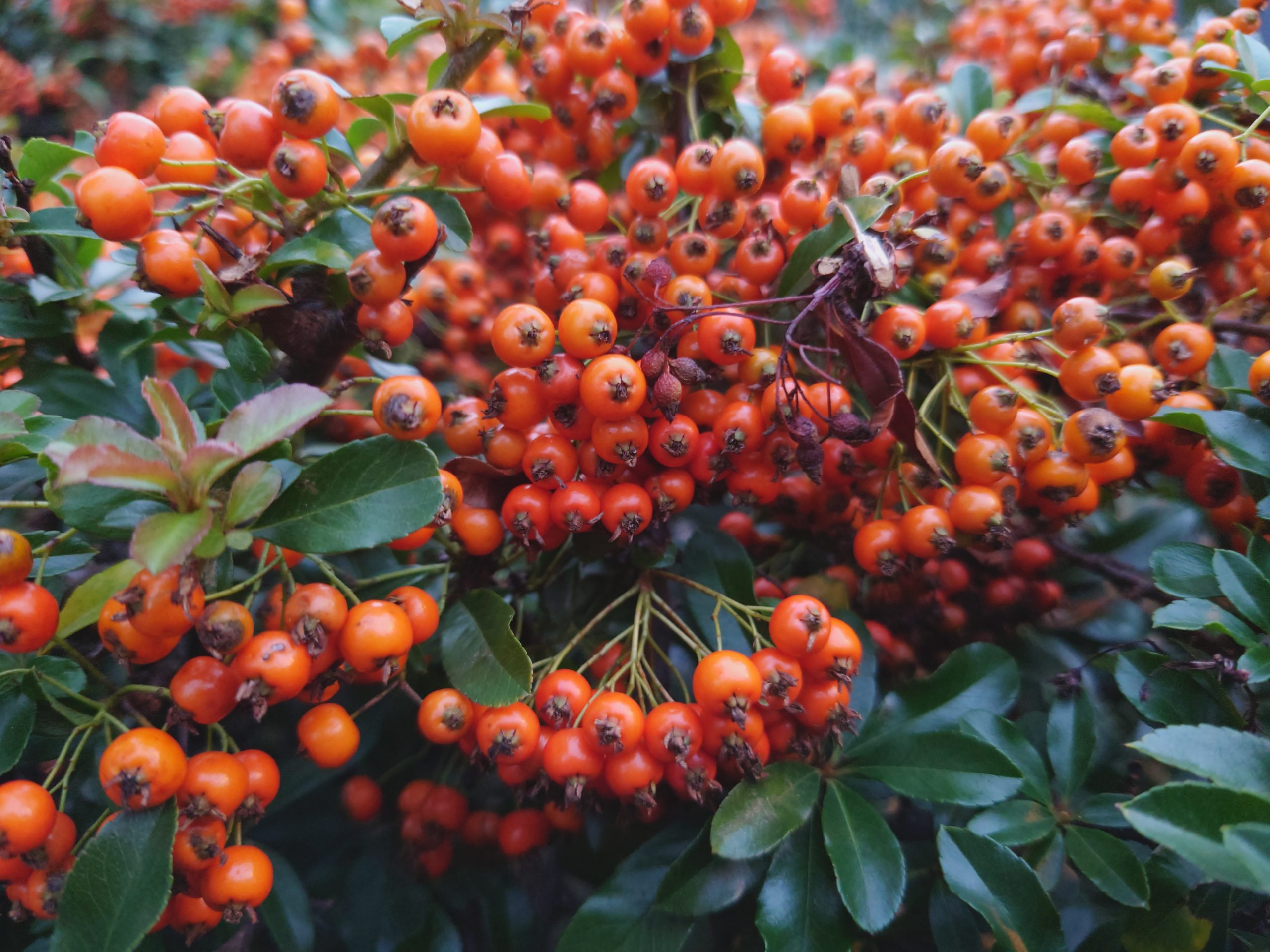 Like the Xperia 1 II, the Xperia 5 II uses real-time eye autofocus for both humans and animals, which is effective at capturing in-focus pictures of fussy cats (or in my case, an angry goose). The Xperia 5 II also includes a continuous burst shooting mode at up to 20fps when you press and hold the shutter button, although this has to be enabled in the camera settings and isn’t switched on by default. The phone’s ‘Photo Pro’ app now has RAW DNG support, too. 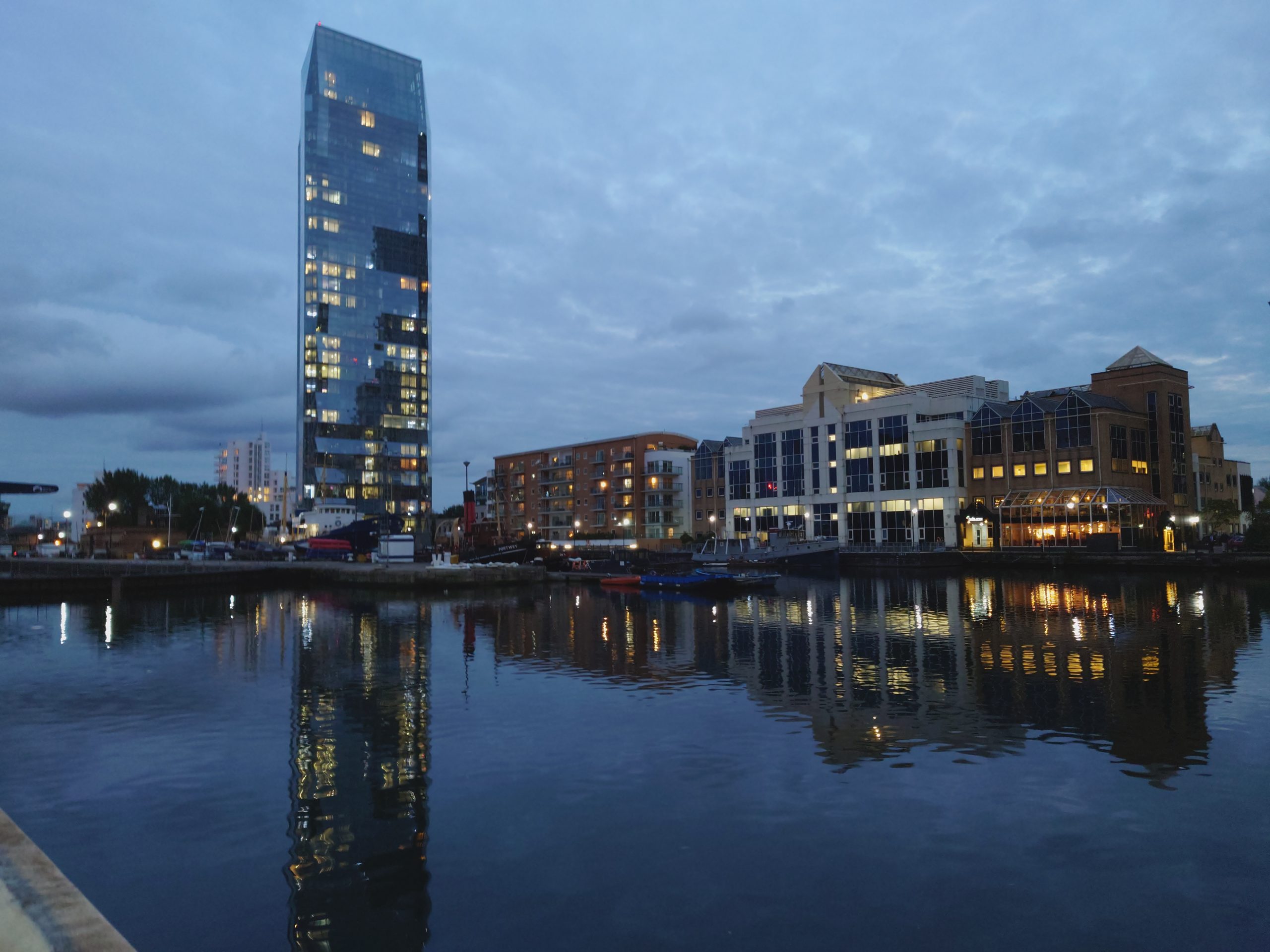 Finally, the Xperia 5 II can capture 2K and 4K resolution video at up to 120fps in the ‘Cinema Pro’ app, with a variety of customisable on-screen controls such as a level meter and custom white balance. It’s no surprise that footage looks crisp and detailed but it’s helpful that both the main camera and telephoto zoom sensor are optically stabilised for super-steady video.

It might be the world’s trickiest game of spot the difference but the shared similarities with the Xperia 1 II make the Xperia 5 II the more worthwhile purchase. In my view, the Xperia 5 II is a rip-roaring success and, if you were initially dismayed at the price of the Xperia 1 II, then you might want to reconsider spending a bit less for an identical list of industry-leading achievements.

There is one caveat here, however. Despite costing £300 less, the Xperia 5 II still finds itself on the pricey side at a princely sum of £799. If you’re a diehard Sony fan and your wallet can’t stretch that far, then you can save even more money by opting for the mid-range Xperia 10 II (£319) instead. Still, If you are one of the lucky few that can afford one, then look no further – the Xperia 5 II is Sony’s best smartphone yet.