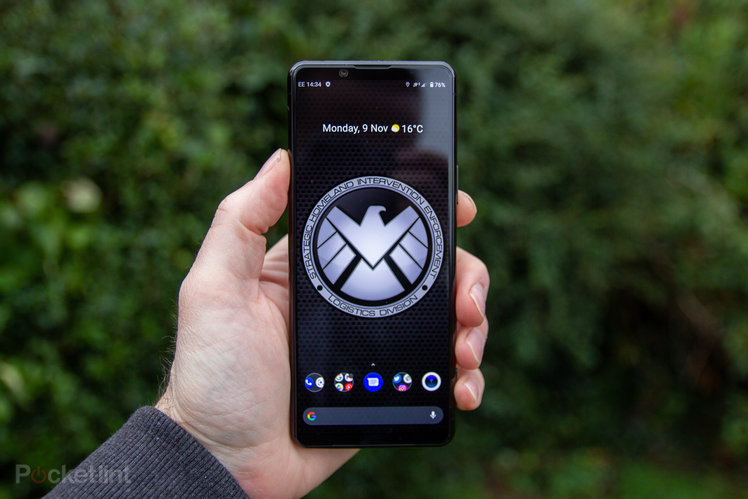 Sony made a big play with the Xperia 1 II earlier in 2020, packing that flagship phone with a 4K display, and a high price to reflect its unique standing.

The Xperia 5 II is a more compact flagship, that’s also more affordable, but in the process this smaller handset actually feels like a more complete package. It feels like the better Xperia phone.

The Xperia 5 II looks like a mini Xperia 1 II, but also evolves the design of the earlier Xperia 5. Put all these phones side-by-side and you can clearly see that they are related.

It’s a nicely executed design too, with a high quality of construction and build, with IP65/68 protection to keep water and dust out – as you’d expect from a flagship device – along with Gorilla Glass 6 on the front and back, and a metal core binding it all together. 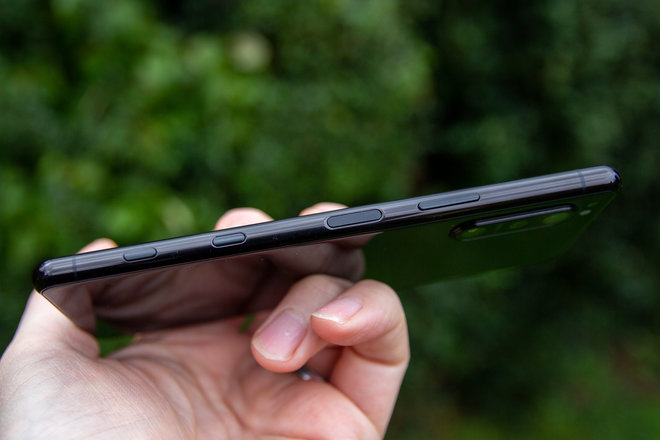 The edges are softly curved, so it’s comfortable to hold, with a scattering of buttons down the right-hand side. Those buttons offer volume controls, the power button is integrated with a fingerprint scanner, there’s a Google Assistant button too, and finally a dedicated shutter button.

Overall that button layout is a little messy and we’re not sold on the Google Assistant button – it’s easy to access Assistant with a swipe or via voice – and it’s a shame you can’t disable or remap this button to do something else.

The camera button has long been a hallmark of Xperia phones, a nod to its positioning as a camera phone, and allowing direct access to the camera with a long press. You can set the power button to launch the camera with a double-press too, so again it’s perhaps just clutter on the frame of this phone.

Sony also sticks to the 21:9 aspect ratio for this device, so it’s tall without being too wide – and that makes it fairly easy to use single-handed compared to come larger rivals. But there’s still some bezel top and bottom, incorporating the front camera, with Sony avoiding notches or punch holes. We’re happy with this design, but some might see it as a little dated. The advantage it has is offering some space to grip the phone when gaming or watching movies, which Sony thinks you’ll be doing a lot of on this phone. 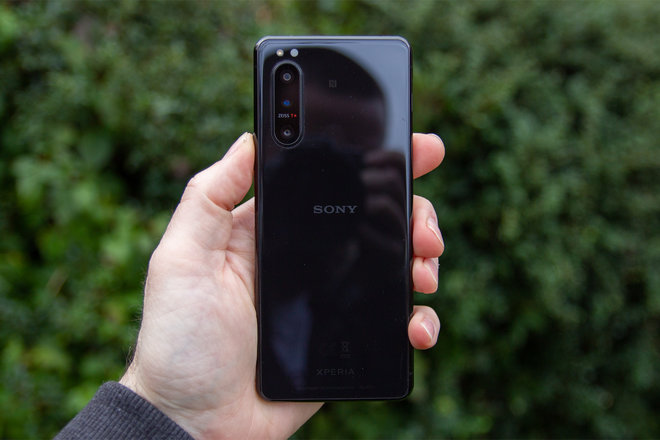 There’s also a 3.5mm headphone socket, which is great for those who don’t want to use wireless, while the speaker setup is great too. Speakers top and bottom offer a stereo arrangement, with a toggle for Dolby Atmos to enrichen that sound further. It also supports Sony’s Dynamic Vibration system that will give physical feedback in media applications to match the soundtrack. We turned it off, but some might like that addition.

There’s a fingerprint scanner on the side of the phone and frankly it’s not great. If your finger is slightly damp or sweaty, it refuses to work. We had frequent reports of failure during testing – and resorted to manual PIN instead to unlock much of the time.

Sony talks a lot about its displays, harking to Bravia technology from its TV family, with the X1 for Mobile chip offering upscaling, the option to toggle on a “creator” mode to make it look more natural, and a whole lot more. That’s been the case on Sony phones for a number of years, but here you get great results.

It’s an OLED display, so you get that punch to colours and deep blacks from the panel. These can sometimes get crushed a little in movies when the brightness drops too far, but that’s common to all devices. The size of the display is pretty good, while the resolution gives plenty of detail. While the “creator” mode can look a little washed out in apps and games, you can set it to automatically engage in video apps and that can reduce some of the over-saturation for better results. 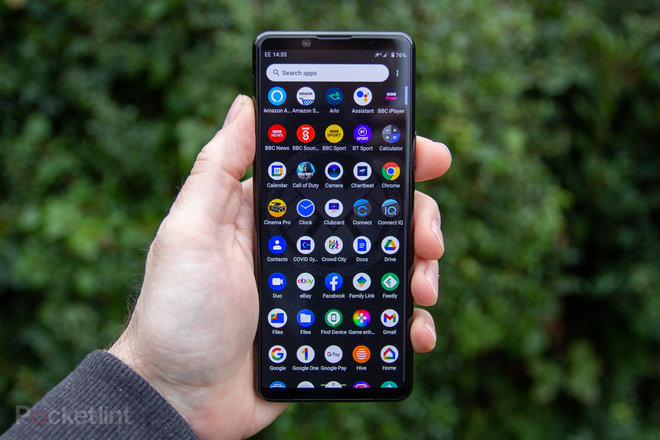 One of the technical advances on the Xperia 5 II that will be more appealing than the Xperia 1 II is that Sony has now opted for a 120Hz panel, meaning you can have access to that faster refresh rate to make some actions, like scrolling through content, visually smoother.

As a sponsor of the Call of Duty Mobile Championships, the phone also offers this mode in the game – although it’s not the holy grail you might think, as to get the top refresh rate in the game, you’re forced to drop the graphics detail, which is a compromise we don’t think is worth making.

You can run the display at 60Hz if you prefer, which might prolong battery life, and is worth doing if you’re not bothered about the faster refresh or spend most of your time watching movies where it makes no difference at all.

Packed into this phone is flagship-grade hardware, powered by the Qualcomm Snapdragon 865. That gives access to 5G connectivity – if your network is ready for that – while also delivering a silky-smooth Android experience. We’ve seen plenty of Snapdragon 865 devices in 2020 and the Xperia 5 II joins those ranks.

The performance is excellent, boosted by that great display. When firing up the most demanding games the Xperia 5 II delivers them with aplomb. That titular game, Call of Duty Mobile, delivers its frenetic gameplay on modes like 10 v 10 without stutter and without excessive heating of the device, giving a better performance than those Snapdragon 765 devices that have dominated headlines in 2020. 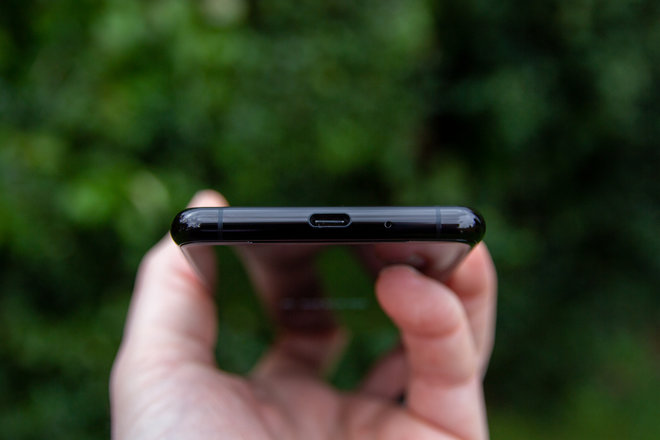 This great performance isn’t an accident: Sony Mobile made a big point of talking-up the gaming performance of this phone at its launch. And having played a lot of Call of Duty Mobile, that rings true.

One of the internal elements – designed for cooling – is a graphene sheet, which is also one of the reasons that there’s no wireless charging available. That’s a minor point, we feel, because there’s still fast wired charging (with an 18W charger in the box). The battery’s 4,000mAh capacity is also a considerable increase compared to the 2019 Xperia 5.

A bigger battery, naturally, means that the phone last longer. But there are increased demands from both the display and 5G (if you have it). Overall, however, this is a phone that will last through most days. It’s not stellar longevity performance, and some of those mid-range Snapdragon 765 devices around this sort of size will last longer, but we think most will be happy. 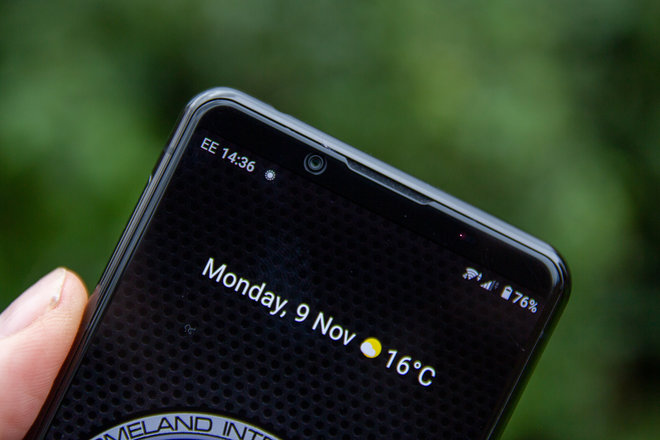 The Xperia 5 II delivers very much a premium performance, with only the screen aspect ratio making it slightly odd compared to the majority of the rest of the market. But at the same time, this is a slightly more compact phone – and that still has a lot of appeal where few others offer such a device.

Sony is one of the biggest suppliers of sensor hardware to smartphone manufacturers, so it has always been interesting that Sony’s own devices haven’t performed particularly well when compared to the best in the market. That’s once again true of the Xperia 5 II: we’d take the Google Pixel 5 over the Xperia 5 II in terms of simplicity and performance in key areas like low-light shooting and HDR (high dynamic range) performance any day of the week.

Sony sticks to using 12-megapixel cameras on the Xperia 5 II, saying that it can read information faster from these sensors than would be possible from some of the high-resolution pixel-binning arrangements that many other phones offer. In truth, the real performance gains in smartphones seem to be driven by computational photography – artificial intelligence, or AI – rather than the sensors and optics alone.

However some benefits ring true – the Xperia 5 II will capture stills at 20fps, meaning you can get some of those action shots in crisp detail. That’s great for subjects that are always moving, like animals. You can get some good results with these burst captures.

The main camera performs well in good light, but in low-light conditions isn’t as exciting as rivals that process those images better, reducing noise and boosting contrast. The Sony’s results can look a little flat, losing colour and sharpness as the light drops.

The ultra wide-angle lens is good, with images that are pretty sharp across the frame, which some lesser phones can’t claim.

Part of this is because Sony is positioning these three lenses as the core lenses that a photographer would have in their camera bag – but we think this is a disconnect. This is a smartphone, and it’s much more convenient to pinch across the whole range on offer, rather than having to switch to a different camera to get to what you want.

We have the same criticisms of the Xperia 5 II that we have of other Sony phones in 2020 and previously. The camera experience is a little fractured, with an app that’s more complex than it needs to be. It’s been designed to appeal to photographers and leans on camera experiences, rather than offering the simplicity that point-and-shoot smartphone users are likely to want.

The same really applies here as it does on the Xperia 1 II. The experience would be better if Sony targeted things like app usability, dropping the fiddly arrangement of separate “modes” – each asking for their own range of permissions – and just made a decent app. Bear in mind that Sony then has a separate CinemaPro and PhotoPro app for these cameras too, offering more advanced options. In short, it’s a mess.

The front camera delivers fairly good photos, and it’s worth just leaving that to its own devices, because the portrait selfie mode isn’t very good. Edge detection is weak, so the bokeh (blurred background) effect looks really fake, while many of the “face correction” features are on by default, so you won’t look like yourself when you take that first shot.

On the video front the Xperia 5 II is a lot stronger. There’s 4K HDR video – something Sony has offered for some time – now with the addition of 120fps slow motion in 4K HDR. The stabilisation is good on video too, something that Sony has long been good at delivering.

How does Sony’s software stack up?

Sony has stripped back its changes to Android over the past years, reducing the bloat and returning to a much more natural feel. There are still some differences, but from the launcher to the settings menu, things are basically unfettered Google Android. There are some apps that Sony would like to pre-install, but the vast majority you can choose not to install at setup. 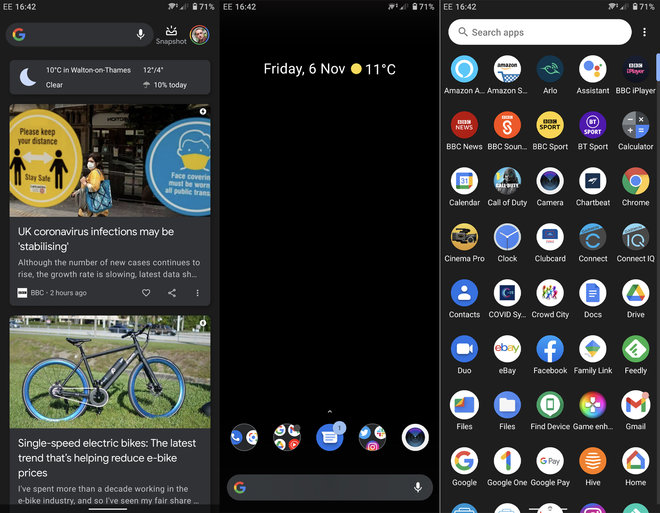 Essentially, given recent releases, the real downside of the software is that it’s still Android 10, but with few manufacturers yet to update to Android 11, that’s not a huge issue. But it might be come 2021 if Sony hasn’t made a move to update.

There are some additions that are fun too. Sony’s Game Enhancer has been available previously, and here it has some useful features, such as locking out all other interactions so you don’t accidentally swipe out of a game when playing.

Sony has also included screen recording, including audio and video from the front camera, if you want to add yourself to the action. This will let you play and narrate like a pro streamer, although the design of the phone doesn’t help for those playing in landscape – your thumbs will almost always block the camera in some way – and we’ve found the voice to be muffled through the mic. But having a native 720p screen recorder is pretty good.

Otherwise the phone is generally swift and fast, with Sony ditching many of its own apps in favour of Google apps, making for a great phone.