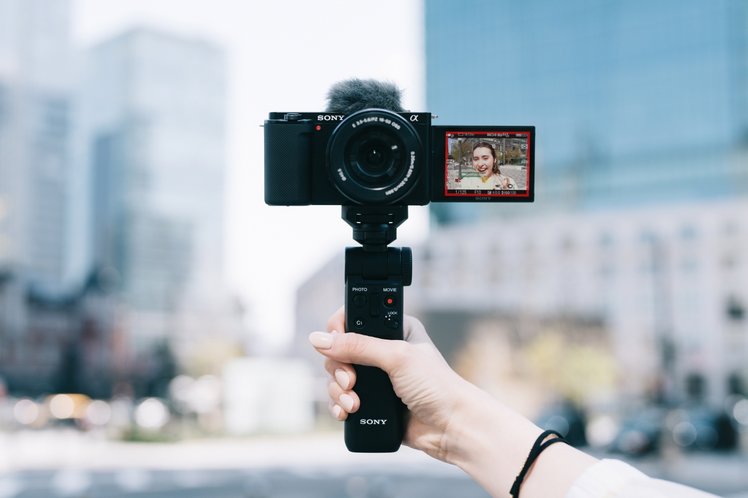 Sony has announced a new camera for its vlogger-centric ZV lineup called the ZV-E10, and this one’s more than a little different to the first model.

The most obvious change from the ZV-1 is the interchangeable lens mount on the front. Like so many of Sony’s other cameras, it’s an E-mount, which means lots of lenses available to fit it.

It’s still a really compact camera though, designed to be carried around and shooting handheld.

And it’s not just the mount that’s new, it has an APS-C sensor too, just like the larger A6000-series models. Specifically, it’s a 24.2-megapixel CMOS sensor.

It’s capable of shooting 4K at 30fps, with full pixel readout and no binning. 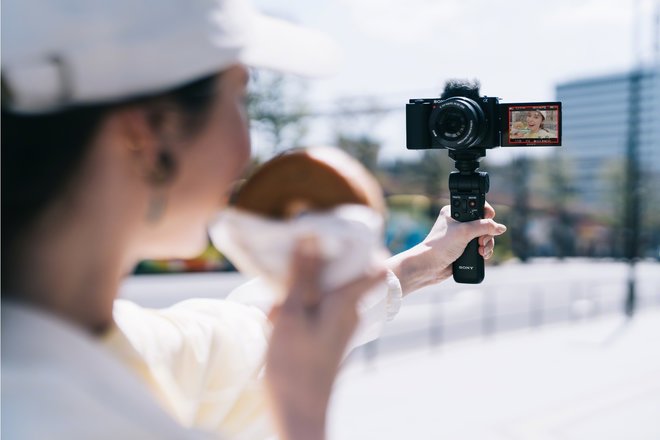 Like the ZV-1, it features a number of vlog-dedicated functions. There’ s a background defocus button for quickly adding more depth of field and a blurry background to your video, plus ‘Product showcase mode’ which automatically and quickly focuses on an item when you hold it up to the camera.

There’s a face auto exposure feature that keeps your face well exposed even as you move in and out of shadows and bright areas, and a screen that swivels all the way around to the side.

It’s a Sony camera, and that means you get fast auto-focus, real-time tracking plus – in stills mode – animal and human eye focusing too.

One of the other big new features is its easy live-streaming capabilities. It uses a technology called UVC, which means you can plug it in to the USB port on your PC/Mac and use it as a webcam for streaming without any additional software to install. Easy plug and play. 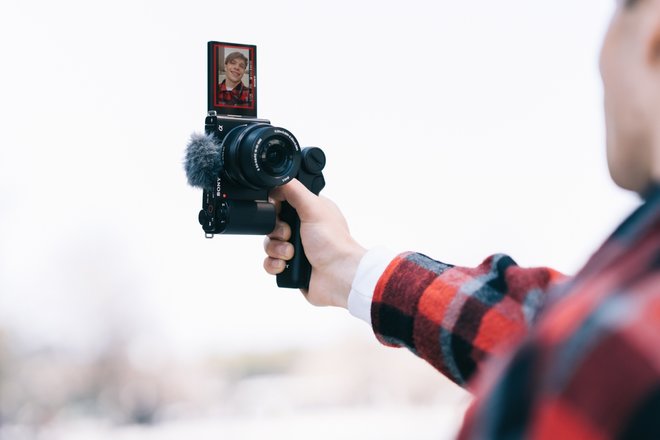 You can attach other peripherals to it as well. Sony’s multi-interface shoe is versatile enough for a host of accessories, while the micro HDMI, 2x 3.5mm ports and the USB-C ensure you can plug mics in or connect your camera to a screen or wired headphones.

For those needing some video/sensor specs: it can capture 4:2:0 8-bit quality footage, with fullHD slow-motion capture up to 120 frames per second.

S-Log 2 and 3 ensure colour graders have something to play with, while HLG availability also means HDR footage is possible. You get 425 phase detection autofocus points covering 84 per cent of the sensor too.