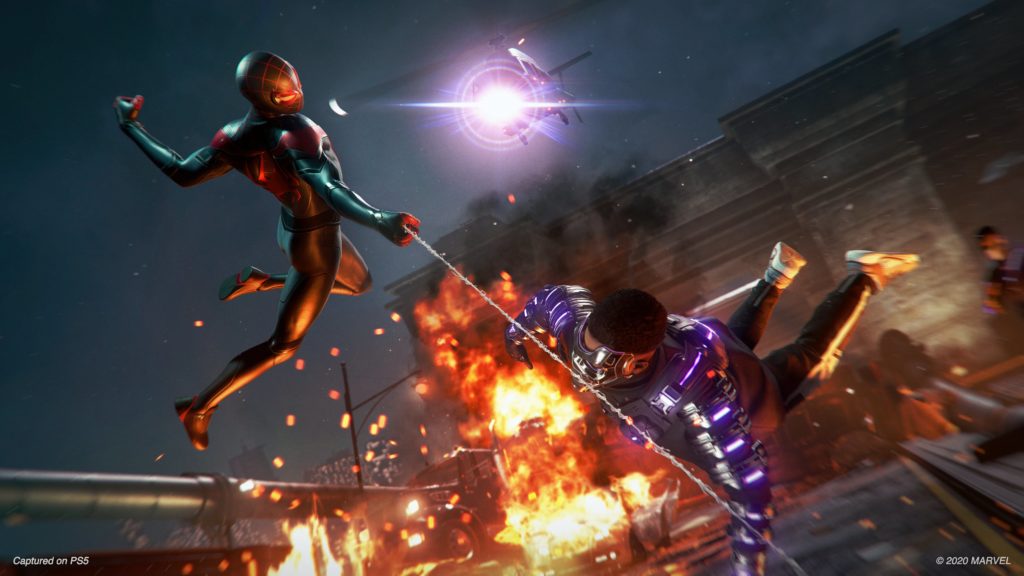 Insomniac Games showcased new gameplay of its upcoming Spider-Man: Miles Morales at the PlayStation 5 showcase. The game will release as a launch title for PS5, and will also come to PS4.

Spider-Man: Miles Morales follows the eponymous protagonist as he steps up to protect New York as Peter Parker is unavailable. The game isn’t a full-on sequel to 2018’s smash hit, but it does lay the groundwork for that sequel when it does arrive.

The gameplay revealed at the PS5 showcase was shown at 1080p 30 FPS, but we know that the final game will be targeting 4K 30 FPS with raytracing, and a 60 FPS performance mode as well. The VOD version of the Miles Morales demo released after the showcase is in fact in 4K so you can check out the game in all its glory right above.

Spider-Man: Miles Morales comes out on November 12 (and 19th worldwide) on PS4 and PS5. The ultimate edition of the game will also include a remaster of Marvel’s Spider-Man (2018).