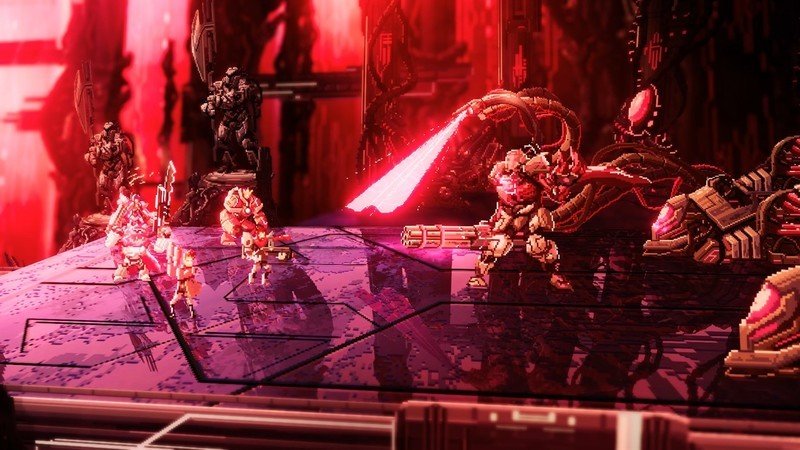 Star Renegades is an absurdly good game that deserves your attention.

When next-gen consoles and AAA games command most of the spotlight, smaller games can sometimes slip through the cracks. To that end, Xbox Game Pass has been an incredibly useful tool for those brief windows in time where I get to play something for pure leisure rather than for work. It’s right there on my PC, with at-a-glance explanations of what to expect for each game, which is how I discovered this magnificent gem: Star Renegades.

Star Renegades is currently available on Xbox Game Pass for PC, alongside Steam, with a planned console launch coming at a later date. And here’s why I love it, and why you should definitely stick it on your radar. 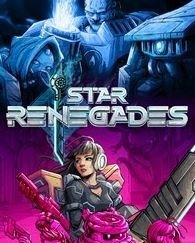 Should you buy Star Renegades? If you yearn for a turn-based experience that really pushes you to think, Star Renegades is among the best out there.

What is Star Renegades? 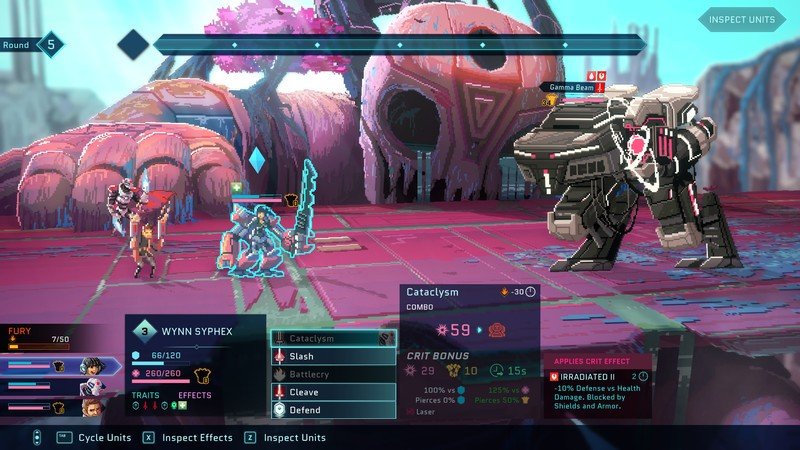 Star Renegades is a sci-fi roguelike with RPG elements and spectacular pixel-style visuals. Set across multiple timelines, you essentially play the role of a dimension-hopping robot, trying to find at least one universe where the hero characters were able to win an intergalactic war across space and time.

To that end, you’ll recruit a troupe of renegades — Star Renegades if you will — who unlock gradually after repeated failures to unravel the evil armies trying to take over the universe. Every time you fail, the robot will bring the combat intel with him to a new dimension, which forms the basis of the game’s roguelike-style “fail to improve” gameplay.

It may sound simplistic, but several overlapping and intersecting features makes Star Renegades a dynamic and interesting experience that has held my interest far longer than many other games that lean into this formula.

A big part of what makes Star Renegades so enthralling is its meticulous and stunning art style, which draws inspiration from Mega Drive and SNES classics of old with a modern twist. Star Renegades has truly spectacular combat animations and sound treatment, which add a sense of impact and responsiveness many other turn-based games struggle with. For good measure, Star Renegades also throws in more modernized lighting effects that give its 2D sprites additional depth. As a bonus, check out this Halo fanart from the lead artist.

You’ll battle across four planetary biomes throughout the game. Each comes with spectacular landscapes and sci-fi scenery, and a whole armada of unique monsters and cyborgs to face off against. They all culminate in a boss event, which often takes place in unique arenas with some added flair. It’s a good thing this game is turn-based because otherwise, I’m sure I’d get killed while staring, entranced by some of this game’s scenery. 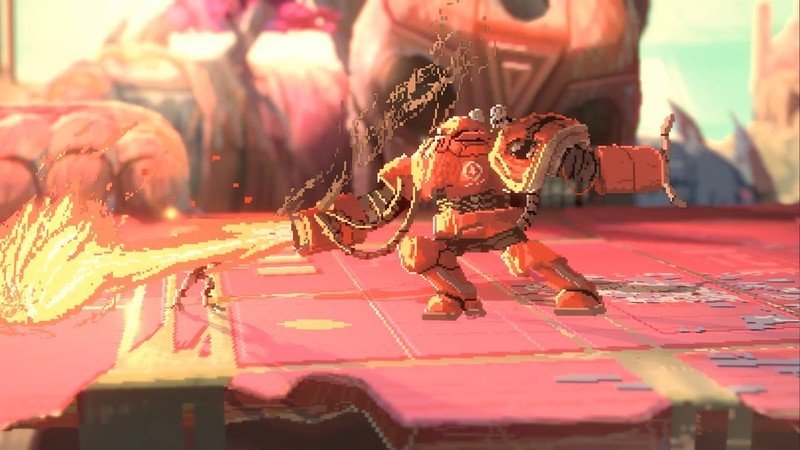 I haven’t unlocked all of the game’s characters yet, but you’ll gain access to a wide variety of playable squaddies as you wage war across time and space. Each looks like they’d be right at home in any big-budget sci-fi anime, and there should be something to fit everybody’s sci-fi tastes, from mystical droids to Han Solo-like smuggler saboteurs.

It’s not all about looks, though. Star Renegades is a blast to play as well. 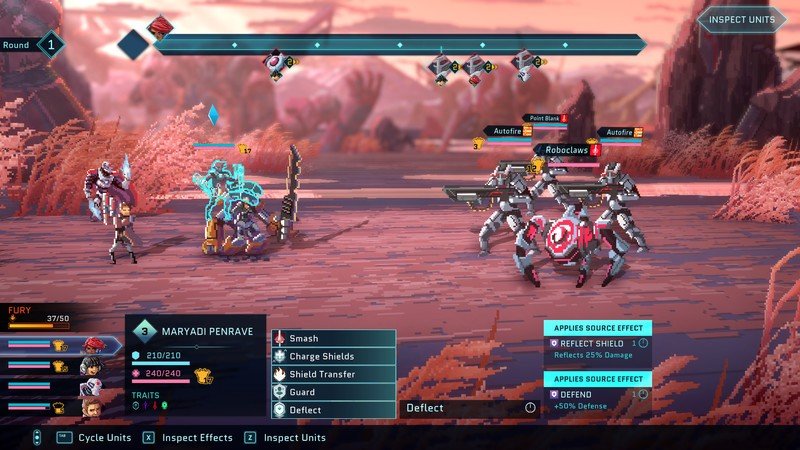 Star Renegades is unlike any other turn-based game I’ve played in recent years. It really forces you to adapt your strategies to meet each unique threat, and of that, there are many.

I haven’t unlocked all the depths of Star Renegades’ combat complexity yet, but I can provide a decent enough overview. Actions are taken across a timeline that displays at the top of each combat segment. Different moves require more time to execute. Certain types of attacks can also inflict additional penalties on an enemy, or, vice versa, be resisted to a greater degree. Slapping an enemy before you get hit may also push their position on the timeline back, too. You can even push them all the way off the timeline, triggering an interrupt.

As you queue up your moves to respond to the enemy, you’ll see what effects, if any, your attacks will have on the enemy positions on the timeline. Mastering your techniques and strategies to give yourself the best chance of winning an engagement is only a small piece of the puzzle, though. 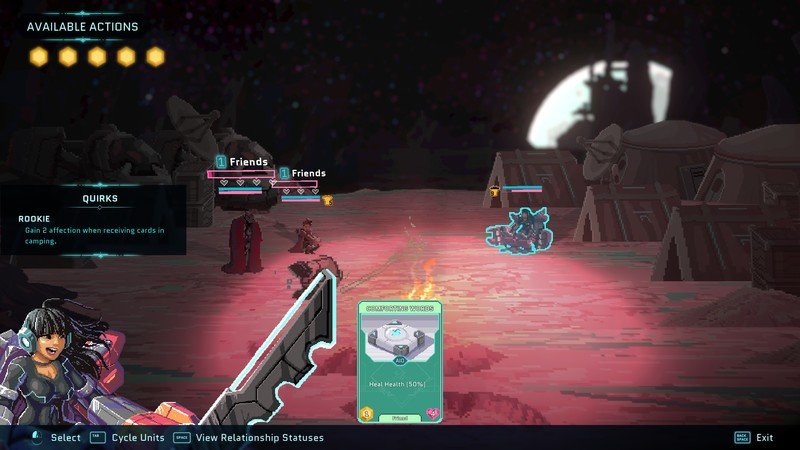 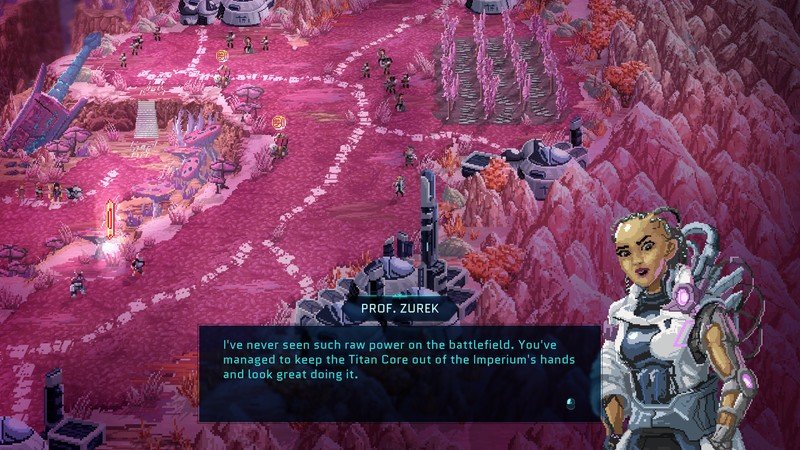 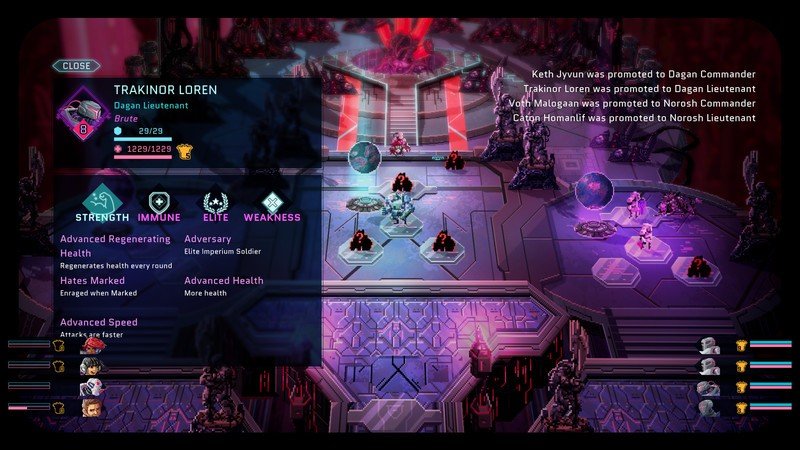 Each incursion into enemy territory takes place on an old-school Final Fantasy-style overworld, which gives you a bird’s eye view of where the enemies are moving around the map. You’ll only have a few in-game days before the boss shows up, so ideally you’ll want to prioritize certain movements before the bossman lands. Maybe there’s a loot box you need at the top of the map or a healing and armor repair facility you’ll want to use before going for the end boss.

Additionally, each night you can recover at the camp, and build-up friendships between your titular renegades. Building up social links can unlock incredibly power tag-team attacks, which also factor into the characters you want to prioritize for character progression and growth. If one of your teammates die, they are fully dead for the remainder of this timeline.

Star Renegades also utilizes something vaguely reminiscent of the famed “Nemesis system” from Middle-earth: Shadow of War. Certain elite mini-bosses will rank-up if they’re allowed to escape, but they’ll yield greater rewards when you finally take them out. 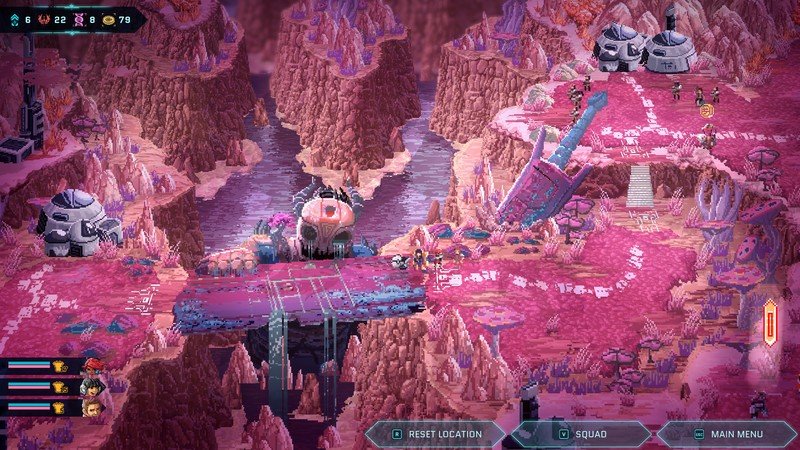 I’m still exploring the depths of Star Renegades on Xbox Game Pass for PC. The game has a truly wild array of features with great writing, impressive combat, and truly gorgeous visuals that I can’t wait to see more of from the team at Massive Damage.

If you enjoy turn-based experiences, definitely give Star Renegades a go — if you’re on Xbox Game Pass for PC or Game Pass Ultimate, you can grab it as part of your subscription too. Star Renegades will also launch for consoles by the end of 2020.

Star Renegades is a unique experience for fans of turn-based RPGs and roguelikes, available now on Steam and Xbox Game Pass for PC.