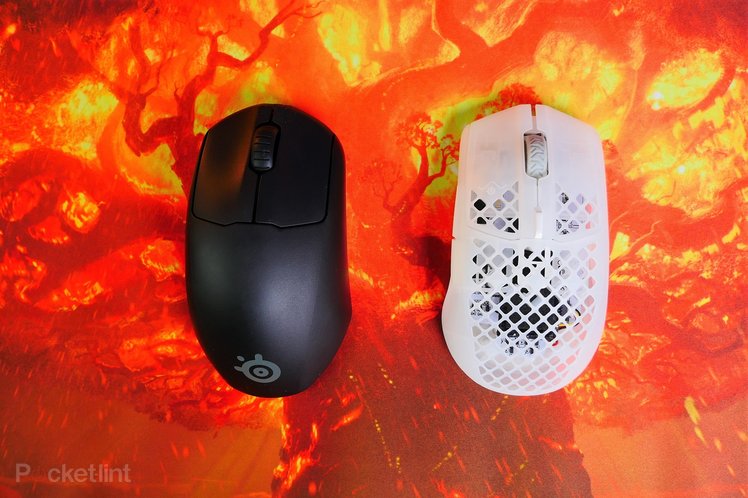 SteelSeries has taken its already incredibly lightweight Aerox 3 Wireless gaming mouse and made it even better. The 2022 Ghost Edition version now comes in three snazzy finishes: snow, onyx and ghost.

But the changes are more than just cosmetic, as this improved special edition model also has slick PTFE feet and some serious RGB lighting to help it stand apart. We’ve been rather blinded by the lights when getting our game on with this particularly eye-catching mouse.

As you can see, the Ghost edition of the SteelSeries Aerox 3 wireless is a real looker. As with the previous Aerox 3 wireless, it’s full of holes to ensure it’s as lightweight as possible. At just 68 grams it’s one of the lightest we’ve tested. If you’re worried about the holes, you needn’t be. 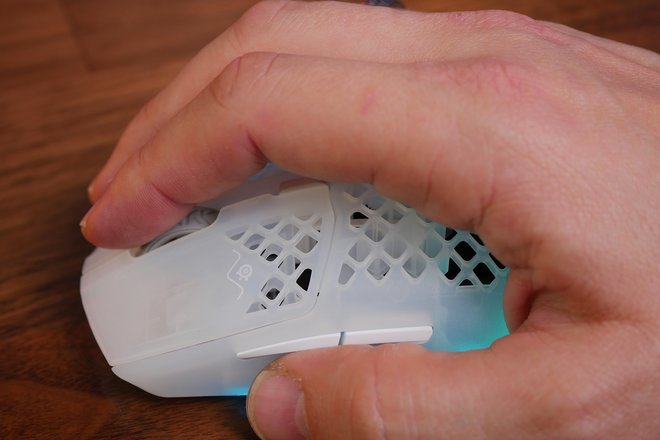 SteelSeries has crafted this mouse with a so-called AquaBarrier, which means it’s IP54 rated and resistant to water, dust and dirt ingress. Though that doesn’t make it entirely waterproof, it should still be able to stand up to most things you can throw at it. Besides, who games in the shower, right?

Beneath the surface are similar specs to what we saw on the SteelSeries Prime Wireless. That means you’re getting similar pro-level performance but in a lighter frame. The two are very different mice though. The Prime Wireless is understated with just one subtle RGB lighting area, whereas the Aerox 3 Wireless is much more in-your-face. 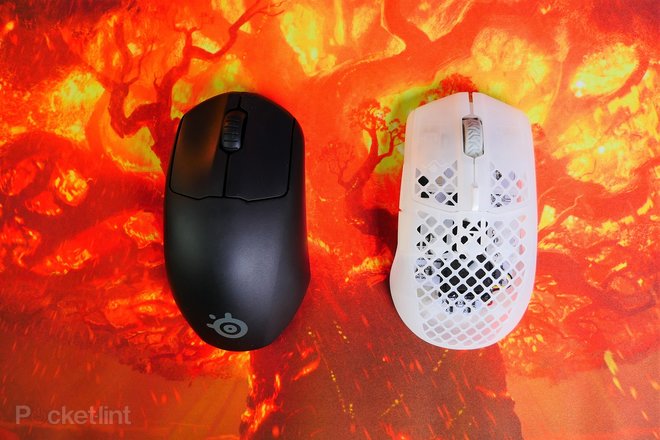 The Aerox 3 uses next-gen golden micro-switches that are rated for as many as 80 million clicks. They’re not as fancy as the optical magnetic switches on the Prime Wireless but we still found them responsive and with a satisfying click action too.

This mouse boasts six programmable buttons with a CPI button on top for easily flicking between sensitivity levels. It also has two side buttons that are far easier to access than those on the Prime Wireless and so are more satisfying to use. 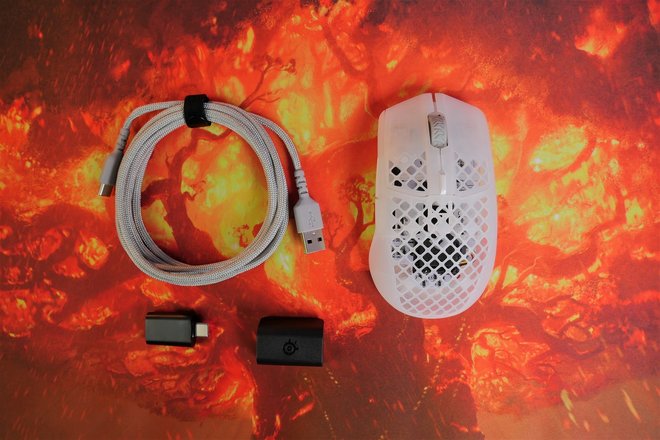 The other highlight of the SteelSeries Aerox 3 Wireless is its connectivity. This mouse has both 2.4GHz wireless and multi-purpose Bluetooth 5.0. For gaming, it’s best to use the included USB-C wireless dongle for Quantum 2.0 wireless connectivity that ensures a stable and accurate connection – as this system uses two wireless channels that can transmit simultaneously so there’s no signal interruption.

In wireless mode, SteelSeries claims you can get as much as 80 hours of battery life before the mouse needs a charge. In practice, we found it to be a fair bit less than that. Quite probably due to the bright RGB lighting. In fact, we found it needed charging more often than the original Aerox 3 wireless.

Not to worry though – because this mouse uses a lightweight, flexible Super Mesh USB-C cable. That enables fast-charging, giving you 40 hours extra battery in just 15 minutes. USB-C is obviously easy to plug in if you’re in a hurry for power and you can game with it connected too.

If you need you can swap to Bluetooth via a switch on the underside and connect to another device. In Bluetooth mode, you can get even more battery life – with up to 200 hours.

The Aerox 3 Wireless is designed with a low profile fit. It’s built to work with various grip styles, including claw, fingertip and palm. We wish it was a little bit larger in terms of height off the desk and overall size, but it’s far from a tiny mouse. The design is well thought out and it’s easy to flick about the desk. 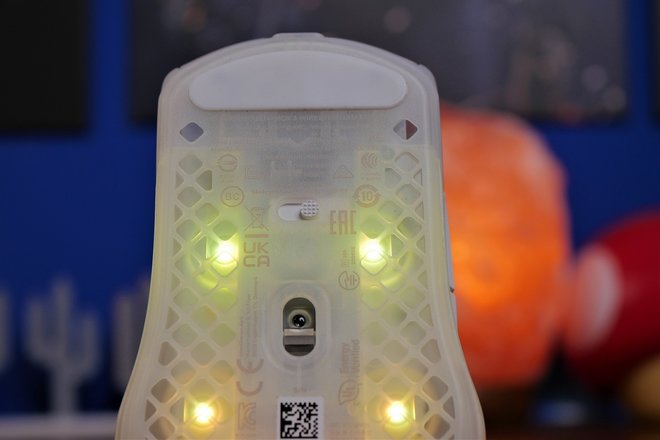 It also has some interesting design highlights that you can’t see, clever things in the software and the way the mouse responds to your actions. The RGB lighting, for example, is designed to turn off when you move the mouse. It’s a battery-saving measure that makes logical sense when you consider the light is mostly invisible when you’re using it anyway.

RGB to light up your room

One thing that struck us about the Aerox 3 Wireless ghost is just how bright its RGB lighting is. Like the SteelSeries Apex 7 Ghost Edition, this mouse’s illumination is gloriously bright. So much so that we’re pretty sure you could unplug it and wander out of a dark room using it as a torch to light your way.

It has three RGB lighting zones, each tweakable within the SteelSeries GG software. The lighting can be set to be reactive, changing with each click of the mouse.

The same software lets you reprogramme things like the five levels of CPI sensitivity, polling rate, and yet more. You can re-programme the buttons too, including adding macro recordings or set media buttons, application launching and other things.