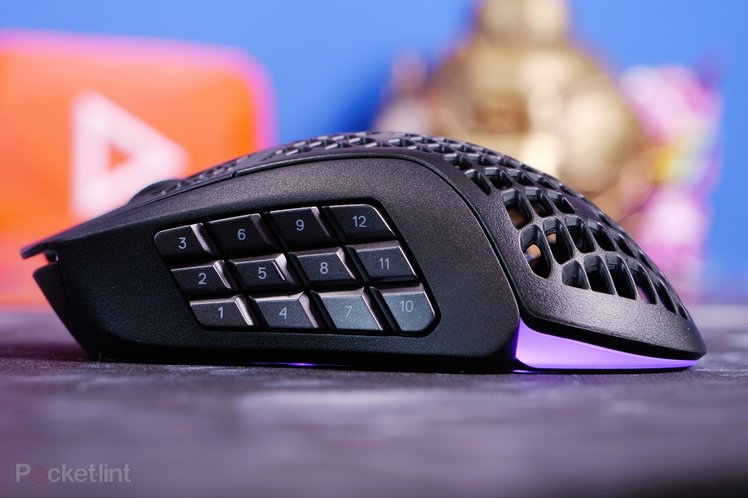 In the line-up of SteelSeries’ lightweight mice sits the Aerox 9 – an intriguing-looking, honeycomb option with a bonkers number of buttons and the same style and appeal as the Aerox 5 and Aerox 3.

This mouse is for those who demand a lightweight frame but also want plenty of opportunities to program specific functions – especially in MOBA and MMO games.

We’ve been testing it out for a couple of weeks to find out.

The SteelSeries Aerox 9 wireless offers two different wireless modes for connecting to your gaming PC. You can use Bluetooth 5.0 or the included 2.4GHz wireless dongle. The dongle gives you the low latency connection and is the most convenient, but it’s also more battery hungry. 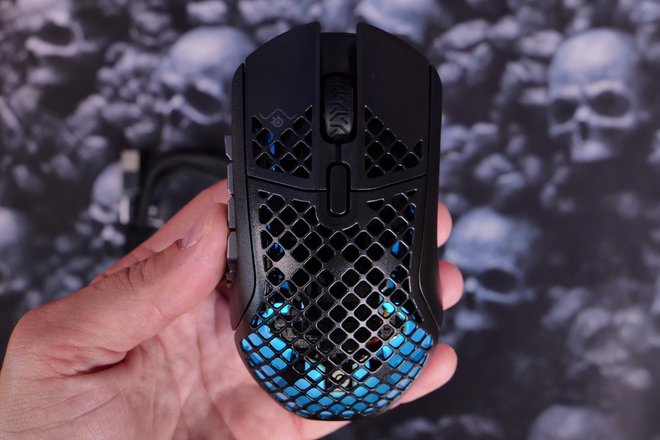 With Quantum 2.0 wireless, you can get around 40 hours of battery life, though we felt like we were plugging it in a bit more often than that. The good news, though, is that it has fast-charging capabilities.

So, when it is running low, you can plug in the included detachable USB-C and quickly get a boost.

The included adapter means you put the dongle and cable on your desk within easy reach, so you can quickly swap to wired mode when needed.

The RGB also changes to red to alert you when you’re running low as well, which is handy if you’re paying attention. 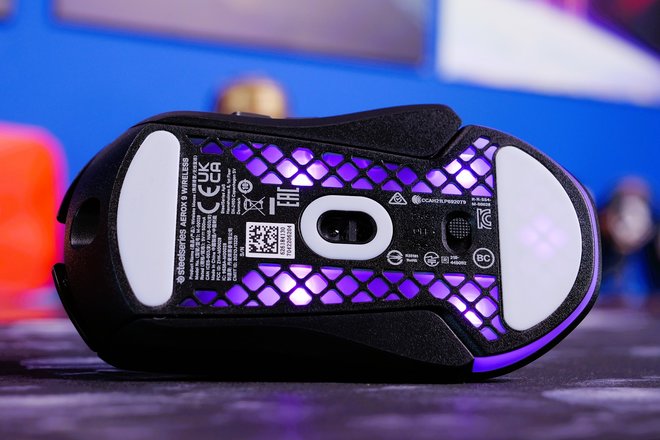 Like the SteelSeries Aerox 5 wireless, the Aerox 9 has a superbly comfortable shell.

With its button layout, it’s primarily designed for palm grippers, but it has a nice matt finish on its ABS plastic shell, too, which makes it easy to hold onto and comfortable in the hand.

The honeycomb styling also adds to that grip-ability. Plus, you don’t need to worry about the holes being a problem as it’s IP54-rated with protection that’s designed to save it from dust, dirt, oil and debris. So it should hold up over time. 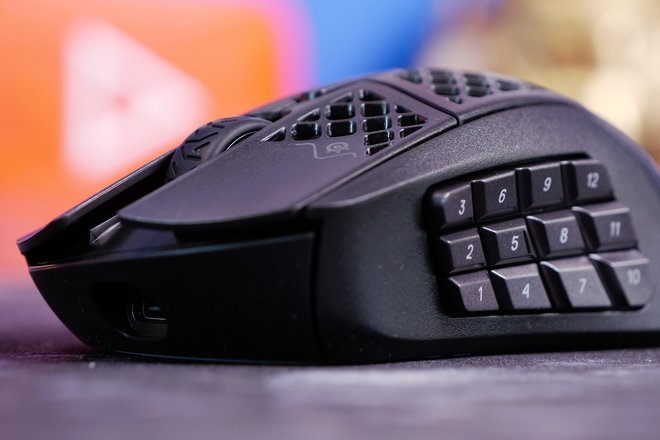 It has slick PTFE feet and is also surprisingly light for a wireless mouse with this many buttons.

Just 89g is an impressive feat, and although it’s not the most lightweight mouse we’ve tried, it’s likely the slickest MOBA mouse around.

If you’re after buttons, then the Aerox 9 will not disappoint.

This mouse packs a whopping 18 programmable buttons into its frame. A total of 12 are located on the left-hand side within easy access of your thumb, while the others include the DPI button, main switches and even left and right tilt on the scroll wheel. 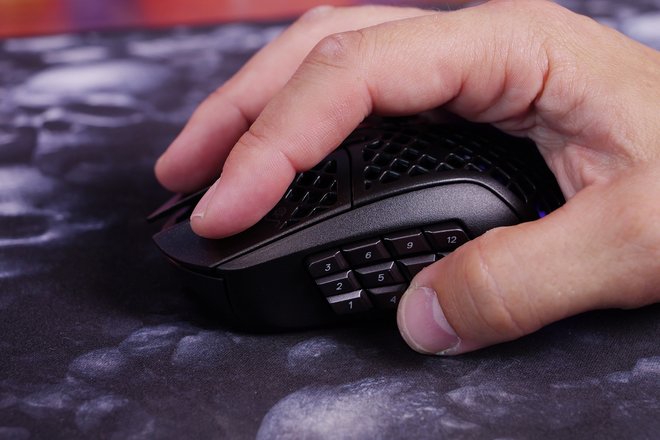 We really like the layout of the buttons on this one, at least in the way they’re shaped and positioned so they’re easy to access. The way they’re designed means you can feel each one individually, though we think it might take time to learn where each is positioned.

The 12 on the side have a slight ergonomic slope and curve to them, which adds to the comfort and makes them easy to press. The default logic might confuse some people, though, as they’re essentially number 1 to 12 from front to back. In Windows, this equates to the number line on your keyboard all the way up to the equals button, though you can re-program them with macros and other actions in SteelSeries GG. 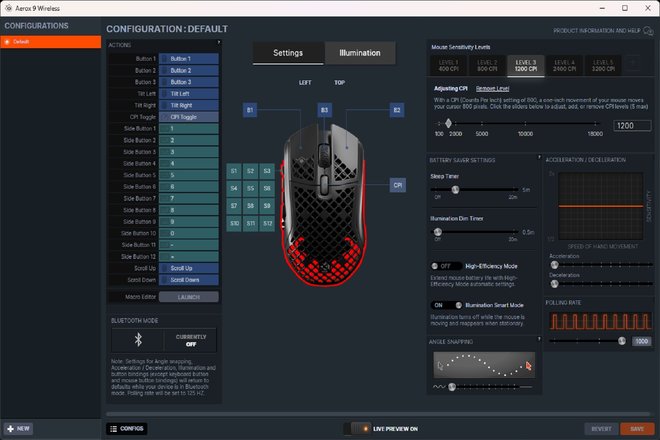 All this gives a lot of customisation options, which makes it perfect for your favourite MOBA or MMO games.

On the other hand, we don’t think the layout is well suited to FPS games or other styles where fast fingers and fast reactions are more important.

We found the side buttons to be a bit too small and too close together to easily be able to find and press the one you want in a hurry when in a frantic firefight.

If you dabble in all sorts of games this might be an issue, but, if you play MOBA and MMO most of the time, you’ll likely love it.

Make it your own

In the SteelSeries GG software, you have the option to change a lot of the settings.

You can customise DPI levels that can then be switched between from the button on top, adjust the polling rate, tweak battery sleep and saving settings and more.

The button programming is the most useful, as you can re-program everything on the mouse, including the main buttons.

The 12-side thumb buttons can be tweaked in here, too. You can disable any you don’t want or re-assign them to include macros, specific actions, other keyboard buttons and more.