While the spotlight is on the Surface Pro 8 and the Surface Book 4 — since they’re likely coming this year — there’s plenty more going on with the Microsoft Surface lineup. If you’re thinking about a Windows tablet but want something a little less expensive than a Surface Pro, that’s where the Surface Go comes in.

Surface Go 3 release date: When will it come out? 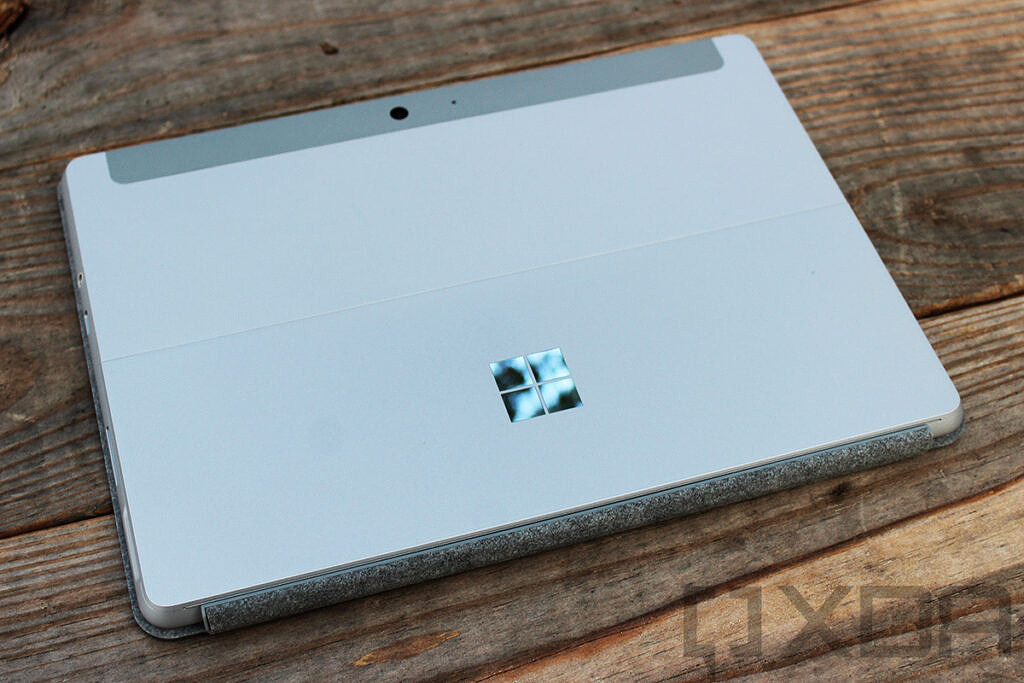 No previous model of the Surface Go has been announced at an event, whether virtual or in-person. It’s always something that gets announced via a press release, and for good reason. Can you imagine Panos Panay taking the stage to show off the Surface Go 3? What would he even say? After all, it’s a mid-range tablet.

That means there are two things that can happen here. One is that Microsoft could announce the Surface Go 3 the week before the main event. This is something Apple does a lot. For anything that’s not worthy of the main spotlight, it can announce it ahead of time. That’s not really a Microsoft thing to do though, especially for the Surface brand. It’s more likely the product will be held back until spring 2022.

Surface Go 3 price: How much will it cost?

I fully expect the Surface Go 3 to maintain the same pricing as it has right now. Right now, here’s what you can get:

Obviously, the configurations might change. Still, I’d expect it to still start at around $399.99 for the model you don’t want, and go up from there.

When Microsoft announced the Surface Go 2, there were a handful of new features.

For the Surface Go 3, I’d expect the chassis and the display will remain mostly the same. Given the display size increased with the second-gen model, it’s a lot to ask that anything changes on the next one.

Other than a leak on the CPU, there haven’t been many rumors, but here are some safe bets.

Given that Microsoft used eighth-gen processors in the Surface Go 2 in an era when 10th-gen was current, there’s a lot of room for an upgrade here. There are two key possibilities based on Intel’s current selection, including the Pentium Gold 6500Y or the Pentium Gold 7505. Thanks to the Geekbench database, we now know that the company will likely use the Pentium Gold 6500Y, a significant improvement if CPU benchmarks are any indication. 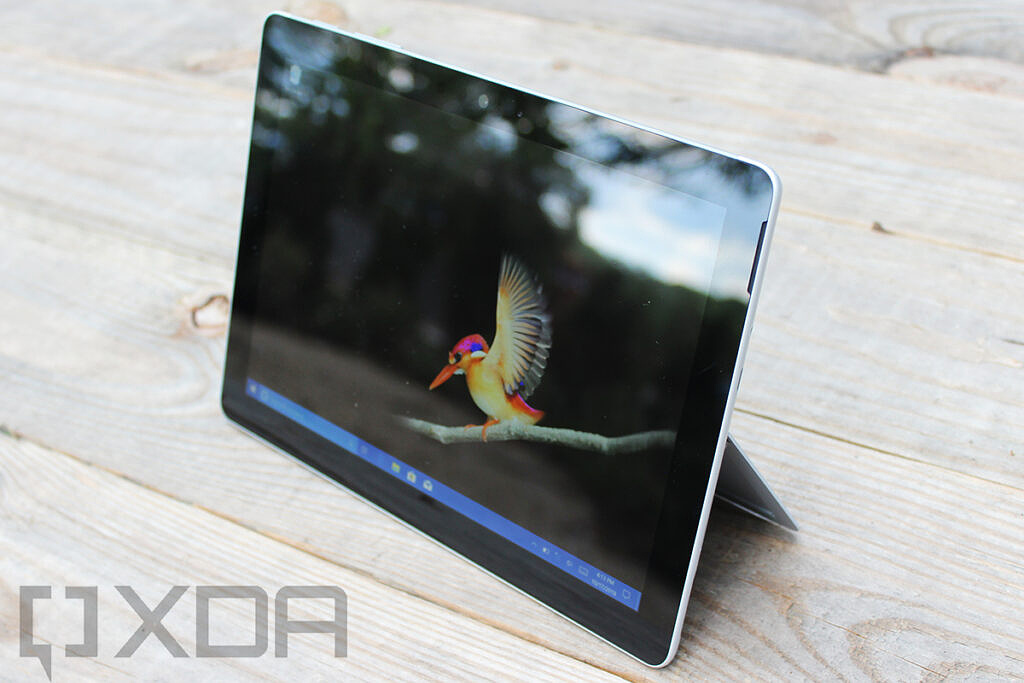 The Pentium Gold 6500Y is from the Amber Lake Y series, meaning it’s basically still an eighth-gen chip. It’s also still built on a 14nm process. That means the Core m3 — now rebranded to Core i3 — will be the Core i3-10100Y. That means that it’s going to be 10th-gen Amber Lake Refresh.

Also notable is that with the 10th-gen Amber Lake processors, Intel actually increased the TDP from 5W to 7W. Note that with the Pentium Gold that’s being used, the TDP is still 5W, so you’ll get a solid boost in power from the Core i3.

The Pentium Gold 7505 would make a lot more sense for this product. It’s from the Tiger Lake family, which is 11th-gen. But even if Microsoft doesn’t want to be current-gen with the Surface Go 3, it won’t have to. By next spring, higher-end products will have moved on to 12th-gen Alder Lake.

Another thing that’s cool about Tiger Lake is there’s no more Y-series. This is sort of a low-power U-series chip that’s meant to scale. It would also allow the team to use something like a Core i3-1110G4 in the higher end model. Sadly, that seems like something that we’ll have to wait for the Surface Go 4 to see.

Microsoft Surface is never on the cutting edge when it comes to new technologies, especially on a mid-range product like the Surface Go 3. Even if it adopts 5G in the Surface Pro 8 this year, I’d expect the Surface Go 3 would still only offer 4G LTE options. 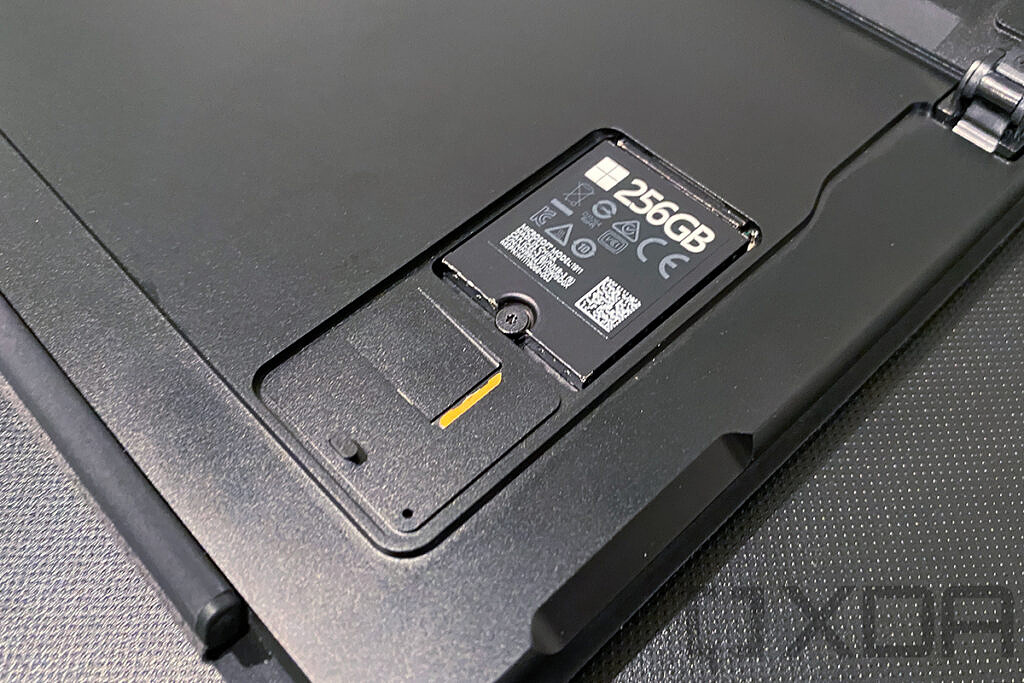 Microsoft is serious about removable storage. What’s important for you to know is it’s not there so you can upgrade your own SSD without paying the frankly absurd prices Microsoft charges.

This is a business feature, and just in case you haven’t noticed, every single Surface product has a business option, so I completely expect this feature to be offered throughout the lineup (except the Surface Duo, obviously). It’s a feature that’s important for governments too. If you’ve got a Surface Go 3 and it needs to be serviced, it might have sensitive information on it. Removable storage lets you take that out.

Also, when you recycle the PC or sell it, you can remove that storage and destroy it. For some businesses and governmental institutions, this feature is necessary for even considering a purchase.

This is where we go from things that we’re expecting, to things we simply want.

I noted above that I fully expect faster cellular in the Surface Go 3, but seriously, it’s time to put 5G in all the things. That’s just where we’re at now. The problem is when it comes to stuff like this, Microsoft likes to stay a step behind the curve. 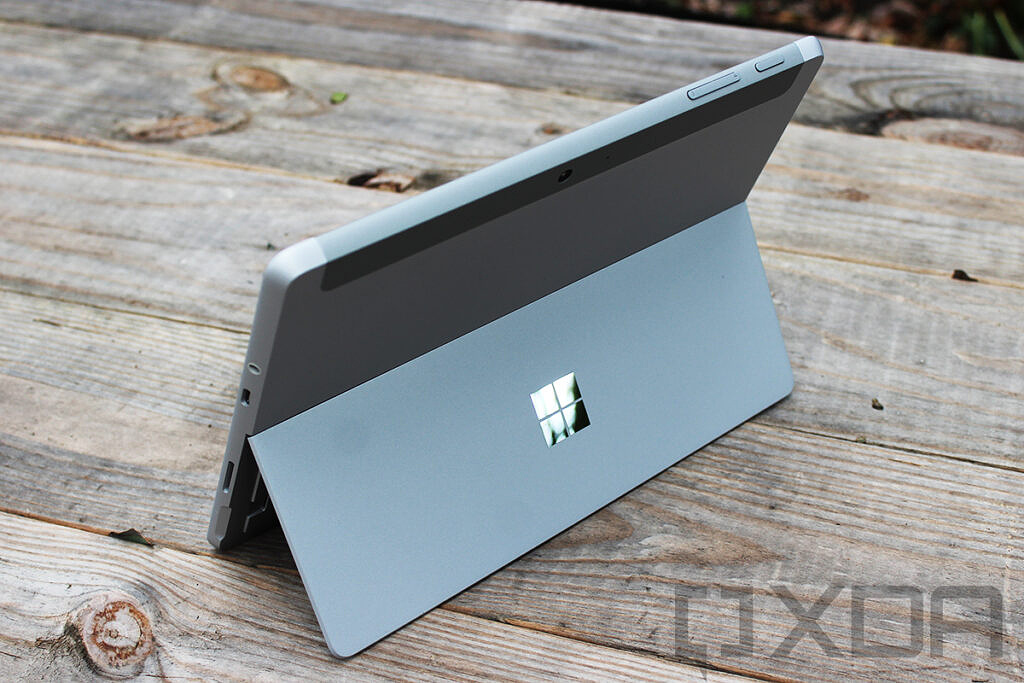 To me, one of the biggest pain points in the PC market is how much of a premium cellular capabilities are made out to be. I can go out and spend $300 on a phone that will have 5G (let’s go with the OnePlus Nord N10 5G). However, if I bought an HP Elite Folio, it would cost an additional $444 to have it configured with 5G. Honestly, it’s something the PC market hasn’t cared to move toward, similar to how that same $300 phone can have a 16MP front camera that records 1080p 60fps video and you’re lucky if your $2,000 laptop records 1080p 30fps video.

Luckily, the Surface Go 2 already has an FHD webcam. Just give us the 5G now, and let’s not pretend it needs to be a $1,000 product to have it.

Ship the pen in the box

If Microsoft wants to still sell the Surface Pen separately with the Surface Pro 8, that’s fine. Both with less expensive products, things tend to be more bundled. Asking people to spend $549.99 on a tablet that’s supposed to be a budget device, and then grabbing an additional $99.99 for the pen and $129.99 for the keyboard takes away the value.

Seriously, just throw the pen in the box with the Surface Go 3. I’d say throw the keyboard in as well, but I don’t even think that’s necessary. Let’s make this a purely tablet experience. With that 10.5 inch screen and Android app support, the Surface Go 3 could be pretty cool. 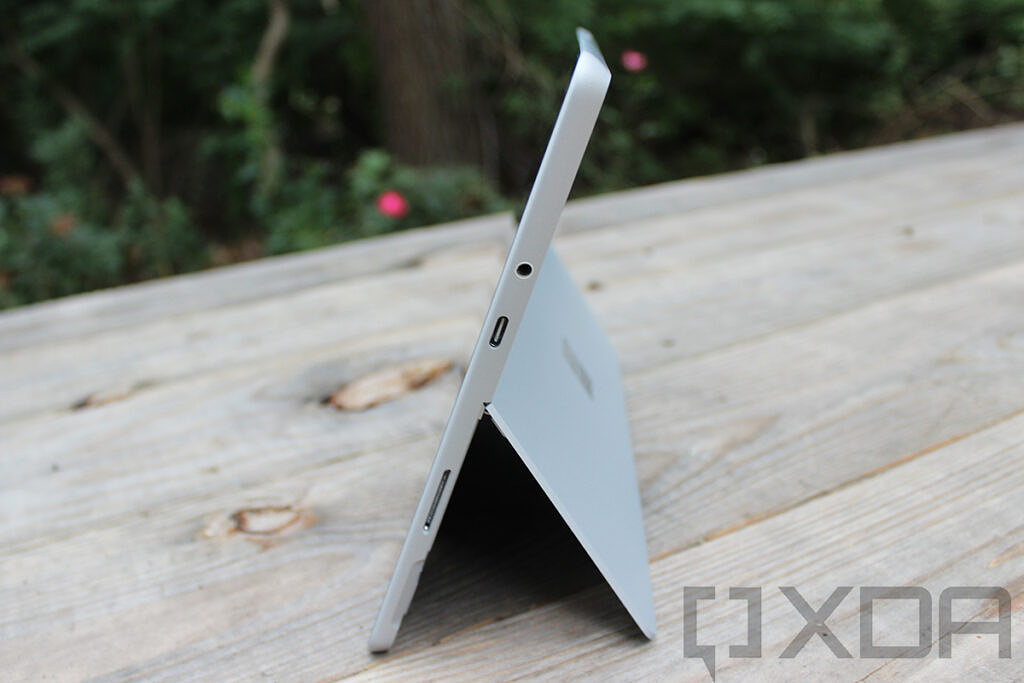 That leaves just one other Surface PC, the Surface 3. That actually used a micro-USB connector for charging, and it was abandoned because too many people were wondering why it would take 12 hours to charge their tablet if they used their phone charger. The spiritual successor to the Surface 3 was the Surface Go, and it’s time to try this again.

I firmly believe all Surface PCs should switch to USB Type-C charging. I wouldn’t mind if the Surface Go 3 was the first.

That’s about it for the Surface Go 3. As mentioned earlier, there really aren’t any credible leaks or rumors just yet. Of course, we’ll update this page as we learn more.

The post Surface Go 3: Release date, everything we know, and what we’re hoping to see appeared first on xda-developers.