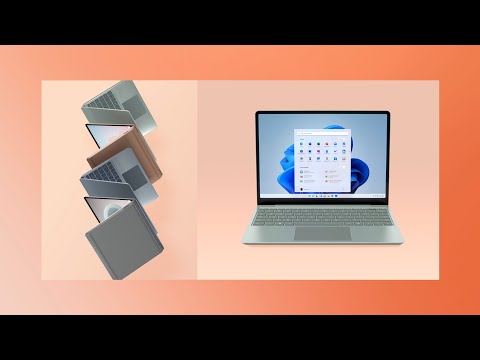 Microsoft started June by introducing the Surface Laptop Go 2, almost two years after the original Surface Laptop Go was released in October 2020. It maintains the luxurious-looking form of its predecessor at an economically friendly price that starts at $599. Apart from that, however, does it really have a big difference from the previous Surface Laptop Go?

Microsoft describes this Surface Laptop Go 2 with a Windows 11 Home OS as the choice for those “seeking the perfect product to take with you on vacation, or a premium device for the upcoming school year.” It is still light and premium-looking, thanks to all the qualities it adopted from its sibling. The color choices expanded into four (Surface Laptop Go only has three: Ice Blue, Sandstone, and Platinum) after the addition of Sage, which features green and gray notes with a hint of blue. Unfortunately, you won’t still get a backlit keyboard in this one, which can be frustrating.

In terms of dimensions and weight, the two are not that different. There is a little difference in the measurements, but it is barely noticeable, so it is still a bag-friendly unit for college folks. The screen size, on the other hand, is just the same as the original Surface Laptop Go. It is touch-sensitive and measures 12.4 inches with a 3:2 aspect ratio. Surface Laptop Go 2 also gets the Windows Hello support via the fingerprint sensor on the power button and the same ports (USB-C, USB-A, 3.5mm audio, and Surface Connect). Even the camera stays the same at 720p, though it is somehow upgraded to an f/2.0. Yet, as expected, it won’t make a substantial difference if you are looking for a five-star webcam perfect for online meetings. On a positive note, it has a built-in dual far-field Studio Mics and Omnisonic Speakers with Dolby Audio Premium, so your audios won’t be a problem.

On the other hand, from the 10th Gen Intel Core i5-1035G1, the Surface Laptop Go 2 will have an 11th Gen Intel Core i5-1135G7 processor. It is a big difference, but it is not that impressive since Intel already has the 12th Gen Alder Lake chips, which you would expect from new laptops. Nonetheless, it is still good that the Surface Laptop Go 2 is getting a better processor. As for the RAM, you’ll get 4GB LPDDR4x for the $599 rate, but you can pay an extra $100 to get the 8GB LPDDR4x, which is much more recommended if you’ll frequently be using the unit for multitasking works. For the storage, it is good news that the Surface Laptop Go 2 has a base spec of 128GB compared to the 64GB eMMC the Surface Laptop Go has. You can also get a higher storage capacity by paying extra, giving you a 256GB SSD with 8GB of RAM for $799. For the graphics, you’ll have Intel Iris Xe in all models. It isn’t the best for AAA gaming, but it should work for casual games and other activities.

As for the battery, many expressed disappointment in the performance of the last Surface Laptop Go, which many users report to only last for an average of less than eight hours. However, Microsoft promises up to 13.5 hours in the Surface Laptop Go 2. You might want to take it with a pinch of salt, though, since the company also claimed the original Surface Laptop Go to have up to 13 hours before.

Another section that defines the new Surface Laptop Go 2 is its build that highlights sustainability. According to Microsoft, the laptop now has more replaceable components (thanks to the redesigned chassis), including the SSD, C-Cover (Keyset and Trackpad), AB Cover (Display), and battery.

The Surface Laptop Go 2 is now available for pre-orders at Microsoft.com and Best Buy. Orders, on the other hand, will ship on June 7.