The Windows 11 Taskbar isn’t very customizable out of the box, aside from a couple of visual effects that you can toggle. There are plenty of workarounds and third-party software that can help you tweak the taskbar to your liking, and the new guy on the block that does this, is TaskbarXI. 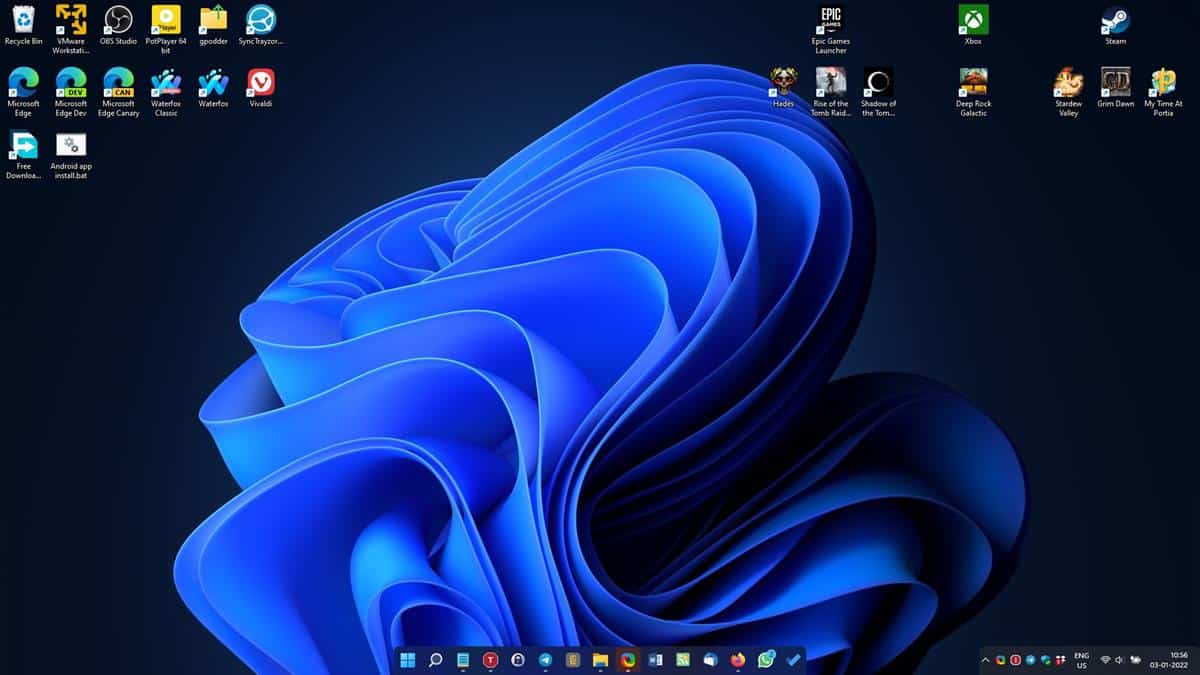 The C++ program aims to be the successor to TaskbarX (formerly FalconX), from the same developer, but TaskbarXI is still in an early development phase. It does not have an interface yet. The project’s page mentions that a GUI is in the works, as are the options to change the taskbar background style and color.

That said, even at this stage, it does offer some nice features. TaskbarXI is portable, download it from the project’s GitHub page, run the executable, and it is ready to use. You may not notice a difference if you have a window that is maximized, i.e., the taskbar will look normal. But when you open a minimized window, or switch to the desktop, the tool will shrink the taskbar to a dock, with the wallpaper overflowing the edges. The system tray and clock are detached from the taskbar and appears like a secondary dock.

The edges of the dock are rounded, but has a jagged effect due to the lack of anti-aliasing in Windows 11. The tool displays the taskbar on multiple monitors, and supports the system tray and the clock as well. If you are not a fan of the centered icons, you can use it with a left-aligned taskbar by enabling the option in Windows 11’s Personalization > Taskbar screen.

I think it looks better with the centered taskbar, because the left-aligned style creates a gap between the taskbar and the system tray, which looks odd. TaskbarXI supports separate DPI scaling. 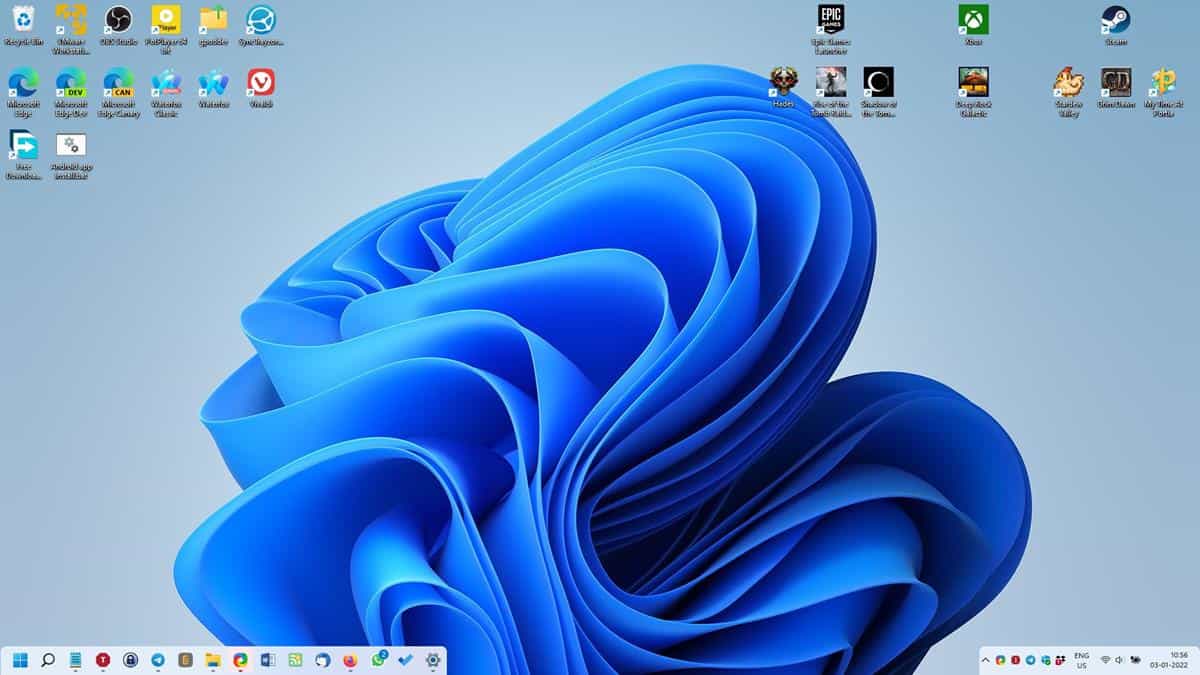 The application works with Windows 11’s light and dark themes. There is currently no option to make any changes whatsoever, so you can’t change the size of the taskbar, or its transparency, enable auto-hide, etc. Since there is no GUI, the only way to close the program is to open the Task Manager and kill the Taskbar11.exe (the name includes the version number, e.g. Taskbar11_1.0.0.0.exe), and has the description “Windows 11 Taskbar Mod”. 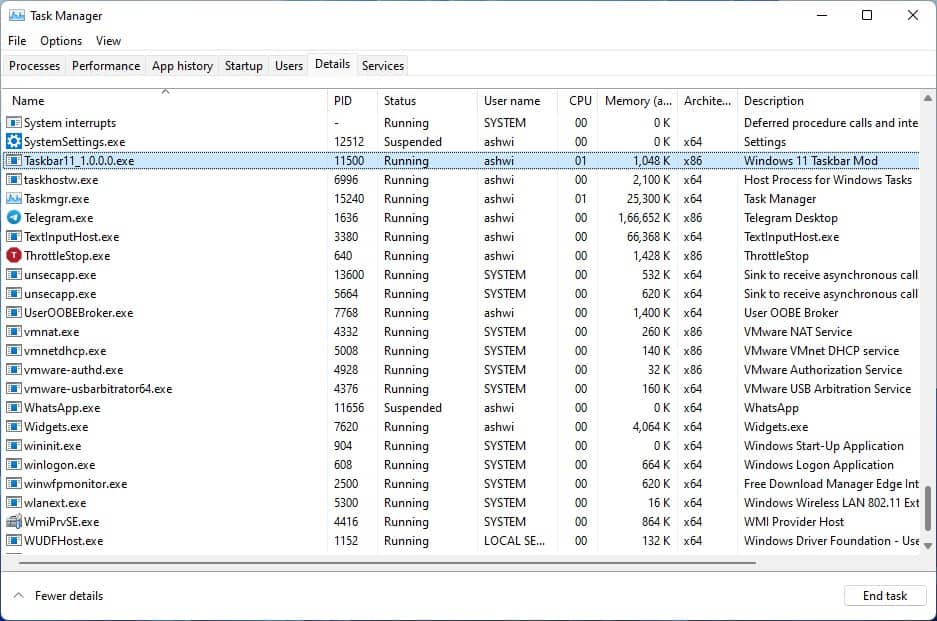 TaskbarXI crashed a few times for me, well I’m not sure if it did since it was still running in the Task Manager, but the taskbar disappeared randomly. It happened once when PotPlayer was running in windowed mode, but the other instances were random. It’s understandable though, after all this is an alpha version, so instabilities are to be expected.

The tool seems to be a decent start for a first release, though in my opinion RoundedTB does a similar job, and has a user-friendly interface. There are other open source options that you may choose from for customizing the Windows 11 Taskbar, including TranslucentTB, Windows 11 Drag & Drop to the Taskbar (Fix), ElevenClock, to name a few.

Note: TaskbarXI developed by Chris Andriessen, should not be confused with Taskbar11, which is made by Dustin Hendriks.

If you want a nicer Start Menu, there is Open Shell, which is also free and open source. There are some paid alternatives that you could opt for such as Start11 or StartAllBack, I haven’t used either, so I don’t know if they’re better than Open Shell.

The post TaskbarXI turns the Windows 11 Taskbar to a dock appeared first on gHacks Technology News.