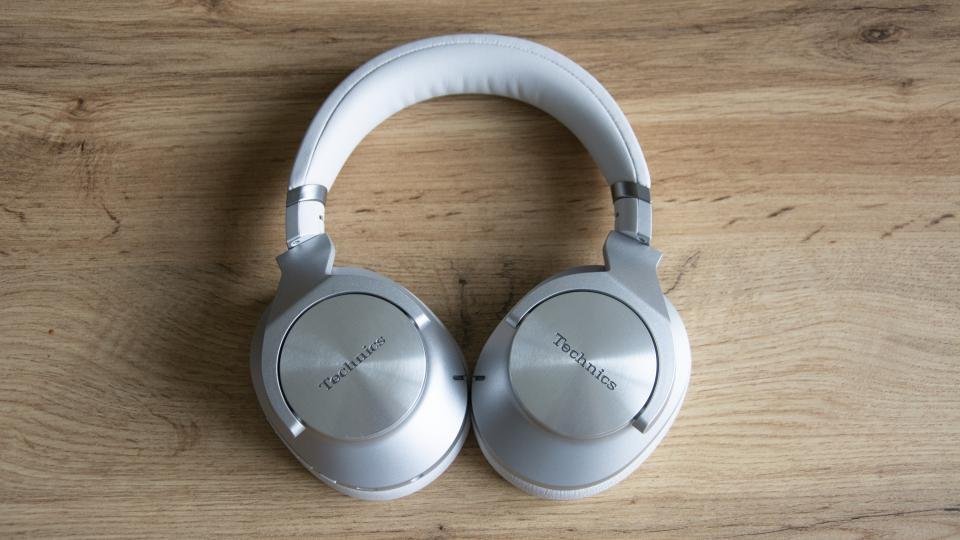 With bumper battery life and balanced audio, the Technics EAH-A800 are among the best ANC headphones around

The Technics EAH-A800 are the Panasonic-owned brand’s first pair of noise-cancelling over-ear headphones and its answer to popular headphones from the likes of Sony, Bose and Bowers & Wilkins.

They compete keenly with key rivals when it comes to audio quality and design, and blow most similarly priced alternatives out of the water with their exceptional battery life. Their noise-cancelling capabilities fall short of being class-leading, however, and they’re undercut by flagship alternatives that have seen hefty discounts since launch.

This puts them in a slightly tricky position: they’re easy to recommend when viewed in isolation but feel a touch pricey right now relative to the competition.

Technics EAH-A800 review: What do you get for the money?

The EAH-A800 are available in black and silver and will set you back £300. That’s actually a fair bit cheaper than the Sony WH-1000XM4, Bose QuietComfort 45 and Bowers & Wilkins PX7 were at launch, but those three options are now all available for under £280.

Technics has managed to cram in pretty much everything you’d expect from a pair of premium noise-cancelling headphones. They operate over Bluetooth 5.2 and there’s support for Sony’s high-resolution LDAC codec in addition to AAC and SBC. Multipoint pairing allows you to connect to two Bluetooth devices simultaneously, and voice assistant support comes courtesy of Alexa built-in, although you can choose to use your phone’s native assistant if you prefer.

Noise cancellation is the headline feature and can be controlled via the Technics Audio Connect app. You also get a choice of ambient modes – Transparent and Attention – for when you need to be more aware of what’s going on around you.

Battery life clocks in at a whopping 50 hours if you’re using the AAC codec and have noise cancellation switched on, a figure that can be extended to 60 hours by forgoing ANC. Those numbers take a hit if you use the LDAC codec, but 40 hours of audio playback with ANC on is right up there with the longest-lasting noise-cancellers around.

Charging happens via a USB-C port located on the right earcup, but you can’t use the headphones while they’re being topped up, which is a shame. You won’t have to go too long without audio, however, as 15 minutes on charge provides the EAH-A800 with enough juice for around ten hours of playback.

The right earcup also houses physical buttons covering your basic media and call controls, a touch-sensitive surface, to which you can assign ANC and ambient mode shortcuts, and a 3.5mm jack that enables wired connection to an audio source.

Technics includes an analogue audio cable in the box, along with a USB-C charging cable, a two-pin aeroplane adapter and a hard-shell case for transporting the headphones. It also encourages you to download the Technics Audio Connect companion app, which features settings and options aplenty via which you can customise your listening experience.

Technics EAH-A800 review: What do we like about them?

I recently reviewed Technics’ entry-level earbuds, the EAH-AZ40, and praised their stylish design and comfortable fit. Their over-ear counterparts are equally eye-catching and I experienced no discomfort whatsoever when wearing them for long periods.

The headphones weigh a mere 298g so never felt overly heavy, and the clamp force proved just right to hold them on my head without creating any undue pressure. The earcups are spacious and amply padded with memory foam, while the lining of the headband successfully distributed weight evenly across the dome of my bald bonce. 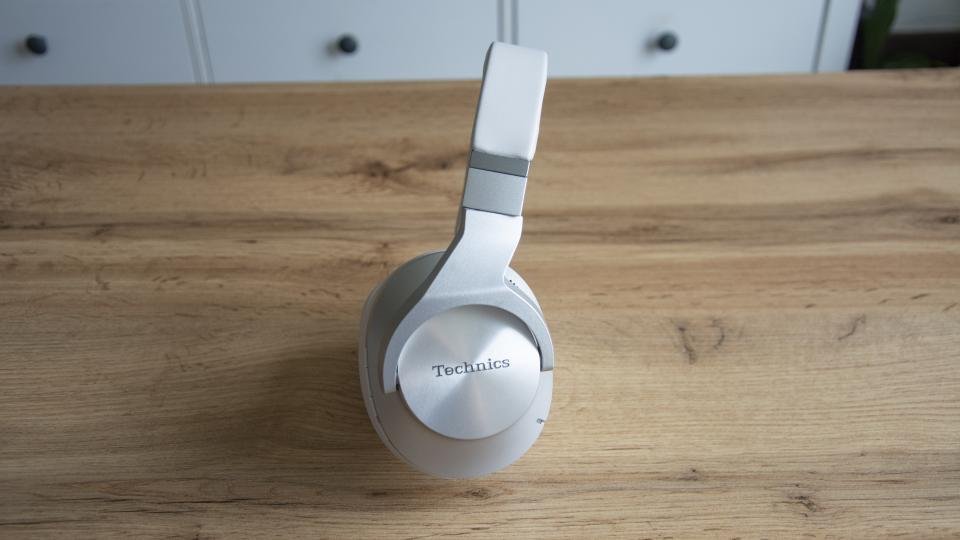 That comfy fit is complemented perfectly by composed, confident audio articulation. The EAH-A800 improve upon the magnificent mid-range and treble detail present on the in-ear EAH-AZ40 while benefitting from a more robust low-end response. The sound signature feels better balanced as a result, and I didn’t feel the need to dip into the five-band graphic equaliser to boost the lower-frequency bands.

The default sound signature delivers accurate, natural sound and oodles of audio information, particularly when making use of the LDAC codec to stream higher-resolution content. I tested the EAH-A800 using both my iPhone XR (AAC) and a Realme 6i (LDAC) and the difference was noticeable: the latter was able to draw out additional detail across the frequency spectrum, which made for a more engaging listening experience.

Overall, there’s really very little to dislike about how the EAH-A800 sound. They’re tonally and dynamically astute, possess a wide soundstage within which different instruments are easily identified, and the 40mm drivers can pack a bassy punch when necessary.

If you do find yourself wanting to tweak things, however, the Technics Audio Connect app has got you reasonably well covered. Creating a custom EQ using the aforementioned five-band equaliser is the most effective way of personalising the sound but there are also four EQ presets available: Bass+, Treble+, Dynamic and Vocal.

These audio options are just the tip of the in-app iceberg, with Technics offering an impressive range of settings to play around with. These include customisation of the commands linked to the touch sensor on the outside of the right earcup, selecting whether you want the headphones to turn off after a certain period of inactivity, and choosing the level of background noise reduction implemented while on phone calls. 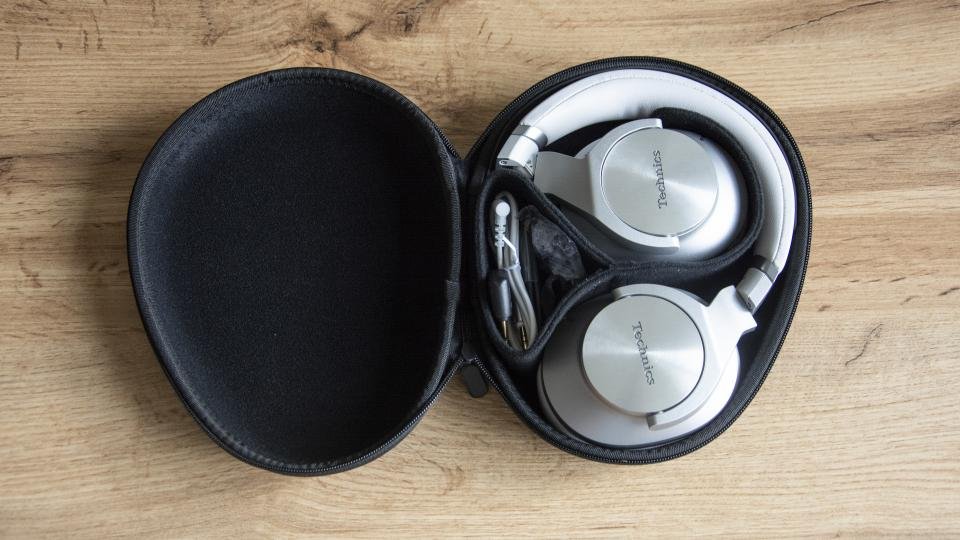 You can also disable wear detection, adjust the level of ANC on a scale from 1 to 100 and switch between the Transparent and Attention ambient modes, both of which work very well. I’m a strong proponent of companion apps offering lots of ways to personalise the user experience and Technics has got it spot on in that regard.

It’s not far off in terms of call clarity, either. The EAH-A800 house four microphones in each earcup, two of which are used to capture your voice, and they do so while picking up a relatively small amount of background noise. Phone conversations were smooth and clear during testing, and I was told I sounded exactly like I do in person, so mic fidelity gets a big thumbs up.

Technics EAH-A800 review: What could be improved?

The two other microphones in each earcup are used for noise cancellation. They operate in a hybrid setup, with an external feed-forward mic working alongside an internal feedback mic. This creates a noise-cancelling microphone arrangement that should, in theory at least, be able to attenuate a broad range of frequencies.

However, the EAH-A800 aren’t as skilled in this department as the crème de la crème of ANC headphones they’re competing with. Low-end frequencies are blocked out commendably but not as effectively as they are by the Bose QC 45 or Sony WH-1000XM4. Those options are also more efficient when it comes to dampening higher-frequency sounds, on which the EAH-A800 have very little impact. The EAH-A800 will certainly help you detach yourself from the world, but you can expect the odd interruption if you’re in a particularly noisy environment. 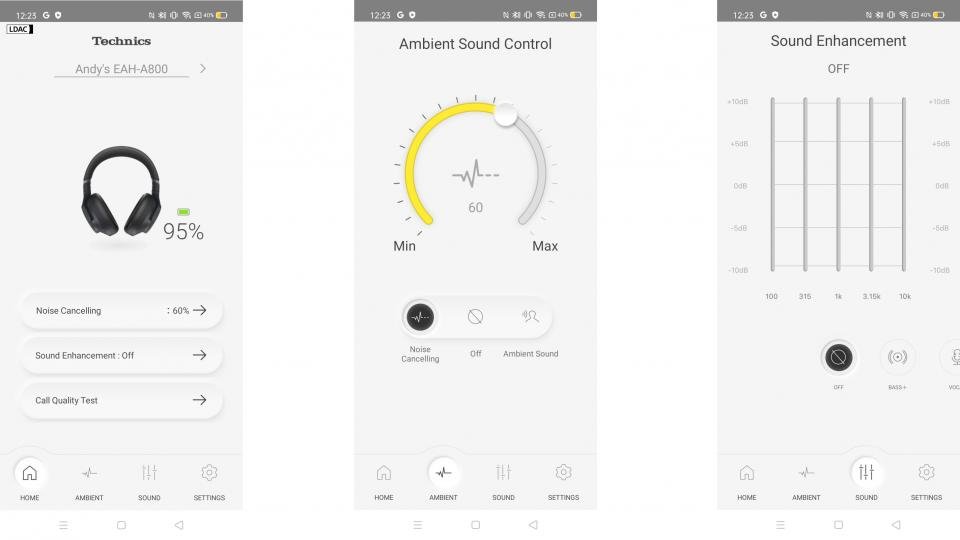 My other main criticism is that the EAH-A800’s touch controls could be expanded to include more commands. Currently, there are only two actions available – double and triple taps – and these can only be used for noise cancelling and ambient sound functions. I’d have liked to have seen a few more options included, such as being able to swipe up and down on the earcup to adjust volume. The buttons on the right earcup fulfil this role well enough, but swipes feel a lot more intuitive.

Technics EAH-A800 review: Should you buy them?

Had the Technics EAH-A800 been released 18 months ago, the answer to this would have been a straightforward “yes”.

Noise cancellation may not be the best around but it does the job well enough, and the EAH-A800 are strong performers in just about every other area. They’re second only to the Bose QC 45 in terms of comfort, sound quality is fantastic, and no other premium over-ear noise-cancellers can match them for battery life.

Being late to market has hurt them, however. With our favourite over-ear headphones, the Sony WH-1000XM4, now costing £279 and great options from Bose and Bowers & Wilkins available even cheaper, the Technics EAH-A800 look less appealing. That is, unless you prioritise looks and battery life over noise-cancelling prowess, in which case the extra outlay is probably worth it.