The update also brings a bunch of other new features. 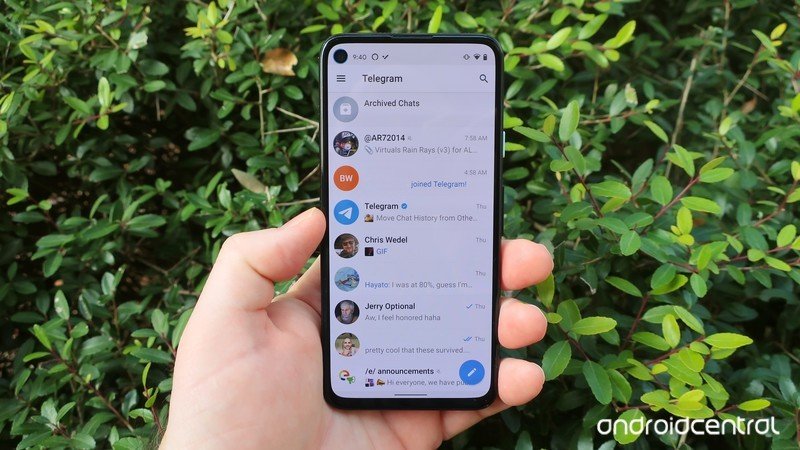 Telegram has announced a big new update that “takes video “to the next level.” The popular messaging app has made improvements to nearly every video-focused feature — including group video calls, video messages, and the media player.

Group video calls on Telegram can now have a total of 1,000 viewers. However, the app still allows only up to 30 participants to broadcast video. Telegram is also improving its Video messages feature by adding support for higher resolution. You can record a video message by tapping the microphone icon in the message bar to switch from voice message to video. Similar to voice messages, you’ll need to press and hold to begin recording. You can also now tap on a video message to expand it. Tapping on an expanded video message will pause it and allow you to fast forward or rewind the message.

The app’s media player now supports multiple video playback speeds: 0.5x, 1.5x, and 2x. On the best Android phones, you can even replay videos at 0.2x speed. To switch between different playback speeds, press and hold the 2X button when playing voice or video messages.

Another feature that many users might find helpful is the ability to share your screen with sound from your device when broadcasting in one-on-one video calls. Telegram’s Auto-Delete feature has also been updated and now offers a new “one month” option. You can enable the timer for your messages to erase themselves by tapping on ⋮ > Clear History and choosing a duration.

Aside from the video improvements, the update introduces new lightweight animations for text messages on Android. When you send a message, your text will “smoothly transform into the message bubble as it flies into chat.” These animations were rolled out to iOS users with the previous Telegram update.