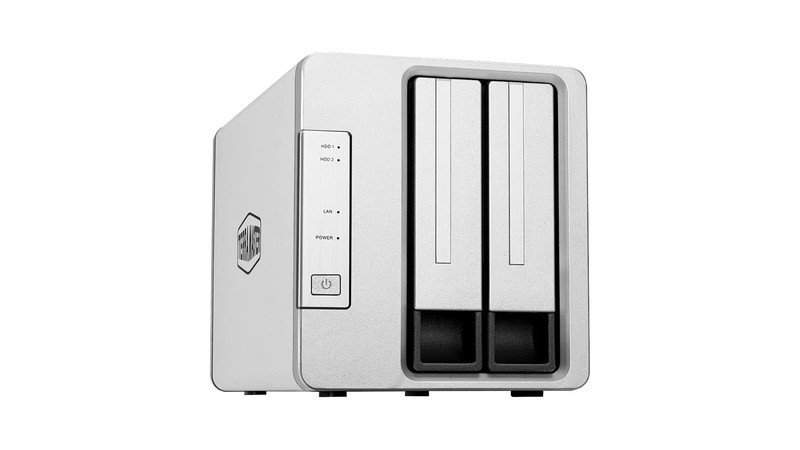 TerraMaster is probably best known for its range of more affordable NAS enclosures that often undercut the competition from Synology, QNAP among others. The company has never been at the forefront of premium features, nor has it polished its operating system to match what competitors offer on more expensive enclosures. This is all changing for 2022.

TOS 5.0 is launching with a refreshed UI to really bring its user experience up to standard. But TerraMaster isn’t stopping there as the company just announced the all-new F2-423 and F4-423 NAS enclosures. Both of these upcoming servers are serious contenders for best NAS, taking the crown from the exceptional Synology DiskStation DS220+.

The two new TerraMaster NAS are identical in terms of specifications but differ in price and the number of drive bays. The F2-423 has two drive bays for a capacity of 40TB and the F4-423 has a further two, doubling the maximum capacity to 80TB. Inside both enclosures, you’ll find a quad-core Intel Celeron N5105 processor that can boost to 2.9GHz.

This CPU is brilliant for numerous NAS tasks, including running Plex Media Server and virtual machines. Then there’s the 4GB of DDR4 RAM, which is pretty good out the box but it’s possible to bump this up to a whopping 32GB. That’s not all as TerraMaster also threw in not one, but two 2.5Gb LAN ports with link aggregation support for higher data bandwidth.

Finally, we’ve got two M.2 slots on both the F2-423 and F4-423 for installing M.2 drives and enabling SSD caching. TerraMaster chose not to mess around with the design, resulting in the same aluminum finish we’ve come to know and love with the company’s range of enclosures.