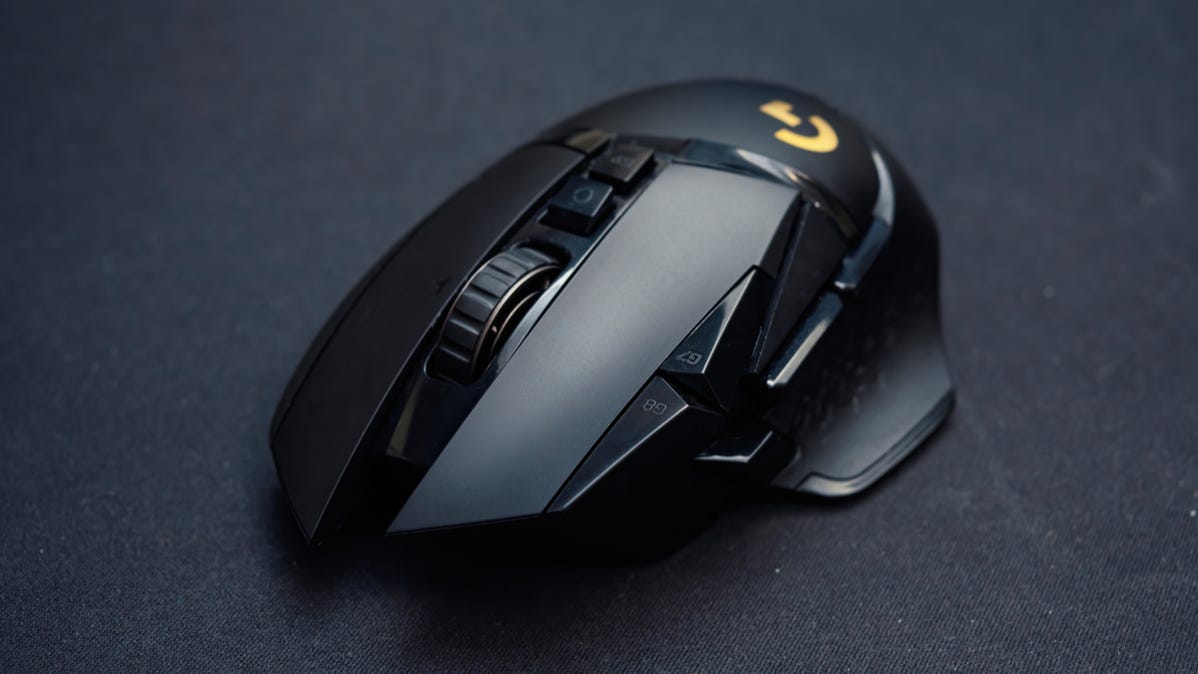 A gaming mouse differs from your typical computer mouse by having specific features that emphasize response and control. When you search for gaming mice, you’ll see things like DPI and response rate touted. These numbers can be confusing on their own, especially when you don’t want to look at one spec without the context of the others.

DPI, or dots per inch, is important to determine the range of speeds you can set your mouse to or how fast your cursor moves relative to your wrist. Think of it like how fast a car can go, except there are certain speeds that are far too ludicrous to matter in real-world use. Mice that claim high DPI settings aren’t bad, but only a niche set of gamers will make use of DPI settings above 2,000.

Response rate is important because it measures how fast your clicks and button presses are sent to your PC and your game. For most people, it’s a superfluous number. Almost all modern mice—gaming-specific and not—operate at high response rates. It’s a good thing to check for, but an acceptable response rate is basically a given with any mouse you’ll find today, and it’s certainly a given for all our recommendations below.

The features you really should pay attention to are the shape of the mouse, the available buttons it has and the customization of them, build quality, and battery life for wireless mice. All of the picks below include a lot of the basic requirements, or else they wouldn’t be some of the best.

But to find the perfect gaming mouse for you, you have to drill down. You want to think about how you’ll use this mouse, what games you primarily play, and whether or not a cord will bug you to determine which one best suits you.

With that in mind, check out what we think are the best gaming mice.

The Logitech G502 Lightspeed brings a strong sensor, a wide range of DPI (dots per inch) settings, RGB lighting, and customizable weights to the gaming mouse competition. It’s been a top-tier mouse for years for a reason, after all. The G602 comes in at a reasonable price while offering the kinds of features you’d expect in gaming mice and more, like onboard memory and programmable buttons.

it’s important to note, though, that the Lightspeed isn’t a small mouse, nor is it lightweight. If you’re interested in a gaming mouse specifically made with those traits in mind, you’ll want an ultralight mouse instead.

But the Logitech G502 uses that extra weight and size to squeeze in a sensor that allows for up to 25,600 max DPI, or the max speed at which your cursor moves around your desktop. This kind of feature is great for people who play a variety of games, from shooters that require ultra-low sensitivities to rhythm games that require bouncing your cursor around the screen quickly.

On top of that, the Logitech G502 also has a set of several programmable buttons. Using the G HUB application, you can set up the buttons to perform singular keystrokes or even multiple ones with macros. MMO players who want to set up complex commands or even productivity nerds will find this feature useful, especially among similar mice that lack this support.

Although the Logitech G502 isn’t wireless, it utilizes its wired connectivity to offer incredibly low latency and the lack of battery allows for a few weights that you can take in and out of the mouse’s body to change the feel of it in your palm.

All and all, the G502 is a fantastic all-rounder gaming mouse. 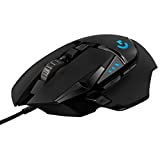 The Logitech G203 Lightsync is unparalleled when it comes to a budget mouse. It’s the mouse to get if you want something under $50 that performs as if you spent more. The Logitech G203 is a streamlined mouse that offers a medium-weight body, a solid range of DPI settings, RGB, programmable buttons, and onboard memory.

The biggest selling point of the Logitech G203 is its incredible sensor that offers up to 8,000 DPI. While that high of a DPI is usually reserved for a niche type of gaming with a premium price tag, it means that should you ever need to crank the sensitivity up, the option is there. It also means the mouse is versatile for a variety of games, from FPS to MMOs.

This mouse also has low click latency, which should satisfy competitive shooter players. It might not seem like much, but having your click reactions register in a game as fast as possible can mean the difference between a win and a loss. This isn’t the sole selling point of the G203 for normal games, but it’s good to keep in mind if you have a varied taste in games or want a mouse for competitive play.

To have all these features in a mouse under $50 is almost unheard of, especially with one that shares internal hardware with much more expensive mice. All of that makes the Logitech G203 the mouse to get if you have a specific budget in mind. 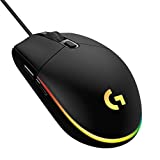 The Logitech G203 is an affordable gaming mouse that has fast response times, a range of DPI options, and programmable buttons.

First things first, the Viper Ultimate is a solid, high-quality mouse. It’s a medium size that should work for most people and has a solid build that doesn’t feel cheap or loose. It might not seem like much, but for an item that you’ll use hours a day every day, it needs to feel sturdy and remain sturdy. Razer’s mouse also has a variety of buttons that you can customize using Razer’s software.

When it comes to battery life and wireless connectivity, the Viper Ultimate is top tier. You will only notice this mouse is wireless if you look down and don’t see the wire, the 70-hour battery life is that good. The mouse uses a dedicated USB receiver for wireless input like some other options on this list, ensuring that you won’t lose connection in the middle of a tense game.

We recommend getting the bundle that features a dock that will charge your mouse and give you information on its current battery life. It’s possible to get the Viper Ultimate without the dock, but if you want quick four-hour recharging, you should consider getting the full package. 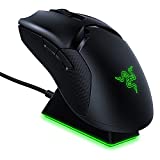 The Razer Viper Ultimate is a superb wireless gaming mouse because it packs in low latency inputs, lots of DPI settings, and long battery life.

The Logitech G Pro X Superlight is a premium wireless gaming mouse that is incredibly lightweight. The mouse lacks RGB but makes up for that in its 63g weight, making this an ultralight mouse. Like Logitech’s other mice in their gaming line, it’s also solidly built and made for various uses.

Unlike many other ultralight mice that cut as much plastic as possible, the Pro X Superlight makes sure to keep room for a couple of extra programmable buttons. It also manages to have has long battery life, despite its weight suggesting that there isn’t a big one installed. The Superlight can last up to 70 hours, and it actually hits that frequently. A lot of the reason for this is because the mouse goes on standby while not in use and reactivates instantly when you move it, conserving battery charge in the process

If you’re someone that wants a mouse that glides like butter, the Logitech G Pro X Superlight is the way to go. It’s especially great for competitive games where quick reflexes are crucial. But even if you play casual games, Logitech’s mouse will more than deliver. 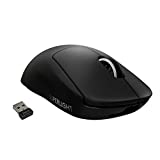 The Logitech G Pro X Superlight is the lightest mouse out there and it comes with programmable buttons, long battery life, and extremely low latency inputs.

MMO players have limited options when it comes to specialized MMO gaming mice, but thankfully, one of them is perfect for the job. The Logitech G600 is a top-tier mouse for people who need to press several different buttons for an MMO and do it quickly. Its set of 12 keys on the side, along with two buttons tucked behind the mouse wheel, make it an excellent choice for this specific use.

The G600 is incredibly useful if you play multiple games that can utilize the numpad on the mouse’s side panel. Even if you don’t find a use for all the programmable buttons, you can stick to a few like you would on another mouse. Unlike other mice, The G600’s buttons won’t wear out or feel too recessed to hit while mid-game, either. Logitech knows exactly what MMO players need.

Aside from the buttons, the Logitech G600 is simply a solid mouse. Its heavy, textured frame makes it feel sturdy to use—although FPS players might want to look elsewhere for a lighter mouse. It also has a good set of DPI options and is low-latency for inputs. Even though it’s called an MMO mouse, this device will handle almost anything you throw at it (even productivity tasks).

Those with small hands might find the Logitech G600’s large size a little cumbersome, but all of the extra buttons maximize the utility of the space. It also has a stiff cable that could interfere with precision movements, so toying with the sensitivity options will be key to dodging AOEs with ease. Thankfully, the mouse can go up to 8,200 DPI, so there’s plenty of room to find the right feel.

The Logitech G600 was made for MMO players with its 20 programmable buttons, low latency inputs, and solid build quality.

FPS players want their mouse to be like an extension of their arm. Nothing matters more in a tense firefight than being able to whip your crosshair over an enemy and eliminate them. The best FPS mouse has to be lightweight, sturdy, and come with a strong set of DPI options to achieve that feel.

The Razer Viper is that mouse. Its ambidextrous design makes it useful for most gamers, and it is packed with the sorts of features you need for competitive FPS play.

Primarily, it is extremely lightweight at just 69g. While not as light as our ultralight mouse recommendation, 69g is still lighter than a lot of other gaming mouse options. Essentially, this allows for you to swiftly track and flick to enemies in FPS games without trying to yank your mouse around like a dog on a leash. The Viper keeps up with you when a lot of other, heavier mice don’t.

Secondly, the Razer Viper has four customizable side buttons as well as incredibly low input latency. Your clicks will register almost instantly, perfect for getting the precise headshot.

A common worry with mice built for constant use like playing FPS games is that they will break over time. Razer is known for using durable optical switches that receive the downward pressure of your mouse clicks. These switches are in the Razer Viper, and they’re rated for a fast response time and won’t wear out for a long time.

The Razer Viper also allows you to crank up the DPI to 16,000 if you want. For most people using low DPI, though, the mouse also has a very low lift-off distance. This trait is important because it means when you lift your mouse off a surface to re-center it, your optical sensor won’t activate and the cursor will maintain its position.

Most mice handle this pretty well, but it’s especially important in shooters where everything happens quickly, so it takes very little lift to move the Viper back into position without messing up your aim.

The Razer Viper does everything you need in an FPS mouse and gets out of the way. If you need a fast, responsive mouse, this is it. 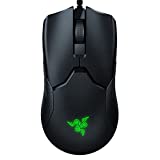 The Razer Viper is perfect for FPS players, bringing with it incredibly low latency inputs, a wide set of DPI options, and low lift-off distance.

The Best Mice of 2021 for Gaming and Productivity 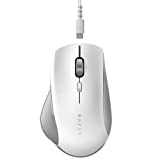 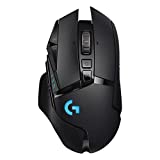 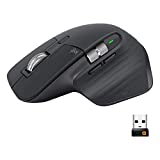 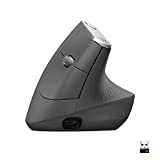 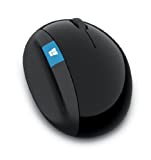