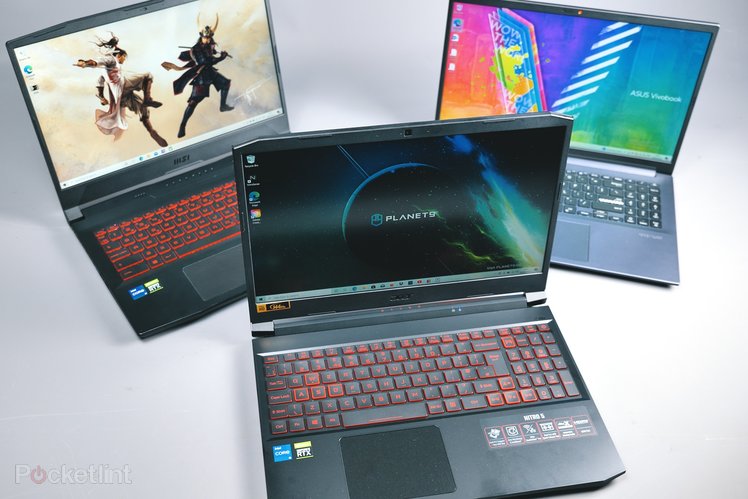 NVIDIA recently commissioned some research as part of their back to school campaign. They asked people who had been students within the last five years their thoughts on their particular laptop choices, and whether or not they were the right choice for their course

Student laptop requirements are higher than ever, with many regretting their purchase as graphic design, programming, video editing and AI student work is increasingly demanding.

Close to half (48%) of those polled admitted to not doing enough research before buying their laptop, while over a third (37%) ended up regretting their choice of hardware

With that in mind, we’re looking at three different laptops at different prices to prove you can have the power you need without spending too much, if you don’t have a huge budget to blow on a notebook. 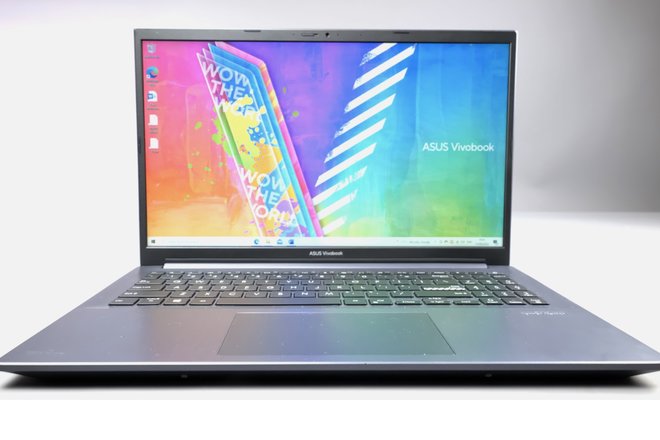 The first one is the Asus Vivobook. It’s a fairly modestly priced laptop that is also modestly specced, when you compare it to some of the other laptops that we feature here.

This device comes with an 11th Gen until i5 processor 256GB of SSD storage has a nice 1080P display the 60 Hz refresh rate. This would likely be fine for a lot of students, but when looking for something that can cope with more visually demanding tasks, it won’t be enough.

That’s where the Vivobook Pro comes in. A similar machine but designed for creators. It has a GeForce RTX 3060 on board, a better more colour accurate screen and a really cool touchpad.

The Vivobook Pro is aimed at creators. With its 15-inch NanoEdge FHD OLED display, and GeForce RTX 3060 with a dual fan cooling system.

The processor in this one is an 11th Gen i7 Intel processor with 16GB RAM and up to 1TB SSD storage. That lift in processing power, the better graphics card and the better display make this far better for the heavy lifting required in video editing and similar creative tasks.

The Vivobook Pro cost a little bit more at £999. But for creators it’s definitely worth the extra investment.

However, if you’re not willing to spend that much money, and you know you need to have the extra performance from the graphics card. There is another way. 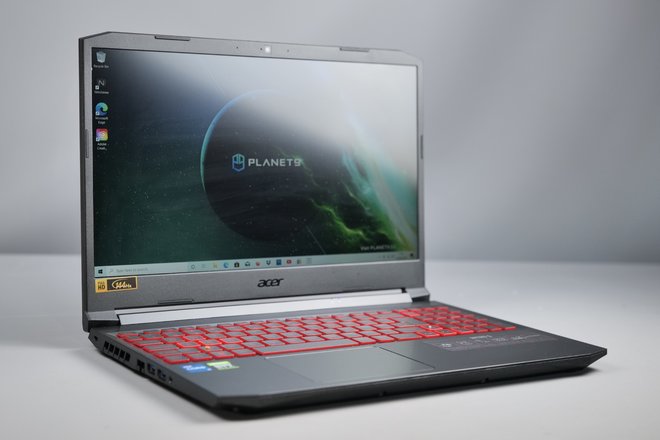 There’s the Acer Nitro 5 with a GeForce RTX 3050. This device costs £699 – considerably cheaper than the Vivobook Pro. This is what is classed as a budget gaming laptop.

That means you technically get similar performance to the more expensive Vivobook Pro, while having a device more geared towards gaming, rather than towards creating.

For example the Acer Nitro 5 comes with a 1080P, 144 Hz display, allowing you to push your gaming frame rates to give you smooth and responsive gaming.

On its own, the laptop itself is already very competitively priced. But bundled in with it you get a free Nitro gaming headset and Nitro gaming mouse. Not to mention some stickers and mouse mat to go with it. It’s a lot of value for the outlay.

This laptop runs on an 11th Gen Intel Core i5 processor, with 16GB of DDR4 ram. The aforementioned NVIDIA GeForce RTX 3050 GPU is loaded with 4GB of memory for its graphic processing too.

This model comes with 512GB of m.2 SSD storage but the motherboard can support up to two m.2 ssd’s and one standard hdd drive. So if you’re happy to tinker, you can expand it further to meet your needs. 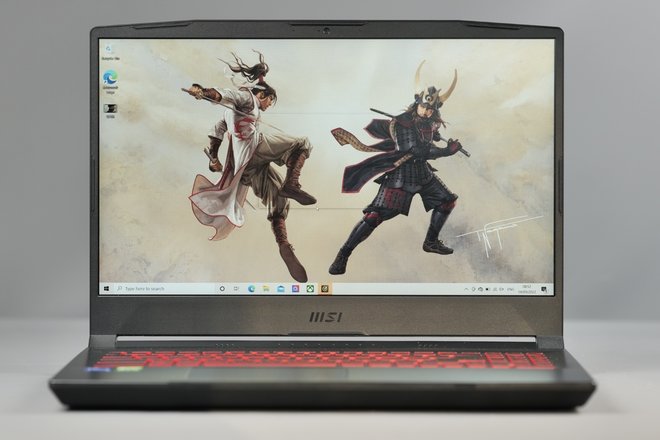 Now, if you want a gaming laptop to also double as a workstation for your studies – and you feel like you need something a little bit more premium – the MSI Katana GF66 with GeForce RTX 3060 is certainly worth a look.

Priced at around £899 this one is still competitively priced and has a little more grunt than the other two, with a 6GB GeForce RTX 3060 on graphics duties.

Now you might think, great! I want as much power as possible. This seems like a no brainer. It’s even cheaper than the Vivobook Pro. But it is worth remembering that gaming laptops are optimised for gaming.

This goes right down to the drivers that are installed to the graphics cards as well. The Vivobook Pro will have a studio graphics drivers installed on its hardware. This will optimise the hardware to work better with creative apps such as Adobe Suite, Blender and so on. While the MSI and the Acer Nitro 5 will have gaming drivers pre-installed onto their hardware.

Admittedly, this isn’t a hard problem to solve as you can just install a studio driver onto a gaming laptop if you needed to, and vice versa. But there are other differences that you might want to consider.

We’ve already talked about the differences in this display. But there are physical differences as well.

The keys on a creator laptop will be orientated or designed in a way to make it more productive. Case in point: the really cool touchpad that we see on the Vivobook Pro.

You would also typically have more useful ports on a creator style laptop. For example we would expect to see a full-sized SD card slot on something like the Vivobook Pro, but would be surprised to see it in a gaming laptop.

Battery life is also something we would expect to be much better on a creator style laptop versus a gaming laptop.

The other big difference between a creator style laptop and a gaming laptop is the way it looks. If you’re not a fan of the gaming aesthetic or you think that the traditional business style laptop is a little bit boring then that will probably be a big influence on what type of device you go for.

So there you go. Three laptops primed and ready for gaming or creative duties that won’t cost you a huge amount of money.