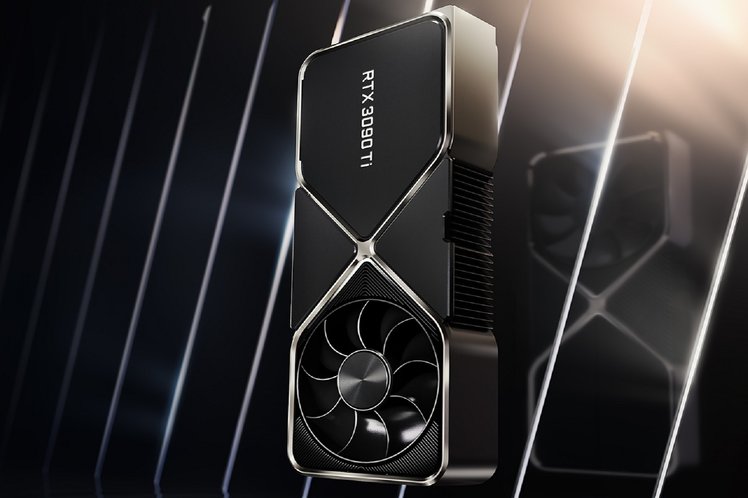 Back at CES 2022, Nvidia teased its latest flagship graphics card, the GeForce RTX 3090 Ti and now that GPU is finally here.

As you’d expect, the RTX 3090 Ti is one superpower of a graphics card: visually the Founders Edition looks roughly the same as the existing RTX 3090, but inside will cram in 24GB GDDR6X RAM, running at 21Gbps.

This graphics card is aimed at “…the most demanding gamers, content creators and data scientists” delivering serious power for the most demanding users. But if you’re a gamer that demands the best then it shouldn’t disappoint there either. Maximum settings on 4K games with ray tracing turned on or 8K visuals with the help of Nvidia’s DLSS tech.

If you are planning on purchasing, you may need a bigger power supply unit though, as the 3090 Ti needs 100 watts more than the 3090 and recommends at least 850 watts with 3x PCIe 8-pin cables or a PCIe Gen 5 cable.

It’s not just the performance and power that’s huge though: the asking price is too. This Founder’s Edition version of this card is set to retail at $1,999, £1,879 and €2,249. Other models will also be available from Nvidia’s partners including ASUS, Colorful, EVGA, Gainward, Galax, Gigabyte, INNO3D, MSI, Palit, PNY and Zotac.