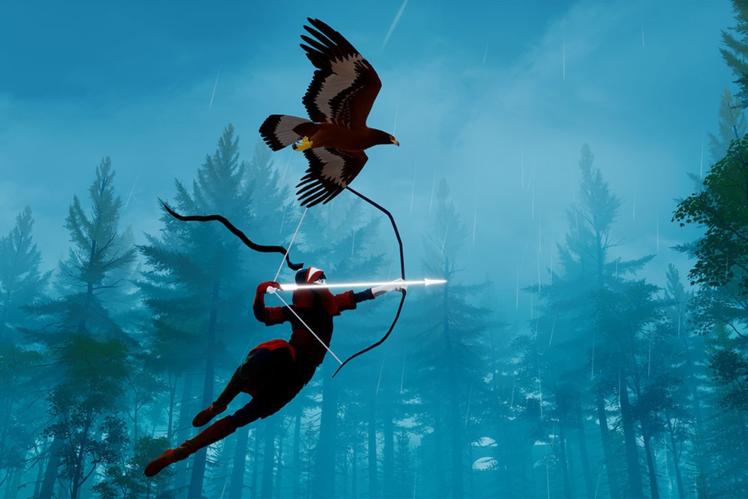 Sometimes all you need for a game to succeed is one great core mechanic – that’s enough, job done. But if you can then sprinkle other impressive elements in there too, all the better.

The Pathless takes this to heart by first getting players to master the act of movement, making it engaging and fun, before building cautiously from there.

It’s beautiful to look at, doesn’t outstay its welcome, and is well worth a look for players on PS5 or PS4 searching out something a little less mainstream to enhance their lives.

Some simple early story text sets the scene for The Pathless: you play a nameless hunter sent to a mystical island to fight back against the Godslayer, a villain who is enslaving the world and the island’s animal deities, so it’s up to you to free them one by one and then take him down.

It’s a structure that’s entirely reminiscent of The Legend of Zelda: Breath of the Wild, or indeed Shadow of the Colossus, but that doesn’t invalidate it, and the story’s beats in The Pathless are nicely sparse. There are plenty of remnant notes and scraps of lore to find if you’re interested in what’s going on, but you can equally play it through with nearly no script to speak of aside from a few cut-scenes.

The real star of the show here is the island itself; a gorgeous playground full of lush forests, sweeping plains and snowy peaks for you to explore, all dotted with huge ruins and gigantic crumbling skeletons, each promising some form of treasure or puzzle.

As you clear each major area of its threat it’ll break out of a furious storm into clear daylight, and that change is all the more rewarding for how beautiful it leaves the landscape looking (to the point where we wonder if it should happen earlier to make sure you get enough time to soak it in without being a completionist). 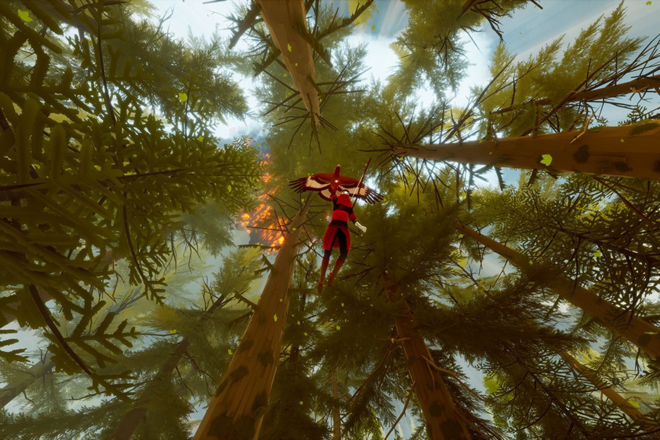 Playing on PlayStation 5 you get the option of native 4K resolution at 30fps for total crispness, but a near-4K checkerboard setting that boosts things to 60fps should be your default choice, for a game that revels in motion as much as The Pathless does. It looks truly wonderful when it’s in full flow.

Getting into full flow, in fact, is very much the name of the game here. The Pathless equips you with a bow that, when fired with the right timing at targets floating around the world, will boost your speed and send you zipping around the world. 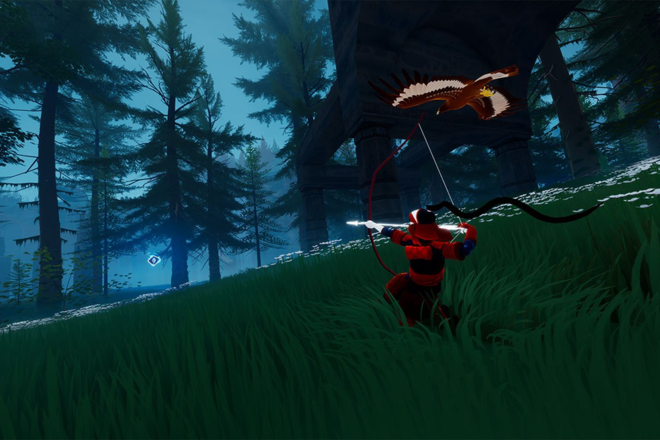 This is augmented by your eagle companion, who can help you glide about while airborne and, as you find more and more secrets, is able to launch you up into the air further and further. This all comes together to create a movement system that’s engaging and rhythmic to play.

It reminds us of the success Insomniac has had with the swinging in its modern Spider-Man games – Miles Morales is something special – and while it isn’t quite as reliable and easy as those games’ traversal, we were never daunted by the prospect of a long journey in The Pathless, which is a mark of success for any open-world game (we baulk at the thought in Red Dead Redemption 2).

These timed bow mechanics also play a major role in the few boss fights that are offered up – although they’re not quite as successful, as timings can be a little more vague and things can feel somewhat forced – delivering moments of real visual spectacle.

The urge to explore

In the normal flow of the game, though, The Pathless makes a point of not guiding you too much. There’s no minimap, for instance, a choice that pays off hugely in our opinion. Instead, you get a spirit vision that lets you see where clusters of objectives might broadly be, the rest is then up to your eyes. 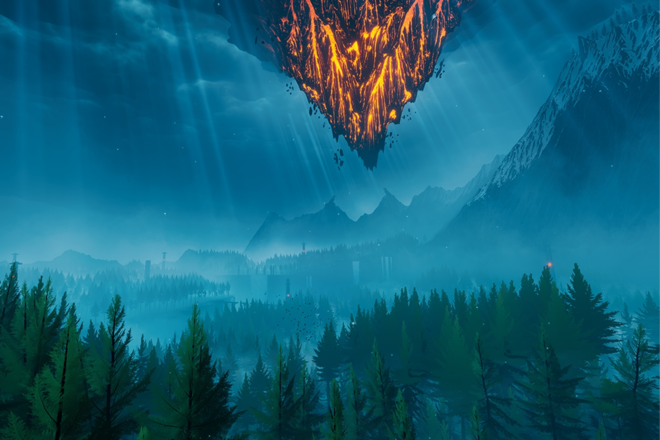 See a distant ruin on a hilltop? Head over to check it out. A campfire burning alone in the middle of a wooded area? Might be something worth finding near it. The skeleton of a mammoth poking over a cliff far above you? There’ll be a way up there.

It sounds simple but it’s marvellous to see this sort of design without hand-holding, and it fuelled us through The Pathless’s modest runtime really effectively, maintaining our interest without bombarding us with icons and quest markers.

It helps that you’ll usually be greeted with a reward, generally with a simple puzzle blocking your way. These puzzles are fun enough, but they do tend to follow one of a few templates, so you’ll have seen them all within a couple of hours. 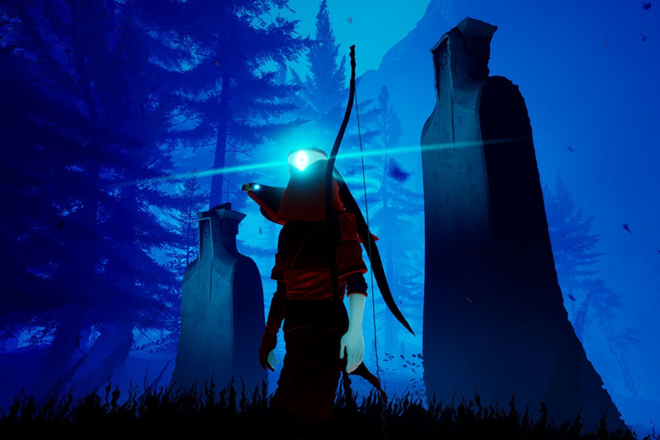 Still, they’re also largely optional since The Pathless sets the bar to progress the main quest nice and low, so you really don’t have to grind them if you don’t fancy it. That same lightness of touch permeates The Pathless, and it’s the better for the restraint.