While Uninterruptible Power Supplies are hardly a new thing in the PC space, the tried-and-true battery backups for desktop PCs have been undergoing a resurgence in popularity in recent years. Improvements in power delivery technology such as GaNs have been reducing costs and improving reliability, and meanwhile lithium-ion batteries, with their much greater energy density/lower volume, are starting to make inroads on the UPS market as well. All the while, with laptops outselling desktops in the consumer PC market, a PC that doesn’t shut itself down during a power outage is becoming the norm, rather than the exception. So what better time is there to take a look at UPSes?

To kick off our inaugural UPS review, we’re starting with a 1500VA unit from BlueWalker. BlueWalker is a company that originates from Germany and specializes on the design and marketing of power-related equipment. The company was founded in 2004, making it one of the oldest household UPS/AVR manufacturers that still exist to this date.

BlueWalker is marketing their retail products under the PowerWalker brand name and has a very wide portfolio of both hardware and software products available. For today’s review, we are taking a look at the PowerWalker VI 1500 CSW, a 1500VA/900W UPS that boasts a true sinewave output.

Given that BlueWalker is a German company, there should be little surprise that the PowerWalker VI is geared towards the European market. The UPS only outputs at a nominal 230V, and similarly, is only designed to accept voltages around that range (sorry, Americans!). Past that, this specific version comes with 2 battery-backed Type F sockets, as well as another two sockets with just surge protection. With 216 Wh of lead-acid battery capacity, it’s rated to run a full load for a few minutes, stretching into the double-digits at a half load or less.

Of particular interest with this UPS is the price: true sinewave units have historically carried a significant price premium, but BlueWalker isn’t charging nearly the same premium as true sinewave UPSes from other major manufacturers, making the PowerWalker VI 1500 CSW a much cheaper UPS – and at around €180, one that’s popular on the market as a result. But can it live up to the same high power delivery expectations without the same wallet-busting price? Let’s find out.

We received the PowerWalker VI 1500 CSW in a relatively simple cardboard box, with the heavy unit well-protected by thick packaging foam pieces. Inside the box, we found a CD with the compatible monitoring software, thorough manuals in several languages, and a USB cable. 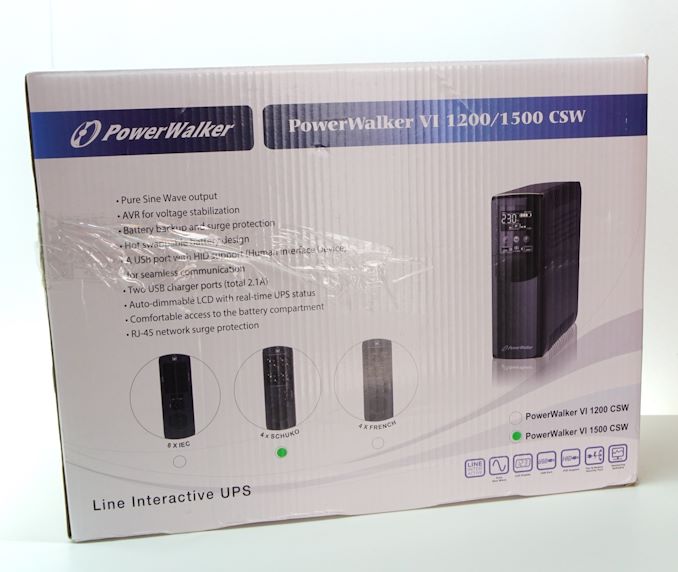 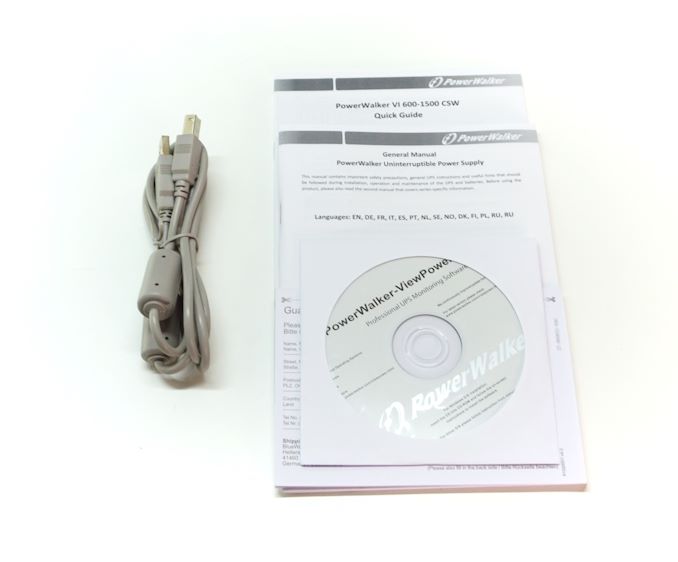 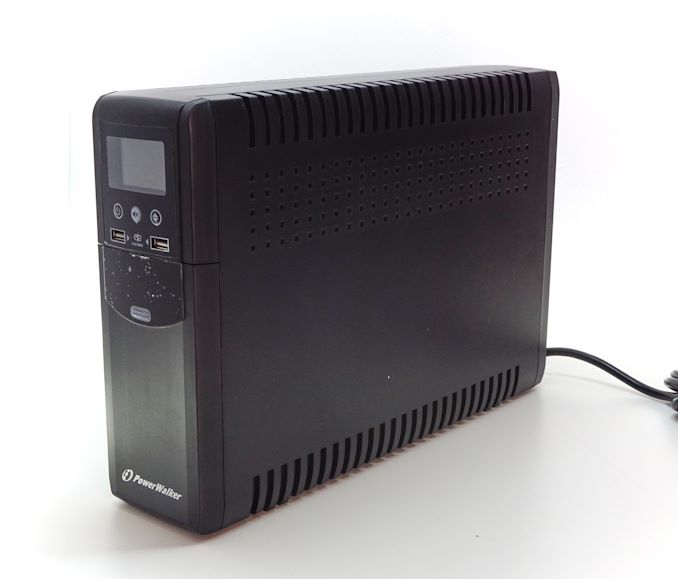 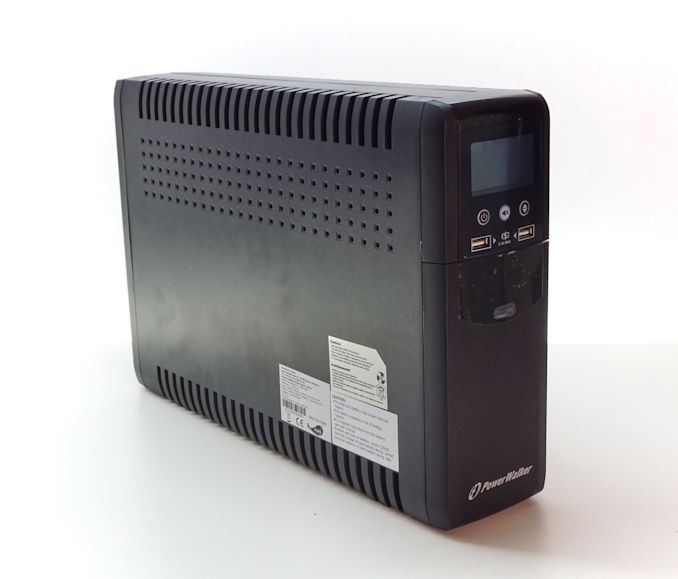 The LCD screen, once turned on, will show the basic electrical figures of the unit, such as the voltage, the load, and the remaining battery time. It stays off most of the time and the user needs to press the power button momentarily in order to turn it on. 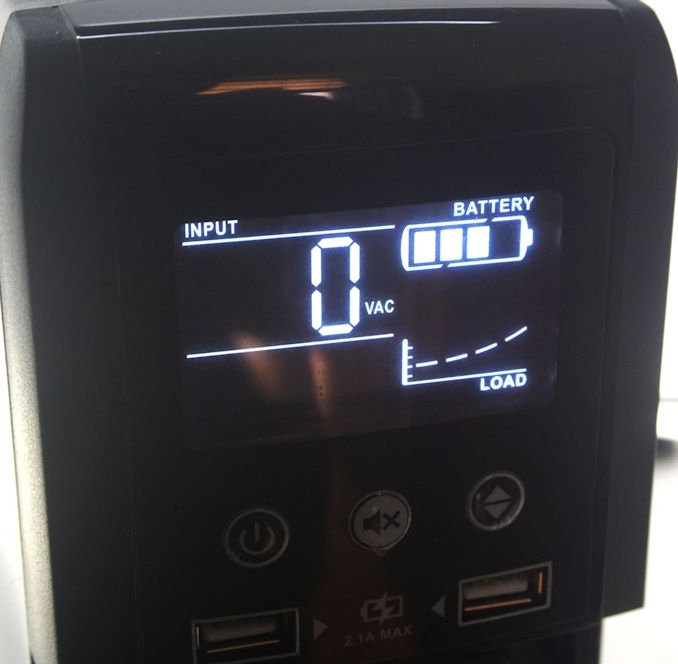 At the rear side of the tower, we find four power sockets. We are testing the version with the four Schuko (Type F) sockets, but BlueWalker also offers this unit with UK and FR sockets, plus a version with eight IEC socket.

Note that only two sockets offer battery backup, as the other two are for surge protection only. In fact, having just two sockets connected to the unit’s battery backup output is an atypically low number of powered sockets for a 1500VA UPS, as we usually see more. 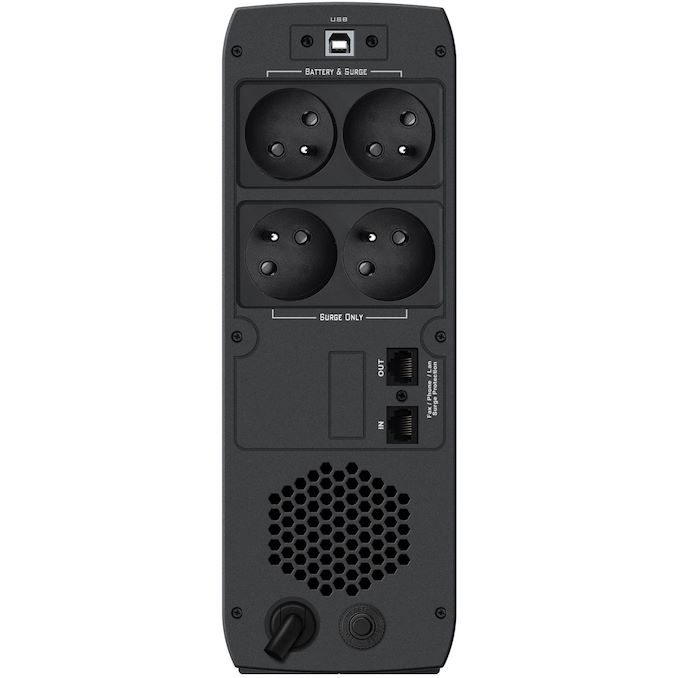 Along with power protection, there is also a non-destructive circuit breaker and an Ethernet surge protection path (input-output jacks) available with the PowerWalker. Finally, there is a fan that will only turn on when the unit is running on batteries, charging its batteries, or in auto voltage regulation (AVR) mode. The AVR mode essentially has the unit running on grid power but forces the AVR circuit to operate, which may be useful in some situations where the power grid is energized, but very unreliable. 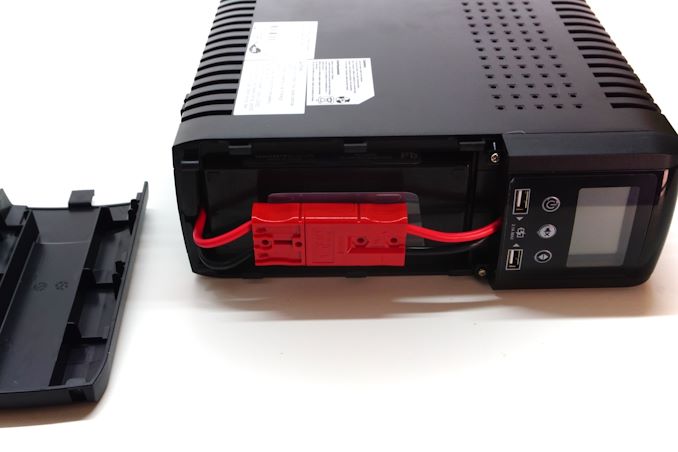 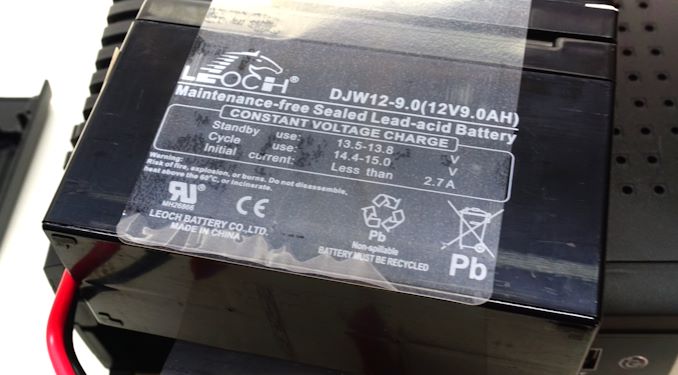 More than half of the front fascia is a door that must be removed in order to access the battery compartment. It is held in place by two small screws at the bottom side of the unit. Once removed, a very large connector can be seen that connects the batteries to the main unit. This needs to be unplugged in order to remove the batteries. If the batteries need to be replaced, the wiring must be unplugged and transferred to the new batteries. We found two Leoch 12V 9Ah batteries in the unit, connected in series (24V 9Ah output). Leoch is a Chinese manufacturer of batteries that is amongst the largest on the planet and whose products are considered to be of fairly good quality. 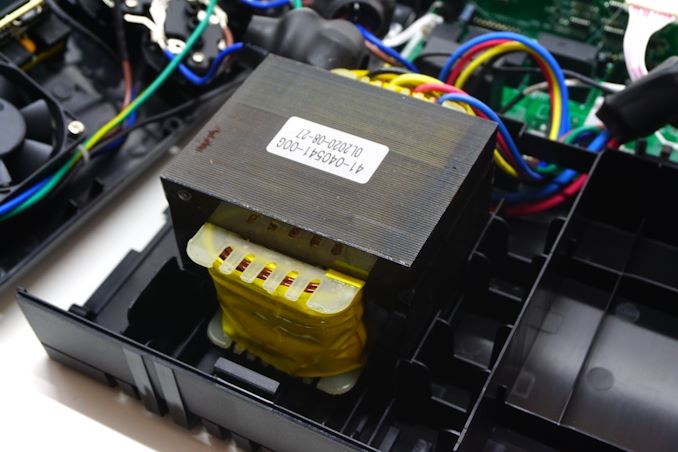 Cracking open the unit’s body, we can see the unit’s large transformer and circuitry. The transformer actually is not very large for the 1500 VA unit and the amount of cooling it receives from the fan is fairly low. This will not be a problem for the stock unit, where the batteries will likely last just a few minutes, as there will not be enough time for the transformer to overheat. Modifying the unit’s batteries to increase its autonomy in any way without greatly upgrading its cooling capabilities would be, however, nothing short of suicidal. 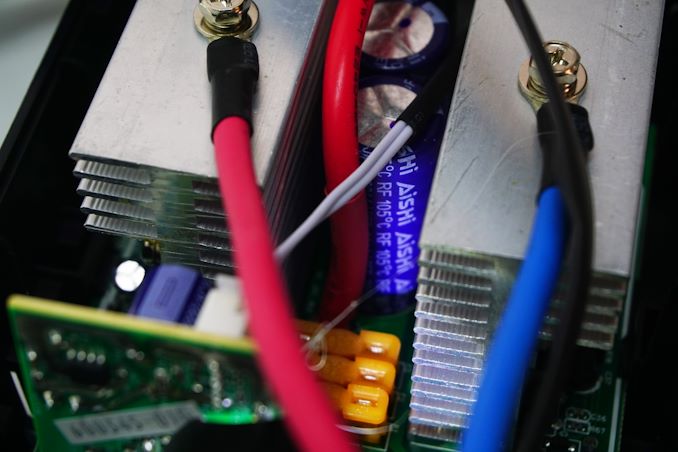 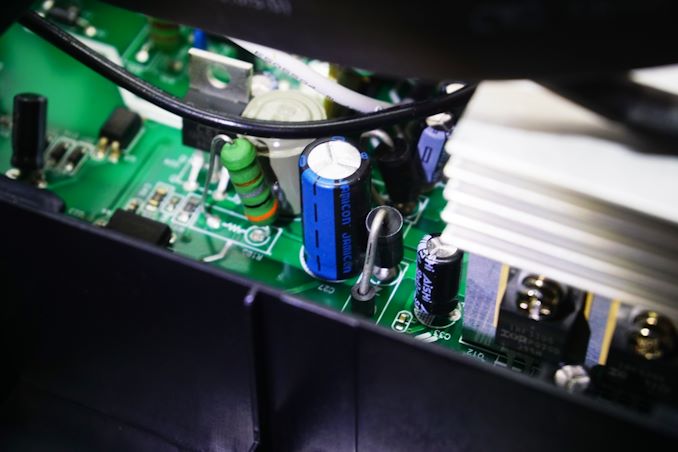 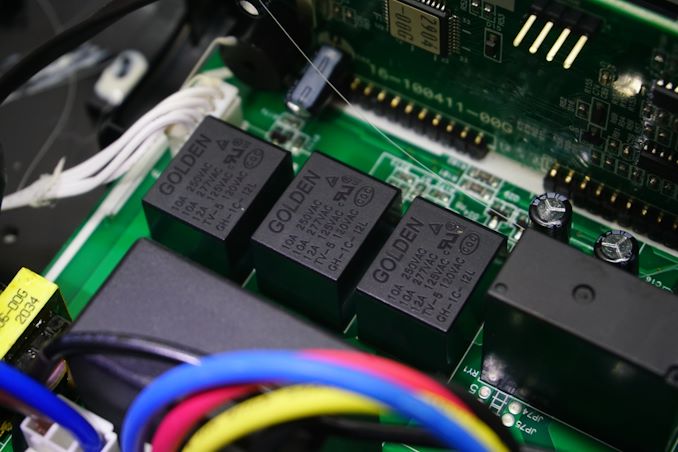 The power circuitry left us with mixed feelings. The relays are supplied by Golden Relays, a reputable manufacturer, yet the capacitors are supplied by Aishi and Jamicon, suppliers that are considered to be mediocre. Eight IRF3205 MOSFETs generate the output when the unit switches to its batteries, MOSFETs that are proven to be reliable but, having been released well over two decades ago, are nowadays very cheap and their performance is relatively poor compared to more modern MOSFETs. The workmanship is very good but the circuitry layout is fairly outdated.