The Sony PlayStation 5 comes with a brand new controller called the DualSense, which features a fresh design and improved haptics. In our short period of testing both the console and the controller, we actually found the controller to be quite impressive, barring the fact that its full potential is only limited to a few PS5 titles. The glory of the DualSense seems to be short-lived though as we are now reading reports of users complaining about joystick drift.

We have seen this notorious issue before, specifically on the Nintendo Switch’s JoyCon controllers, but in this case, the matter has gone to a whole new level. According to IGN, a US law firm has sued Sony with a class-action lawsuit claiming that the PlayStation 5 DualSense controllers are defective due to the drift and calling Sony’s conduct, “fraudulent, deceptive, unlawful, and unfair.”

If you don’t know what controller or joystick drift is, it is a defect where the console detects movement on one or both of the analog sticks on your controller even when you are not touching them. To understand more about this issue, iFixit has published a detailed analysis of the controller by doing a teardown and looking into the various components sitting inside.

According to the analysis, the joystick modules are manufactured by a Japanese company called Alps (formerly Alps Electric, now Alps Alpine) that specializes in input and sensing devices. These are not unique to the DualSense controller as iFixit claims it is the same hardware that is being used on almost every popular controller including the DualShock 4, Xbox One controller, Nintendo Switch Pro controller, and even the new Xbox One Elite controller. 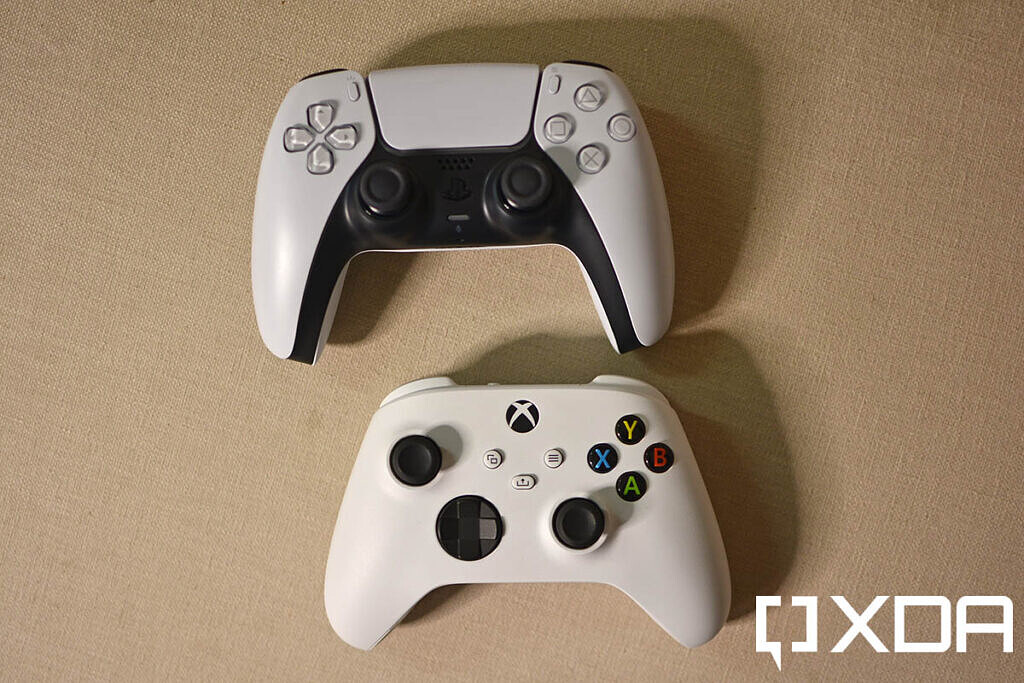 Having said that, the real problem (possibly) lies within a smaller component called a potentiometer. Each joystick has two of these: one to sense up/down movement, while the other senses left/right. The way a potentiometer works is that a strip of material with a known uniform resistance value is taken with a terminal at each end to apply a known voltage across the entire strip. A third terminal called a wiper is added that slides back and forth along the strip. Based on the wiper’s location, the voltage reading at the wiper changes. The wiper on the potentiometer that is being used on the DualSense controller works the same way except instead of moving in a straight line it swipes around a semicircular track made of printed carbon film. The movement of the joystick rotates two little shafts each connected to a wiper. The position of the wipers is translated into voltage values, which are then read by the controller to determine the joystick’s position and movement. Apart from these, the joysticks also include a spring that brings back the sticks to their original centered position and a push-in button that most controllers offer on their joysticks. 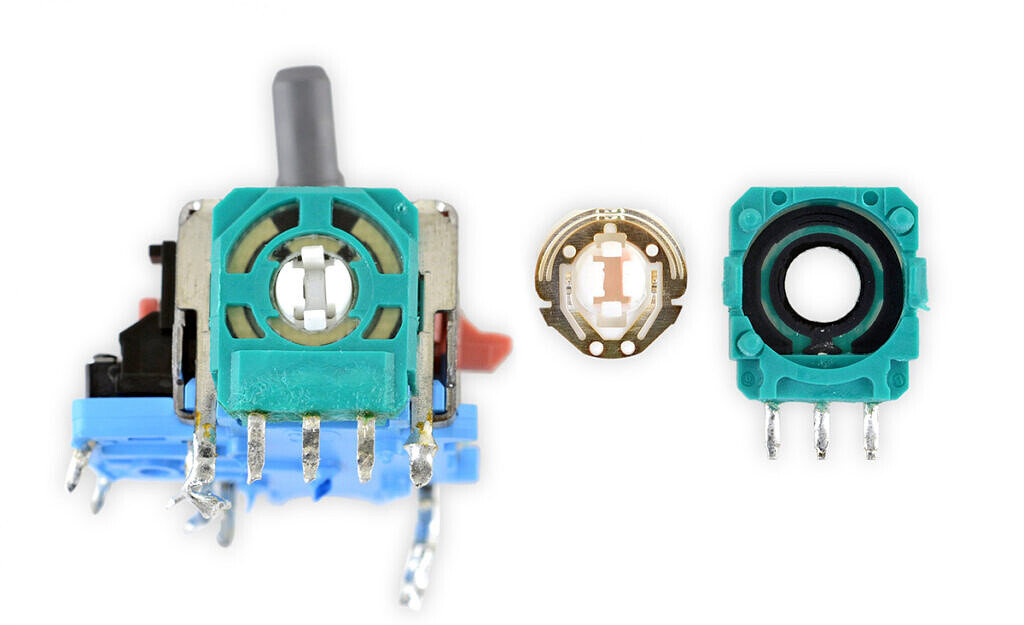 There are various reasons why these joysticks exhibit a ‘drifting’ behavior. First of all, iFixit says that the suggested life cycle of the potentiometers is not up to the mark. The Alps’ spec sheet for the RKJXV series, a ThumbPointer (Stick Controller) made for gaming purposes suggests an operating life of 2,000,000 cycles. Apparently, variants of this model number are listed alongside many PlayStation, Xbox, and Switch Pro Controller joystick replacements. An engineer at iFixit went ahead to calculate the controller interactions by testing Call of Duty: Modern Warfare (2019) with ten different 30-second intervals, noting that about 100 full potentiometer rotations per minute were made. If you don’t play a first-person shooter as intense as COD, you would still average down to 80 full rotations times per minute, which is about 2,000,000 rotations in 25,000 minutes, which comes down to only 209 days playing a conservative 2 hours per day. If you crank it up a notch with 120 rotations per minute, that would come down to 139 days at 2 hours per day. This hypothetically means that Alps is rating its joystick with a life of just 4-7 months. While these numbers don’t really mean that every single joystick on a DualSense controller would start drifting, it could be a potential factor for failure.

There are a number of other factors that may or may not lead to joystick drift as listed by iFixit. One of them could be the wear to the potentiometers as the wiper scrubbing against the resistive pad creates imperfections, thereby bringing changes in the voltage readings across the terminals. Another reason could be spring fatigue where the self-centering mechanism can stretch over time creating a new central point. In this situation, the potentiometers continue to accurately read the relative position of the joystick, but the position itself is not correct. Other potential factors for joystick drift could be material stretching over time and of course contamination due to dust, grime, and moisture.

Either way, it’s best to ground your expectations and figure in some repairs or even a replacement in your budget, just in case you need one in a few months. If you are planning to get your hands on the new PlayStation 5, make sure you go through our restock guide.

The post The PS5 DualSense Controller joystick has a drifting problem, and apparently it’ll only get worse appeared first on xda-developers.