Razer is a brand that’s best known for its gaming-focused computer hardware, but they’ve been steadily branching out into selling other kinds of consumer technology that appeal to gamers, including audio accessories. They’re certainly no stranger to audio accessories, having already launched the Hammerhead True Wireless Earbuds, wired Kraken Gaming Headset, and wireless Adaro headphones. Now, the company is launching a new audio accessory: the Razer Opus. The Opus is Razer’s first lifestyle headphones, meaning they’re aimed at general consumers rather than just gamers. They’re a pair of over-ear Bluetooth wireless headphones with Active Noise Cancelling, THX Certification, and long-lasting battery life.

While the Razer Opus carries the Razer and THX text logos on the outside, the overall design is rather muted. Razer’s triple-headed snake logo is nowhere to be found, and overall, the headphones look like any other set of over-ear wireless headphones. The headphones are circumaural, meaning the cups are large enough to cover your entire ear. This is to provide a seal between your ears and outside noise as much as possible—in other words, passive noise cancellation. The headphones also have 4 microphones dedicated to active noise cancellation.

Razer says the Opus is designed for comfort in two ways. The headband has plush leatherette padding and the cups have memory foam padding that, together, clamp over your head and ears with a snug clamping force. Furthermore, the headphones overall weigh only 265g.

Once the headphones are over your ear, you can control media playback with the three buttons on the right cup. These three buttons are a volume down button, volume up button, and a multi-function button in-between the volume buttons. The multi-function button pauses or plays media with a single tap, skips to the next track with a double-tap, returns to the previous track with a triple tap, and with a long-press, launches the default assistant or answers an incoming phone call. On the left cup, you’ll find the power button (that doubles as the pairing button if held down when turning them on), LED status indicator, noise cancellation button, 3.5mm headphone port, and USB Type-C charging port. 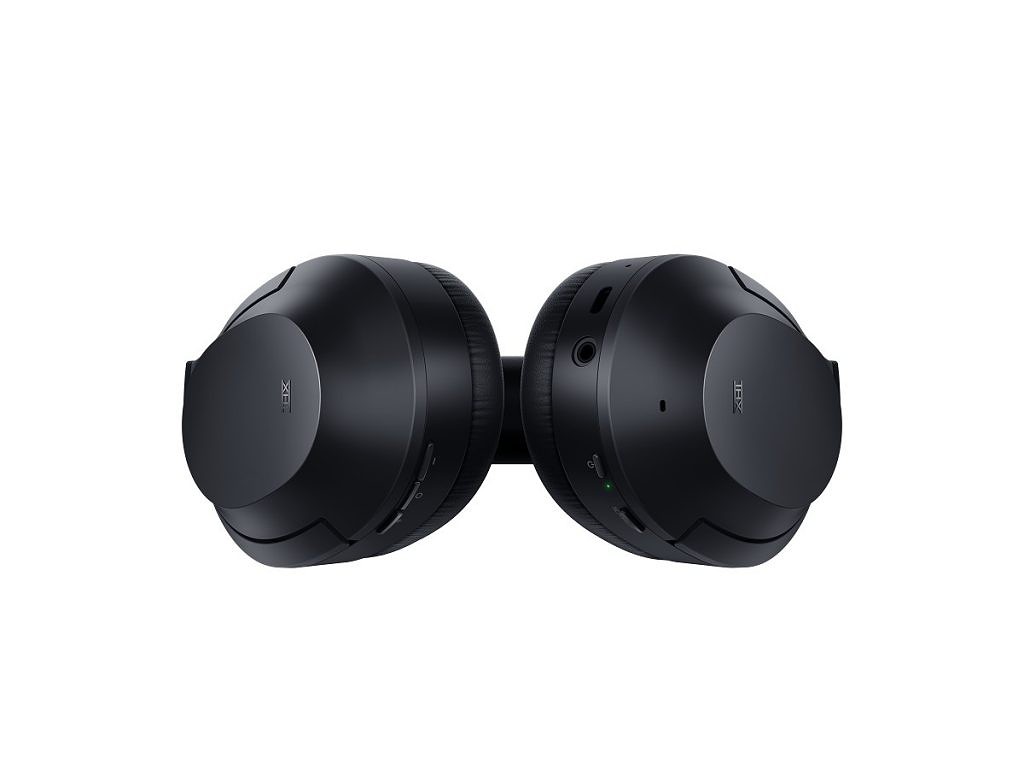 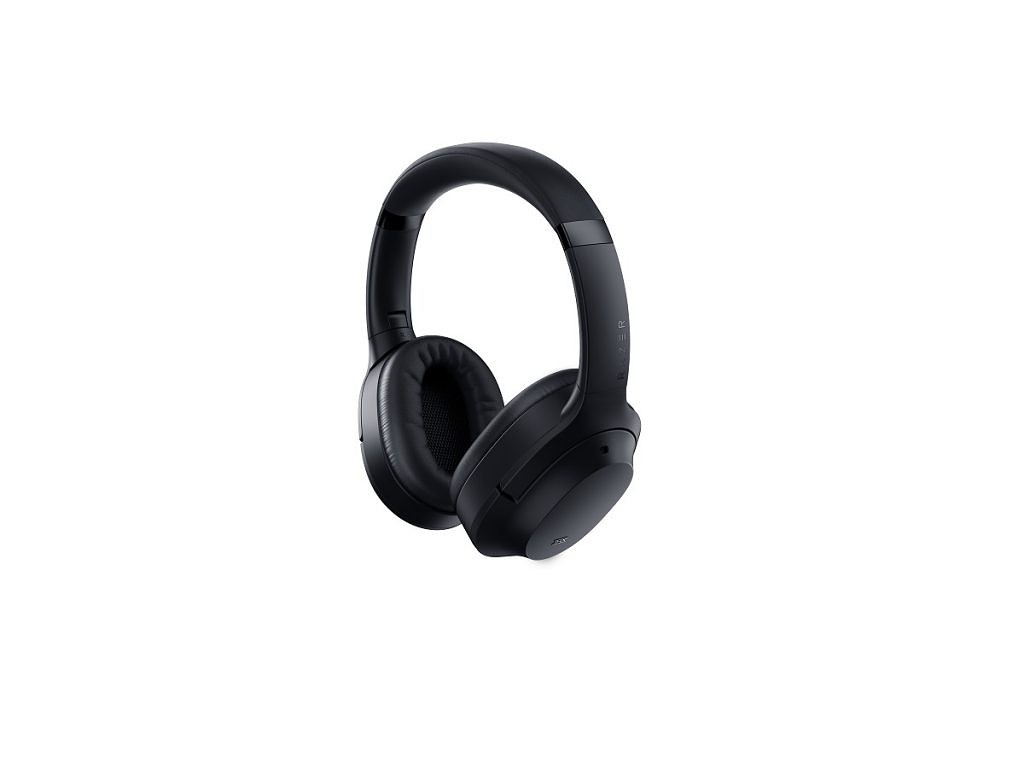 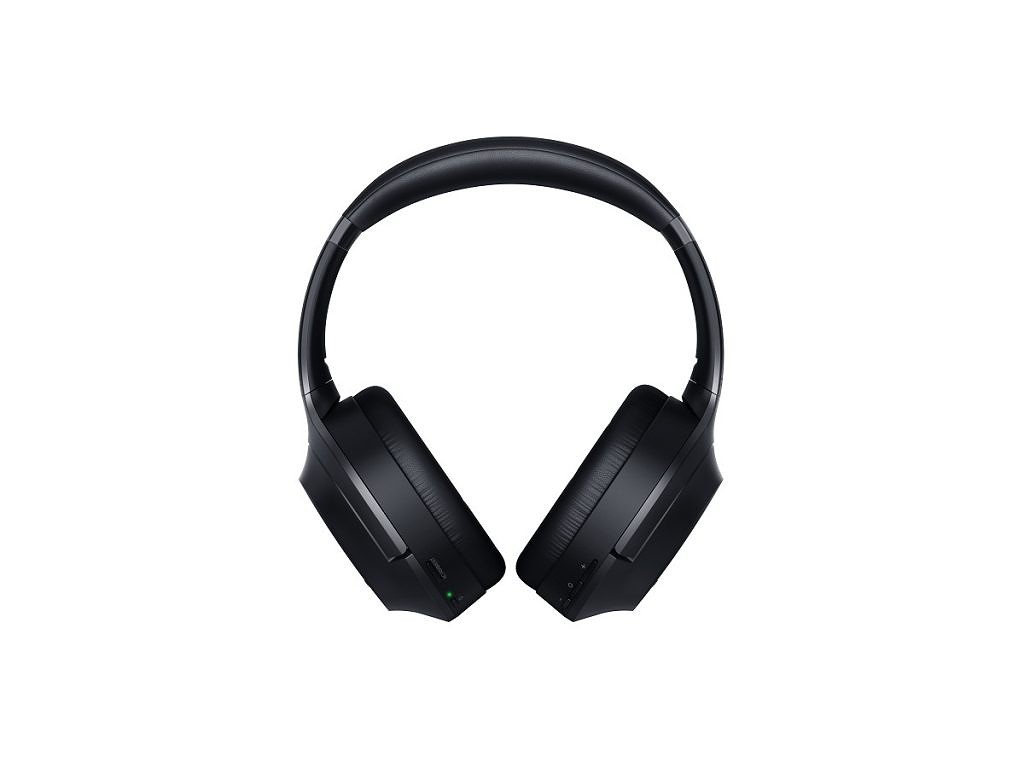 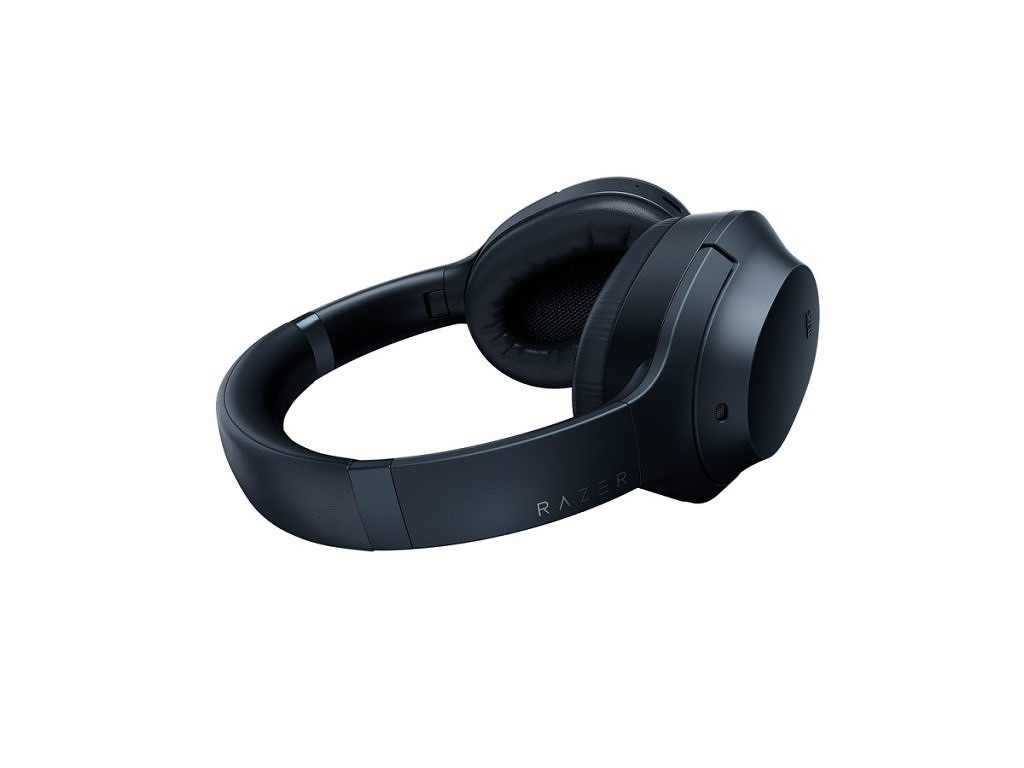 Here’s a diagram provided by Razer that points out each of the components: 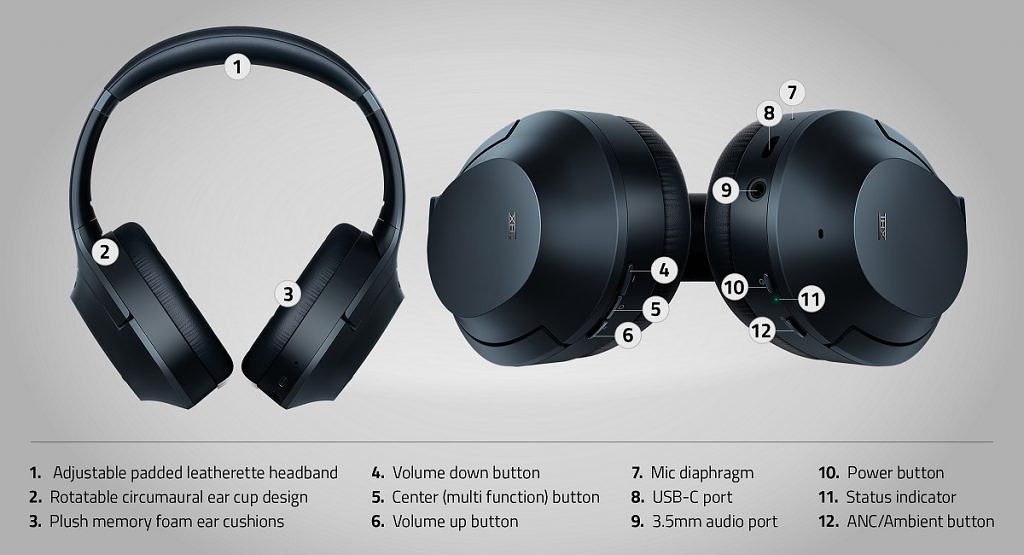 And here’s a render of the carrying case that comes with the Razer Opus: 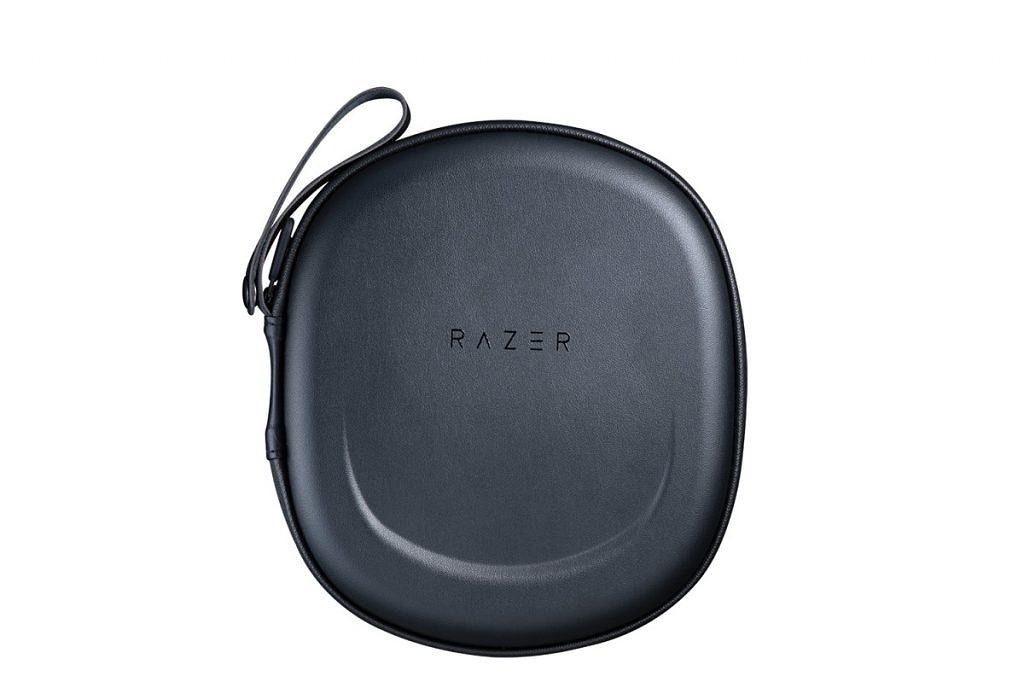 Razer touts that its new Opus headphones have been certified by THX. According to THX, their headphone certification process involves 3 steps: Prototype development, testing to measure individual drivers, microphones, and other components to make improvements to the equalizer or DSP, and then subjective testing with a pass/fail assessment. When testing, THX certified that the Razer Opus produces clear vocal and dialog audio, does not distort the audio at high volumes, and provides superior noise isolation.

The Opus isn’t Razer’s first audio product with THX Certification, since the brand’s Nommo Pro speaker system released in 2018 also featured this certification. THX has a long history in setting standards for high-fidelity audio, but we can’t overlook the fact that the current company and all of its IP were acquired by Razer in 2016. Razer says that their main gaming unit and THX operate independently, though, and there are other audio products out there that receive THX Certification.

Driving the audio are two 40mm drivers with a frequency response between 20Hz and 20kHz. The Razer Opus supports Bluetooth 4.2 with AAC and Qualcomm aptX as the supported Bluetooth audio codecs. Audio can be tuned through multiple EQ presets available in the Razer Opus mobile app downloadable from the Google Play Store or Apple App Store. The app also allows users to toggle the auto-pause/autoplay feature and change the delay for when the headphones automatically power off when no device is connected.

Like other premium over-ear wireless headphones, the Razer Opus uses multiple microphones (4) for active noise canceling (ANC). The Opus has two internal feedback microphones and two external feedforward microphones for hybrid ANC. Users can toggle hybrid ANC on or off by pressing the NC/Ambient button on the left cup, but Razer has also added a “Quick Attention Mode” to let users temporarily disable ANC so they can hear their surroundings. Quick Attention Mode is activated by pressing and holding the NC/Ambient button. The Razer Opus also features an auto-pause/autoplay feature that detects when you remove the headphones and subsequently pauses music and detects when you put the headphones back on and subsequently resumes music. 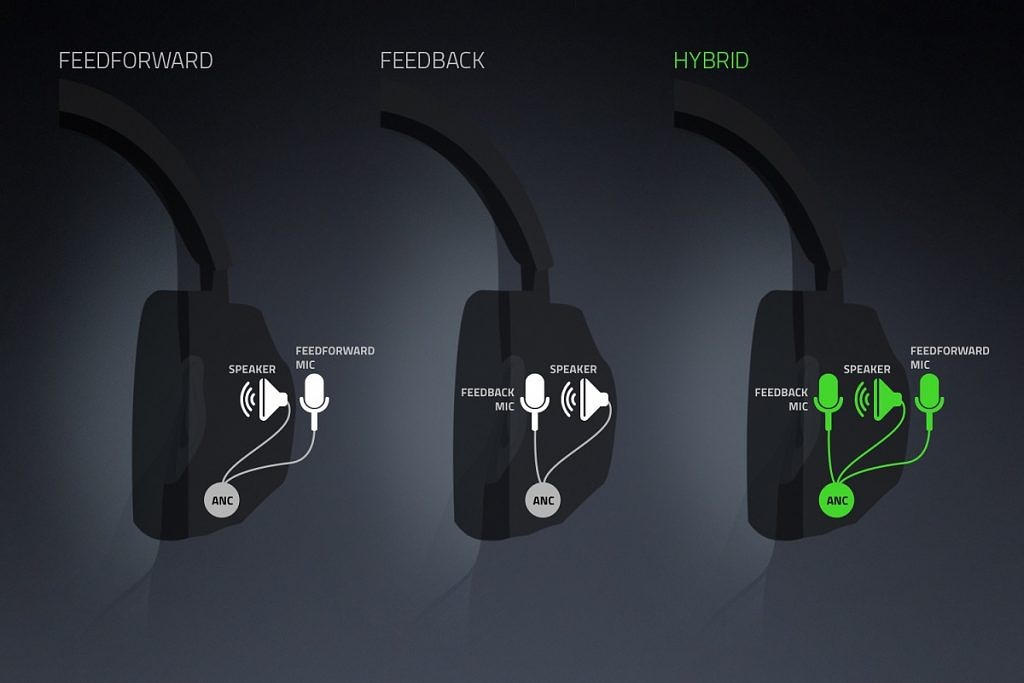 Razer says the Opus headphones last up to 25 hours on a single charge with music playing and ANC enabled. The Opus can fully charge in about 4 hours using a USB-C charging cable—Razer does not provide a charging brick, though they do provide a USB-C to USB-C cable in the box.

The Razer Opus retails for $199.99 USD/€209.99 and will be available through Razer.com, Razer stores, Amazon.com, and other authorized online retailers throughout North America, Europe, China, and Asia Pacific starting today.