You may be familiar with Roku’s streaming sticks, set-top boxes, and soundbars. You might even own a smart TV with the Roku OS installed. If so, you may also be aware of the company’s Roku Channel, which offers a selection of its own free library of movies and TV shows for those devices. However, what you may not know is that The Roku Channel is available on other devices as well.

So what is The Roku Channel? We will tell you everything you need to know about the service, and why it’s a growing option for people looking to watch movies and TV shows for free. It even has a small but growing list of exclusive and “original” content that you can’t watch anywhere else. You can check out The Roku Channel right now at the link below.

Check out The Roku Channel

What is The Roku Channel? 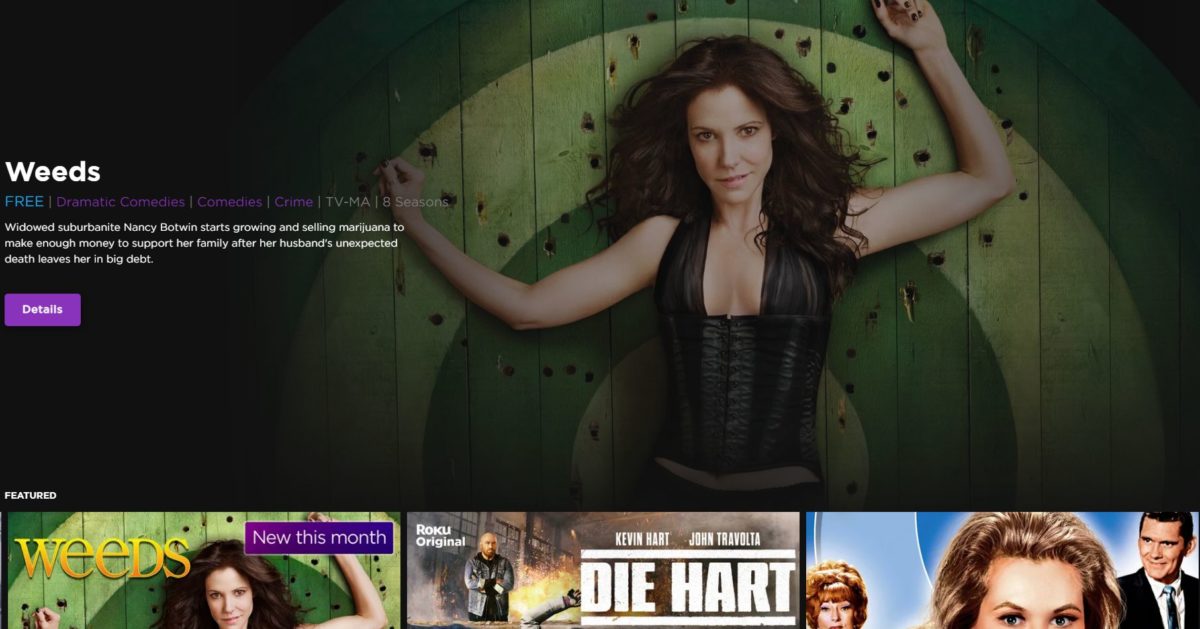 Launched in 2017, The Roku Channel started out as a way for Roku device and smart TV owners to watch free movies and TV shows on-demand without having to use another free streaming service like Pluto TV, Tubi, and others. Later, it started offering live streaming news and content, as well as a way to subscribe to premium streaming services. In 2021, the company launched Roku Originals, which offers exclusive content that is not available to stream anywhere else.

Is The Roku Channel worth it?

If you own a Roku device or smart TV, then the answer is definitely “yes”. Since it’s free, you should find something to watch on the service. Plus, since the company is making an aggressive move into original and exclusive content, you might find your next favorite TV show or movie on the service in the future.

You will have to watch commercials occasionally while watching The Roku Channel’s library of movies, TV shows, and Originals.

Are there commercials on this free service?

Where can I watch The Roku Channel?

At the moment, the service is only available in the US, the UK, and Canada.

What platforms support the service? 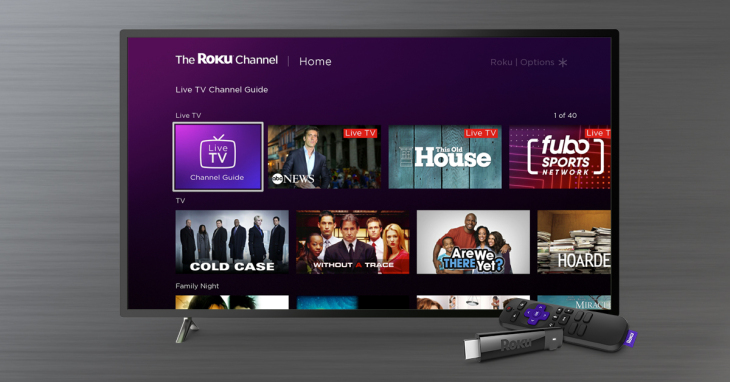 The Roku Channel interface and features

The service’s interface is similar to the UI that’s available on Roku streaming devices and smart TVs. You can use the search bar to find a specific TV show and movie, or you can browse through content categories, including Roku Originals. You can also do the same for the service’s live TV channels, or you can access a program guide that’s similar to one found on a cable TV channel UI. In addition, you can sign up for premium streaming services within The Roku Channel. This has the advantage of allowing users to sign up for such services under one Roku bill. 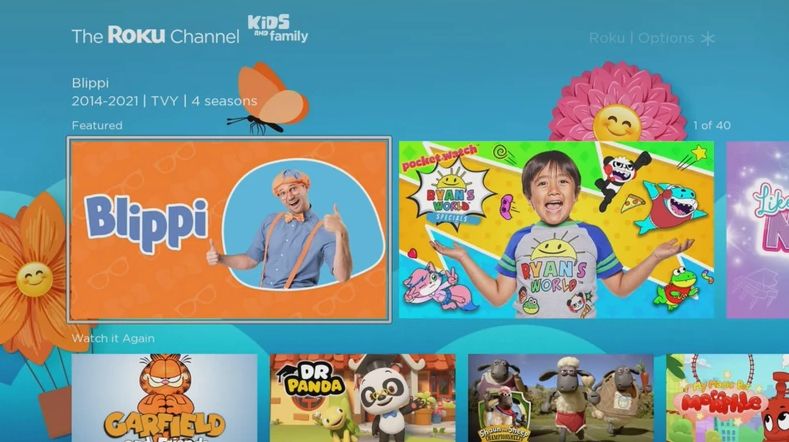 The Roku Channel also has a special section, Kids and Family, that is dedicated to streaming movies, TV shows, live shows, and short video content just for children and their parents to watch. You can also add premium channels dedicated to children’s programming and they will show up in the Kids and Family section.

In addition, there are Roku Channel parental controls that you can take advantage of if you are a parent and don’t want your kids to access the more mature content on the service. You can set up a four-digit PIN that will keep kids from watching content outside of certain ratings. You can set up the ratings to only allow access to Roku Channel content rated for Little Kids through to Young Kids or Teens.

Keep in mind that the PIN feature only works within The Roku Channel. It does not keep someone from watching another service on your streaming device or smart TV that might have more mature content.

The Roku Channel allows users to watch thousands of movies and shows on demand. As with other free streaming services, the selection of movies tends to vary wildly from month to month. If you see a movie you want to watch, you might want to check it out before it leaves the service.

The Roku Channel allows users to watch thousands of movies and shows on demand.

However, the selection of TV shows you can watch on the service tends to be more stable. Here’s a look at just some of the shows you can currently stream on The Roku Channel.

As mentioned, the service also has 24/7 streaming channels similar to Pluto TV. Many of them are live news shows, while others offer streaming movies and TV shows in a variety of categories. There are currently over 150 channels to browse. Here are some of the channels you can access:

You can sign up for a number of premium streaming services within The Roku Channel. Often, the service offers special deals for new subscribers, with either extended free trials or cheap first-month access. In addition, you can enjoy live streaming access to some premium channels in the Live TV section. Here are just some of the premium channels you can access.

In 2021, Roku started offering exclusive content on The Roku Channel, including acquired movies and TV shows. It is slowly adding all of the content that was previously available on the failed Quibi service.

Quibi: Rising from the dead on The Roku Channel 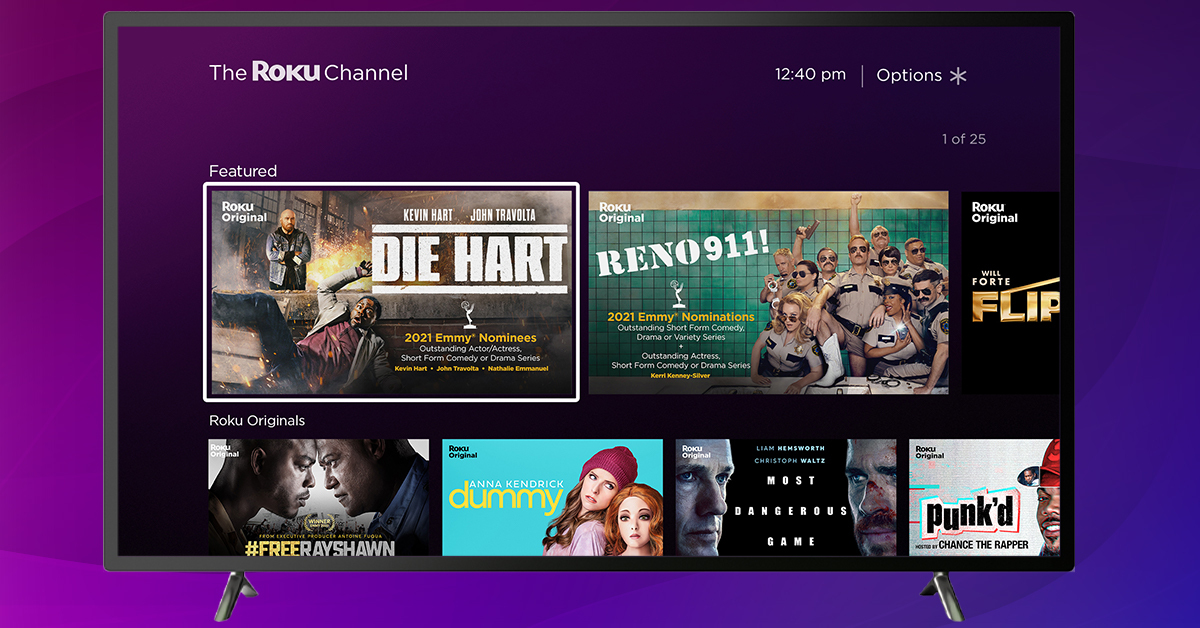 In 2020, after raising over $1 billion, Quibi launched on iOS and Android. The idea behind the premium streaming service was to offer short-form TV shows, with episodes that were never over 10 minutes in length for people who wanted to watch premium shows on the go. The service was quickly mocked, and the audience never materialized. Only a few months after it launched, Quibi announced it was shutting down by the end of 2020.

Read more: What is Quibi?

Here’s a look at some of the former Quibi shows that you can now watch on The Roku Channel. Many of these shows were nominated in 2020 and 2021 for Emmy awards in the short-form categories:

In addition to the Quibi shows that were previously released before the service’s shutdown, Roku plans to add more shows that were completed for Quibi but were never streamed on the service. This includes the upcoming talk show hosted by pop music artist Demi Levato. Also, at least one former Quibi show, Die Hart, will get a second season, which will make it a true Roku Originals exclusive.

In addition to the acquired content from Quibi, Roku has acquired a number of independent movies and shows that will only be shown on The Roku Channel. This includes the thriller movies Don’t Sell A Soul, Echo Boomers, and the TV spy series Cypher. The service also has a weekly Roku Recommends show, with host Maria Menounos offering ideas of what to watch on the service, from new shows and movies to library selections. It also recently launched The Show Next Door, a six-episode comedy talk show hosted by actor Randall Park.

Roku recently announced it had acquired the company behind the highly popular and long-running home improvement series This Old House. While the show has been a mainstay of PBS for 40 years, it’s likely that future seasons will become Roku Originals.

The Roku Channel is just one of many free ad-supported streaming services you can watch. Here’s a look at some other sources for free streaming movies and TV shows. 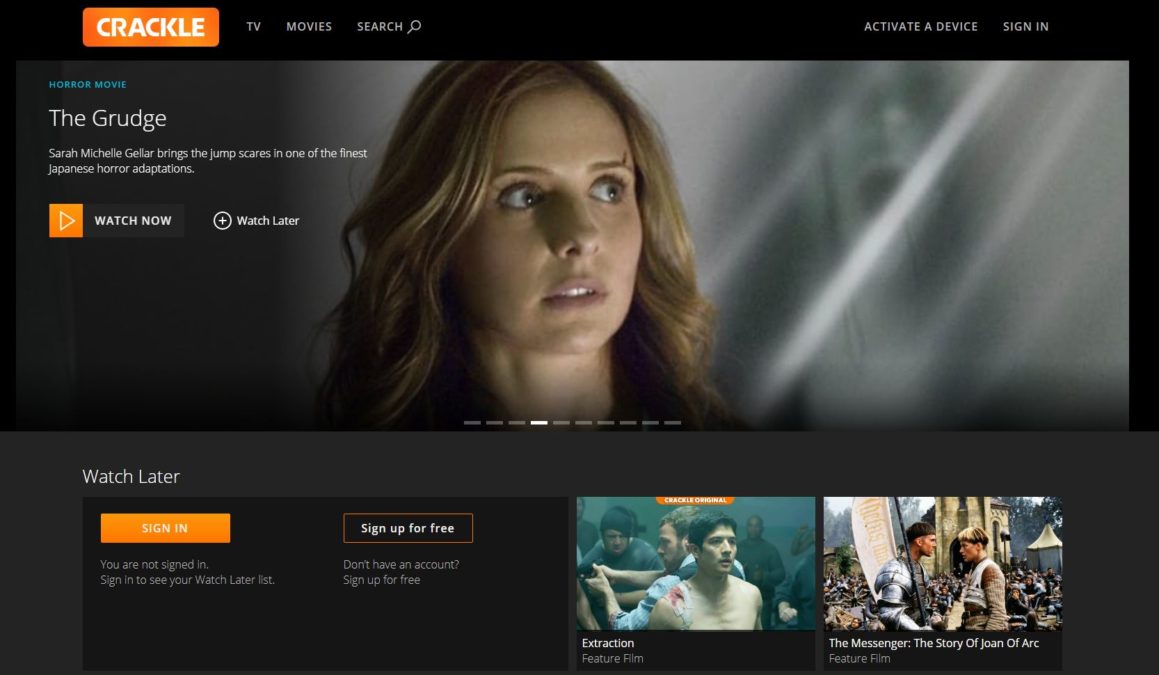 One of the oldest of the free streaming services, Crackle not only has a solid amount of movies and TV shows to watch for free, but it also has a number of exclusive original films and series to stream as well. It also offers some extra features if you sign up for a free account, including parental controls. 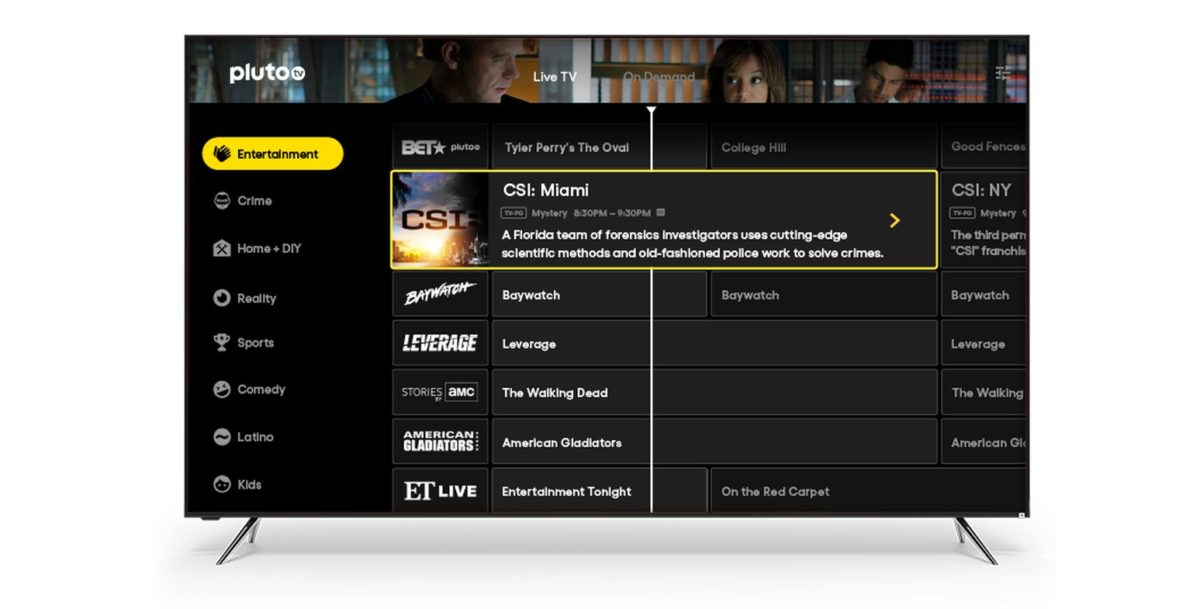 Pluto TV not only offers on-demand access to thousands of TV shows and movies but also offers hundreds of “channels” that stream content 24/7. You can watch live news, movies in a number of different categories, TV shows like Star Trek, and lots of other shows, including kids and Spanish language channels. 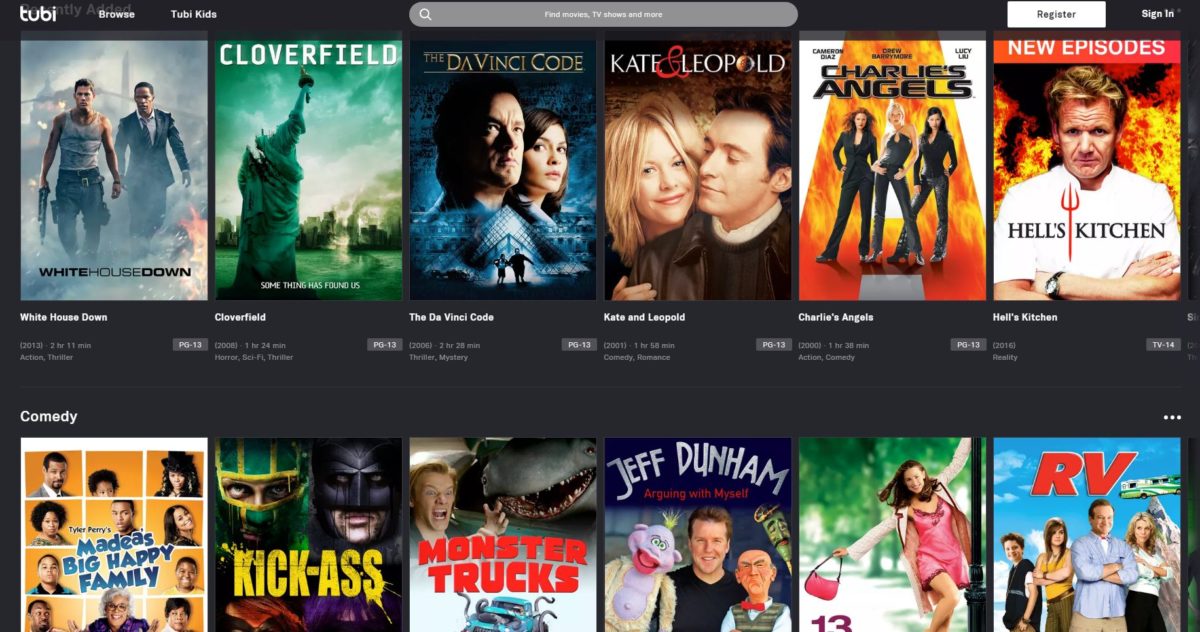 Like The Roku Channel, Tubi TV offers plenty of new and classic shows and movies to stream on-demand. It also has a lot of live news, including local US news channels from cities all over the country. Tubi TV is slowly adding a few original movies and content, too.

This free streaming service comes from Amazon, which has its own premium streaming service, Amazon Prime Video. However, you can still watch great recent films and TV shows on IMDb TV for free. Like The Roku Channel, it’s also adding increasingly adding exclusive content, such as the TV shows Alex Rider, and the recently launched Leverage: Redemption. 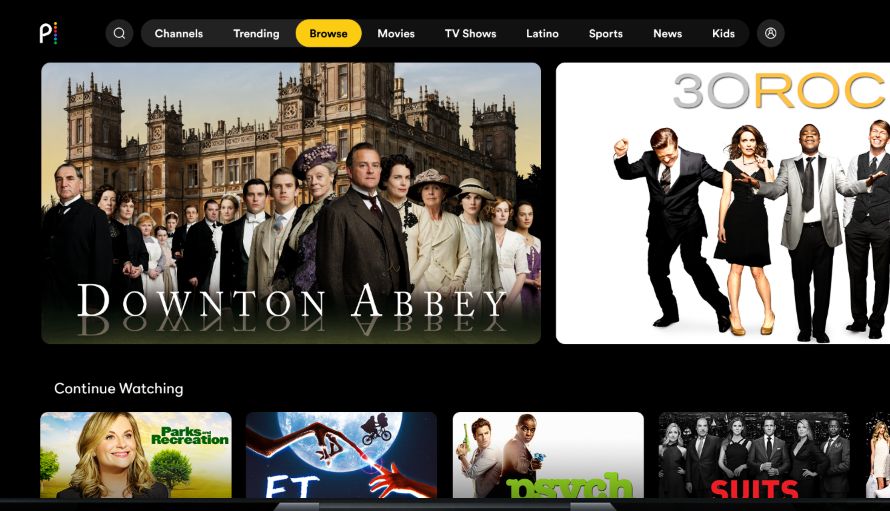 NBCUniversal’s recently launched Peacock streaming service lets you watch thousands of movies and television shows for free. It also has channels that stream content including live news and more. Unlike The Roku Channel, there are also paid subscription plans for Peacock. For $4.99 a month, you can access even more movies and shows. You can also pay $9.99 a month to enjoy the service ad-free.

Q: Does The Roku Channel offer streams in 4K?

A: The service does offer a selection of movies and TV shows that can be streamed in 4K resolution. Keep in mind you will need to have a smart TV that supports 4K streaming.

A: Unfortunately, the service’s mobile apps do not currently support downloads of its shows. However, that feature could be added at a later date.

Q: Are Roku Channel premium subscriptions available outside the US?

A: At the moment, only US residents can sign up for premium subscriptions via The Roku Channel. Also, those subscriptions cannot be accessed via Samsung smart TVs or Amazon Fire TV devices.