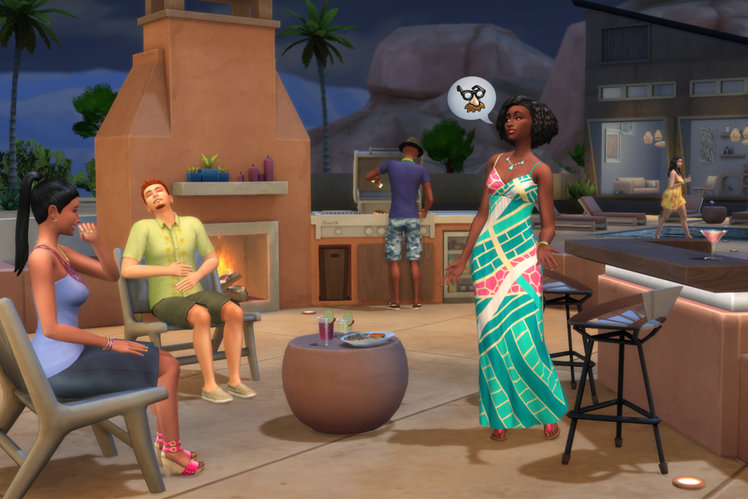 If you’ve got the urge to dive in and create a digital household, we’ve got good news, The Sims 4 will be free to play from October 18.

The game has been around since 2014, so we dare say that hardcore Sims fans have already played their fair share of it, but for everyone else, it’s the perfect time to give it a shot.

The Sims 4 will be free-to-play permanently on PC, Mac, PlayStation 4, PlayStation 5, Xbox One and Xbox Series X.

If you’ve already bought the game, you’ll be able to claim the newly released Desert Luxe Kit as a free gift, which includes themed furniture inspired by the Southwestern desert landscape.

EA Play and EA Play Pro members also get some bonus content and will be able to play with the Get To Work Expansion Pack and Toddler Stuff Expansion Pack.

Given that the Sims franchise has always relied heavily on expansion packs, even in the days before DLC became commonplace, the move to a free-to-play model makes a lot of sense.

Some have suspected that this move might mean the end of the road for The Sims 4, but that doesn’t appear to be the case.

In a blog post, EA stated “our team is more dedicated than ever to developing new and meaningful The Sims 4 experiences for our players and we will continue to develop and release packs, kits and Sims Delivery Express drops into the foreseeable future.”

You’ll be able to find out more about the future of The Sims 4 during the Behind The Sims Summit live stream. It takes place on October 18 via The Sims YouTube and Twitch channels.