AMD has become quite competitive when it comes to CPUs in the past few years. Not only does it have a solid lineup for desktops, but the company’s mobile processors have proven to be better than Intel on numerous occasions. In fact, the start of 2021 saw a number of laptop manufacturers preferring AMD’s newly launched Ryzen 5000 series mobile processors over Intel. AMD is already ahead of Intel as it has been using the 7nm architecture for a while now, while Intel is expected to finally move to 7nm by the end of 2021. This doesn’t necessarily mean that Intel-based laptops are incompetent. Intel is shipping its new 11th-gen Tiger Lake mobile processors based on the 10nm process. Not only is the new series expected to provide improved performance, but it should also be efficient in terms of battery life and brings the company’s new Xe graphics. 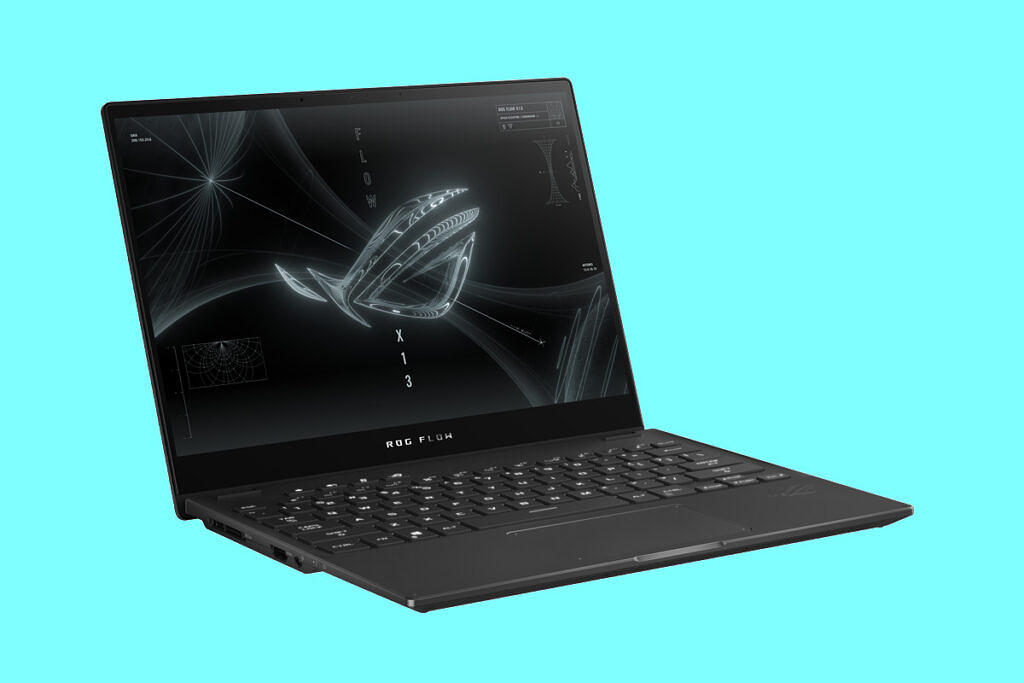 ASUS came up with its first 13-inch gaming notebook earlier this year and it’s unlike any notebook you’ve seen in the past. The ROG Flow X13 is a 2-in-1 convertible notebook that comes with the octa-core AMD Ryzen 9 5900HS and a limited ‘Supernova Edition’ that comes with the Ryzen 9 7980HS. These are mighty powerful chips, especially for such a thin and light notebook. In our testing, we found that the Ryzen 9 5900HS propels the ROG Flow X13 to be the most powerful 13-inch laptop on the market, and with the onboard NVIDIA GeForce GTX 1650 GPU, you can do some light gaming as well. Additionally, the laptop comes with a proprietary connector that can be used to attach an NVIDIA GeForce RTX 3080 GPU using the ROG XG Mobile. 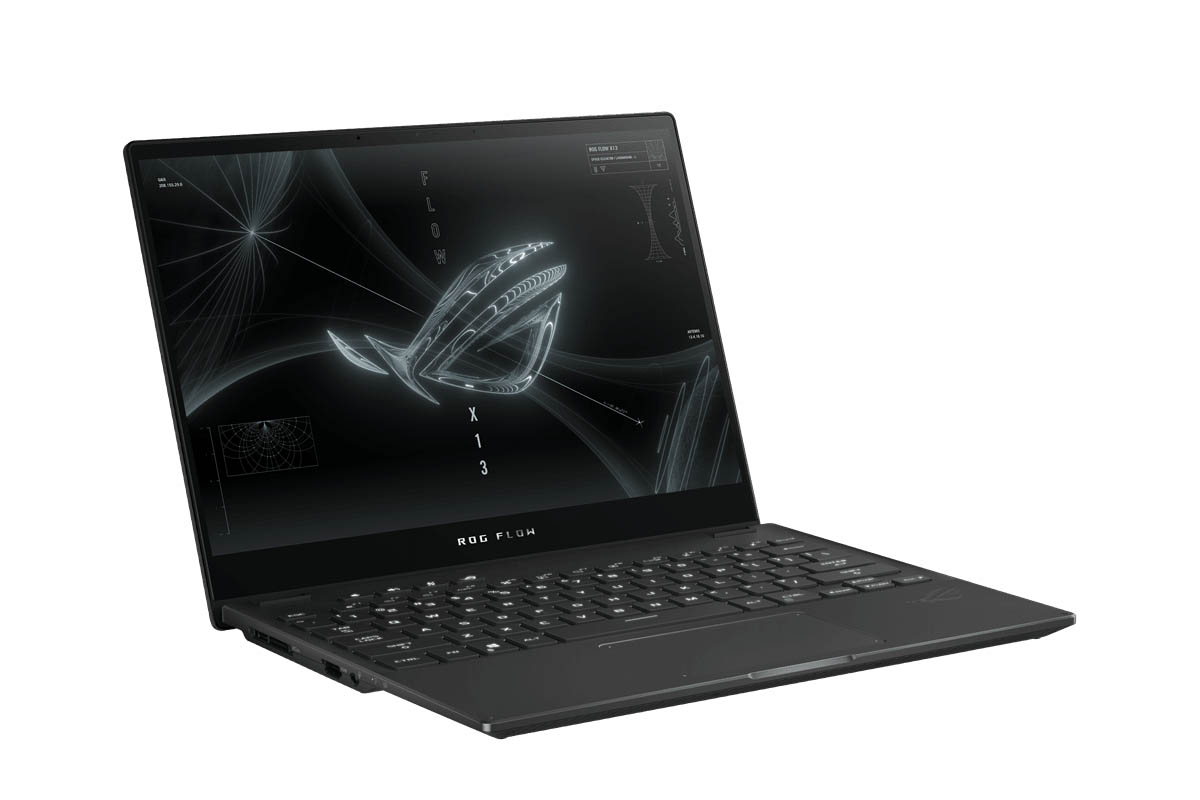 The ASUS ROG Flow X13 is currently the most powerful 13-inch notebook on the market today powered by the latest AMD Ryzen 9 5900HS and 5980HS. 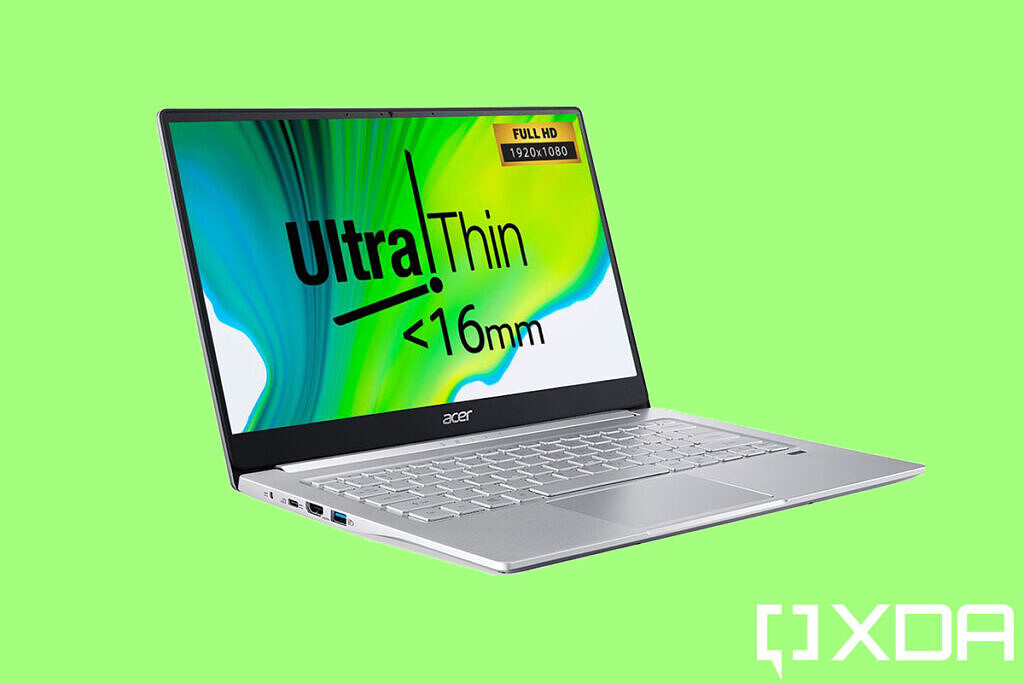 Available for under $700, the Acer Swift 3 is one of the most affordable options. Currently available with either the Ryzen 5 4500U or the Ryzen 7 4700U, the Swift 3 is meant for users looking for a light and sleek machine. The notebook offers AMD Radeon graphics and 8GB of DDR4 RAM, 512GB SSD, and a built-in fingerprint scanner for added security. There’s also support for the Alexa voice assistant allowing you to set reminders, timers, and alarms, create shopping and to-do lists, and so on. The company claims a battery life of 11.5 hours, but practically you should get at least 7-8 hours for your productivity tasks. 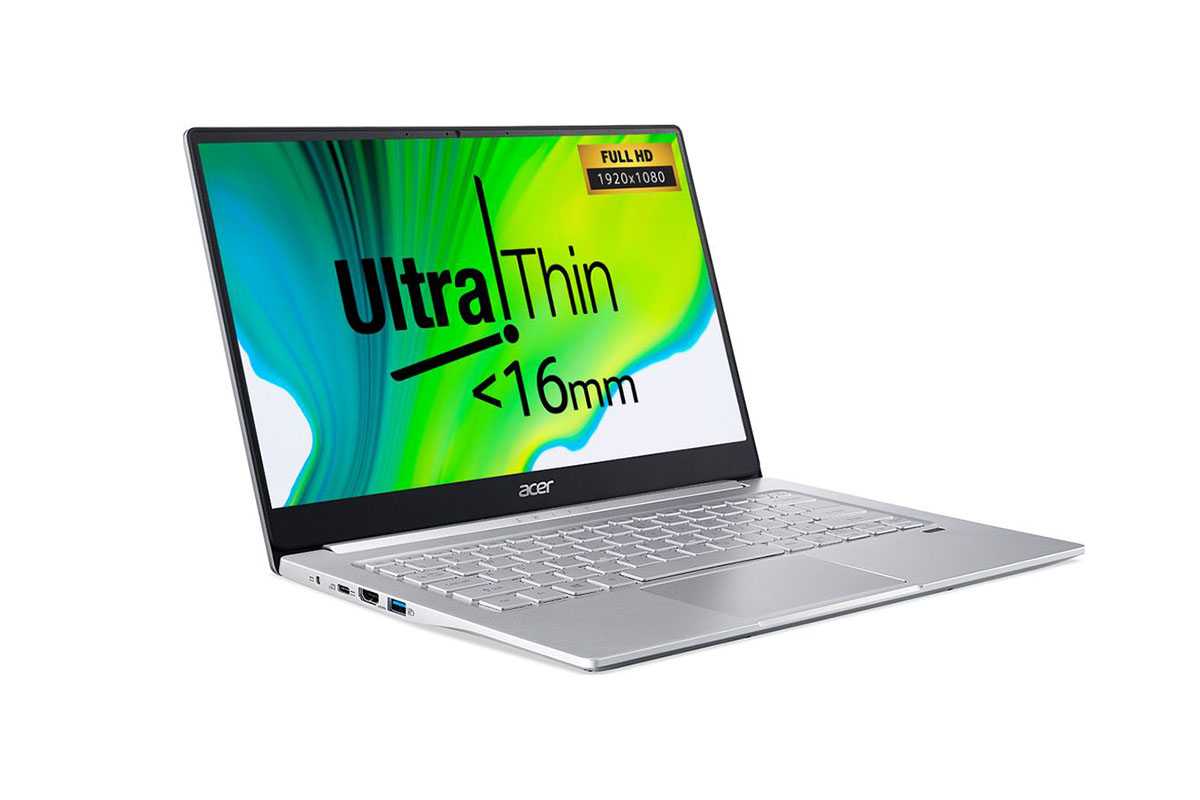 Apart from being one of the most affordable AMD Ryzen powered laptops, the Swift 3 from Acer is also one of the lightest and slimmest ones around. 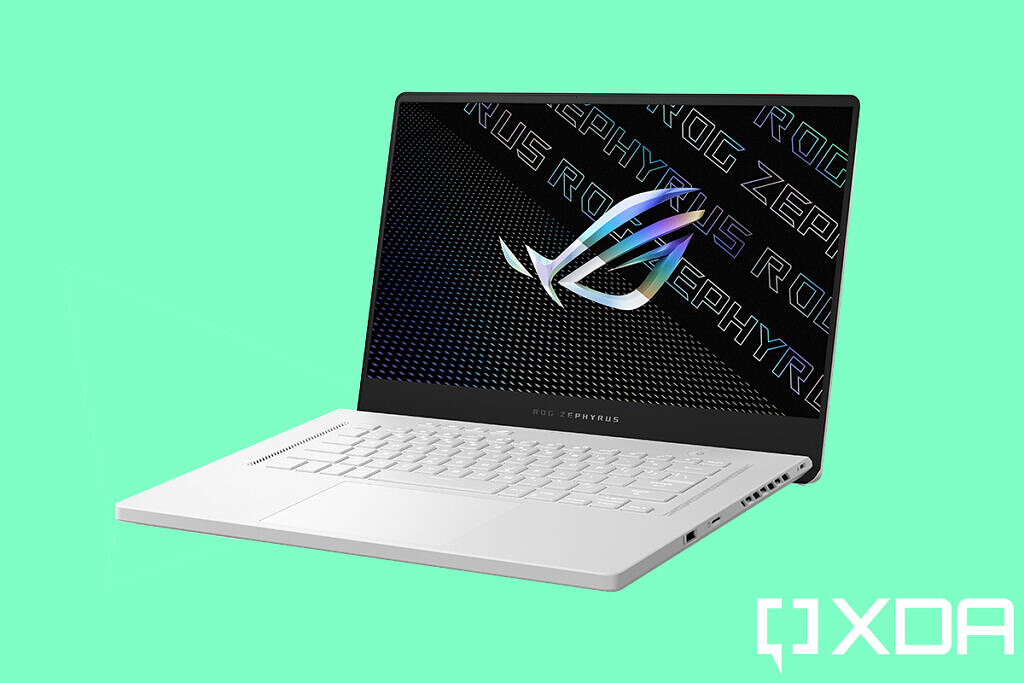 ASUS introduced an update to the ROG Zephyrus G15 this year aligning it more closely to the Zephyrus G14. It follows the same design philosophy, and while you don’t get the AniMe Matrix LEDs, the lid does come with a neat angular perforation design with a shiny metallic finish underneath. Currently, one of the first laptops to be introduced with new and powerful AMD Ryzen 5000-series mobile processors, the G15 should be your priority if you are looking for the best gaming notebook on the market. You can get the notebook with a Ryzen 9 5900HS which is an octa-core processor clocked at 3.3GHz and a boost of 4.6GHz. The notebook is officially said to support up to 32GB of DDR4 RAM and 1TB of SSD but you can get even more as listed by a seller on Amazon. It is recommended to confirm with ASUS before buying any of these options that are being offered with more memory and storage as listed by the company. 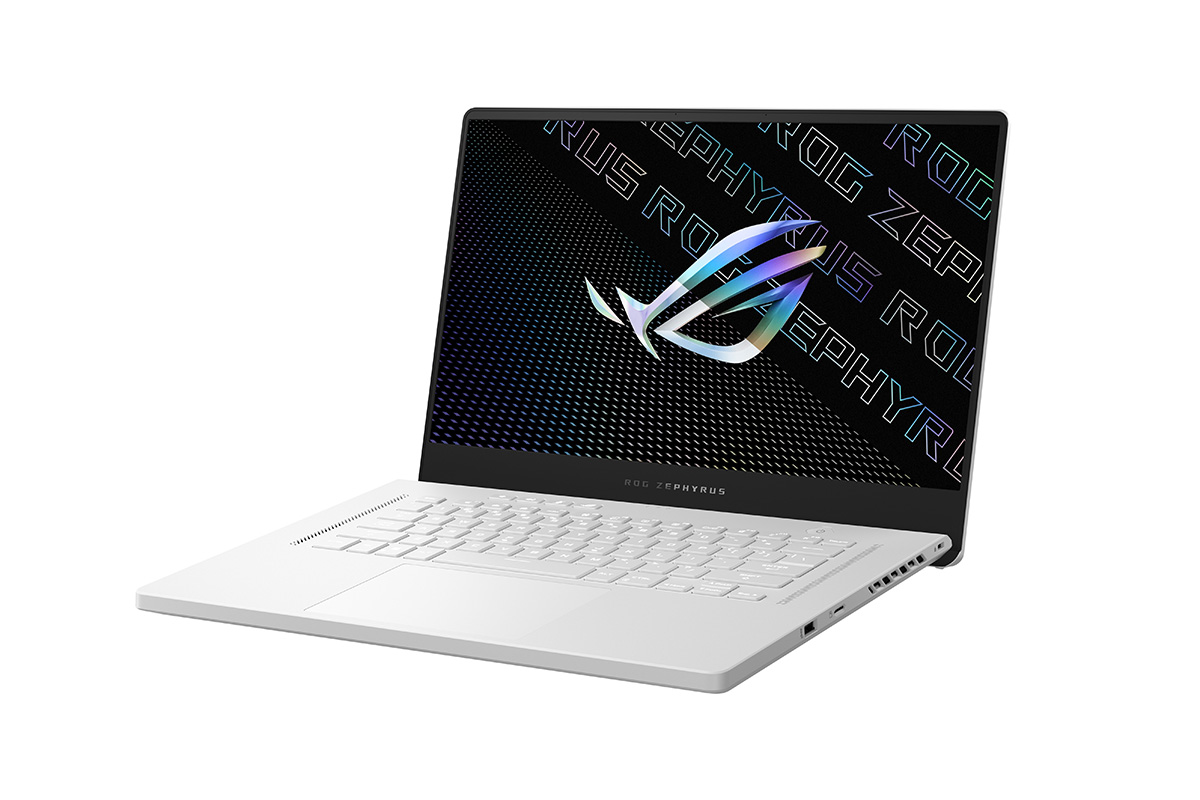 The new 2021 Zephyrus G15 brings an updated design similar to the G14 along with the latest AMD Ryzen 5000-series processor options. 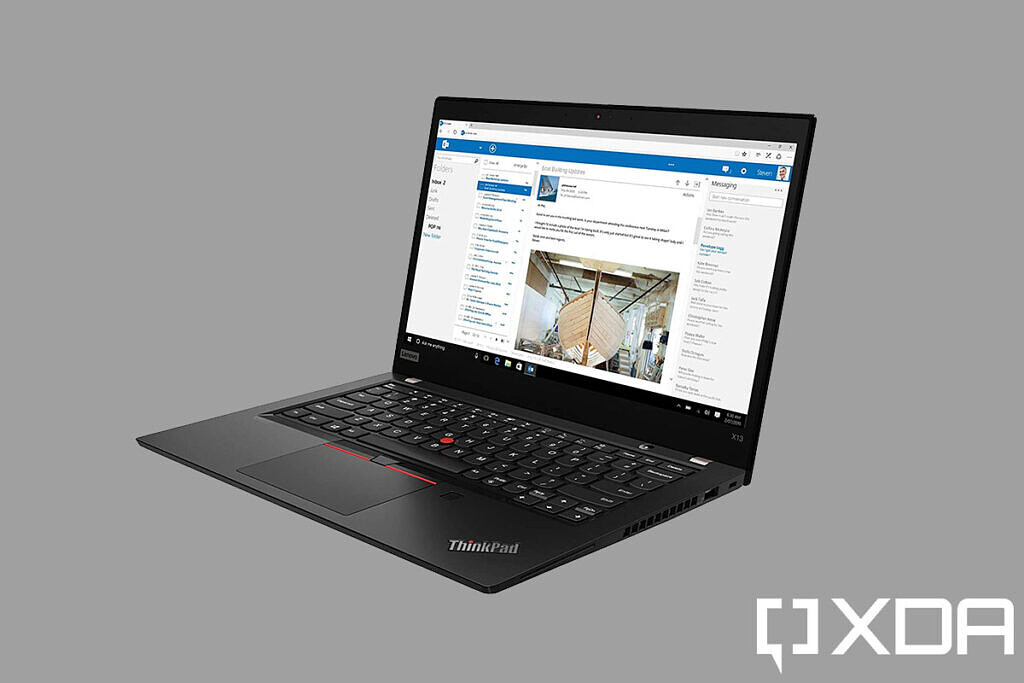 Lenovo’s ThinkPad lineup is a leader when it comes to business laptops. The Ryzen-powered ThinkPad X13 is a solid contender and offers great performance thanks to the Ryzen 5 Pro 4650U processor. The notebook also comes with 16GB of RAM and 256GB of storage. It isn’t the best-looking notebook but you get military-grade durability, a variety of ports, and an excellent keyboard. Battery life is rated to be around 8 hours in real-world usage, but overall this notebook should not disappoint. 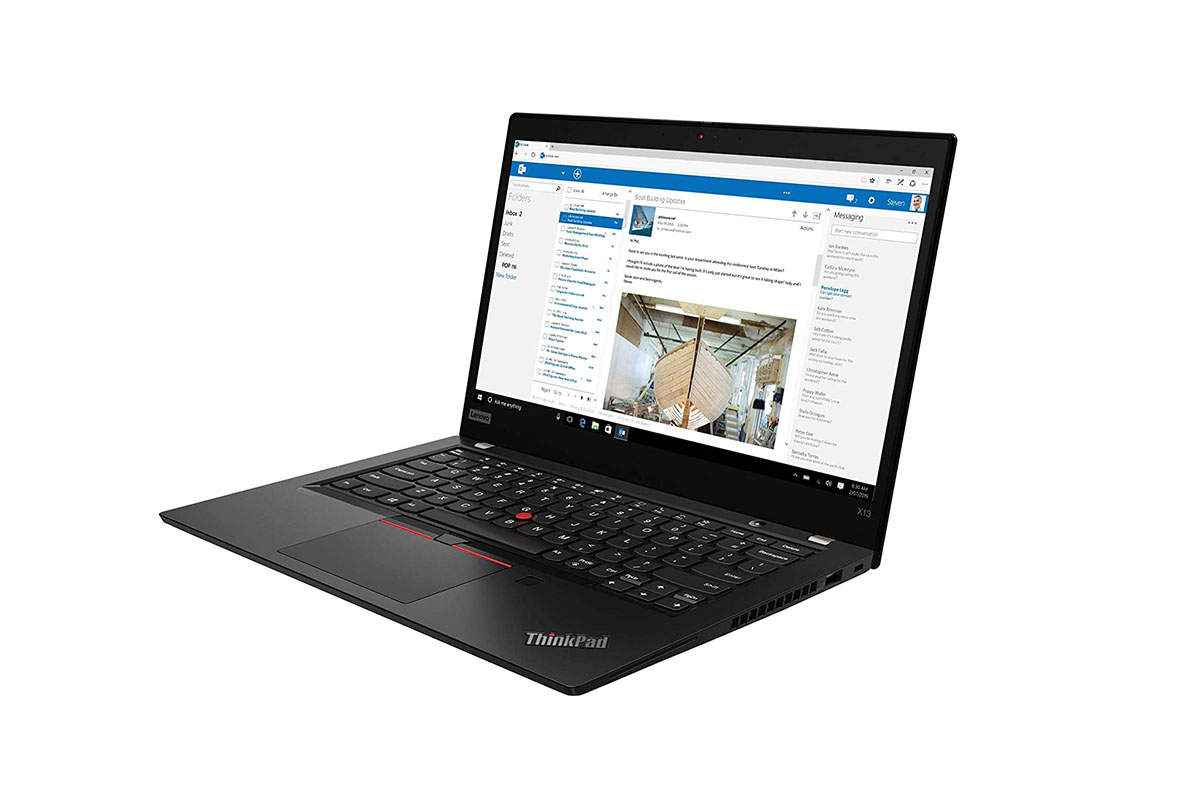 We recommend the ThinkPad X13 by Lenovo if you are looking for a business notebook powered by AMD’s powerful Ryzen processor. It offers an excellent keyboard, sturdy build quality and a good array of ports. 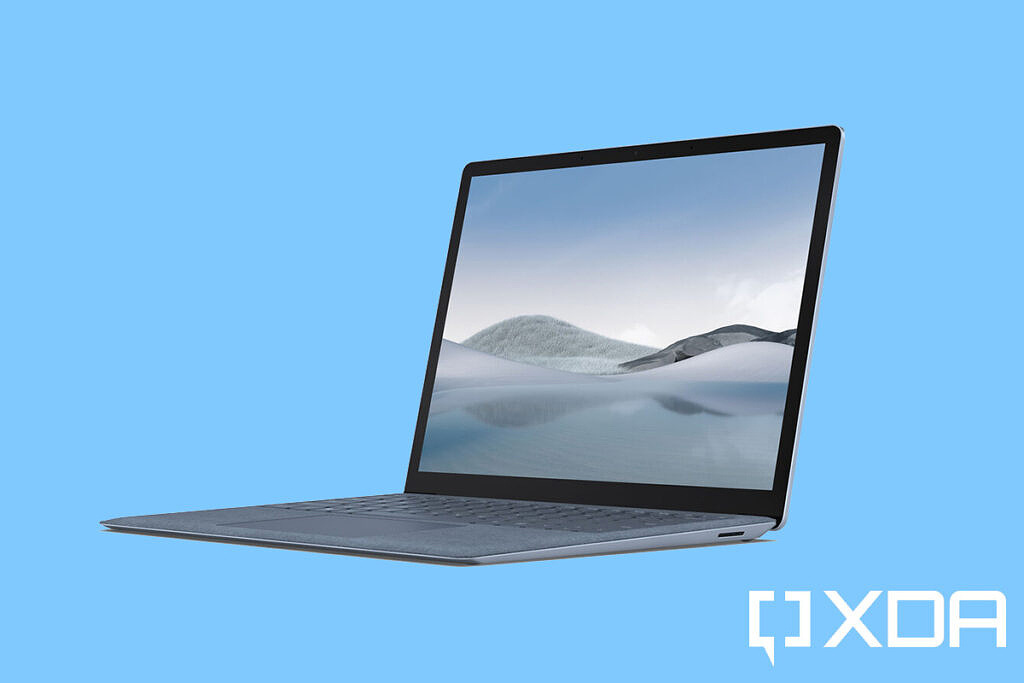 The combination of a Surface notebook and AMD’s Ryzen processor is unheard of, but that’s exactly what Microsoft did last year with the Surface Laptop 3. This year, Microsoft introduced an update with the Surface Laptop 4 which looks exactly the same as last year but is now available with the custom Ryzen 5 4680U and Ryzen 7 4980U processor options. Unlike last year, Microsoft is offering the new AMD chips on both the 13.5-inch and 15-inch models, thus giving an option to customers. Apart from that, you can get up to a whopping 32GB of LPDDR4x RAM, 1TB of SSD, and if you want more information, check our review of the Surface Laptop 4. 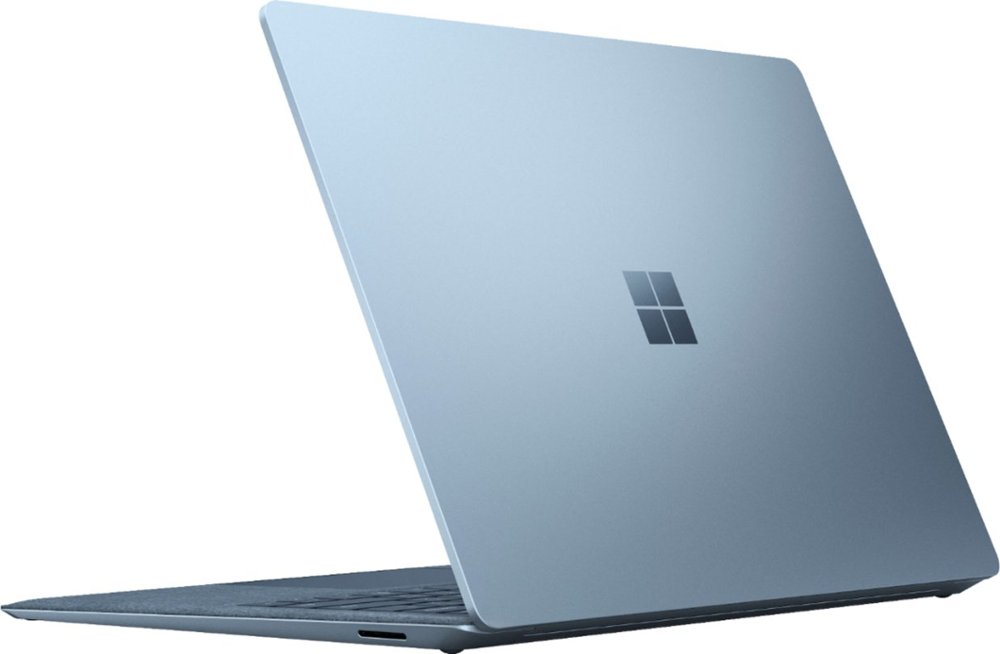 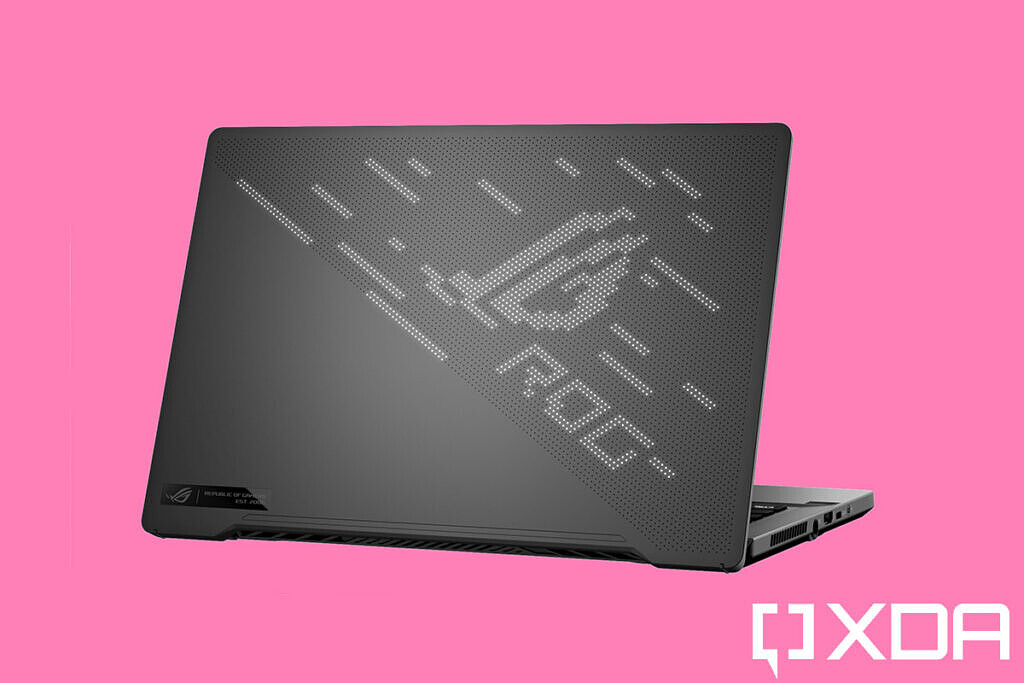 I repeatedly suggest the ROG Zephyrus G14 by ASUS for a reason. Apart from offering respectable performance, this notebook is also one of the best of the best ultraportable notebooks of all time. It might not offer you fancy RGB lighting, but the lid comes with white LEDs that act sort of like a retro secondary 8-bit display that you can fully customize. ASUS updated the G14 earlier this year and is now offered with the latest AMD Ryzen 5000-mobile processors with the latest NVIDIA GPU, the RTX 3060.

While overall the design is the same, you now get the option of an updated display that offers 1080p at 144Hz and 1440p resolution display with 120Hz refresh rate and even 144Hz in certain markets. The notebook is powered by the 8-core Ryzen 5900HS processor and is offered with up to 32GB of DDR4 3200MHz RAM, and 1TB M.2 NVMe PCIe Gen 3 SSD. As per a listing that we’ve seen, a seller is offering a third-party updated version of the notebook with up to 40GB of memory and 8TB of storage. It’s recommended to check with ASUS for compatibility before opting for anything above the officially listed specifications. 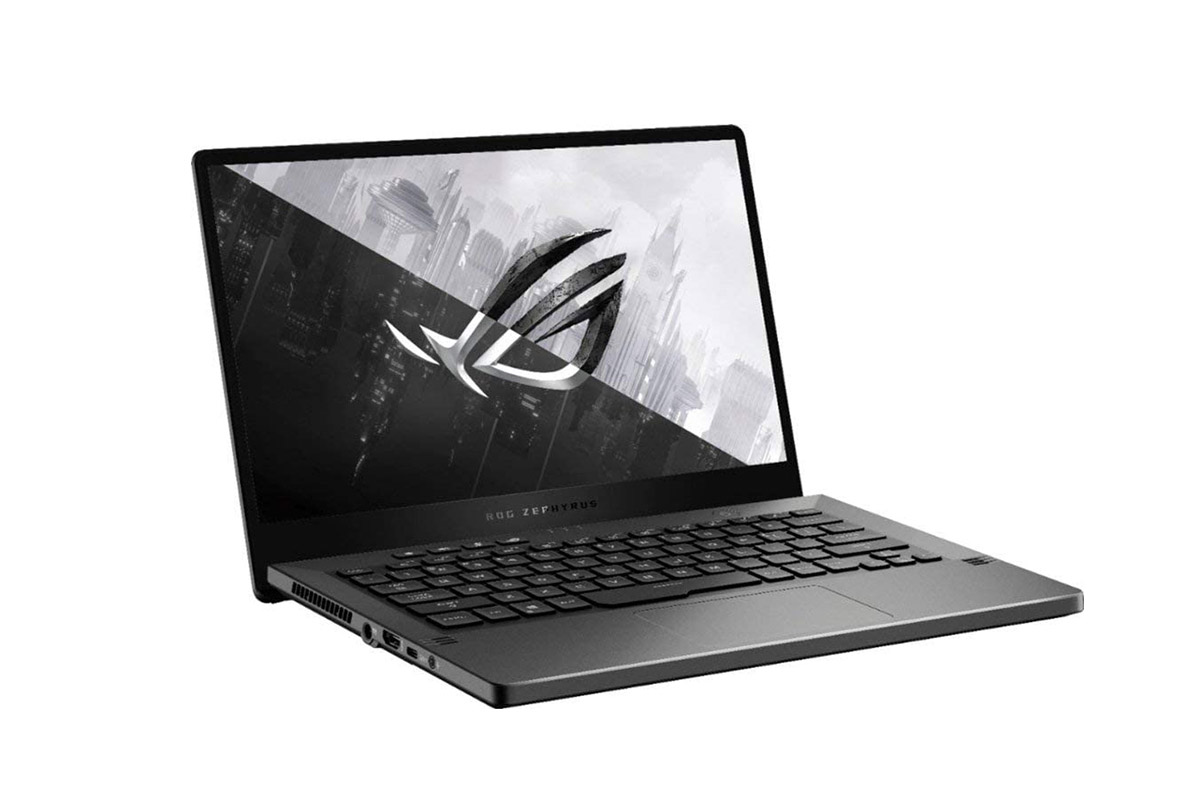 The ROG Zephyrus G14 offers an excellent blend of performance and a unique design language. This laptop is great for gaming as well as creative professionals who want a sleek looking machine.

As with the new ASUS ROG Zephyrus lineup, we’re expecting more laptop options from other manufacturers with the new AMD Ryzen 5000-series mobile processor to hit markets very soon. Also, check out our list of the best laptops to buy in 2021, or if you want to stick to something cheaper, check out the best Chromebooks around in 2021.

The post These are the best AMD Ryzen laptops in Summer 2021: Surface Laptop 4, ROG Zephyrus G15 and more appeared first on xda-developers.