Samsung’s Galaxy A51 was the best-selling Android phone in 2020, with more than 23 million units shipped across the world. This year, Samsung has delivered a strong sequel, available in both 4G and 5G models (depending on the region). Thankfully, there are plenty of Galaxy A52 5G cases available from a wide range of companies, so there’s no shortage of options for protecting your shiny new phone.

Samsung is selling two variants of the Galaxy A52, with availability depending on the region. The Galaxy A52 4G is the cheaper of the two, with a 6.5-inch 90Hz display and a Snapdragon 720G chipset. On the other hand, the main selling point of the Galaxy A52 5G is the 5G connectivity, but it also bumps the display to 120Hz and includes a slightly better Snapdragon 750G chipset. Despite the internal hardware differences, both phones have the same exact physical dimensions, so cases made for one model will work with the other. 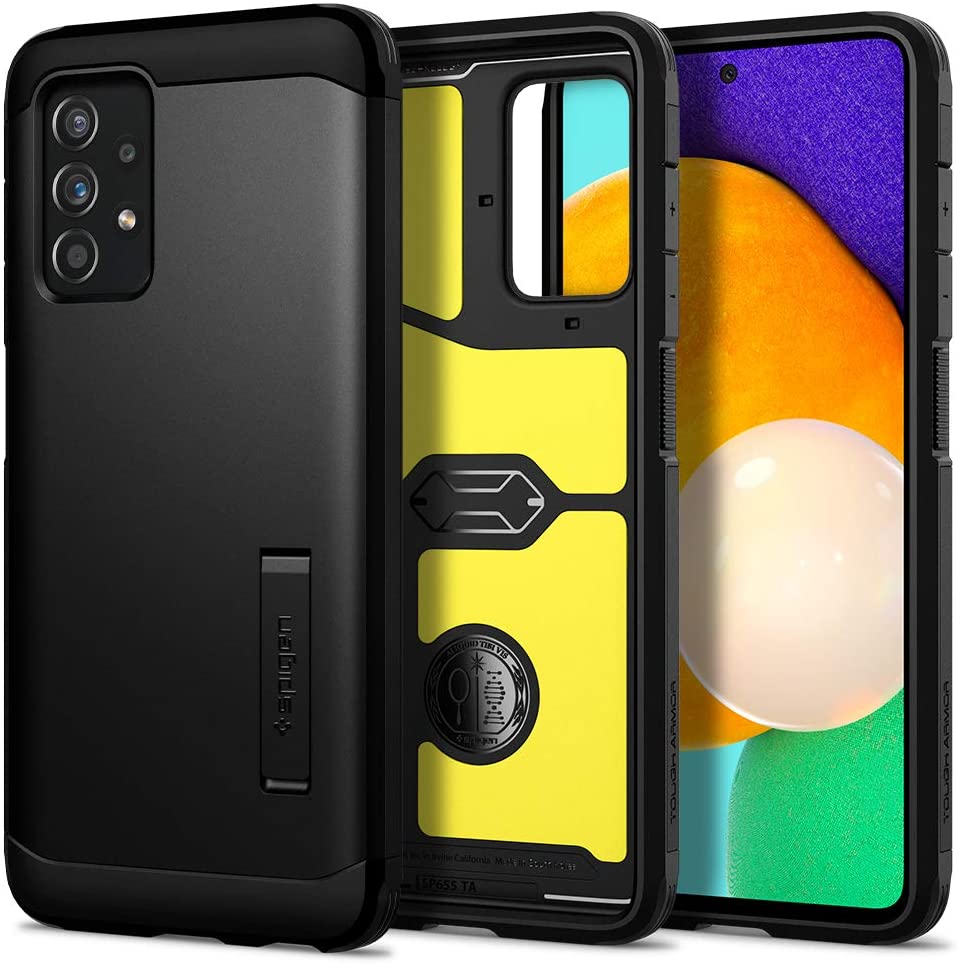 Spigen has produced its Tough Armor cases for hundreds of different phones over the years. It uses both TPU and Polycarbonate materials to protect your phone, and there’s even a kickstand! 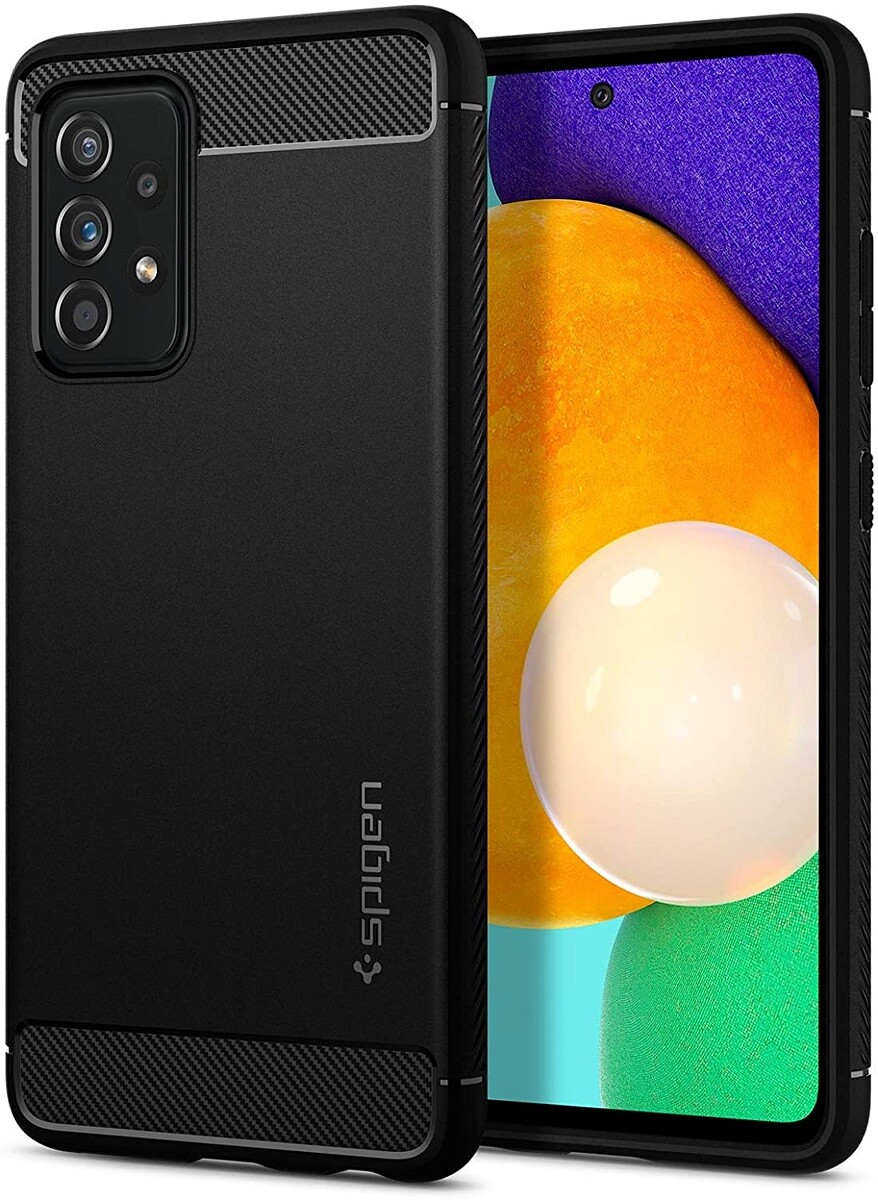 This case strikes a good balance between protecting your phone and not adding bulk, with its flexible TPU design and slightly-raised bezels. 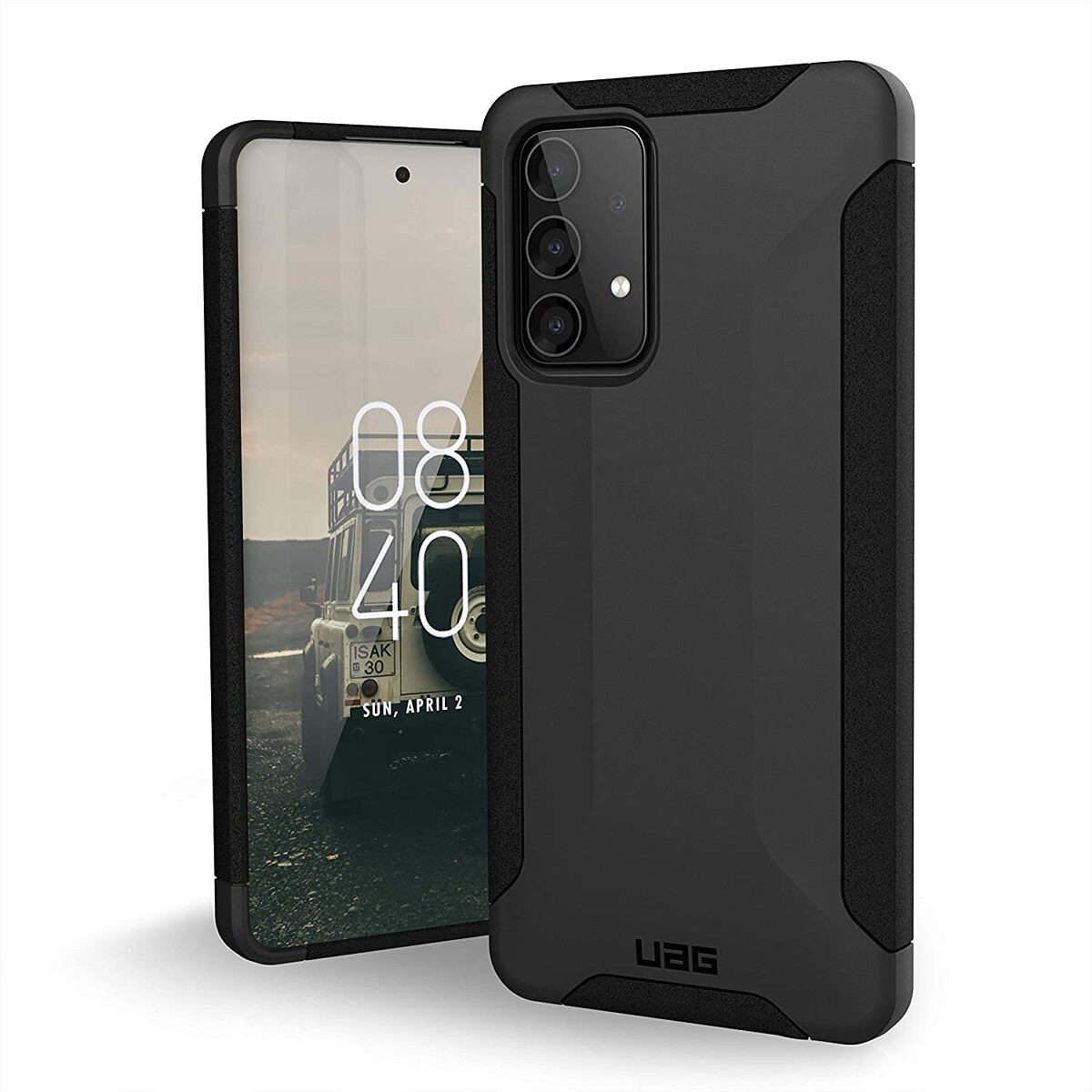 This gray-and-black case has a boxy design and rubber grips, giving it a functional and understated design. 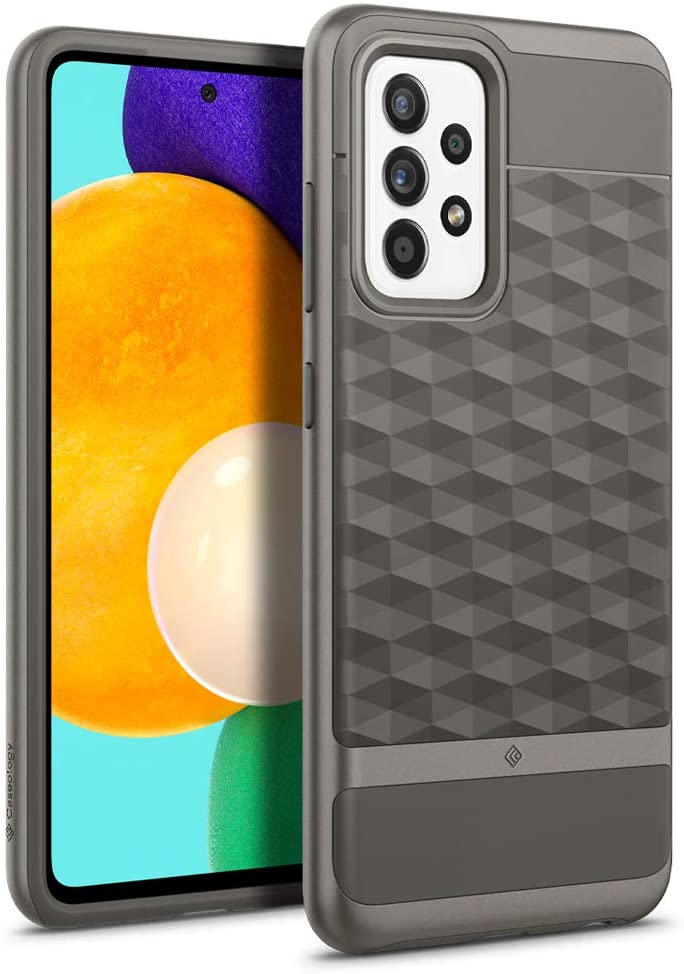 Caseology has offered the same iconic case design for years, and this version for the Galaxy A52 is available in three colors. 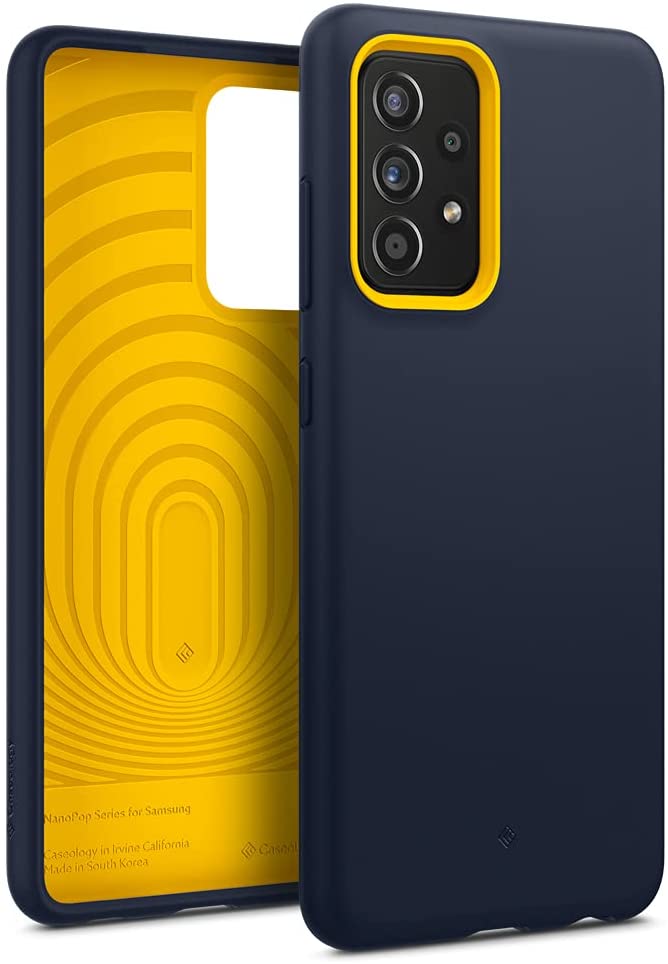 This minimalist case has three available accent colors that add a bit of flair: blue with yellow, purple (in two shades), and black with blue. 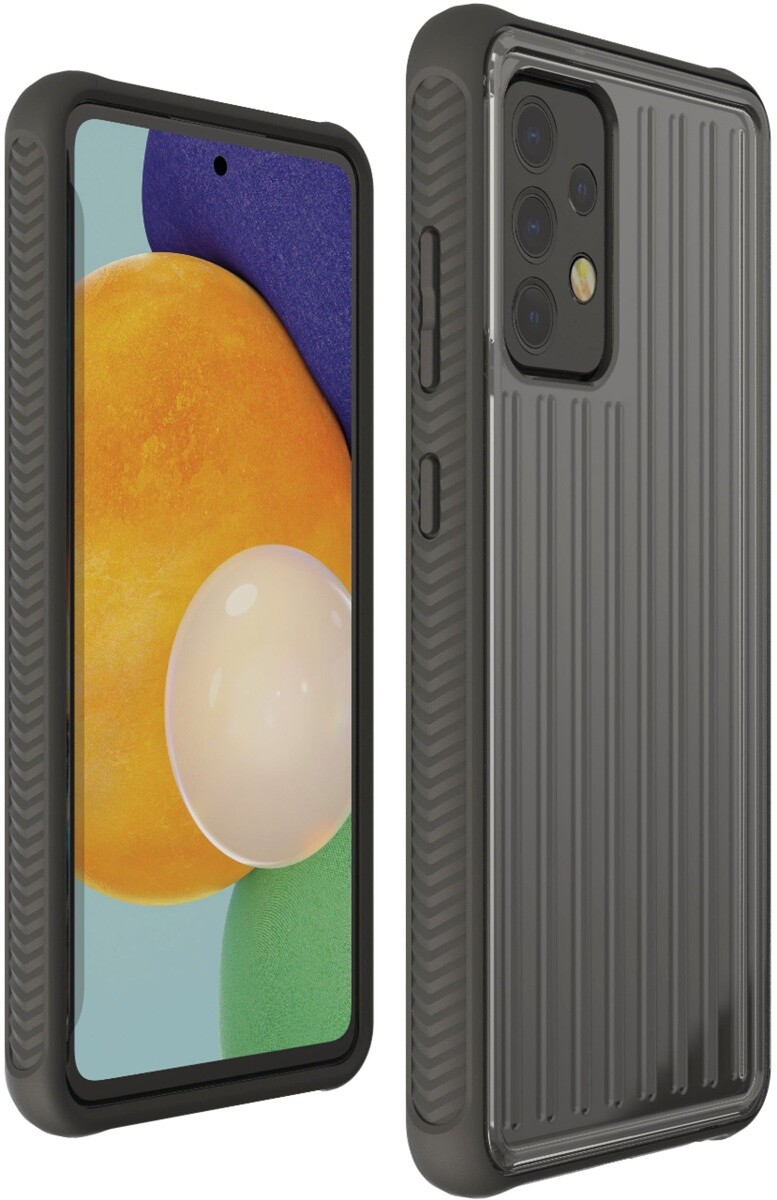 This case is a great option if you want the best possible protection with a clear design, though it does look a bit like a suitcase. There’s also a rubber edge for easier grip.

Case with a view

This official wallet cover from Samsung has a hidden pocket on the inside for cards. The small window at the top for the display lets you check calls, alarms, and events without opening the case. 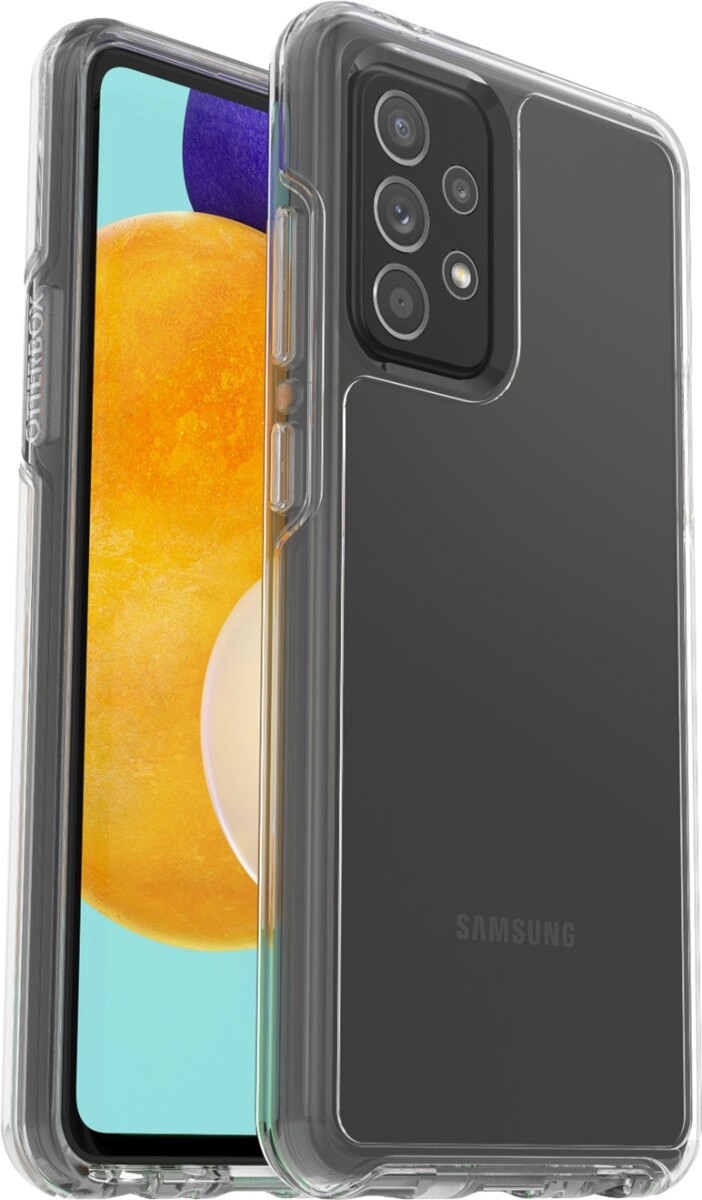 For the OtterBox fans

There are cheaper clear cases in this list, but if you’re a fan of OtterBox’s incredibly-durable smartphone cases, this might be the one for you. It’s made with more than 60% recycled plastic, too. 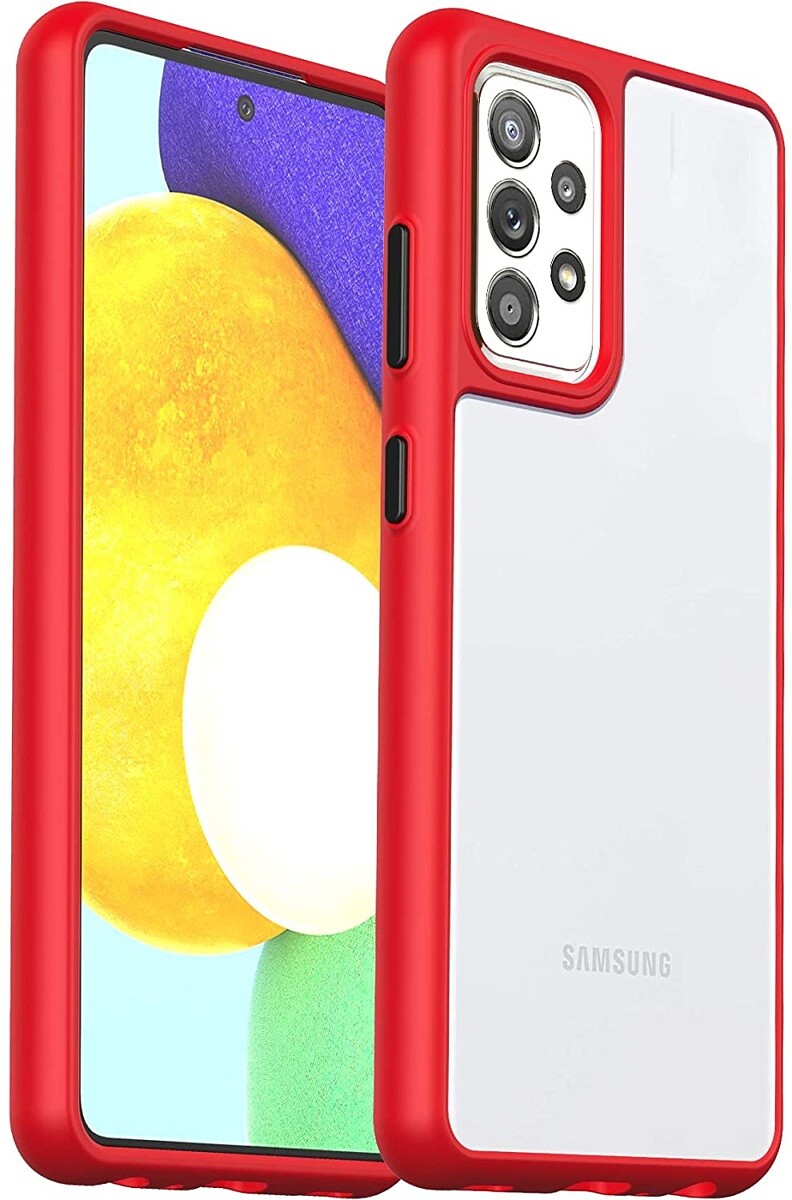 This translucent matte case from Ferilinso has one of four accent colors wrapping around the sides: black, blue, red, or green. 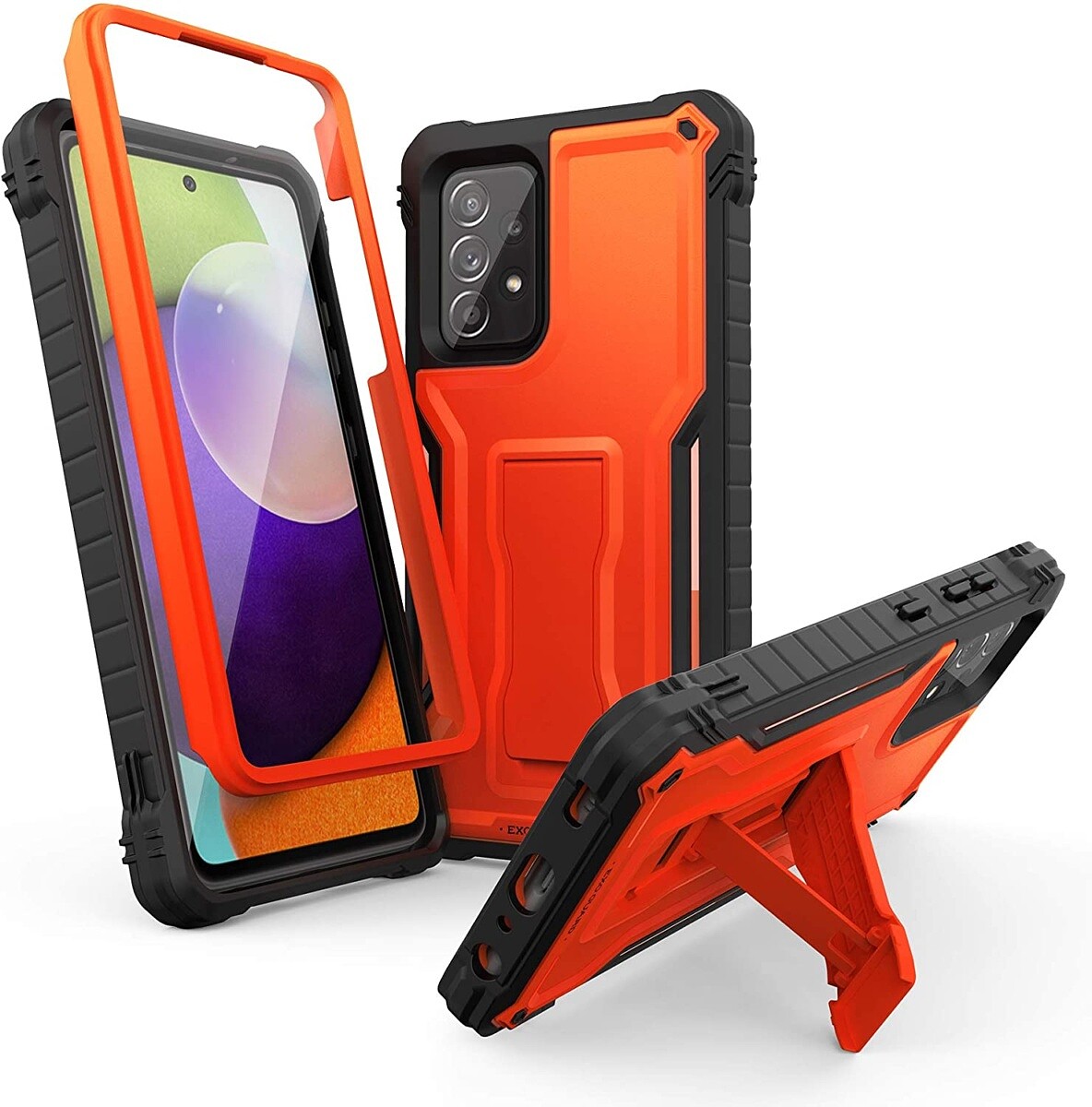 This is one of the larger cases on this list, with a 4mm raised edge around the screen and camera bump. There’s also a kickstand and integrated screen protector, and it’s available in five colors. 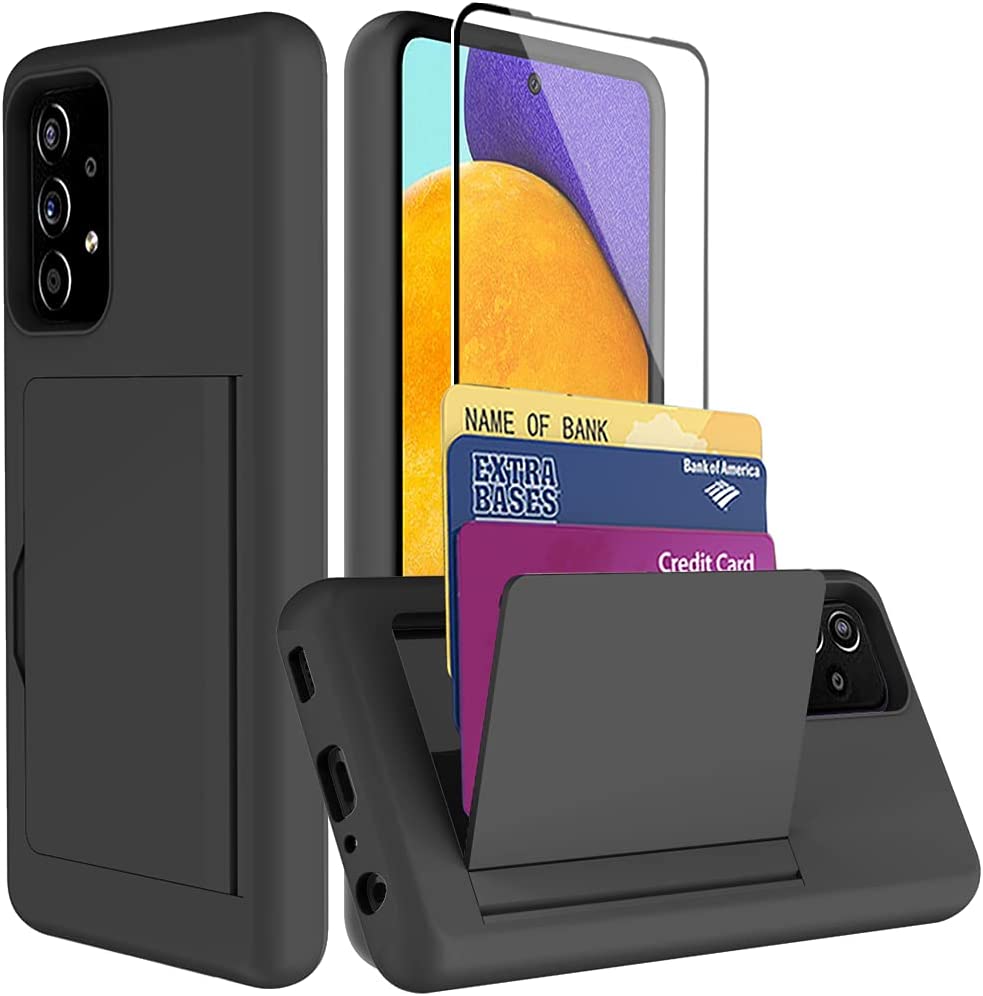 This case’s design isn’t anything to write home about, but it does give you enough room for two cards. It’s available in black, purple, and red. 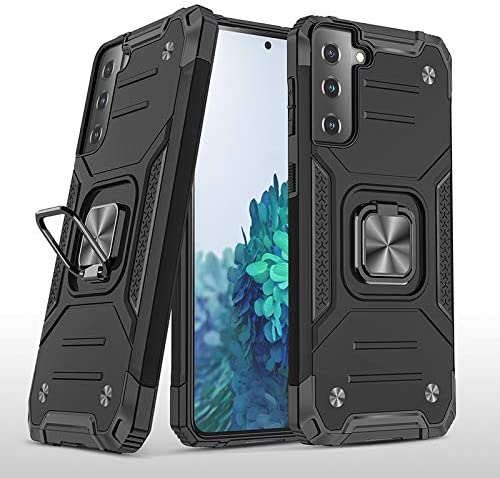 One ring to rule them all

This case has an integrated finger ring for better holding, which can also function as a kickstand. The case has a screen protector, too.

Hopefully, the above cases give you enough options for design, function, and durability. Some case manufacturers tend to avoid selling cases for budget phones, preferring instead to focus their attention on flagship phones from Apple and Samsung, but thankfully that doesn’t seem to be true for the Galaxy A52 5G.

I’ve always been a fan of Spigen, and I buy one of the company’s cases for nearly every phone I keep around. My personal favorite style (the Liquid Air Armor) isn’t available for the Galaxy A52 5G, but the Tough Armor and Rugged Armor cases are also excellent options that I’ve used in the past, and Spigen has brought both of them to the Galaxy A52. Caseology’s Nano Pop is also one of my top choices here, as it has a simple design with a flash of color. You won’t go wrong with these, and you won’t go wrong with the rest of the list either.

The post These are the best cases for the Samsung Galaxy A52 5G: Spigen, Caseology, Otterbox, and more! appeared first on xda-developers.