Samsung’s second-generation foldable phone is now finally available to buy and as we said in our Galaxy Z Fold 2 review, it’s probably our phone of the year!

The Galaxy Z Fold 2 brings several improvements including a new hinge that can be stopped at any angle, a wider front screen, a pinhole camera instead of that awful notch, and far more. There are also optimizations thanks to close partnerships with Google, where Duo and YouTube display controls on half the screen and video on the other half, and Microsoft, where you can work on a Powerpoint and Excel sheet side-by-side from within the Office app.

The Samsung Galaxy Z Fold 2 is $1,999 in the US. Although fairly expensive, it’s only priced at $20 more than the price of the original Galaxy Fold, despite the vast range of improvements it brings. For one of XDA’s favorite phones of the year, the Fold 2 is worth the price of admission. Check out the best Galaxy Z Fold 2 deals below!

Best Unlocked Galaxy Z Fold 2 Deals in the US

In the US, you can pick up your Z Fold 2 with a unique hinge from the Samsung Store, or save a little money at Best Buy.

Samsung is doing things differently with the Galaxy Z Fold 2, allowing you to customize it and truly make it your own. You have a choice of hinge colors so you can get creative with the style of your phone. If you place a pre-order, you can get up to $1,000 credit when you trade-in the Galaxy Fold or Galaxy Z Flip, or up to $650 with other devices. 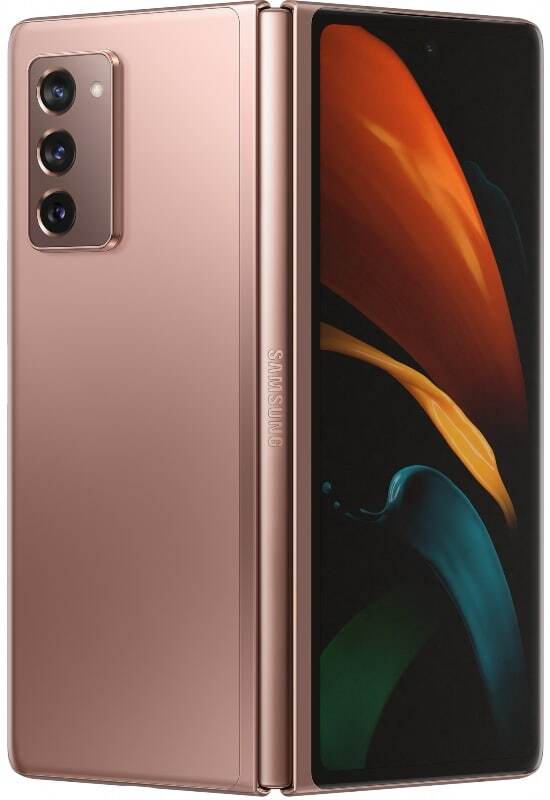 Forget the rest of the deals – if you want to save a bundle on your unlocked Galaxy Z Fold 2 and have a recent phone, Samsung’s trade-in offer is the best. You can get up to $650 credit and if you have the original Z Flip or Galaxy Fold, you can save $1,000 on your new Galaxy Z Fold 2!

Trade-in at Samsung and save

Depending on what you’re looking for, you can get some Galaxy Z Fold 2 deals at Best Buy. For an unlocked phone, you’ll save $50 if you activate today, but you need to cough up the remaining amount upfront. If you need a payment plan, you can sign up for a Verizon carrier phone for a 24-month payment plan, or AT&T for a 30-month payment plan.

See all the options at Best Buy!

The Galaxy Z Fold 2 is available again on Amazon! It will be in stock on November 9th, but you can buy the phone now and have it at your door in two days with Prime shipping. While Amazon isn’t offering any sort of discount at this time, the ease of ordering through Amazon might be enough to entice those that don’t have a phone to trade in.

Buy the Galaxy Z Fold 2 at Amazon, and get the device as early as November 11! While Amazon doesn’t have a deal for the foldable right now, if you don’t have a good trade-in value on your phone, the convenience may be worth it.

Best Carrier Galaxy Z Fold 2 Deals in the US

Of course, some major carriers are also selling the Galaxy Z Fold 2. Here are the best deals for each of them:

Get your Galaxy Z Fold 2 on Verizon! On Verizon’s standard device payment program, the Galaxy Z Fold 2 will cost you $83.33 per month over 24 months ($1999 retail price). They also have no last then 10 promos available for the device, which is… a lot. Here are the highlights:

Get the full power of Verizon’s 5G mmWave network with the Galaxy Z Fold 2. Verizon has a range of promotions available, including big discounts and free games.

See the Deals at Verizon

The post These are the best Galaxy Z Fold 2 Deals right now appeared first on xda-developers.