Xbox Series X|S may feature a plethora of high-end features and plenty of power to back them up, but ultimately they’re designed as consoles to be used with a controller in hand. Still, Microsoft has baked in full mouse and keyboard support into the powerful gaming machines to allow players to eke even more control out of their favorite games. There’s an unfortunate lack of keyboards explicitly designed for use with Xbox consoles, but many of the best keyboards for Xbox Series X, Series S make wonderful companions.

The Razer Turret is the first (and only) officially licensed Xbox keyboard and mouse and is fully compatible with both the Xbox One and Xbox Series X|S. It features a lappable wireless design for comfortable couch gaming, is lined with mechanical keys, and has a dedicated Xbox button. It’s weighty and feels outstanding in hand. Premium features and fantastic design make this an excellent choice, if you can overlook that expensive price tag. Includes a keyboard and mouse.

Cut the tether with the Logitech G613 wireless keyboard, positioned as the ultimate cable-free solution for gamers. Wireless is increasingly appealing, especially with console gaming, and Logitech boasts a 1ms report rate with its in-house Romer-G mechanical switches. With up to one year of battery life, this is the best hassle-free keyboard for Xbox, including the Series X|S. Includes just a keyboard.

Razer’s fan-favorite BlackWidow line goes fun-sized with this mini model, ideal when looking for a more compact keyboard or simply cutting back the cost. That includes Razer’s orange switches for high performance without disruptive noise, a removable cable for secure storage, and all the RGB lighting you’ll ever need. Includes just a keyboard.

If you want to dip your toes into gaming on the Xbox Series X|S with a keyboard and mouse without emptying your savings, Logitech makes a wonderful MK270 bundle that often comes in for $25 or less. This bundled package offers little more than the bare essentials to get started, but you’ll still be pleased with the quality on offer for the price. Includes a keyboard and mouse. 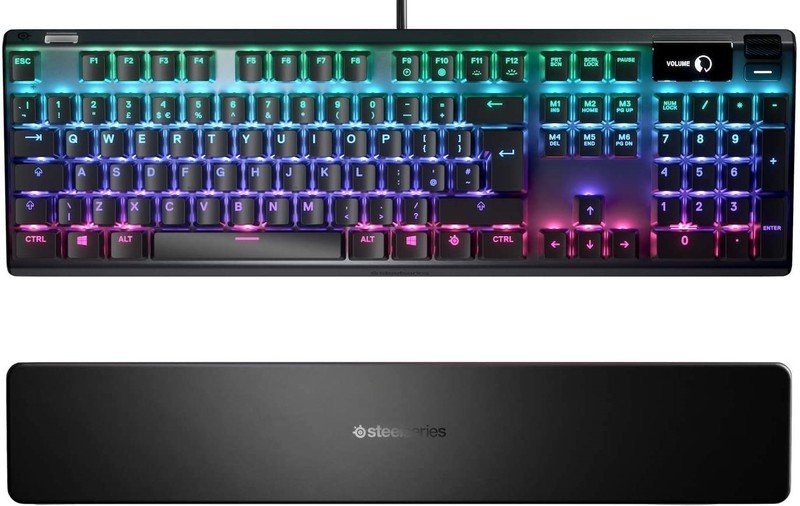 The Apex Pro packs all you need from a gaming keyboard, although paired with an equally premium price. It’s a sturdy RGB-draped peripheral built for daily gaming, with changeable actuation on a key-by-key basis for insane customization. Moving custom profiles from PC to Xbox One is also simple too via onboard storage. Includes just a keyboard.

Corsair’s K63 is ideal for living room gamers, offering a couch-friendly, and more affordable, “lapboard” alternative to the Razer Turret. This setup centers around its K63 mechanical keyboard, featuring Cherry MX Red switches. Its accompanying detachable lapboard creates a cohesive surface for mouse and keyboard use. Unfortunately, it can be very difficult to find. Includes just a keyboard.

The best keyboards for console gaming

The Xbox Series X and Xbox Series S ushered in a new generation of gaming, but they’re not leaving the old generation or its features behind. Microsoft’s current-gen powerhouses continue to support mouse and keyboard input, letting you get the most out of games that support mouse and keyboard input on Xbox, many of which are some of the best games on Xbox. No matter your choice from this list, you’re practically guaranteed to have a blast with any of these supported titles.

If you’re looking for a more affordable keyboard that still lets you cut the cable, the Logitech G613 is an all-around excellent keyboard for the money. Its use of a USB dongle makes it a good choice for Xbox gaming, and it’s a no-frills gaming keyboard that gets the job done. You’ll have to buy a separate mouse to pair with it, though, and the G613 isn’t the most lappable keyboard around. Of course, you can always just play the old-fashioned way with one of the best Xbox controllers, instead.